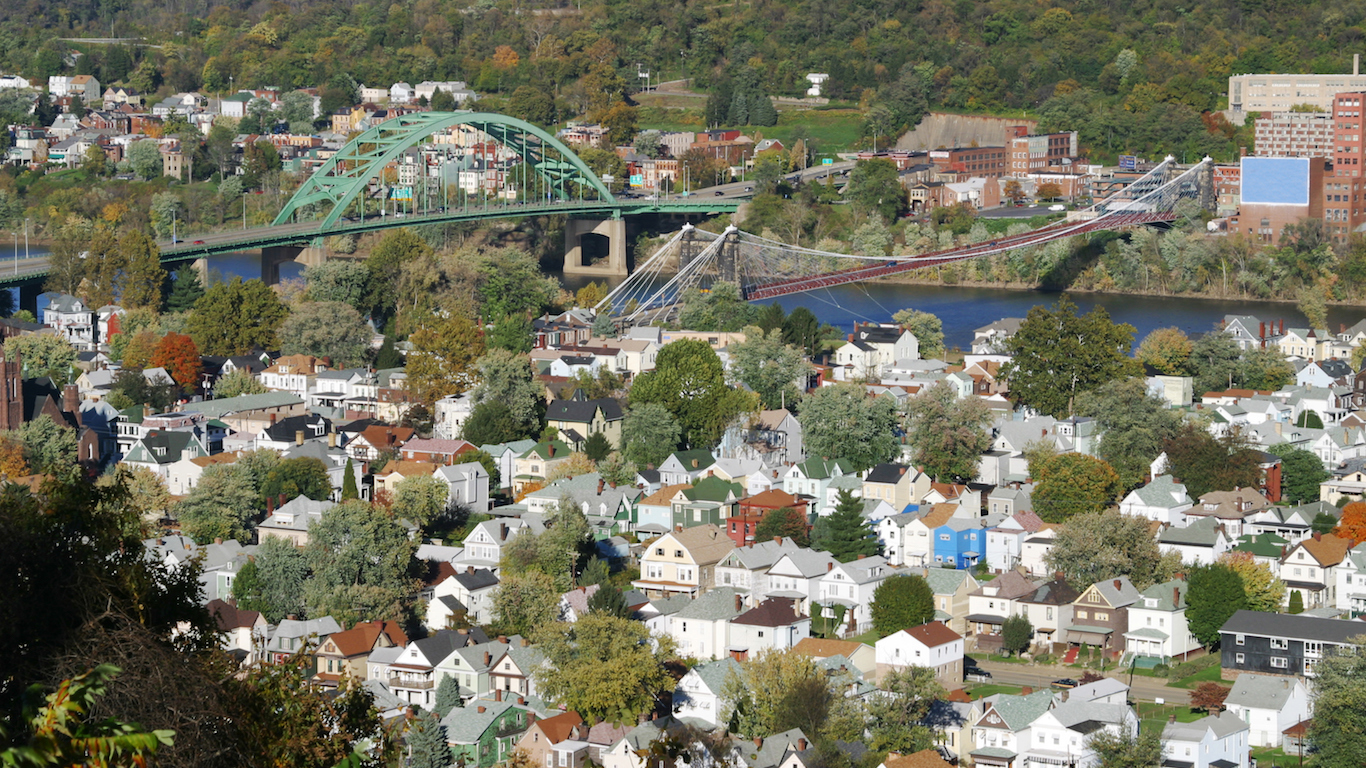 Between 2011 and 2016, Wheeling’s population shrank by 2.8%, even as the U.S. population expanded by 3.7%. Wheeling, like many cities with shrinking populations, has a relatively high unemployment rate, at 6.5%, compared to the national unemployment rate of 4.7%. An area with fewer job opportunities is less likely to attract new residents.

Metro areas with declining populations almost always also have relatively stagnant or shrinking economies. Wheeling is the exception. The city’s GDP expanded at an average annual rate of 3.5% between 2011 and 2015, one of the largest regional GDP growths in the country. 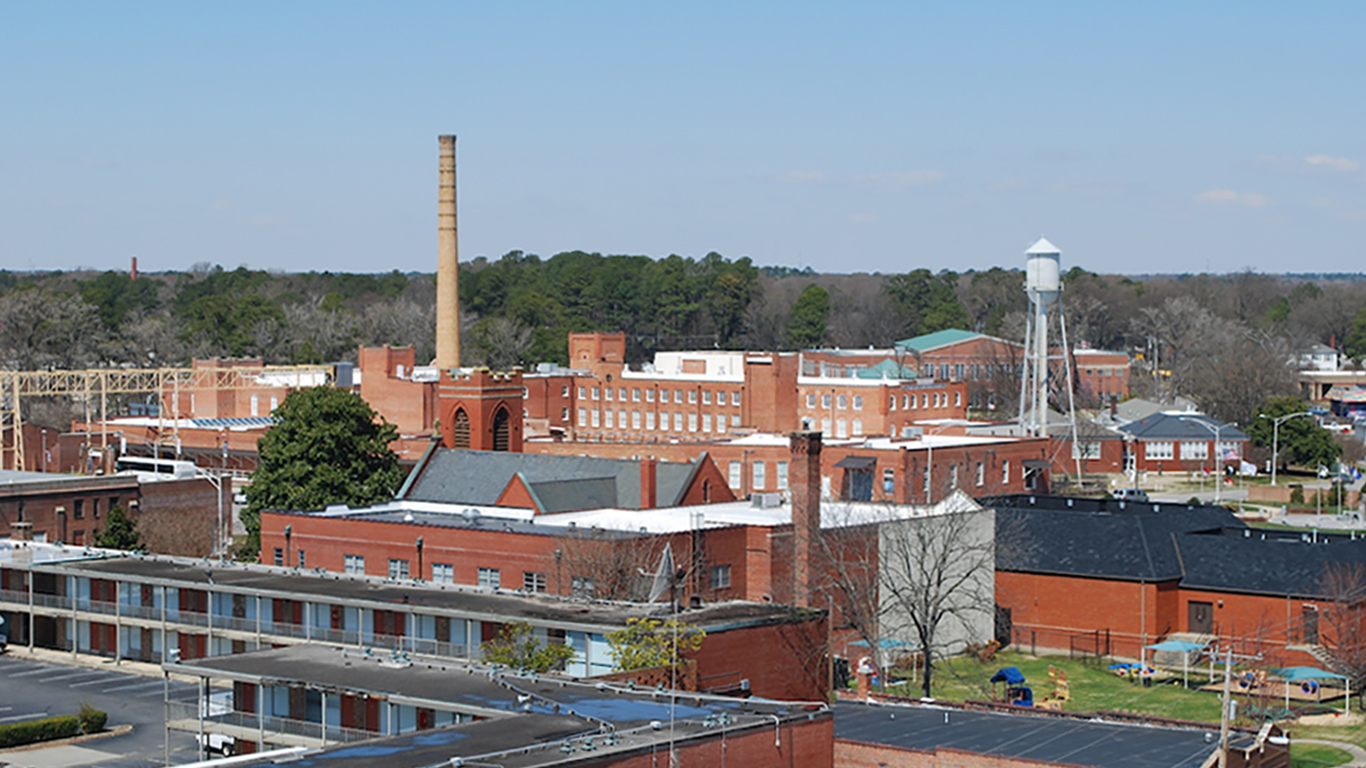 Unlike North Carolina’s largest cities, Charlotte and Raleigh, which reported robust metro area population growth rates of 9.7% and 12.0% respectively, Rocky Mount’s population declined by nearly 3% between 2011 and 2016. As is almost always the case in areas with declining populations, the value of property in Rocky Mount is relatively low. The typical area home is worth just $104,700, versus the national median home value of $194,500. 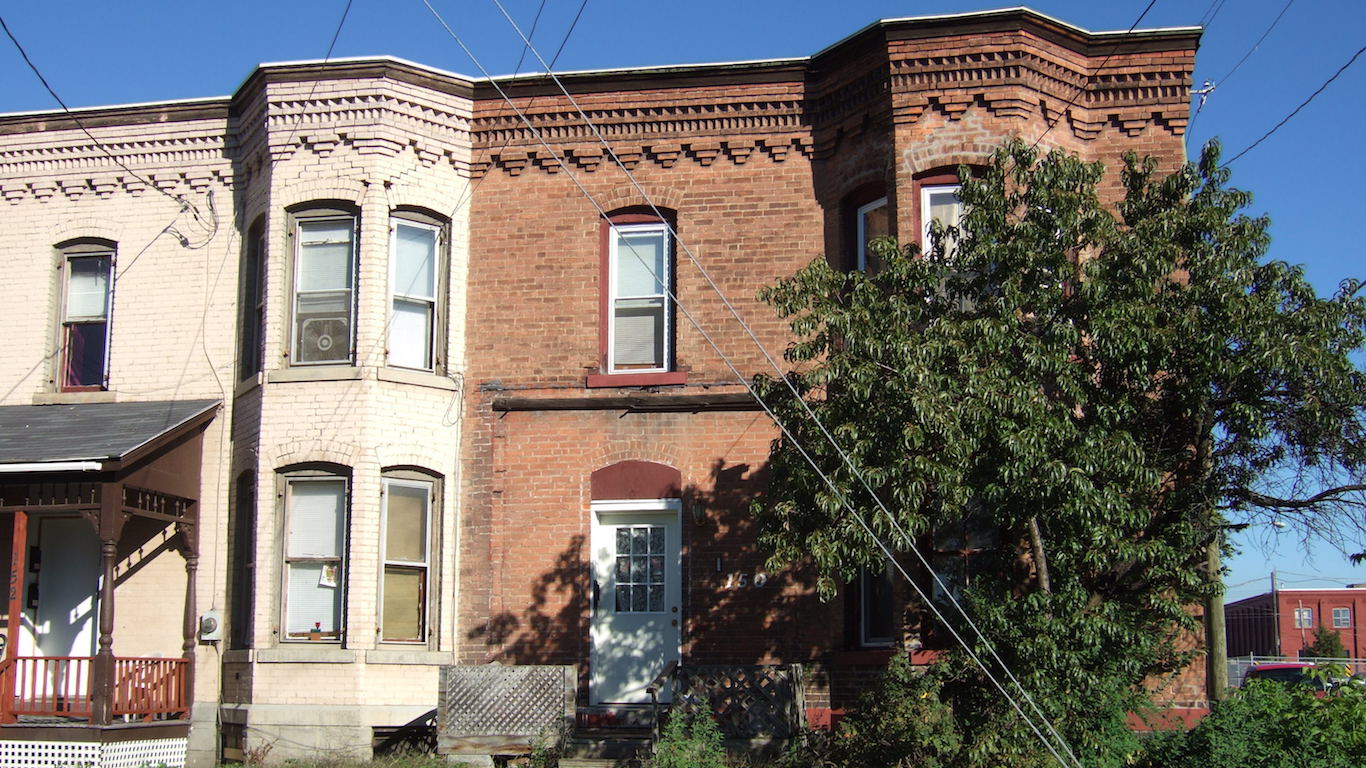 The Elmira metro area’s population has declined by 3% in the last five years. Like many areas with shrinking populations, property values are relatively low in Elmira. The typical area home is worth $98,600, one of the lowest median home values of all U.S. metro areas.

As is the case in many declining city populations, Elmira’s economy is also shrinking and areas incomes are relatively low. The metro area’s GDP contracted at an average rate of 1.1% each year. Per capita income, at $40,149, is well below national income per capita of $48,131. 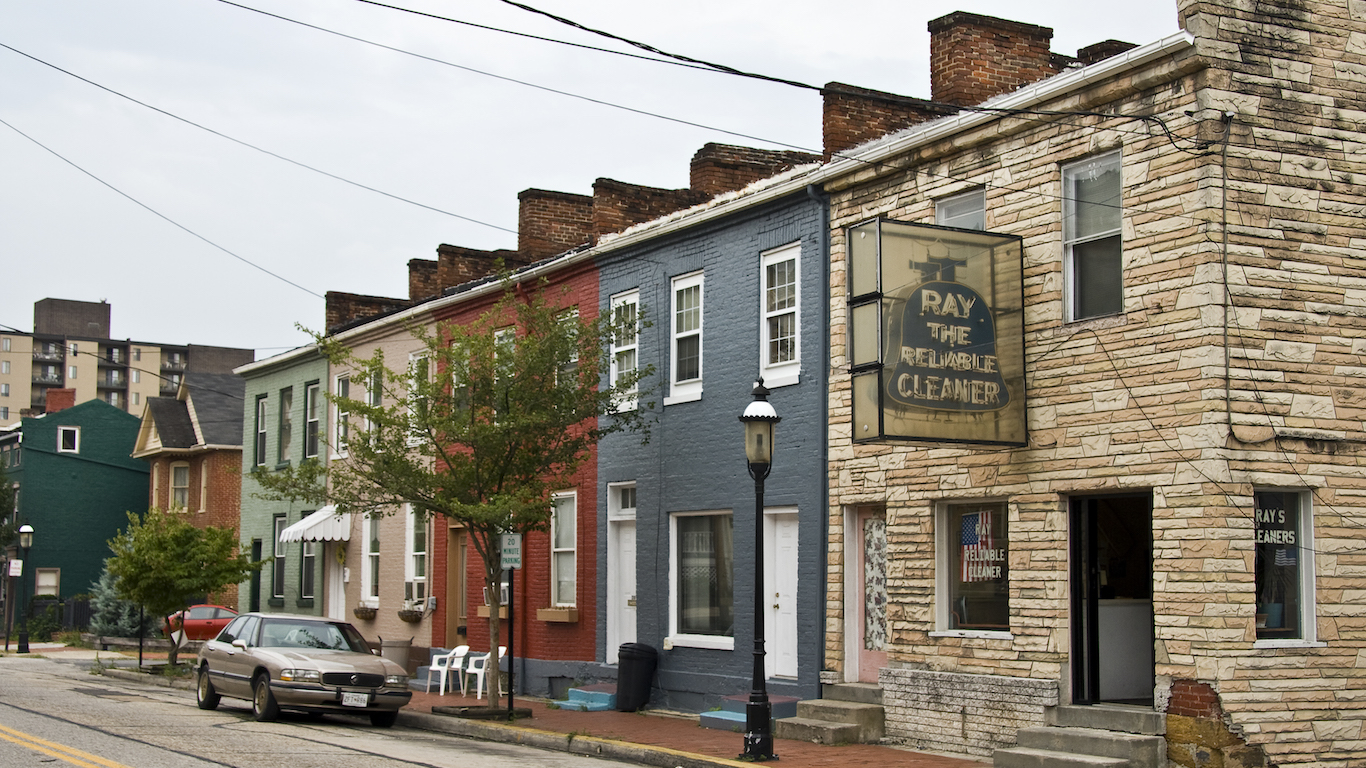 Due to negative natural population growth — deaths outpacing births — as well as people moving away, the Cumberland metro area’s population declined by about 3% in the last five years. Like many other metro areas with shrinking populations, Cumberland residents have low incomes. The metro area’s per capita income of $36,836 is well below national income levels of $48,131 per capita.

Low property values are often indicative of weak demand for housing. The typical home in Cumberland is worth $119,400, well below the $194,500 national median home value. 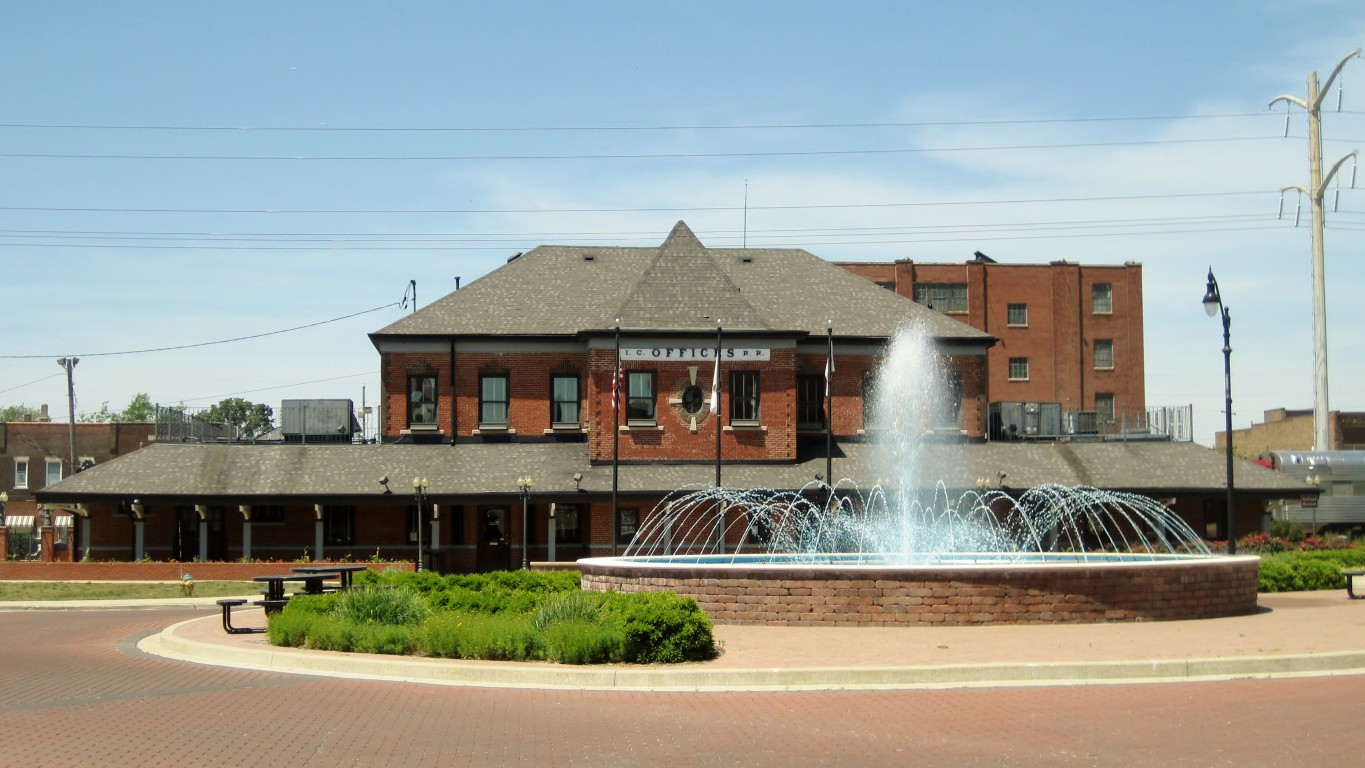 The Kankakee metro area’s population has fallen by about 3,500, or 3.1%, since 2011. The decline is attributable almost entirely to people moving away.

A lack of job opportunities may partially explain the exodus. Unemployment in the metro area stands at 6.9%, much higher than the 4.7% U.S. jobless rate. As people leave Kankakee, property values remained stagnant. The typical area home is worth $136,300 — well below the $194,500 national median home value — and unchanged from 2011.