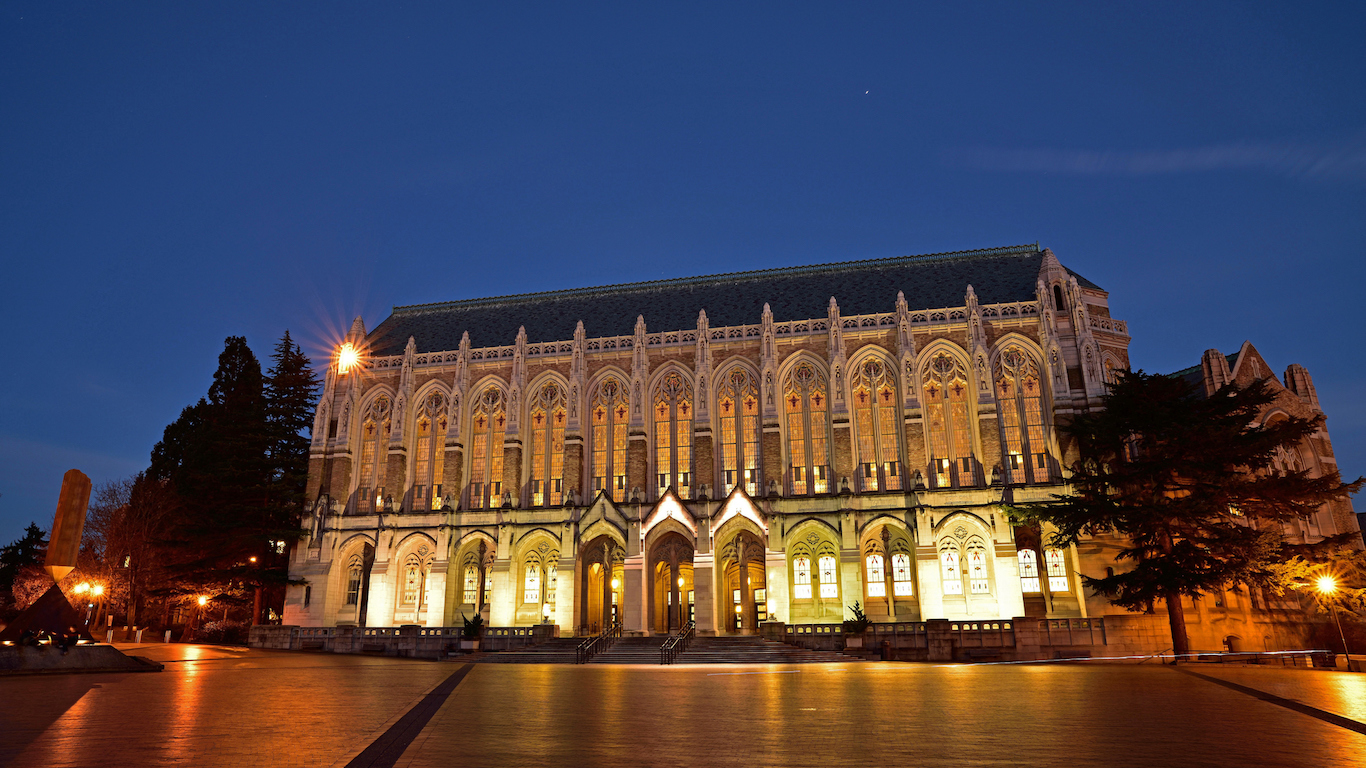 The University of Washington spent $1.2 billion on R&D in 2015. Approximately 10% of the university’s research budget was dedicated to the environmental sciences, one of the larger shares of any university. More than half of all spending on environmental science R&D occurs at the UW School of Oceanography, which in 2014 completed construction of the nation’s first underwater cabled observatory. The project was started in 2009 with a $239 million grant from the National Science Foundation. While the NSF funded 11% of the school’s total R&D expenditure in 2015, the Department of Health and Human Services funds another 50%. UW received a total of $906.8 million in R&D funding from the federal government in 2015, the second most of any university. 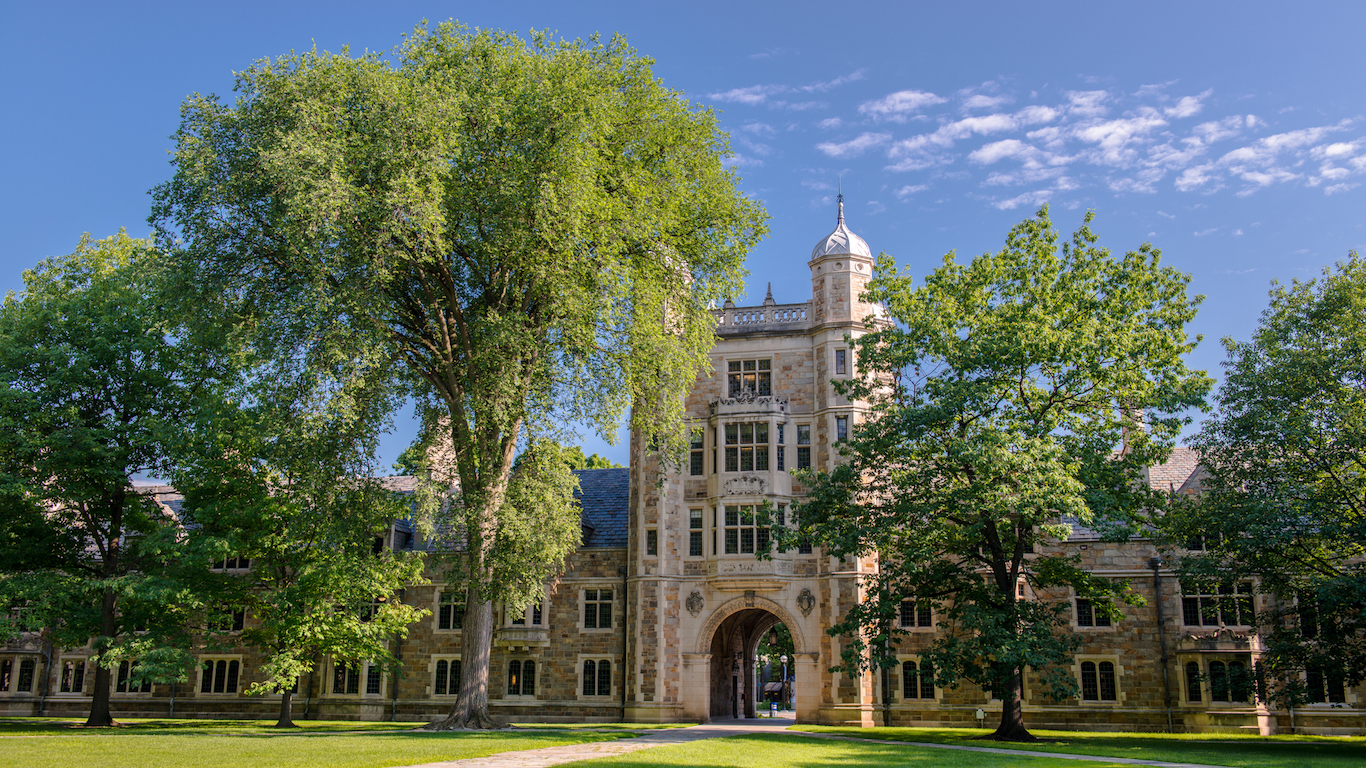 The University of Michigan spent $1.4 billion on R&D in 2015. The school dedicated $149.8 million to research in the social sciences, more than any college or university nationwide. The UM Institute of Social Research has made a number of significant contributions to the field in its 68-year history, among them the trials that confirmed the Salk polio vaccine was safe for public use and the foundation of the study of organizational behavior. In addition to the 11% of the school’s R&D expenditure that was dedicated to social science research, 57% went to the study of life sciences such as medicine and biology. Michigan received a total of $735.5 million in federal R&D funding in 2015 from a range of agencies, including the Department of Health and Human Services, the Department of Defense, and NASA. 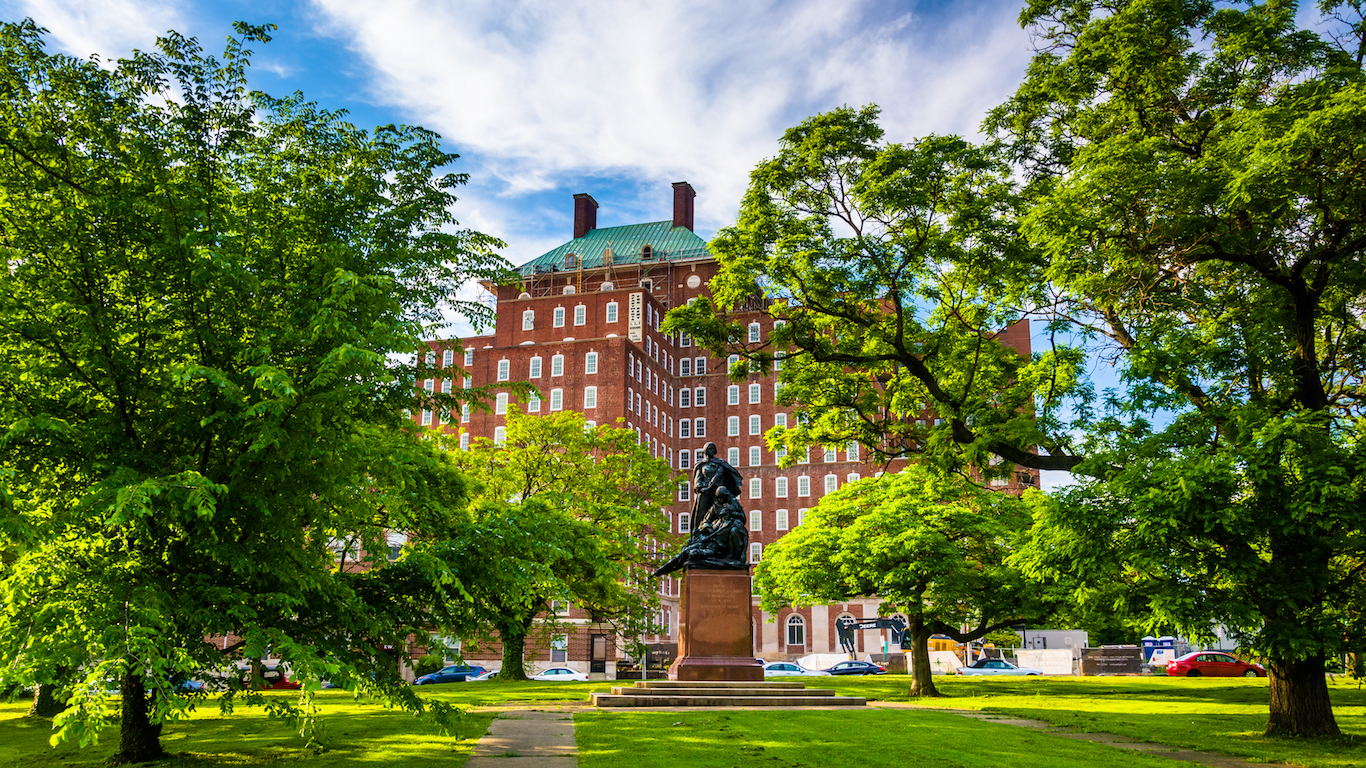 The federal government funded $1.9 billion of Johns Hopkins University’s $2.3 billion R&D expenditure in 2015, making it the largest university research partner of the United States. Most R&D activity on campus takes place at the Applied Physics Laboratory. Primarily a federal contractor, the APL has conducted research in missile defense, space, and weapons systems for the Department of Defense since the lab’s founding in 1942. The APL spent $1.3 billion on R&D in 2015, accounting for 58% of Johns Hopkins’s total research budget. Roughly 35% of Johns Hopkins R&D is funded by the DoD, and 9% by NASA. The collaboration has yielded some of the university’s most significant research accomplishments, including the first spacecraft to land on an asteroid and the first full color photograph of the Earth.