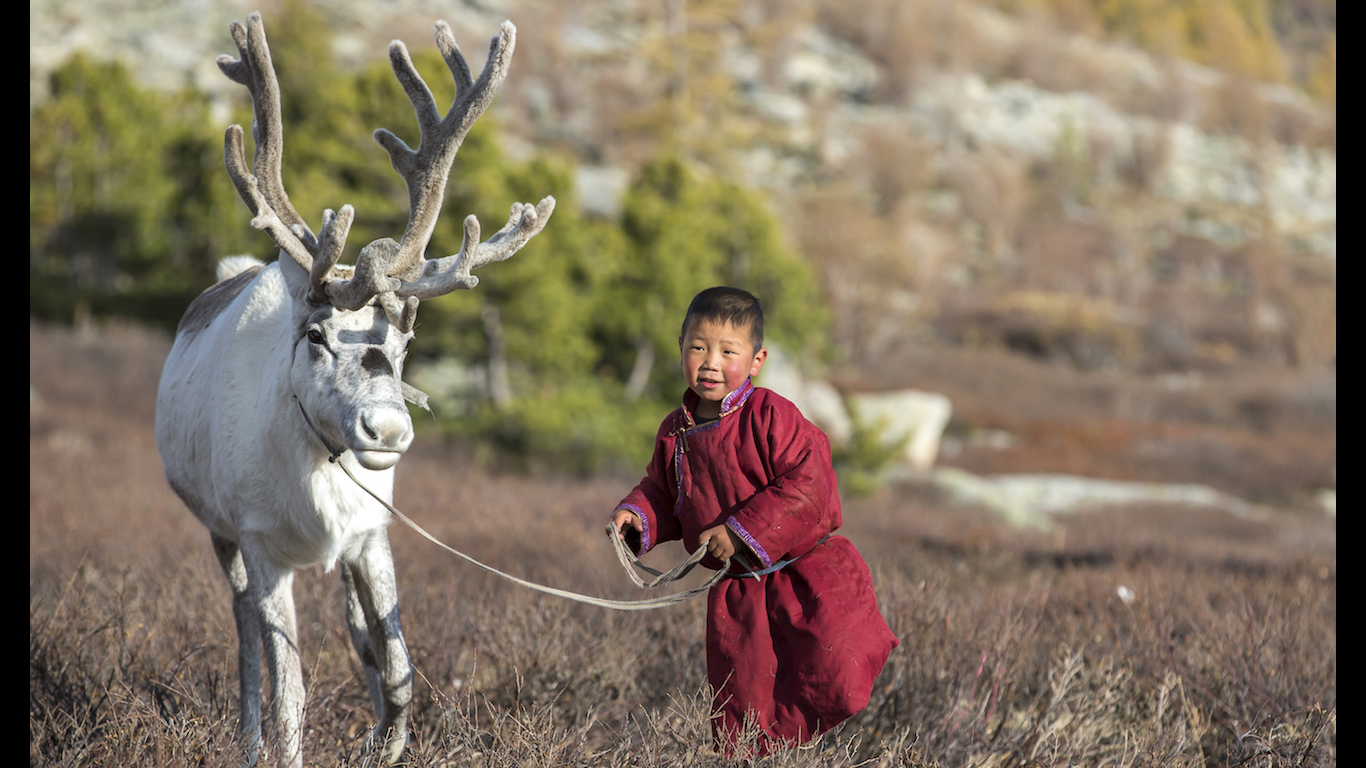 Mongolia’s economy has grown dramatically in recent decades, due largely to the exploitation of agricultural and mineral resources. According to the Energy Information Administration, Mongolia ranked 10th in the world in primary coal exports in 2014. And with extensive mining of some of the world’s largest deposits of copper and gold — precious minerals essential to electronics manufacturing — Mongolia’s economy will likely continue to flourish.

Such developments usually come at a heavy cost to a nation’s wilderness and its inhabitants. In the case of Mongolia, at stake are some of the world’s last remaining traditional nomadic peoples and natural environments. Notably, the Dukha, reindeer herders residing in the northern taiga of Mongolia since before the country was established, have a population of just 250 people. UNESCO has identified the language Dukha as among several severely endangered languages in the region. 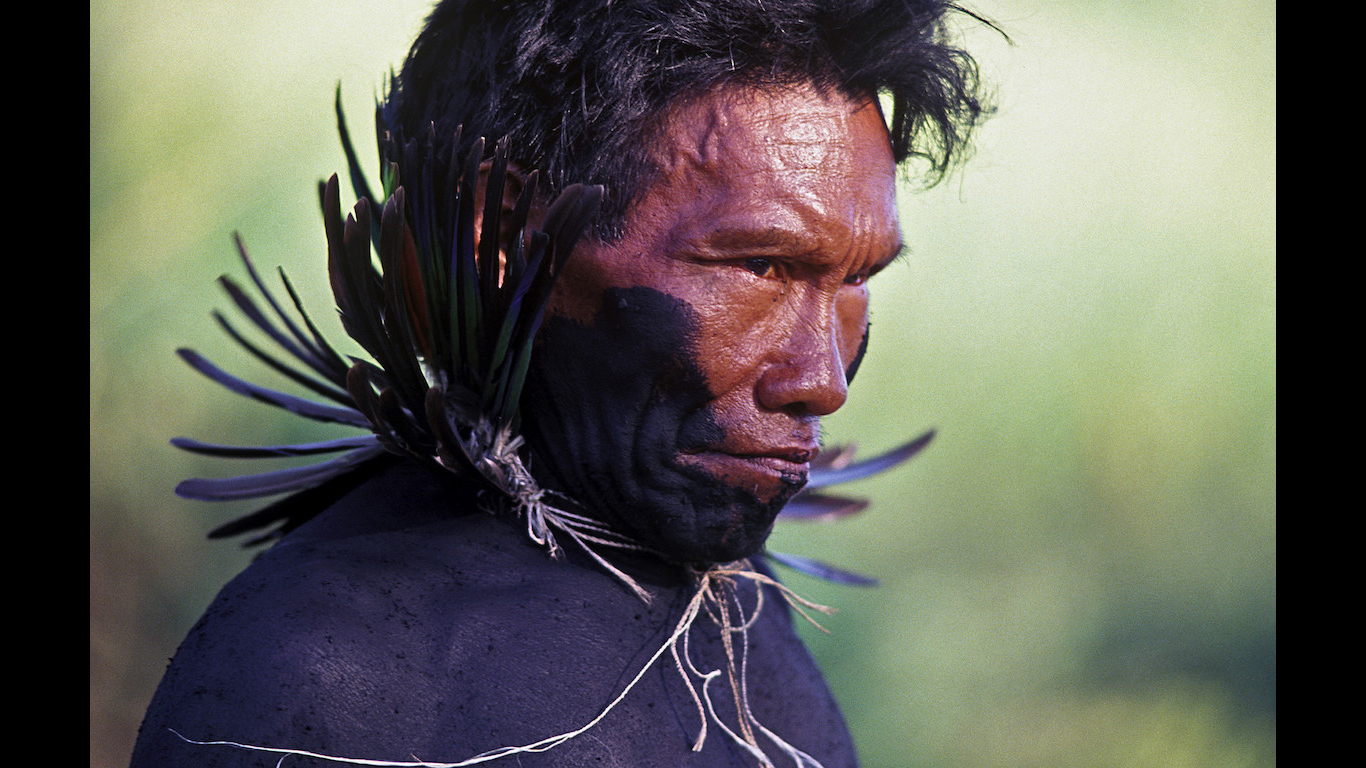 The Ayoreo are an isolated indigenous group in Paraguay, the country with the fastest deforestation rate in the world, according to a 2013 study by the University of Maryland. The research shows that every year, a quarter of a million hectares are lost in the Paraguayan Chaco alone. Unlike the lush Amazon, the Gran Chaco is a hot and arid territory that nomadic indigenous groups call home. Due to the mass deforestation and industrialization, the Ayoreos ancestral land is now owned by private landowners focusing on raising cattle and clearing timber. This is despite Paraguay’s government regulations that recognize indigenous rights to the land. 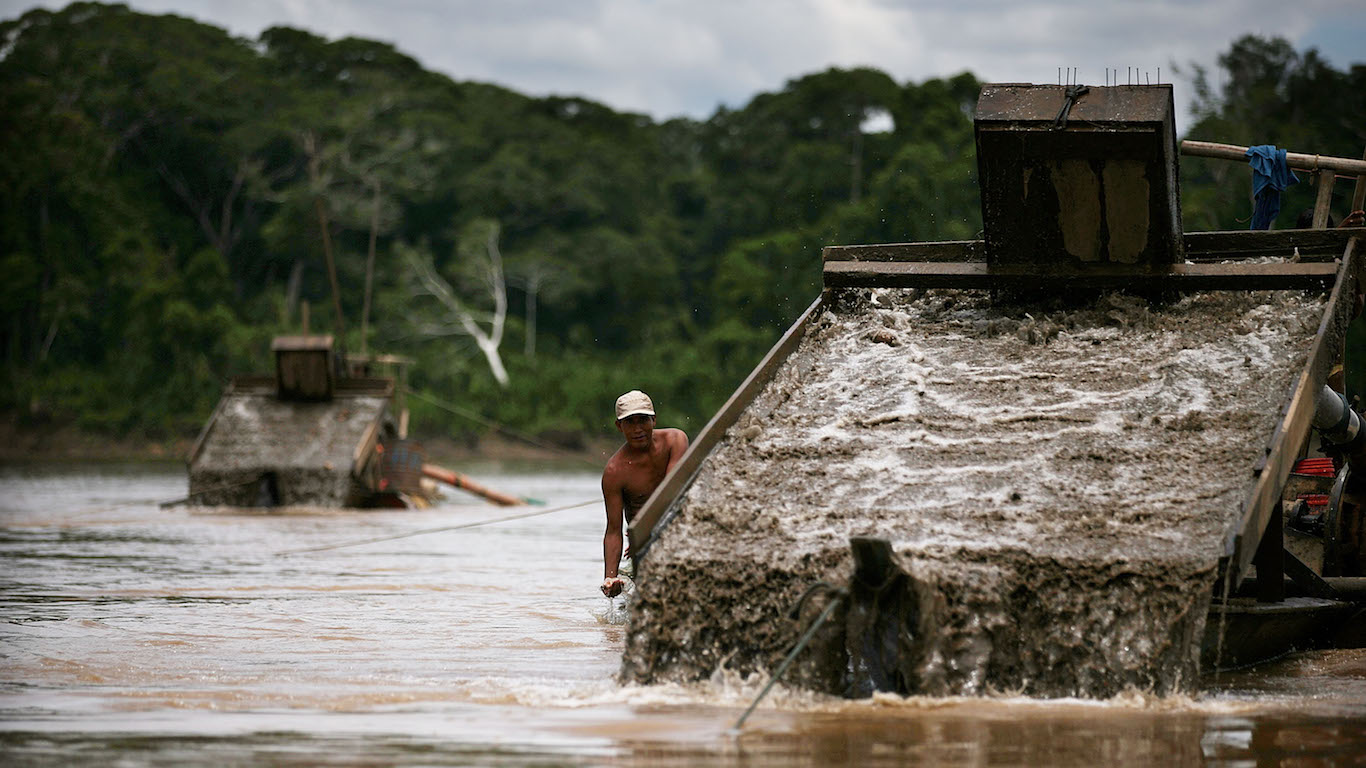 It was only a few weeks ago that 10 members of an uncontacted tribe in Peru were massacred while gathering eggs around a river by a group of Brazilian gold miners. The story broke when the gold miners themselves bragged about it at a local bar, brandishing a paddle that they said came from the tribe. According to the investigation, the murdered indigenous group came from the Javari Valley, home to the Uncontacted Frontier.

The Uncontacted Frontier is home to the highest concentration of secluded tribes in the world. However, the area is also resource rich, particularly with oil and gas. After establishing the Sierra del Divisor national park in Peru, the land was then opened for oil drilling, affecting the livelihood of all the uncontacted tribes. Still, just this year, Canadian oil company Pacific E&P, pulled out of oil exploration in the area, citing that it will only conduct its drilling with the highest sustainability and human rights guidelines. 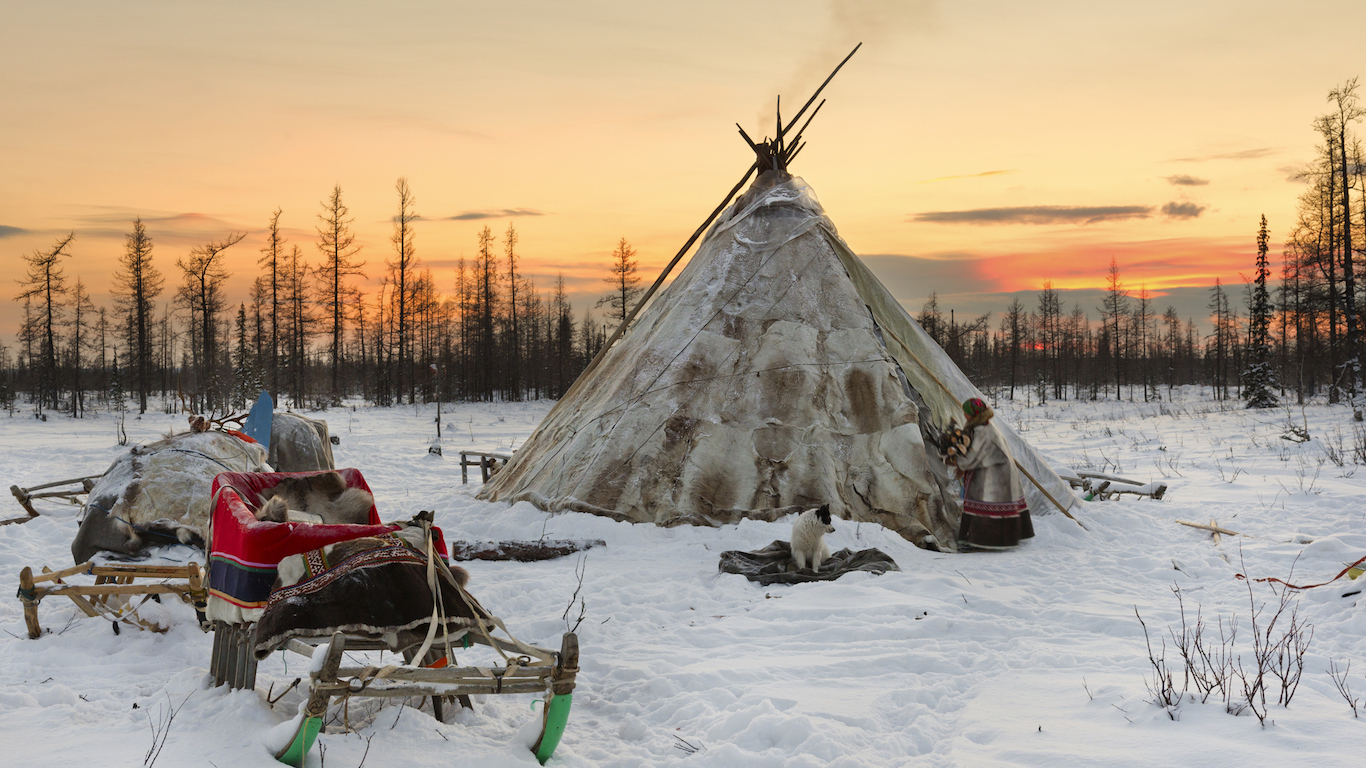 The numerous tribes native to Siberia, the massive region that makes up more than three-quarters of Russia, have struggled to survive since at least the onset of Russia’s conquest of the area in the 1600s. Due to countless massacres, an unknown number of cultures were likely lost over the centuries of land struggles between colonial powers and indigenous societies. Siberia’s native population was more recently targeted during the rapid industrialization period under the Soviet Union, when policies such as compulsory boarding schools were implemented to deliberately destroy native cultures through assimilation. The remaining indigenous people now struggle primarily against energy companies. Russia is one of the world’s largest energy producers. Much of the material used in energy production — crude oil, gas, timber, and minerals — comes from Siberia.

Estimating the endangerment of a language is one way to measure the level of threat against indigenous societies. UNESCO identified in Russia 45 extinct or critically endangered languages, most of which originate in Siberia. 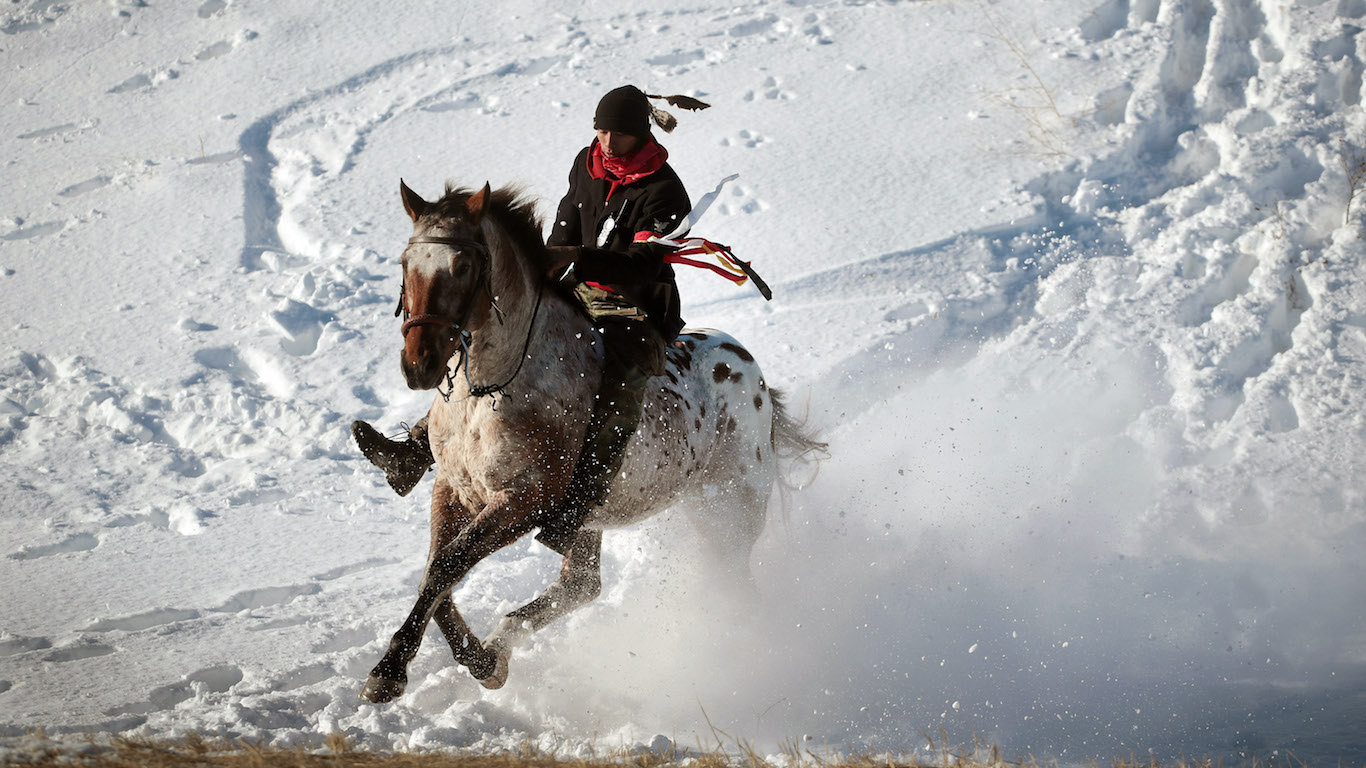 When Europeans arrived to America, they brought disease, warfare, and modern tools and weapons, all of which led to the decline of indigenous societies in the continent. Native populations in the United States are estimated to have reached their lowest point in 1900, with fewer than 250,000 people. Native American cultures have adapted and endured but continue to face serious problems. The Dakota Access pipeline dispute at the Sioux Standing Rock reservation last year is one example of the continued threats against indigenous societies in the United States. Despite the best efforts of protestors, the pipeline, which runs 1,100 miles across the Great Plains, connecting the Bakken oil formation in North Dakota to a refinery and second pipeline in Illinois, began running oil earlier in June this year.