Most of us were taught as young children that the first Thanksgiving was a shared autumn harvest feast between Wampanoag Indians and early colonists in 1621. Often, however, the suffering of the Indigenous population shortly after the feast, and for the several centuries since, is brushed aside.

Today, Native American culture is concentrated in many of the nation’s tribal areas, including reservations, tribal statistical areas, home lands, and off-reservation trust lands. Not all federally recognized reservations are called reservations, though. Various states in the Western U.S. refer to such land areas as pueblos, rancherias, missions, villages, and communities. 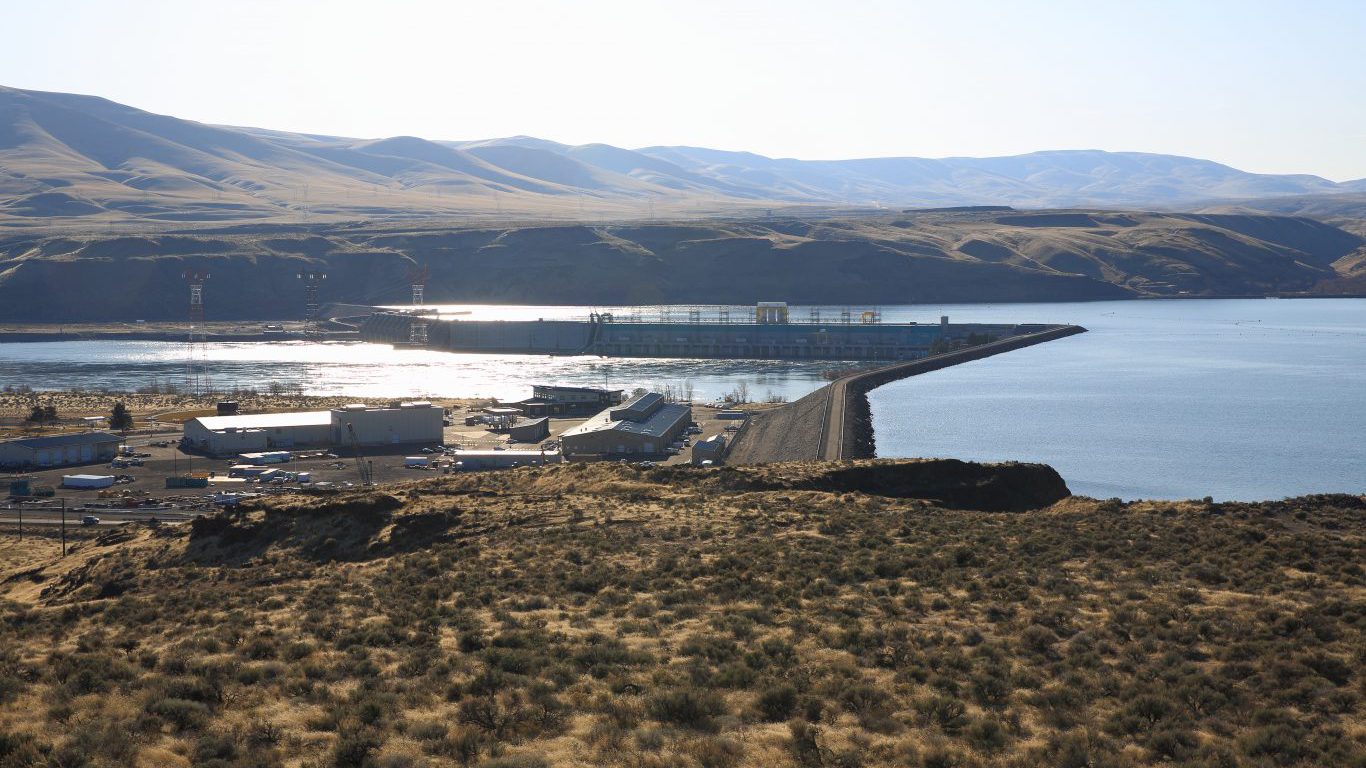 In Washington, just over 3% of the population self-identifies as Native American or claims to have Native American heritage. That’s the 10th highest concentration of Native people of any state. With a higher prevalence of Native culture in the state, public schools — as of three years ago — were required to teach tribal history in the classroom. 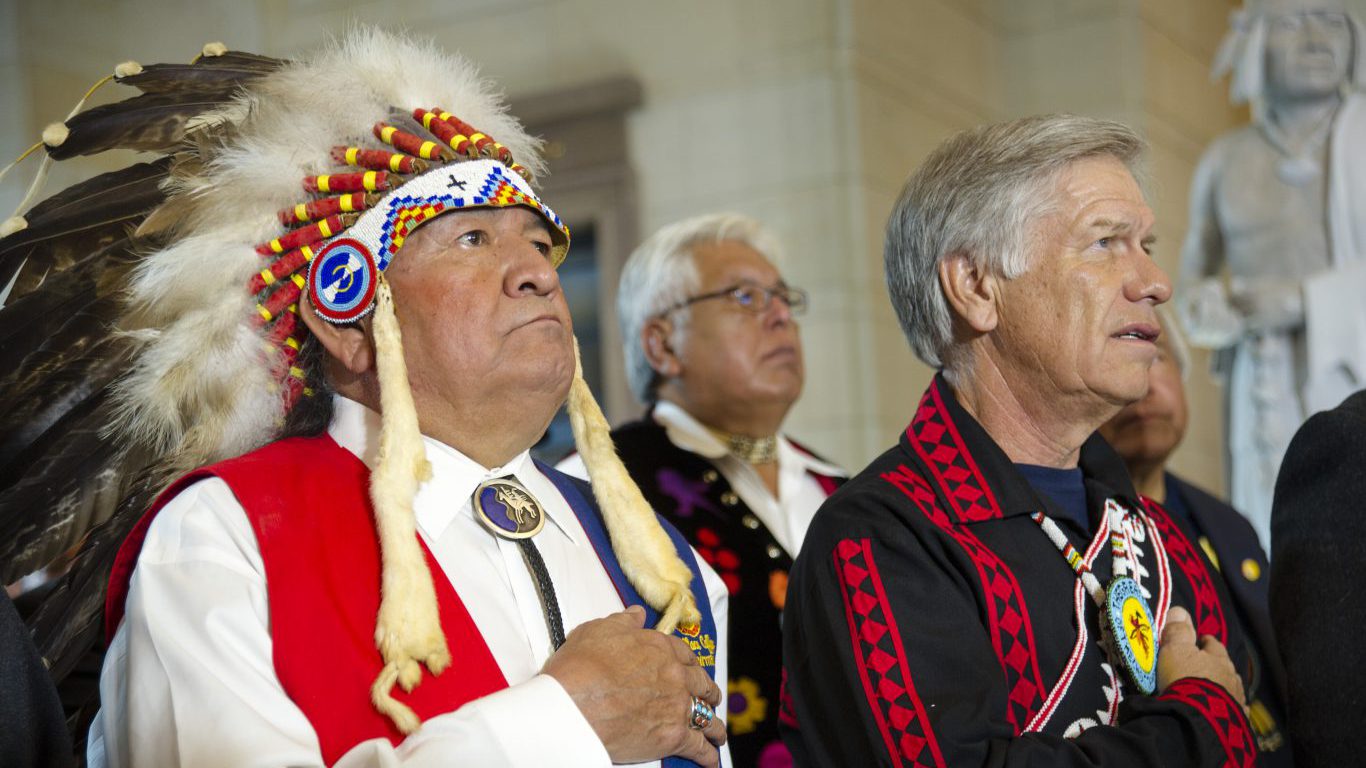 More than 2.6 million American Indians currently inhabit 30 tribal areas in Oklahoma. Before it was a state, Oklahoma was referred to as Indian Territory, which also encompassed present day Kansas, Nebraska, and a portion of Iowa. President Thomas Jefferson was in favor of an Indian colonization zone, which proposed that all American Indians move west of the Mississippi River. The concept became a reality in 1830 under President Andrew Jackson.

Many Native Americans still live in Oklahoma today, likely because it’s where their ancestors were forced to move to in the mid-19th century. One such reason is that Oklahoma was the endpoint of the Trail of Tears. Members of the Cherokee, Creek, Choctaw, Chickasaw, and Seminole were forcibly removed from their ancestral lands. The Creek OTSA is the largest tribal statistical area in Oklahoma, with 782,014 American Indians currently living there. 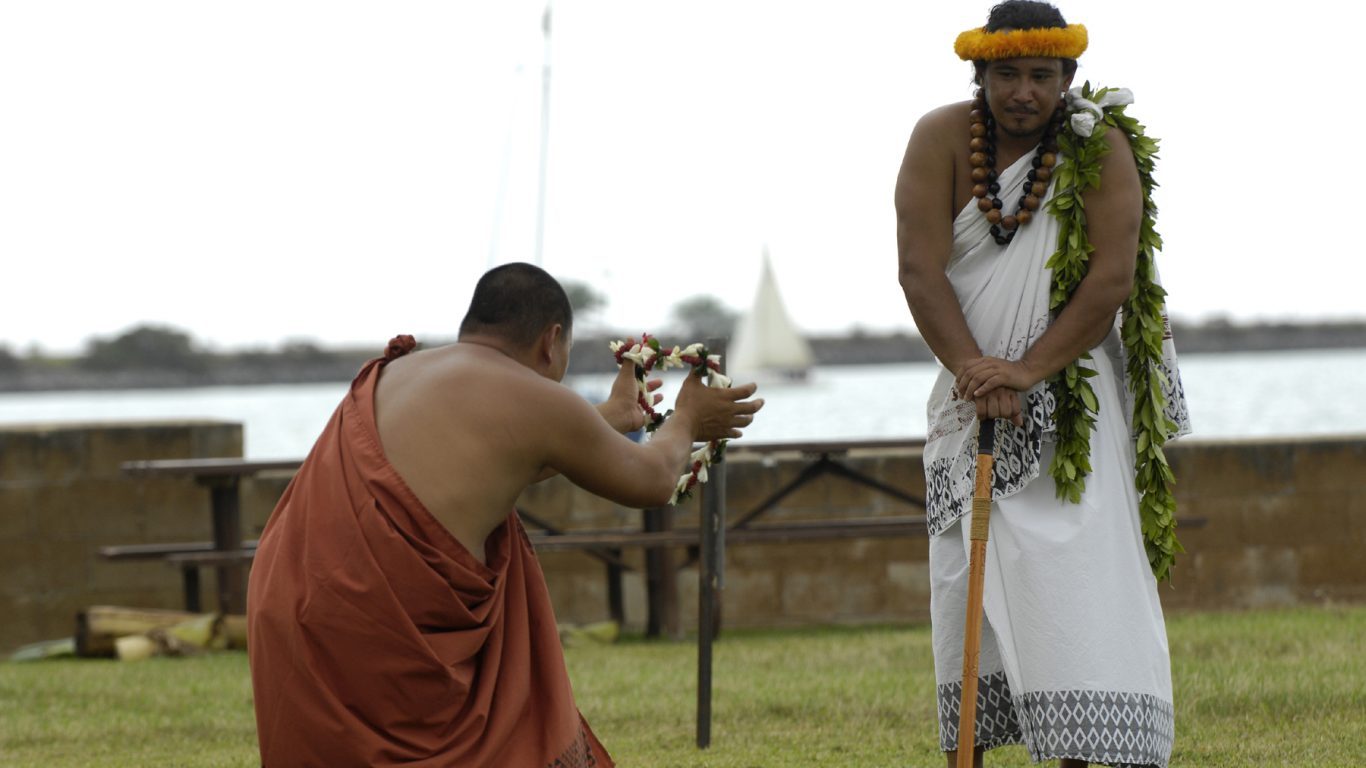 There are 75 tribal areas in Hawaii, the third most of any state. Most of these areas are categorized as Hawaiian home lands. A home land in Hawaii is simply an area that is held in trust for Native Hawaiians. Congress enacted the Hawaiian Homes Commission Act in 1920. The act was created to improve the lives of native people in Hawaii. The home lands make up over 200,000 acres in the islands of Hawai‘i, Maui, Moloka‘i, Lāna‘i, O‘ahu, and Kaua‘i. 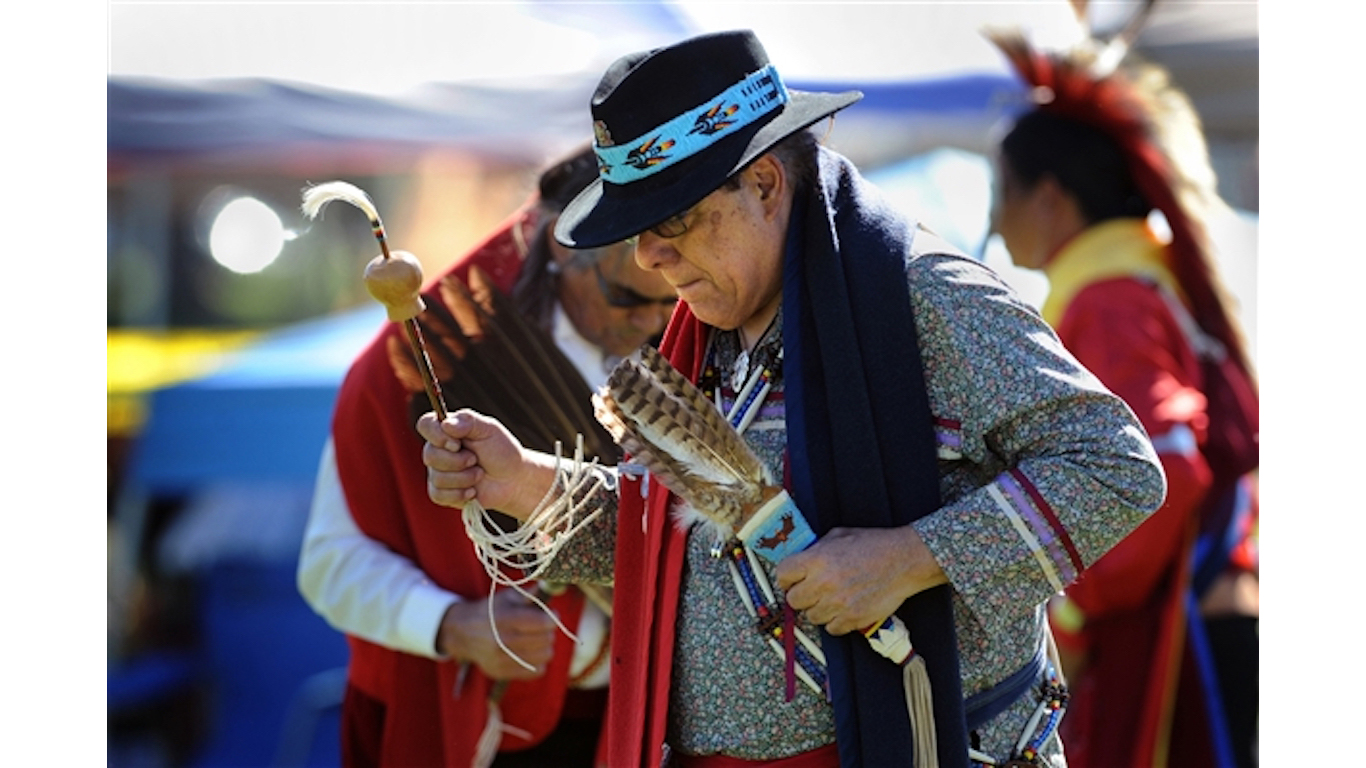 As of 2018, there were 109 federally recognized tribes in California. Native Americans have historically suffered a long and tough road in California. An estimated 80% of the Native people in the state were wiped out over the course of about 27 years, beginning in 1846 and 1873. As a result of the tragic state-sanctioned event, remembered as the California Genocide, the once abundant state indigenous population dwindled from 150,000 to just 30,000. 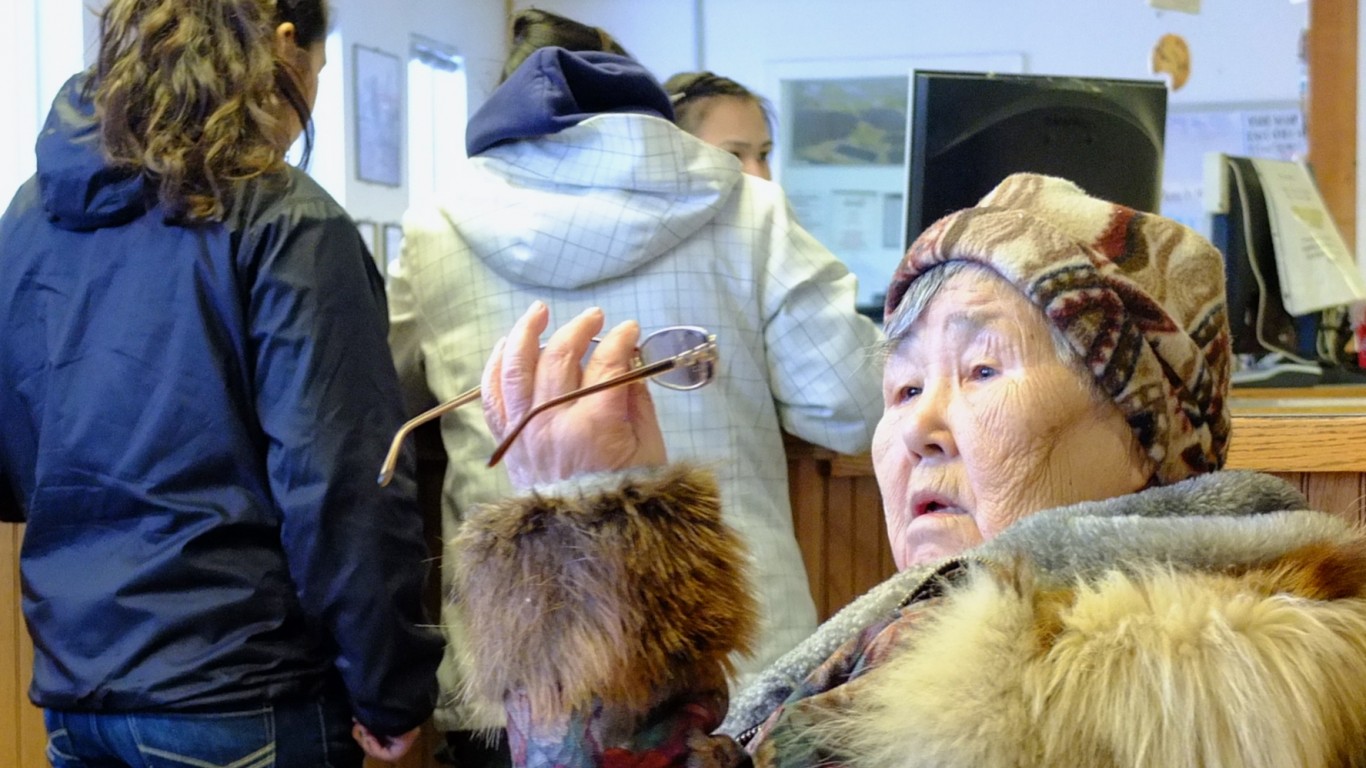 Technically, there is only one federally recognized Indian reservation in Alaska, the Metlakatla Indian Community of the Annette Island Reserve in southeastern Alaska. A federal Indian reservation is described by the Bureau of Indian Affairs as an area of land that’s solely for a tribe or tribes to inhabit that’s under treaty or other agreement with the U.S. Under this agreement, the federal government also holds title, on behalf of the tribe, in trust. In other words, 220 of those reservations are not held in trust.