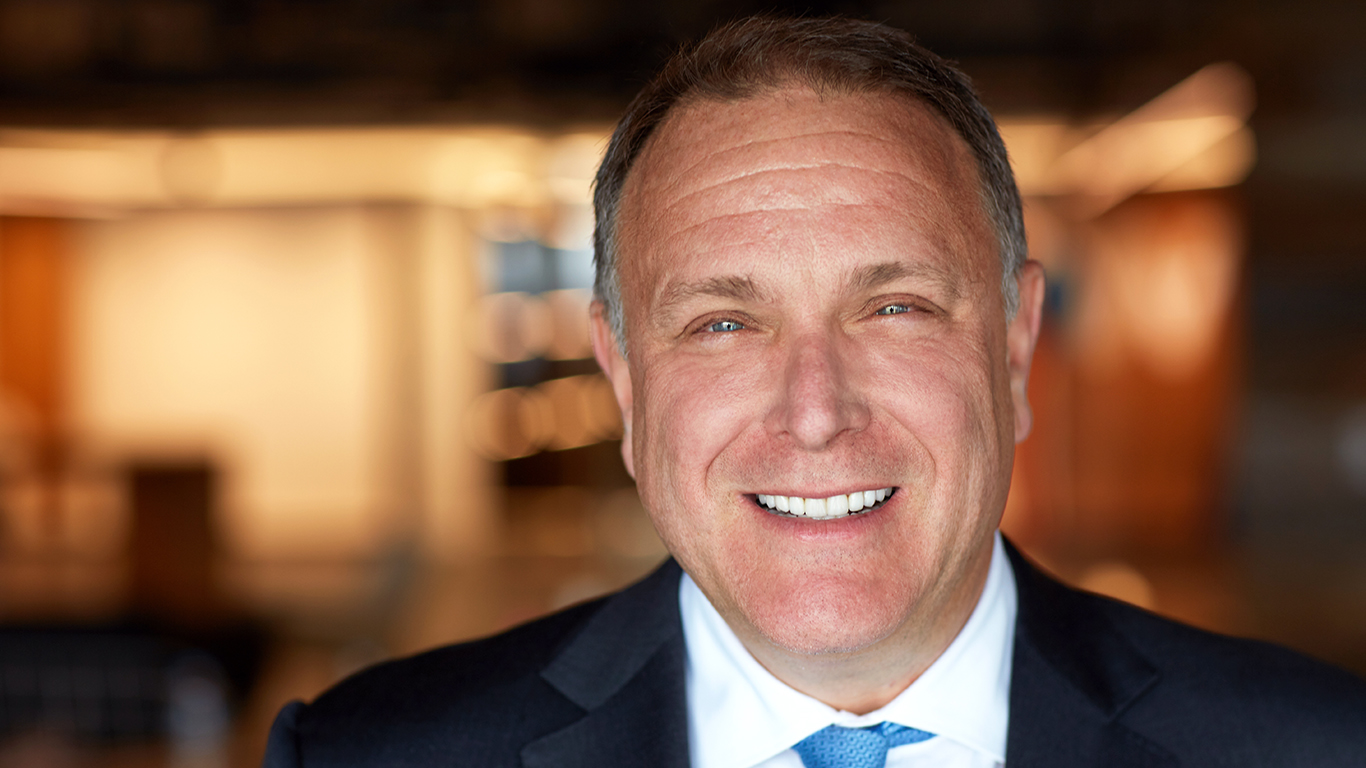 Polk led a successful turnaround since rolling out his growth game plan in 2012, but the $15 billion acquisition of Jarden that closed in early 2016 may have marked a zenith for the CEO. Newell shares have fallen 44% from $54.85 in mid-June to $30.21 in mid-December.

Investors may be worried about higher debt levels — still more than $11 billion in long-term debt alone. Any major acquisitions could further add to debt. Investors are also concerned that the company might trim 10% of its portfolio of brands and that, if not properly executed, could generate more losses. The company has sold brands tied to its tools and winter sports segment.

Newell was a great growth story for years, and the company seemed to be able to do no wrong. But these days it is harder being a brands company operating in a world dominated by Amazon and omnichannel-style retail. Newell now has to sell itself to investors as a value stock — a tough sell in a roaring bull market. 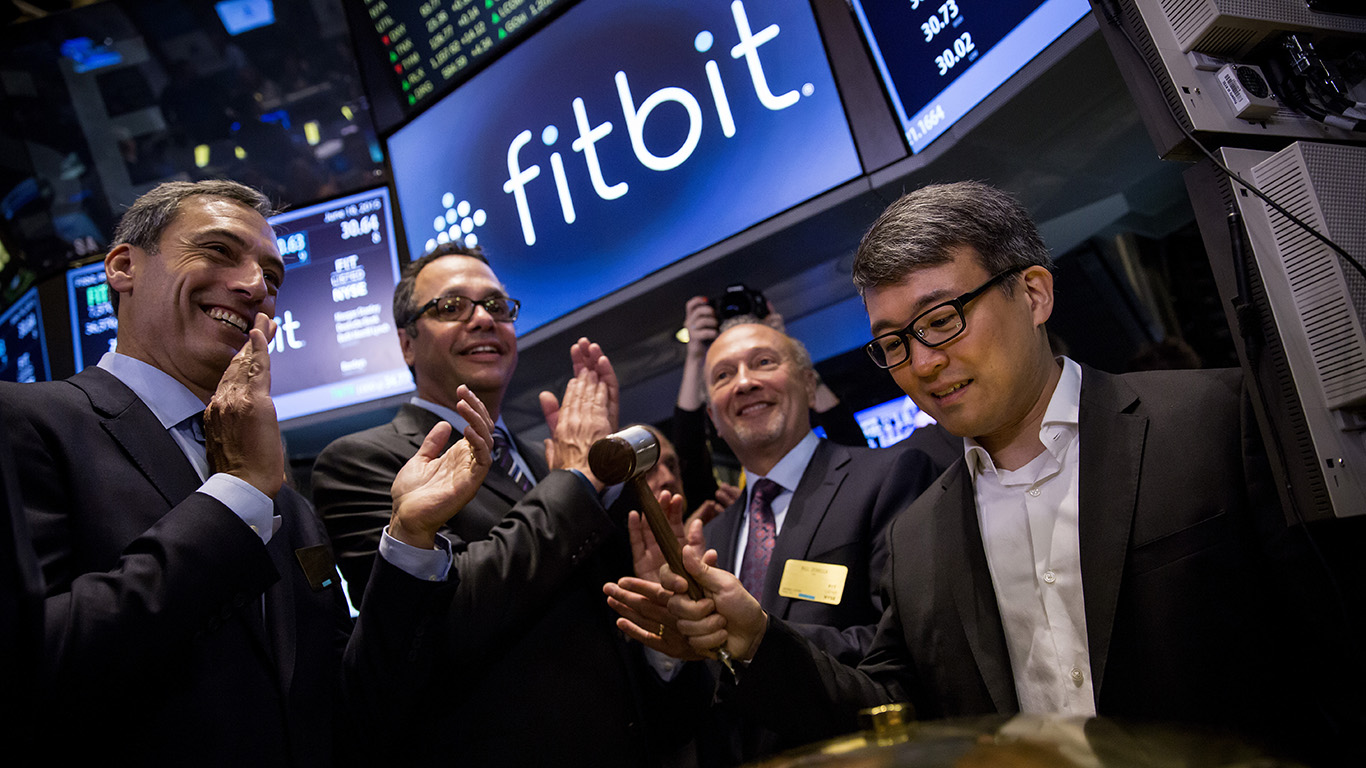 According to many investors, some companies should never become public. These investors generally refer to corporations that do not have business models that can sustain support from shareholders. Fitbit (NYSE: FIT) fits that description.

CEO James Park co-founded the company in 2007 after realizing the potential of using sensors in wearable activity trackers.

Fitbit operates in a sector that includes China consumer electronics giant Xiaomi and Apple (NASDAQ: AAPL). Among the mistakes Park has made is to focus on the crowded health-care and fitness segments of the wearables market, which Xiaomi and Apple have taken positions in.

Fitbit’s third-quarter revenue slumped 21.8% to $393 million from $503 million in the same quarter last year. Fitbit also posted a loss of $113 million in the quarter after reporting a profit of $26.1 million in last year’s quarter. Some analysts have downgraded the shares.

Park took Fitbit public and then pushed it in the wrong direction. 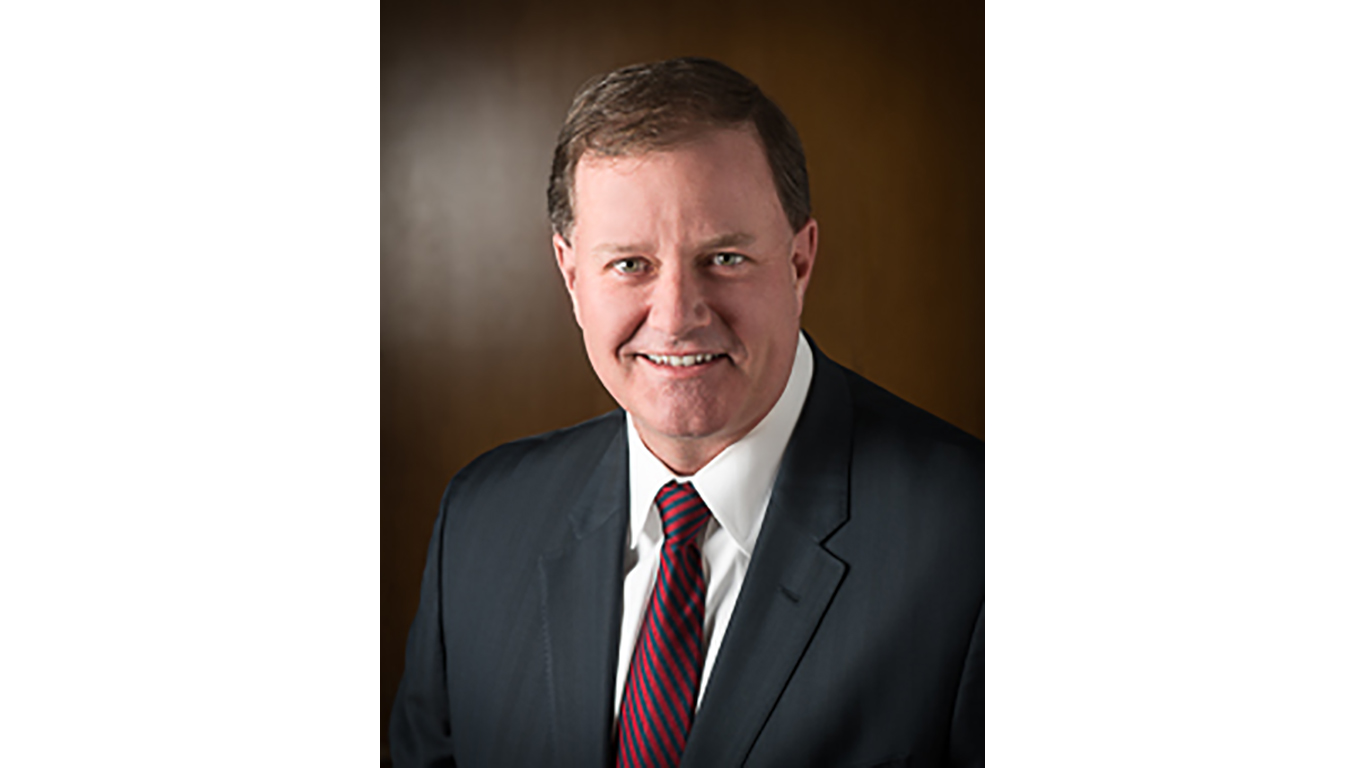 Daniel McCarthy became chief executive officer of Frontier Communications (NASDAQ: FTR) in April 2015, after joining its board the previous year. Frontier offers fixed-line phone, internet, and video communications (copper and fiber) to residential customers in 29 states and to businesses.

This is a tough business to be in as the world goes wireless. Finding a CEO replacement may be difficult. Still, Wall Street investors would probably love for Frontier to bring in new blood.

The problem is not just a lack of growth, as Frontier is a company that derived its dividend from cash flows rather than earnings per share. Its stock is down more than 90% since February 2015, when its shares traded at $125.70, and is now trading around $7. Reverse stock splits and cutting dividends are strategies that are hard to explain as beneficial to shareholders, but sometimes the situation becomes dire enough that few choices remain.

Frontier is also a company with many shareholder class-action suits against it. Frontier’s stock is down by about 87% so far in 2017. 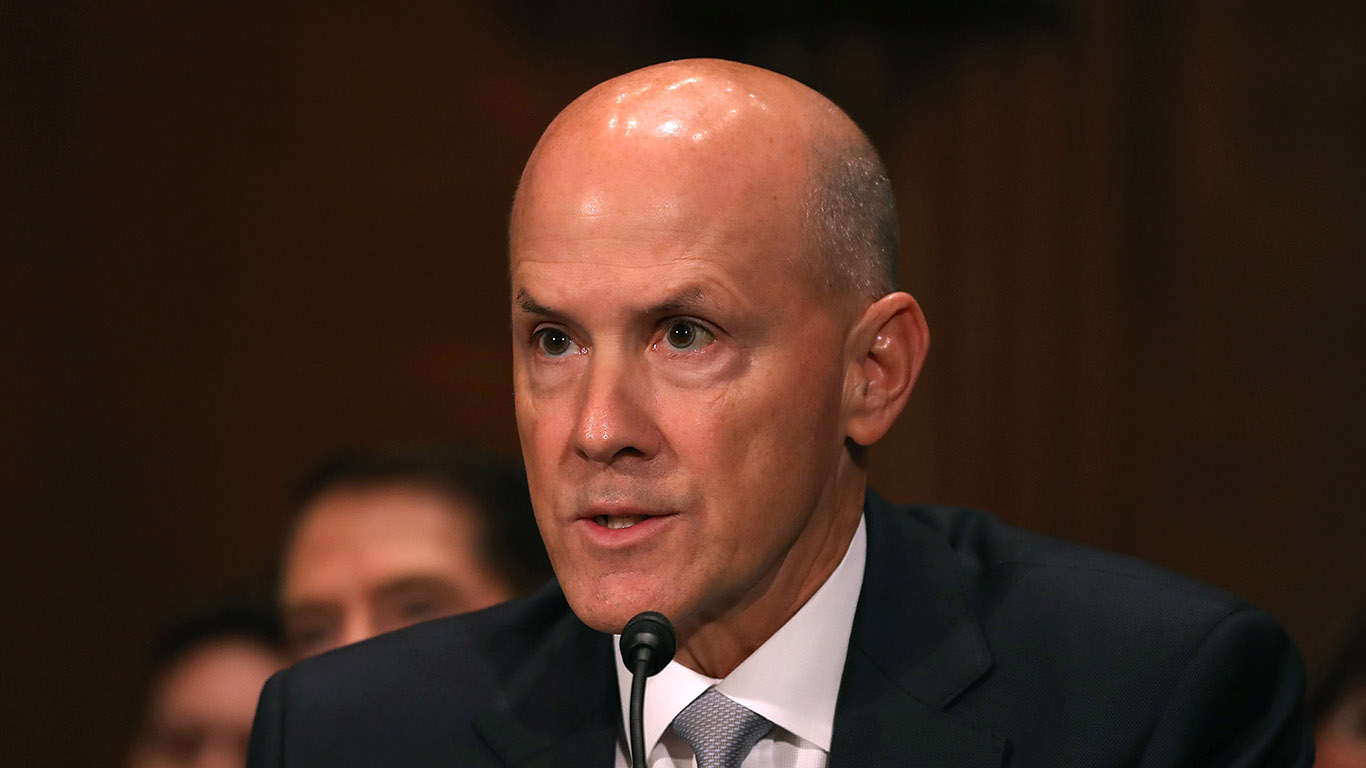 A consumer credit reporting agency with records on more than 750 million people and 80 million business should be as secure from cyberattacks as any company in the world. That was not the case with Equifax (NYSE: EFX), which was hacked this year and more than 145 million records were exposed.

Oddly, the company said the hack occurred in May and June, but management did not know about the problem until late July. The timeline deeply concerned customers, the federal government, and investors. It also cost Smith his job. Smith retired from Equifax in September, reportedly with a payout worth as much as $90 million.

That same month, Equifax was forced to remove arbitration language from the terms of use on its data breach notification site. That followed a firestorm of protest when it was discovered that Equifax had inserted arbitration clauses that limited consumers’ ability to join class-actions against the company. 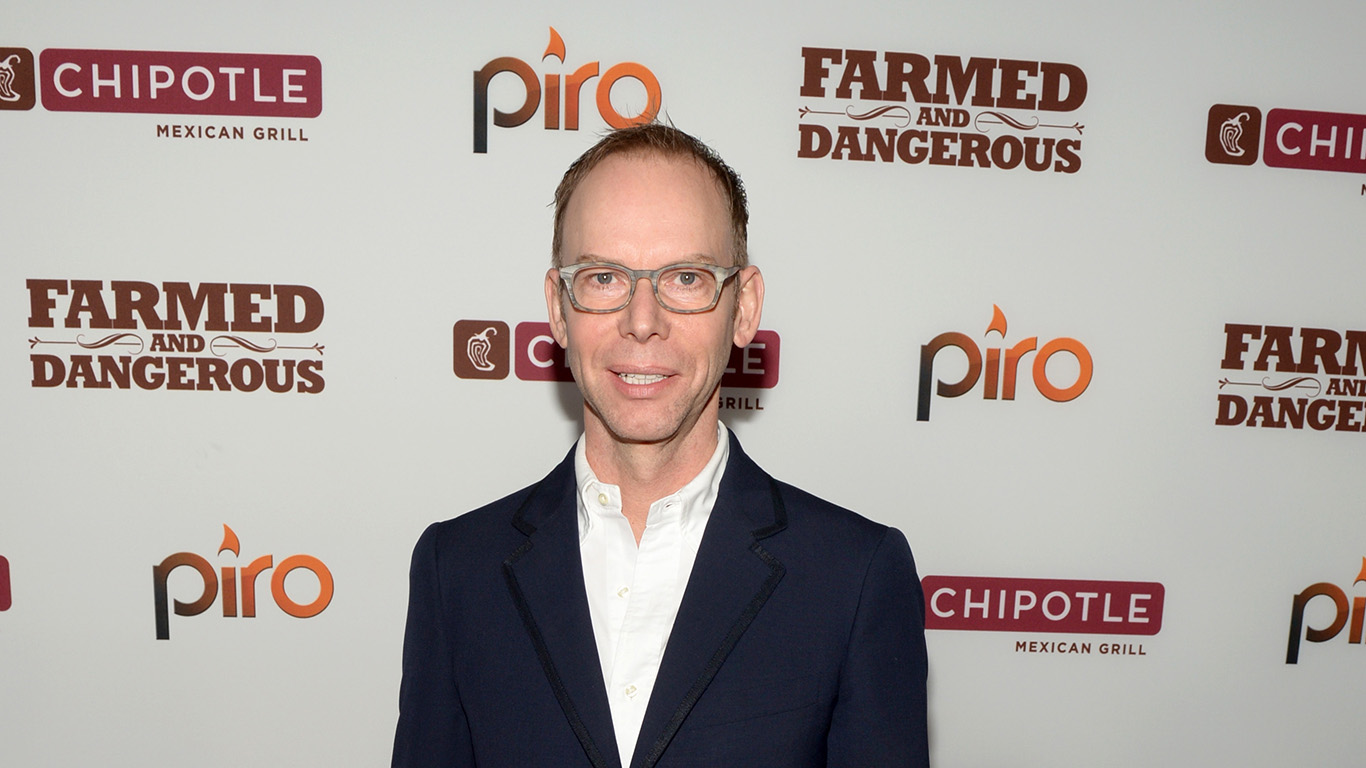 Steve Ells in November announced he would step down as CEO and continue on Chipotle’s board with the title of executive chairman. At the time, lead independent director Neil W. Flanzraich said, “Now is the right time to identify a new CEO who can reinvigorate the brand and help the company achieve its potential.”

What has Ells been doing all of these years? Most recently, making decisions that have undermined the brand in reaction to a series of food-poisoning incidents that have caused investors and consumers to question the food chain’s health standards.

Tainted-food incidents are not the only issue hurting the Chipotle (NYSE: CMG) brand. In April, a huge data breach exposed hundreds of thousands of customer records.

It is not unusual for a founder to be forced out when a company gets into trouble. Chipotle’s board may have waited too long.