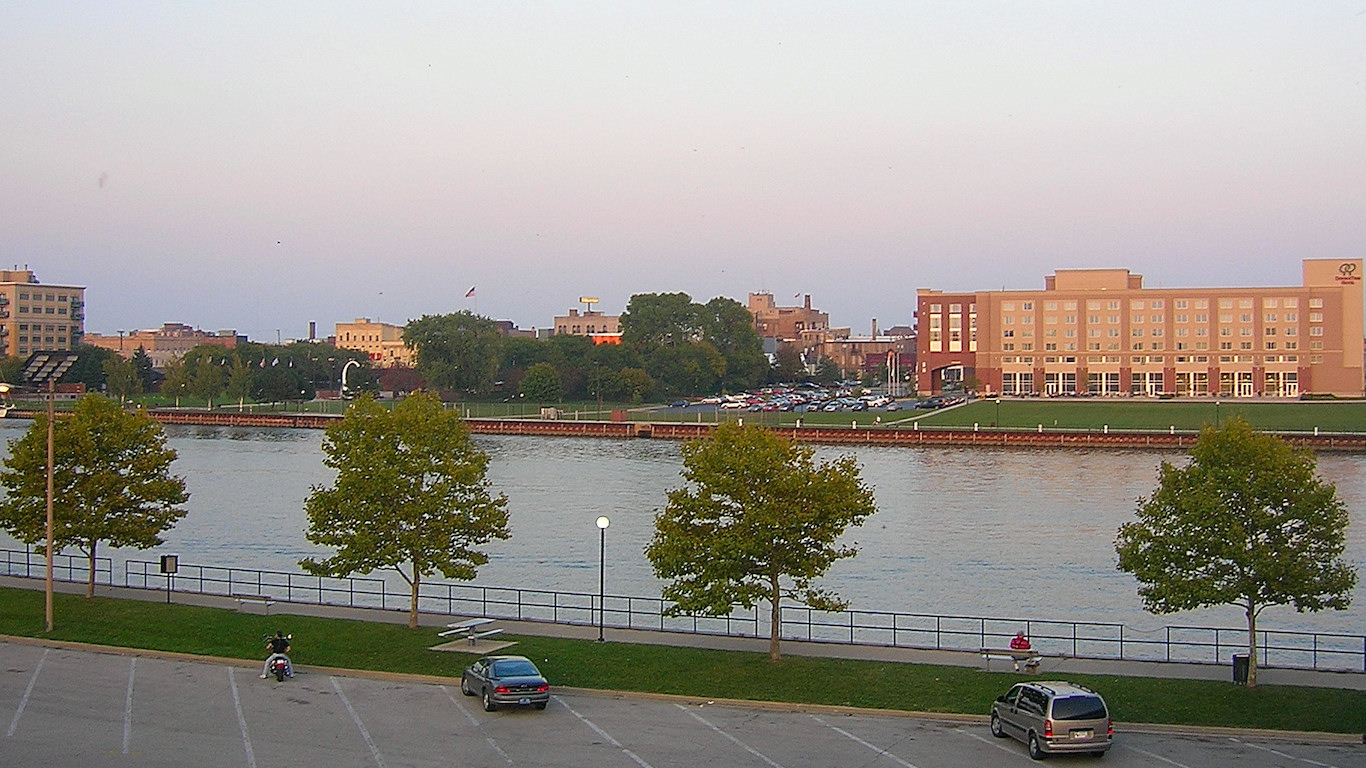 As is the case in many metro areas with increasing violent crime rates, some economic conditions are relatively stagnant in Bay City, Michigan. While nationwide the poverty rate fell from 15.9% to 14.0% over the past five years, Bay City’s poverty rate remained effectively unchanged over the same period. 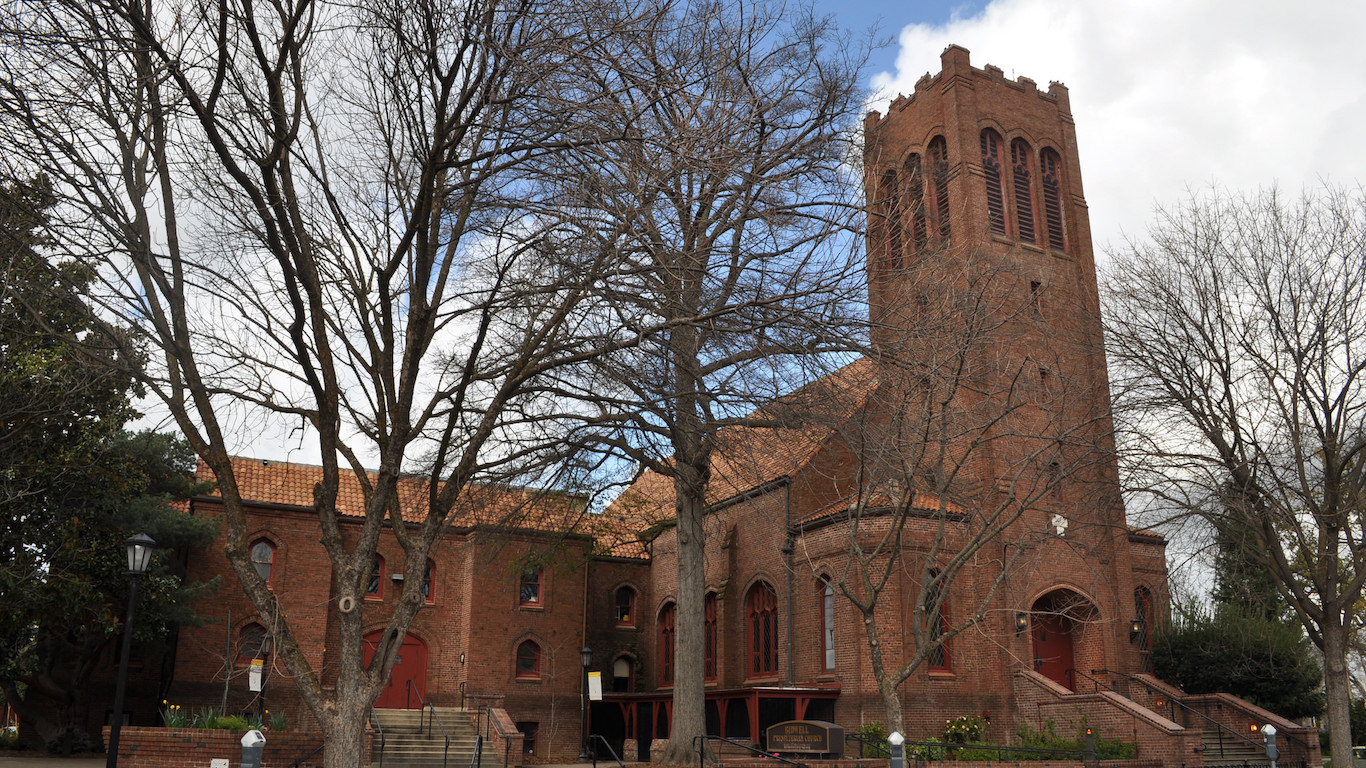 While crime tends to rise with unemployment, Chico’s unemployment rate has fallen by more than half over the past five years, from 13.7% in 2011 to 6.5% in 2016 — one of the largest declines in the nation.

With a violent crime rate of 901 documented incidents per 100,000 residents, Albuquerque, New Mexico, is one of the most dangerous metro areas in the United States. The metro area is also a far more dangerous place than it was five years ago. Since 2011, the incidence of violent crime in New Mexico’s largest metro area climbed by 36.1%, one of the steepest increases in the country.

The city of Albuquerque is taking active measures to reduce crime in the coming months and years. In February 2018, officers from the New York City Police Department worked with officers in Albuquerque to find areas for improvement. Mayor Tim Keller believes the city can benefit from the help as New York City reported a 75% reduction in crime over the last 35 years. Additionally, the the city council recently voted to raise taxes, partially in order to bolster staffing in the city’s police department. 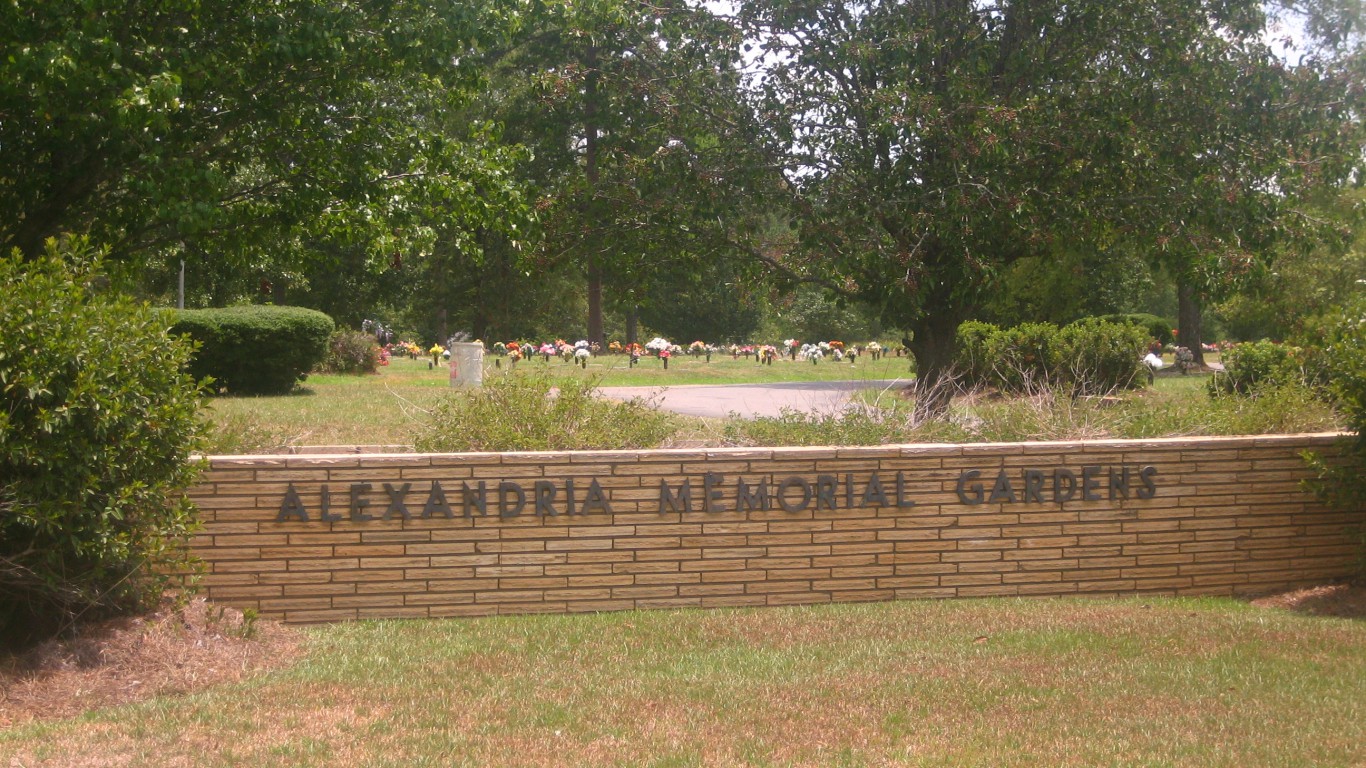 The violent crime rate in Alexandria, Louisiana, of 923 incidents for every 100,000 residents is higher than in all but three other metro areas tracked by the FBI. As is the case nationwide, aggravated assaults accounted for the vast majority of reported violent crimes in the city in 2016. And as is the case with every other metro area on this list, Alexandria is a far more dangerous place now than it was five years ago. Since 2011, the incidence of reported violent crimes climbed by 36.2% across the metro area.

Alexandria Mayor Jacques Roy announced in September 2017 plans to create a new division within the police department to engage with at risk youth. Whether or not the mayor’s plan will help to reduce the violent crime rate in the city remains to be seen.

Economically depressed areas are more likely to report higher crime rates. In Danville, 20.9% of the population lives below the poverty line, a far greater share than the 14.0% U.S. poverty rate.