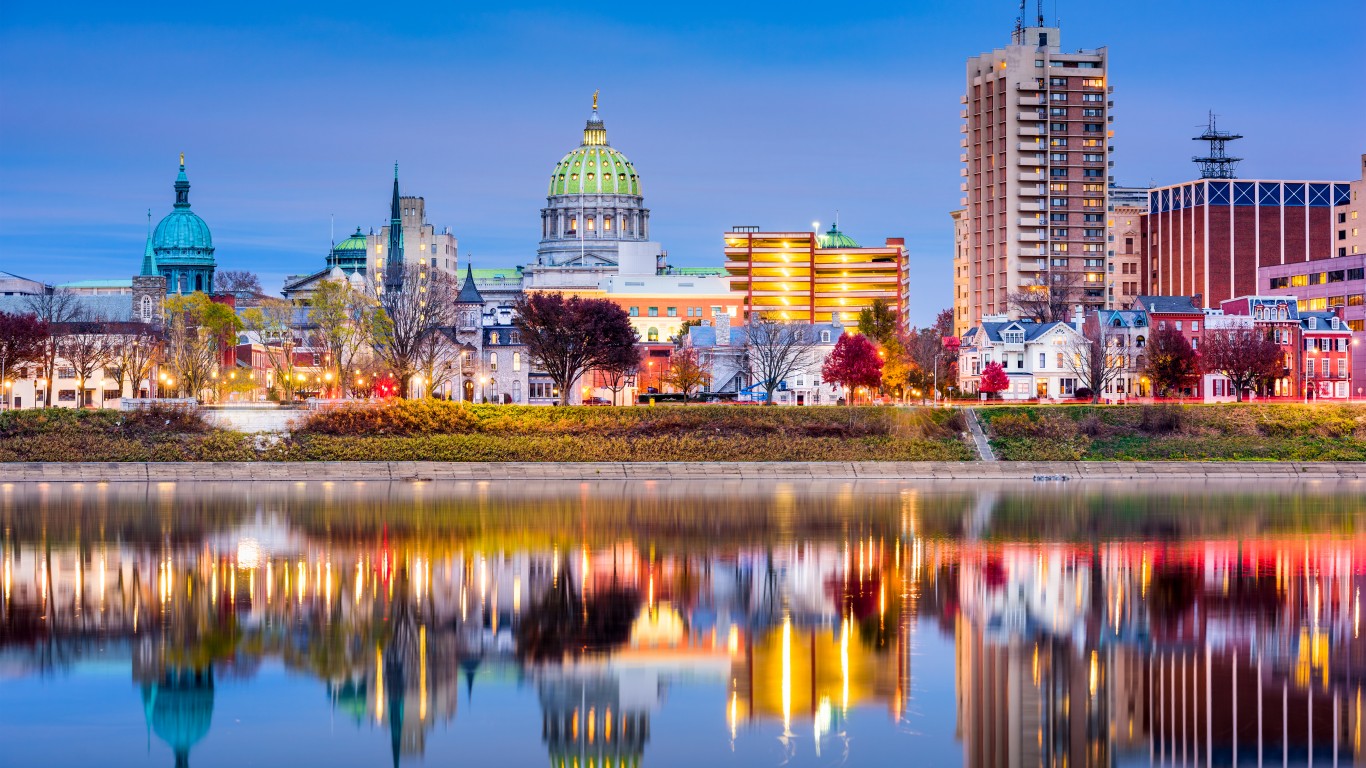 In Pennsylvania, there were 1,743 property crimes — which include burglary, larceny, and motor vehicle theft — reported per 100,000 residents, the seventh lowest property crime rate in the country and far below the national rate of 2,451 incidents per 100,000 Americans. While Pennsylvania’s violent crime rate ranks only 22nd lowest, it is still below the U.S. rate. There were 316 violent crimes — murder, rape, robbery, and aggravated assault — per 100,000 state residents in 2016, less than the national rate of 386 incidents per 100,000 Americans.

While crime is often less prevalent in wealthier, more educated areas, Pennsylvania’s median household income and college attainment rate are nearly in line with the nation as a whole. The typical state household earns $56,907 a year, and some 30.8% of adults in the state have a bachelor’s degree, compared to the national median household income of $57,617 and college attainment rate of 31.3%. 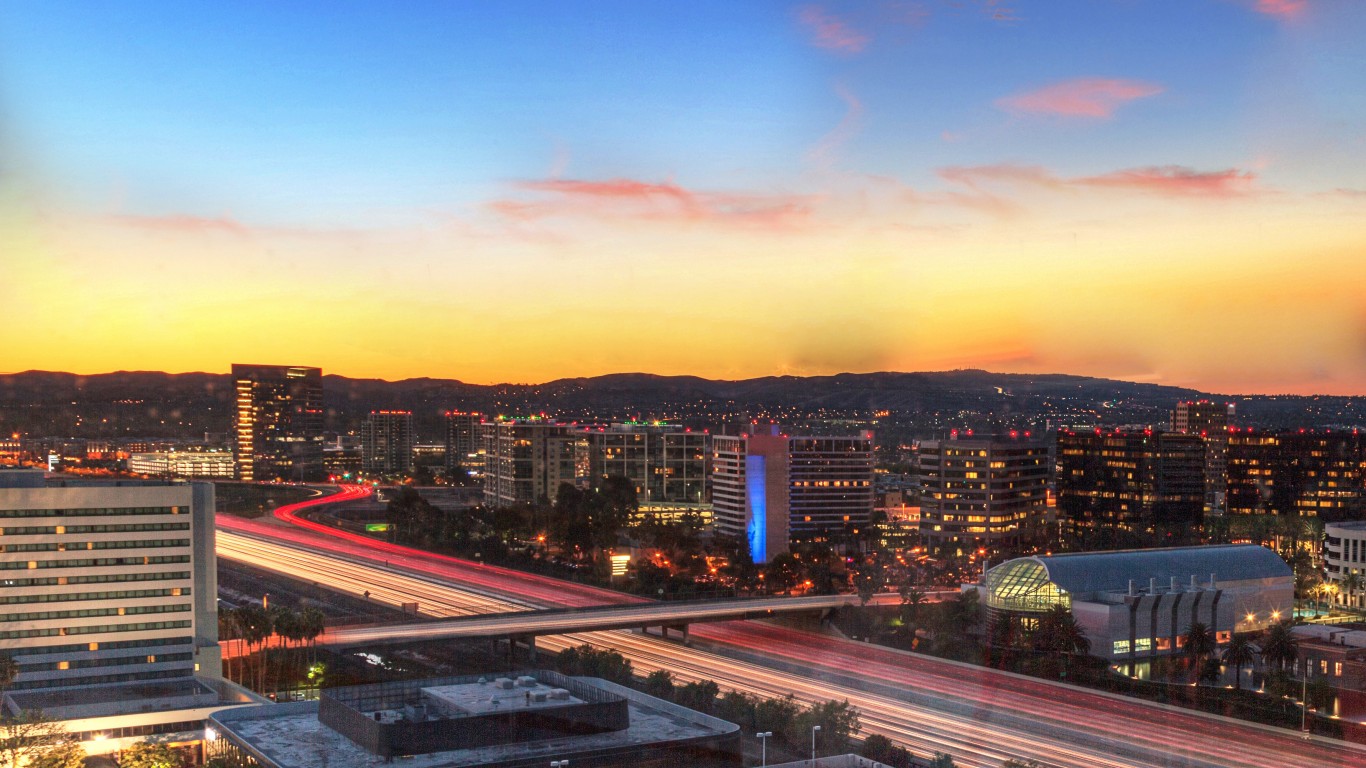 California has some of the strictest gun laws in the country, and while violence is slightly more common in the state than it is nationwide, gun violence is not. There were 7.7 deaths by firearm — including suicide — in the state for every 100,000 people from 2012 and 2016, a lower rate than in most states and well below the national firearm death rate of 11.0 per 100,000 over that period. 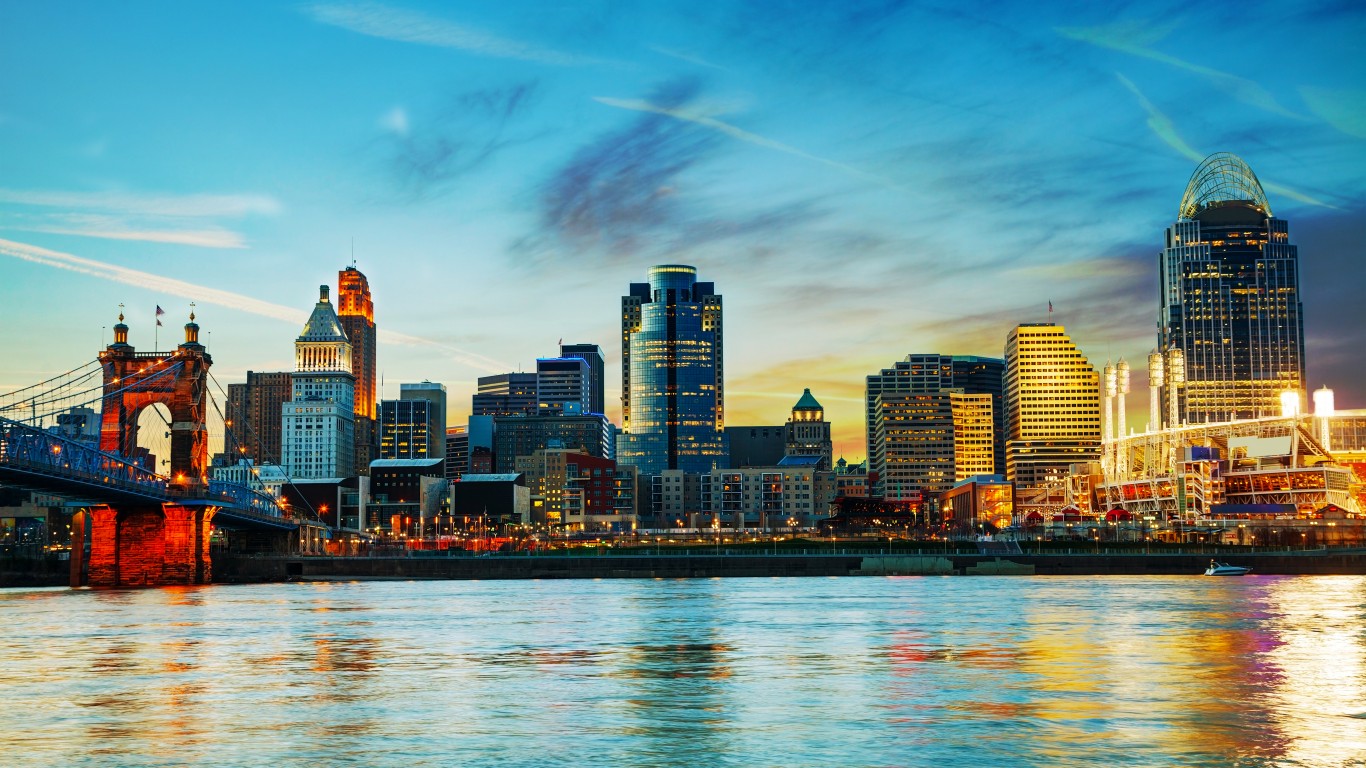 While murder, rape, and robbery are slightly more common in Ohio than they are nationwide, the incidence of aggravated assault — which makes up the majority of violent crime in nearly every state — is far lower. In total, there were 300 violent crimes reported per 100,000 Ohio residents in 2016, far less than the national rate of 386 incidents per 100,000 Americans.

Crime is often less prevalent in wealthy areas with a better educated population. In Ohio, however, the typical household earns $52,334 a year, over $5,000 less than the national median. Similarly, some 27.5% of adults have a bachelor’s degree, compared to the 31.3% share nationwide. 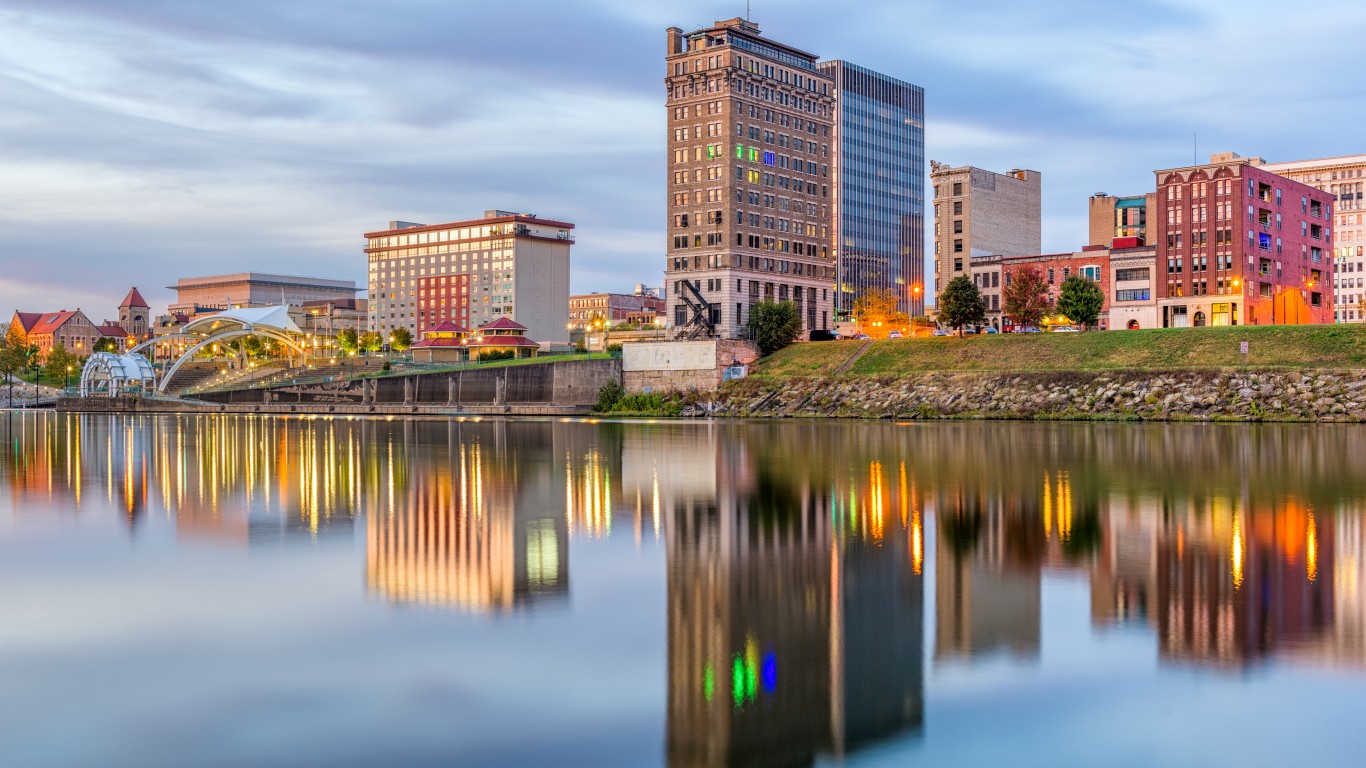 Gun violence is more common in West Virginia than most other states. Including both suicide and homicide, there were 15.1 deaths by firearm in the state for every 100,000 residents from 2012 to 2016, well above the firearm death rate nationwide of 11.0 per 100,000 over the same period. 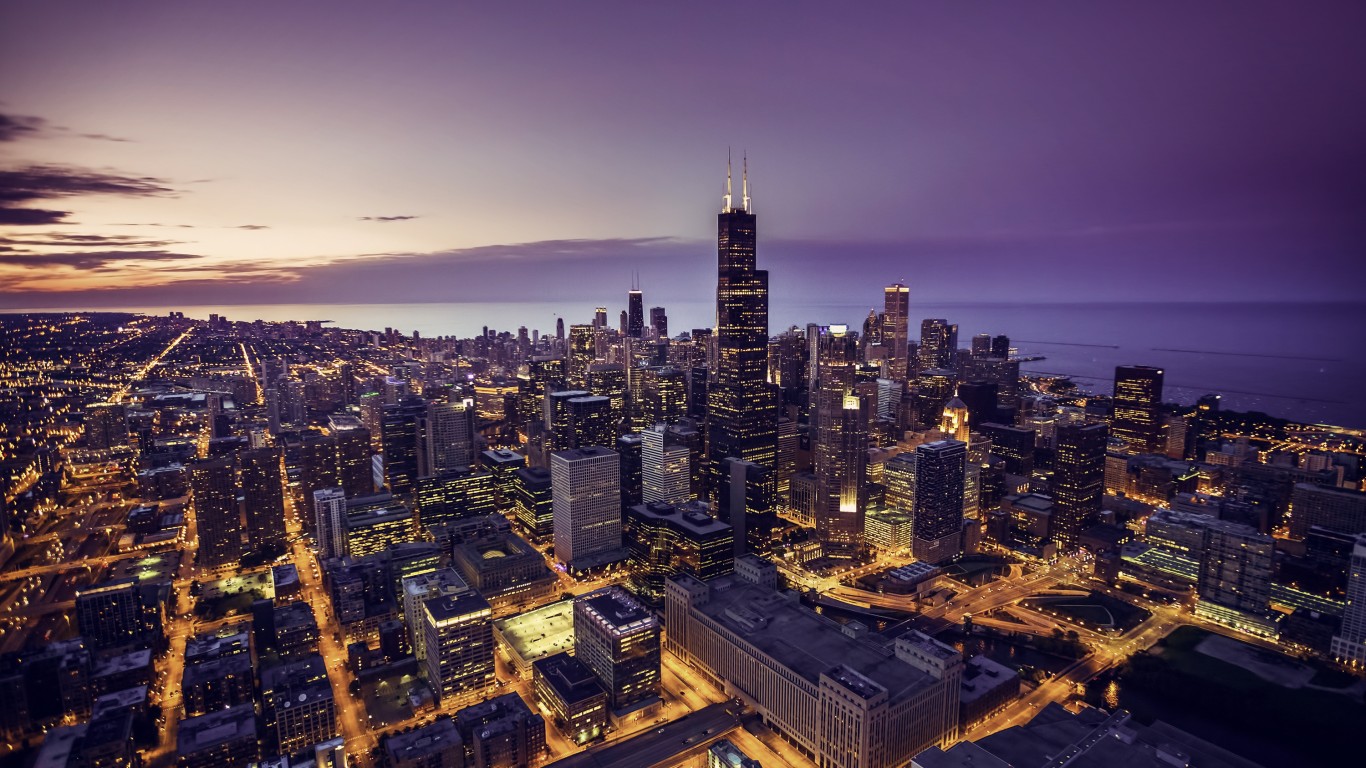 There were 1,054 murders in Illinois in 2016, equal to 8.2 for every 100,000 residents, the fourth highest murder rate of any state. The state’s high homicide rate is largely driven by crime in the state’s cities, particularly Chicago. Some 98.5% of all murders in the state occurred in a metro area. Illinois also has the fifth highest robbery rate in the country. In total, there were 436 violent crimes per 100,000 state residents in 2016, well above the national rate of 386 incidents per 100,000 Americans.

Despite some of the strictest firearm regulations of any state, gun violence is relatively common in Illinois. There were 5.5 murders carried out with a firearm for every 100,000 Illinois residents from 2012 to 2016, the ninth most any state.