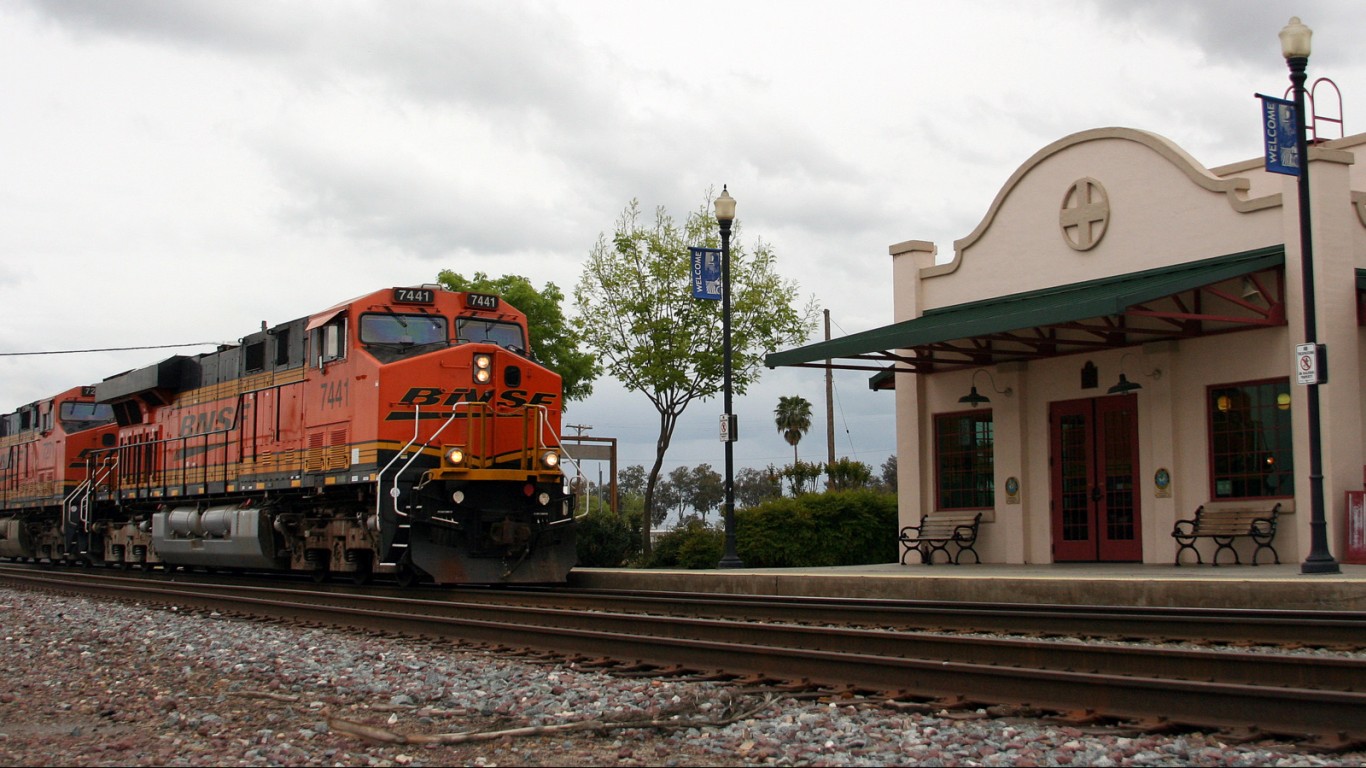 Corcoran, California ranks among the worst cities to live in largely because of widespread financial hardship. The city’s 35.6% poverty rate is among the highest in the state and more than double the 14.6% national poverty rate. For those in the city with disposable income, there are not many local entertainment options. The number of venues like bars, restaurants, theaters, museums, and recreation centers per person is far lower in Corcoran than is typical nationwide.

As is true in many cities on this list, Corcoran’s population is shrinking. The number of people living in the city fell by 7.3% over the last five years. 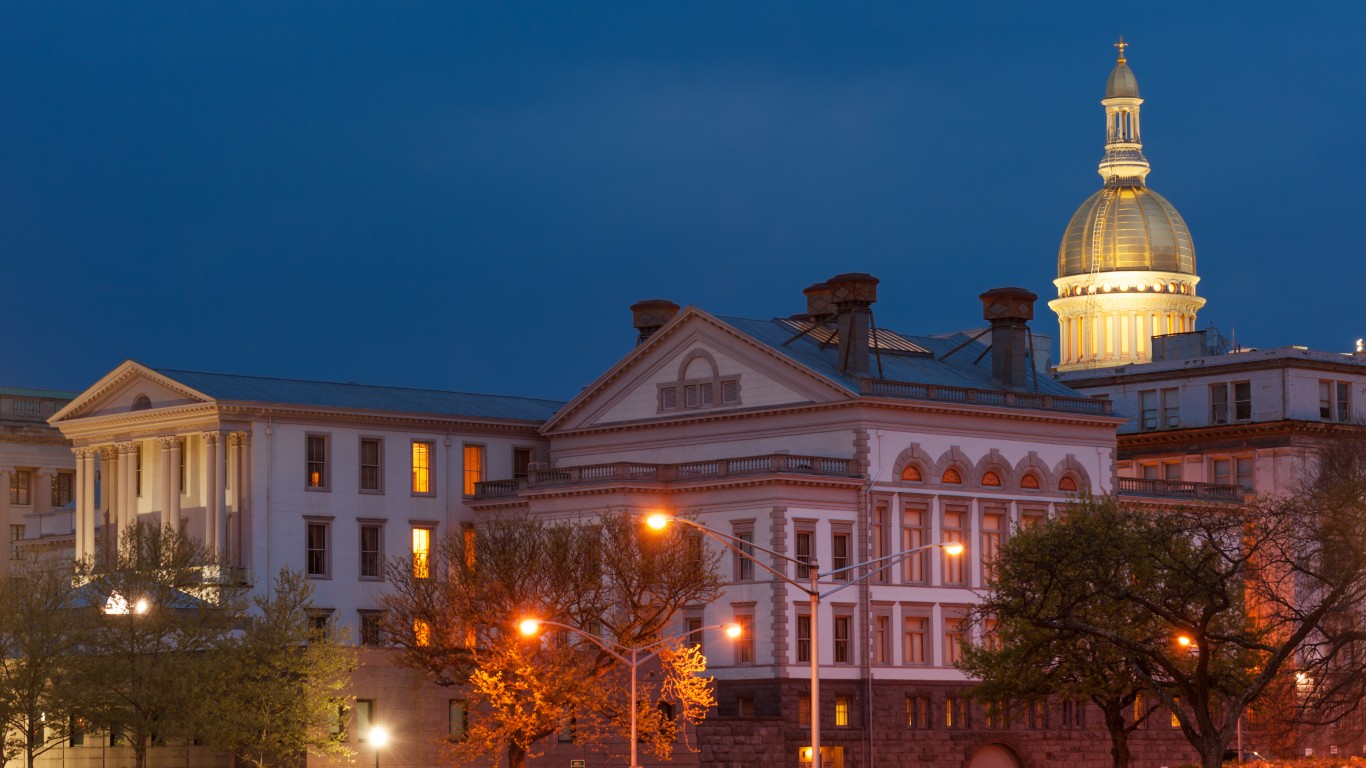 Employment in Trenton, New Jersey, has been largely stagnant over the past five years. The number of people in the city with jobs has increased by just 0.4% in that time period compared to 6.1% employment growth nationwide. The city’s five-year unemployment rate is also relatively high at 7.8% — nearly double the comparable U.S. rate.

This lack of employment opportunities likely contributes to Trenton’s relatively low median annual household income of $35,524 — more than $22,000 below the U.S. median. A dollar does not go nearly as far in Trenton as it would in the typical American city. The city’s cost of living is more than 17% higher than the average U.S. cost of living. 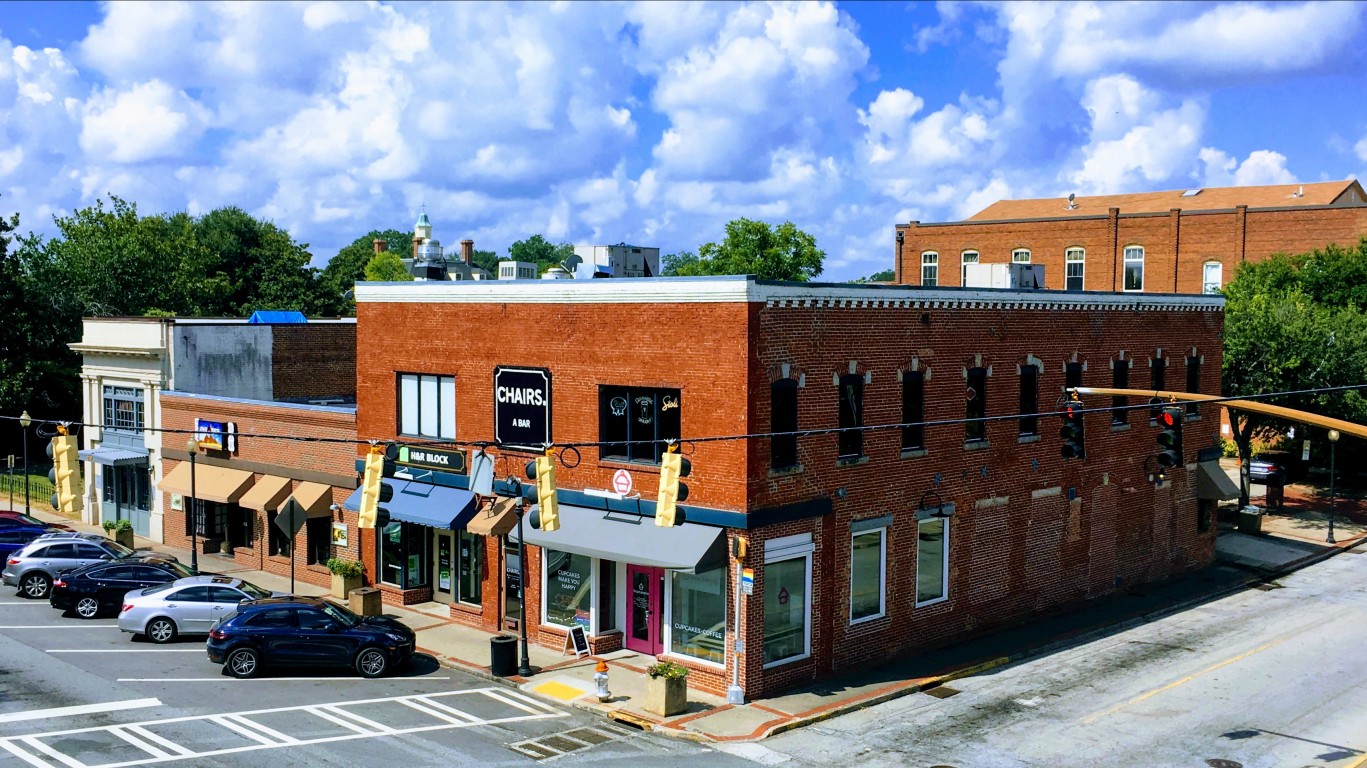 East Point is a small city in the Atlanta metro area. Like some other smaller cities around Atlanta, East Point is one of the most dangerous cities in the country. There were 1,307 violent crimes for every 100,000 city residents in 2017, a higher crime rate than in over 90% of all U.S. cities.

Unsafe streets may be depressing property values in the area. Half of all homes in East Point are worth less than $97,000. Across Georgia as a whole, most homes are worth more over $158,000. 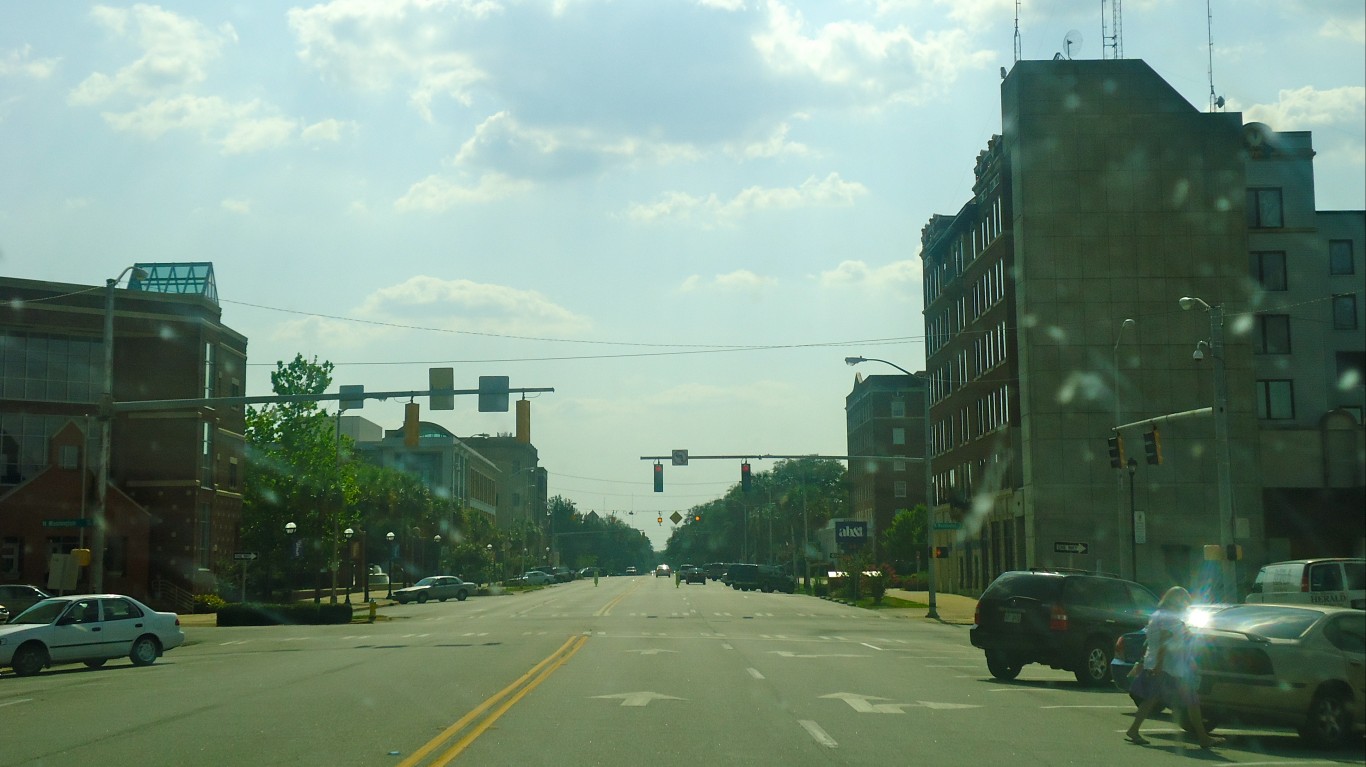 Albany, Georgia, residents are more likely than most Americans to face financial hardship. Nearly a third of the city’s population lives below the poverty line, one of the highest poverty rates in the country. The city’s median household income of $31,843 a year is well below the U.S. median of $57,652.

There are likely many factors that contribute to low incomes in the area, though one of the most significant is employment. Across the United States, employment increased by 6.1% from 2012 to 2017. In the same time period, employment in Albany fell by 4.0%. Albany also has a five-year unemployment rate of 9.7%, more than double the 4.1% U.S. unemployment rate during that same time. 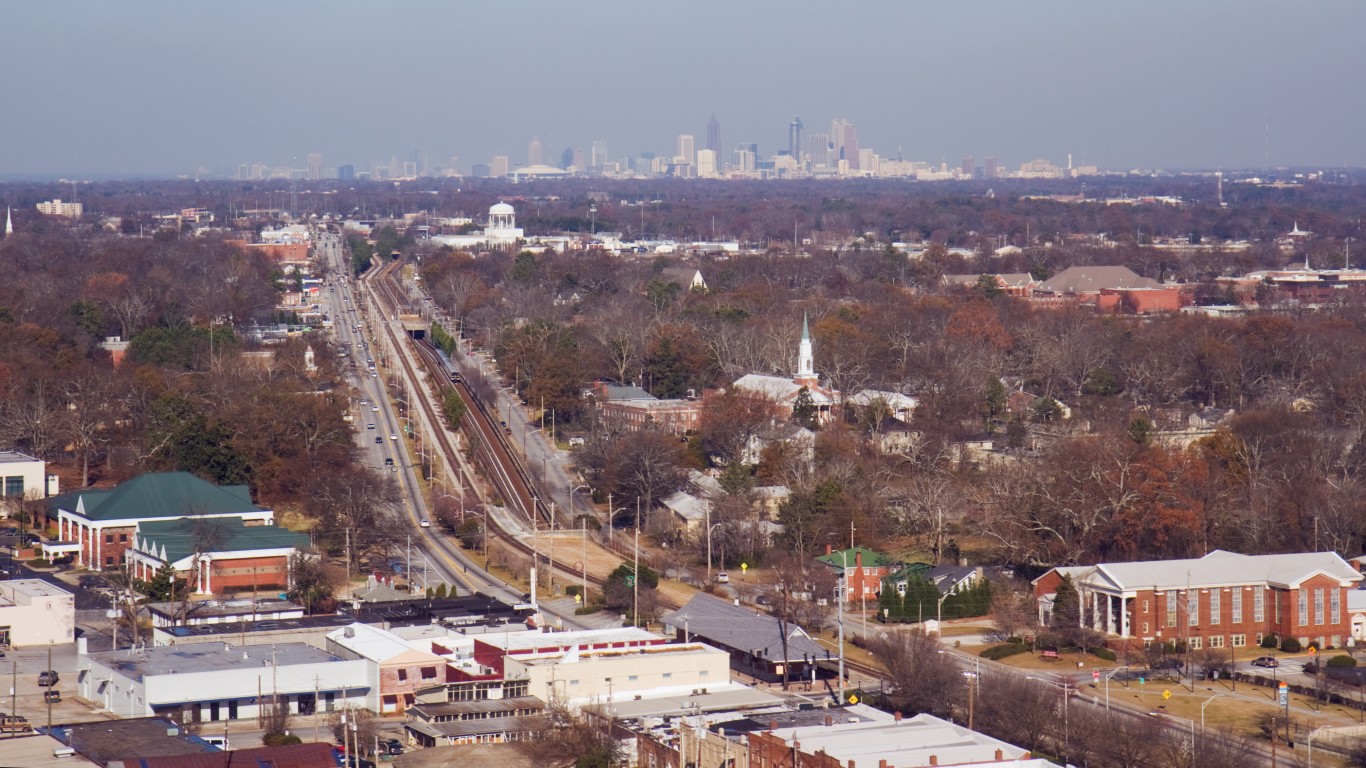 A poor city in just south of Atlanta, College Park’s poverty rate of 35.1% is higher than the poverty rate in over 90% of American cities. Areas with high poverty tend to struggle with crime, and crime is also an issue in College Park. The city’s violent crime rate of 1,467 reported incidents per 100,000 residents is nearly four times higher than the overall U.S. violent crime rate.

Though this factor was not included in the index, College Park may be an undesirable place to live because of its proximity close to Hartsfield-Jackson Atlanta International Airport — the busiest in the world. Those who live near an airport are subjected to loud noise, excessive levels of pollution, and traffic from travelers.