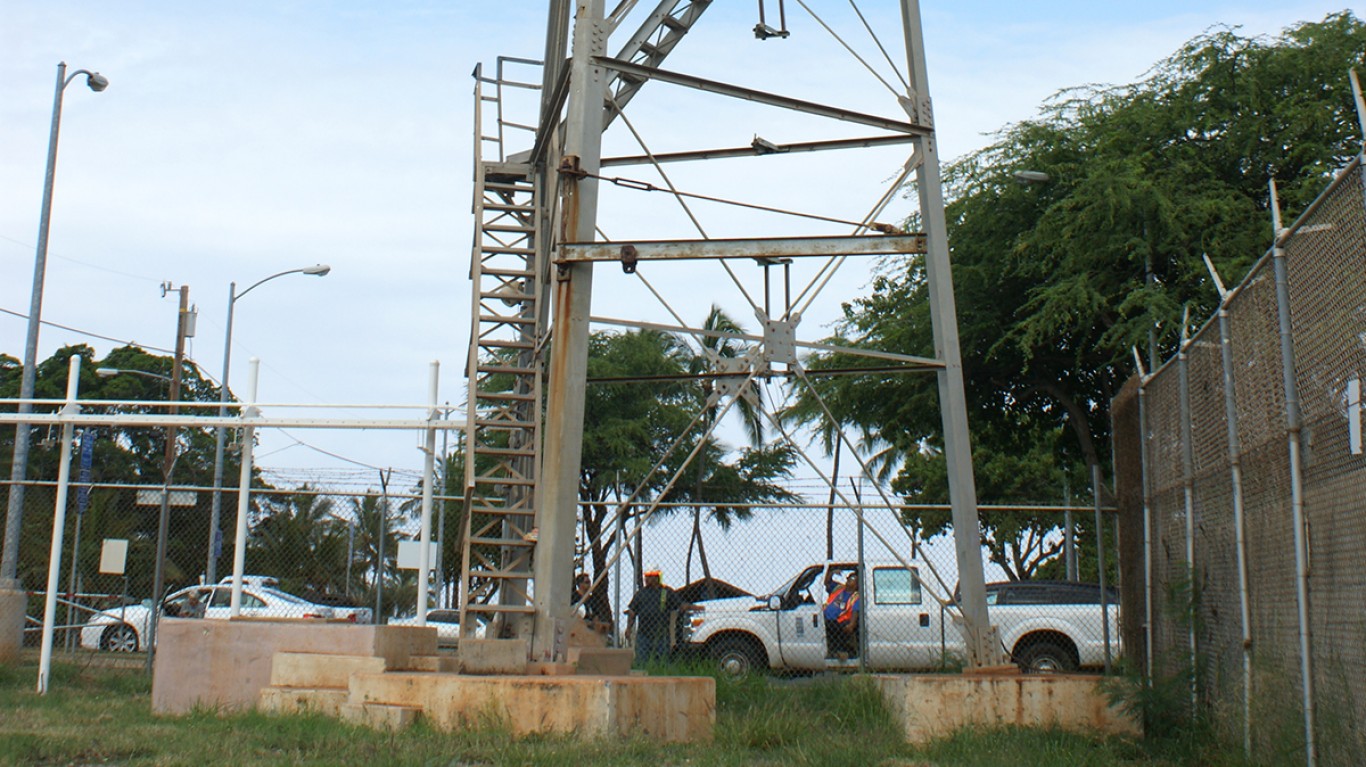 Even though Nanakuli, Hawaii, has a relatively high median annual household income at $65,101, residents typically do not have as much purchasing power as the average American. This is because the cost of living in the city is 61% higher than the average cost of living across the nation. Adjusted for cost of living, the median income in Nanakuli is only about $40,000.

A high cost of living is especially burdensome for people who are out of work. Nanakuli has an 8.3% five-year unemployment rate, more than double the comparable U.S. rate. 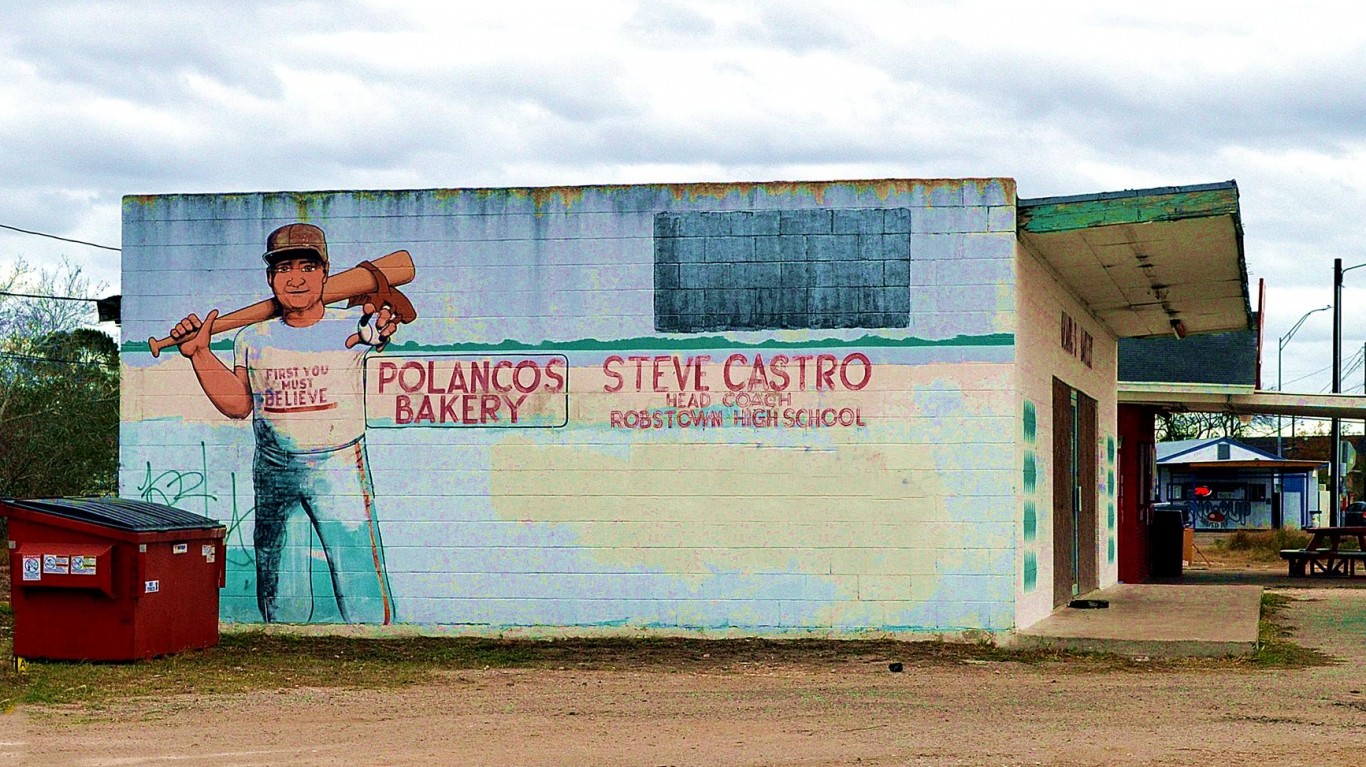 Robstown is a small city in southern Texas, just west of Corpus Christi. The city has struggled with a high jobless rate for years. The Census estimates that an average of 8.1% of the area’s labor force has been unemployed over the last five years, well above the comparable 4.1% national unemployment rate. Indeed, jobs appear to be disappearing in the city. Overall employment dipped in Robstown by 6.6% between 2012 and 2017, even as U.S. employment rose by 6.1%.

Likely due in part to the weak job market, Robstown is losing residents. Even though Texas ranks as one of the fastest growing states, Robstown’s population shrunk by 0.2% in the last five years. 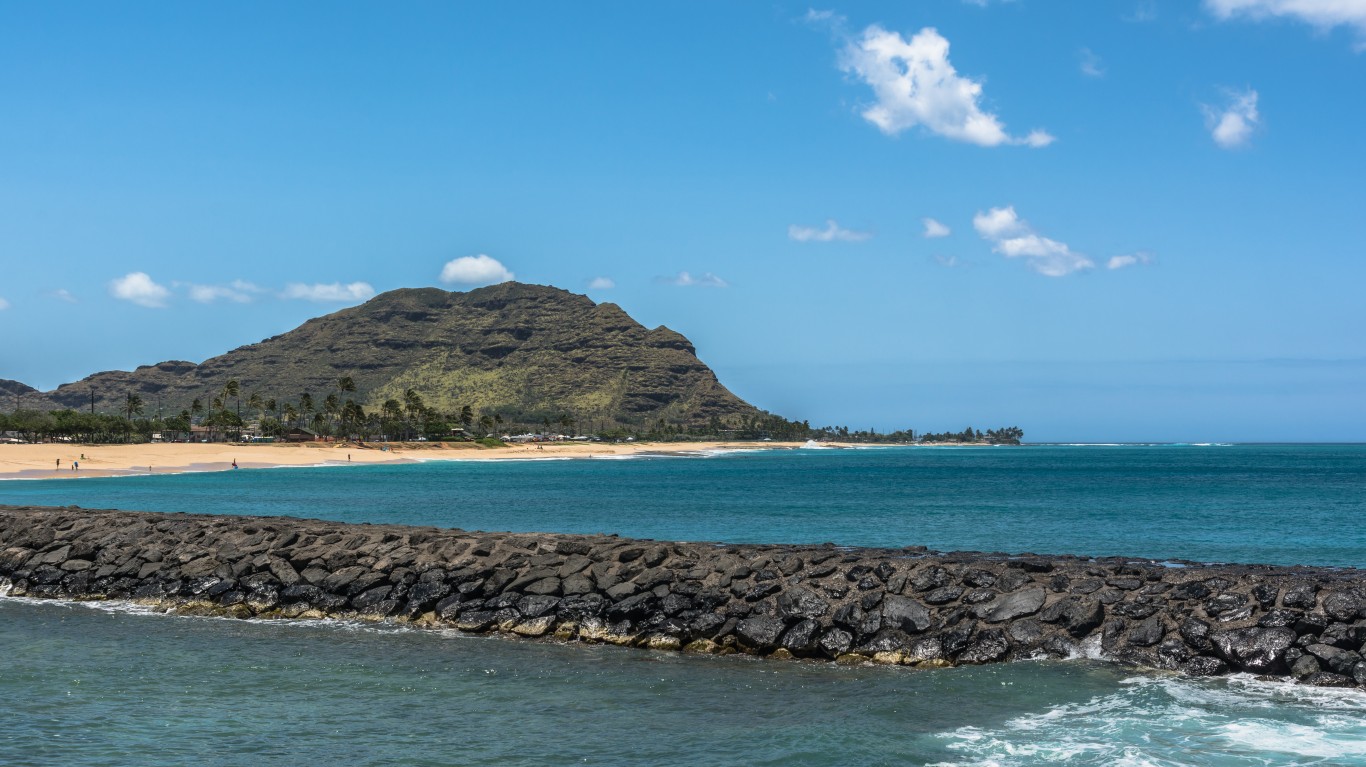 Maili, Hawaii, ranks among the worst cities to live largely because of its high cost of living — which does not align with what many residents can comfortably afford. Goods and services in the area are 61.4% more expensive than they are nationwide, on average. Though the typical area household earns $71,806 per year, incomes are actually far lower than average after accounting for cost of living. The cost of living is especially straining for the larger than typical 20.2% share of residents living in poverty. 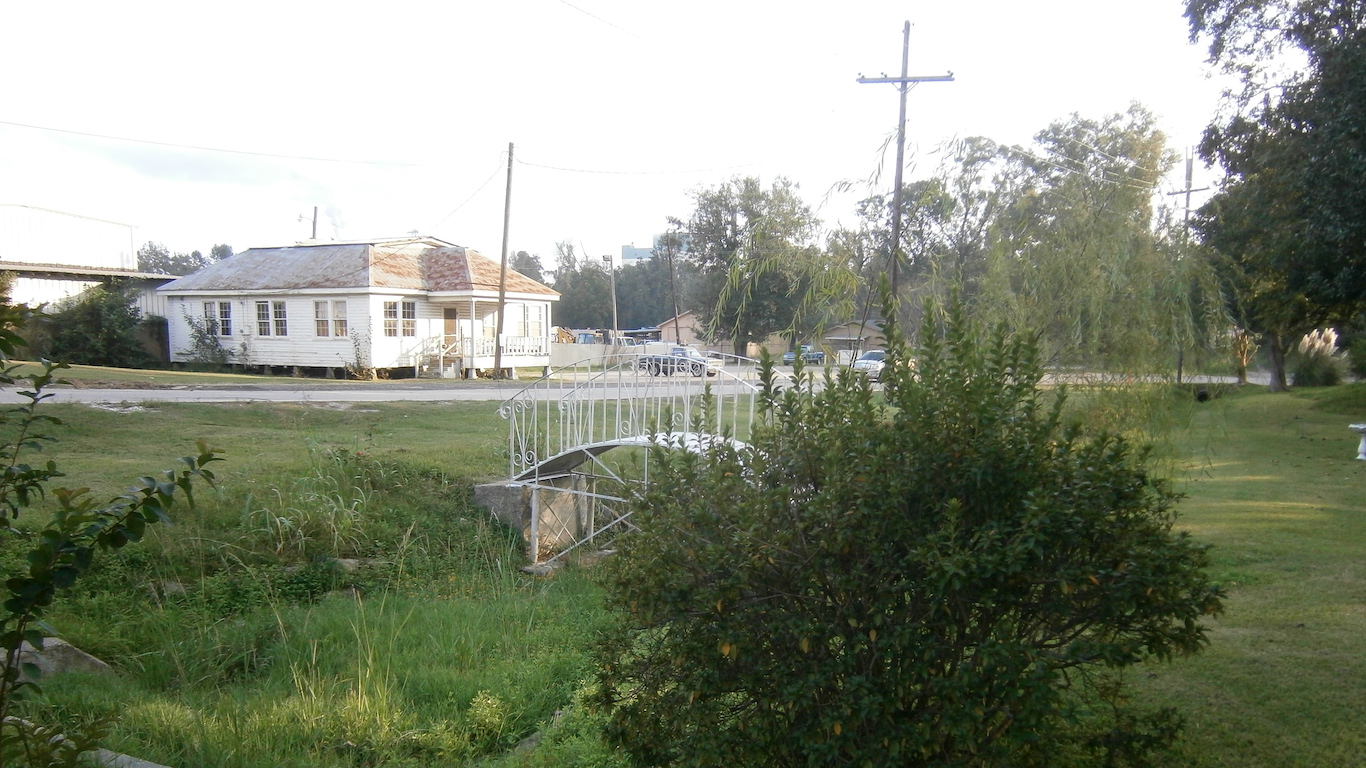 Of the more than 4,700 cities considered for this list, fewer than 100 have a median home value lower than in Bogalusa, Louisiana. Most homes in the city cost less than $70,000. For comparison, the typical home in the U.S. is worth $193,500. Very few residents are equipped to pay for an expensive home, as the city’s median annual household income is just $24,600.

Areas with lower levels of education tend to have lower of incomes and higher poverty rates. This holds true in the case of Firebaugh, California. Just 6.3% of Firebaugh adults have a bachelor’s degree, compared to 30.9% of U.S. adults. Three in 10 city residents live in poverty, more than double the U.S. poverty rate. At least half of all city households earn less than $42,000 per year.

The five-year unemployment rate in Firebaugh of 11% is more than double the U.S. unemployment rate over that time. The area’s job market appears to be improving however. Total employment increased by 15% over the last five years, far outpacing the comparable 6.1% employment growth nationwide.