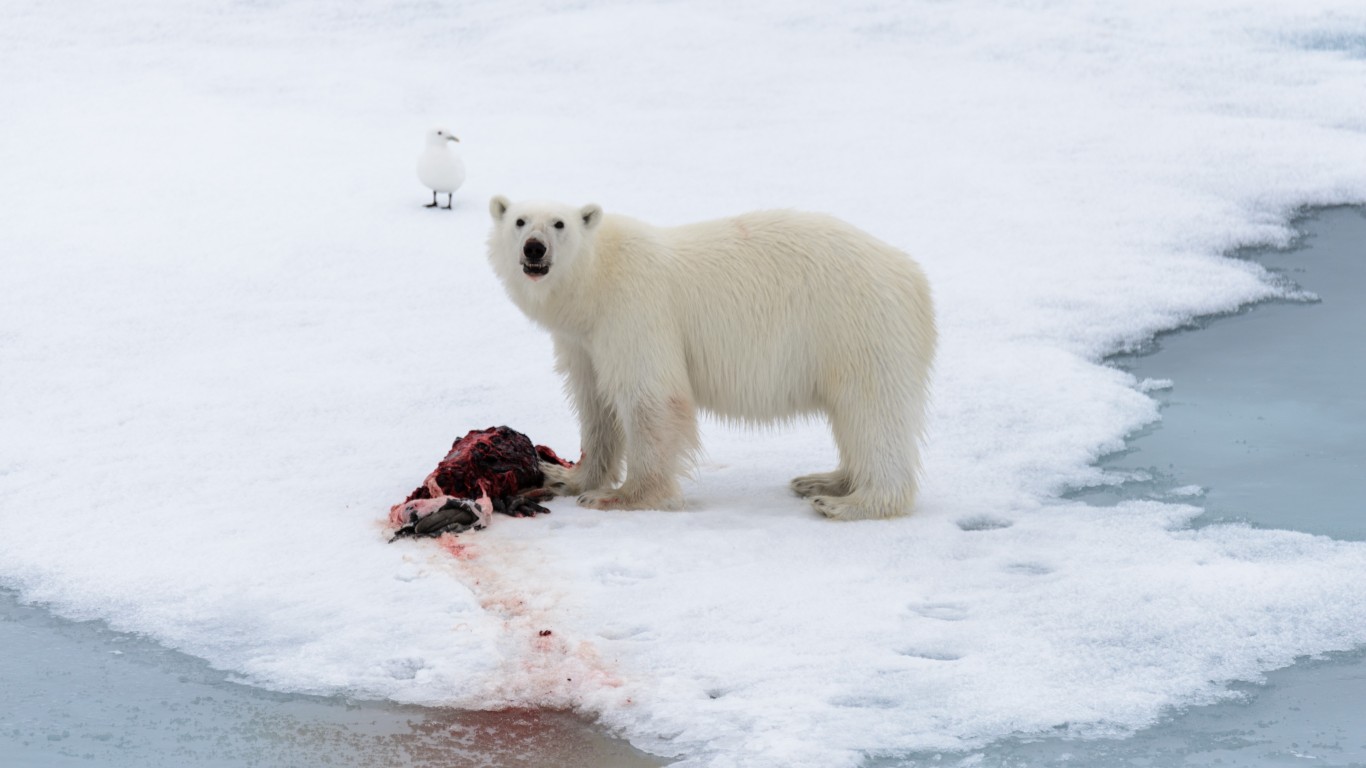 They don’t have to drink water.

Polar bears get all the liquid they need from the seals and other animals they eat, so have no need to drink water. 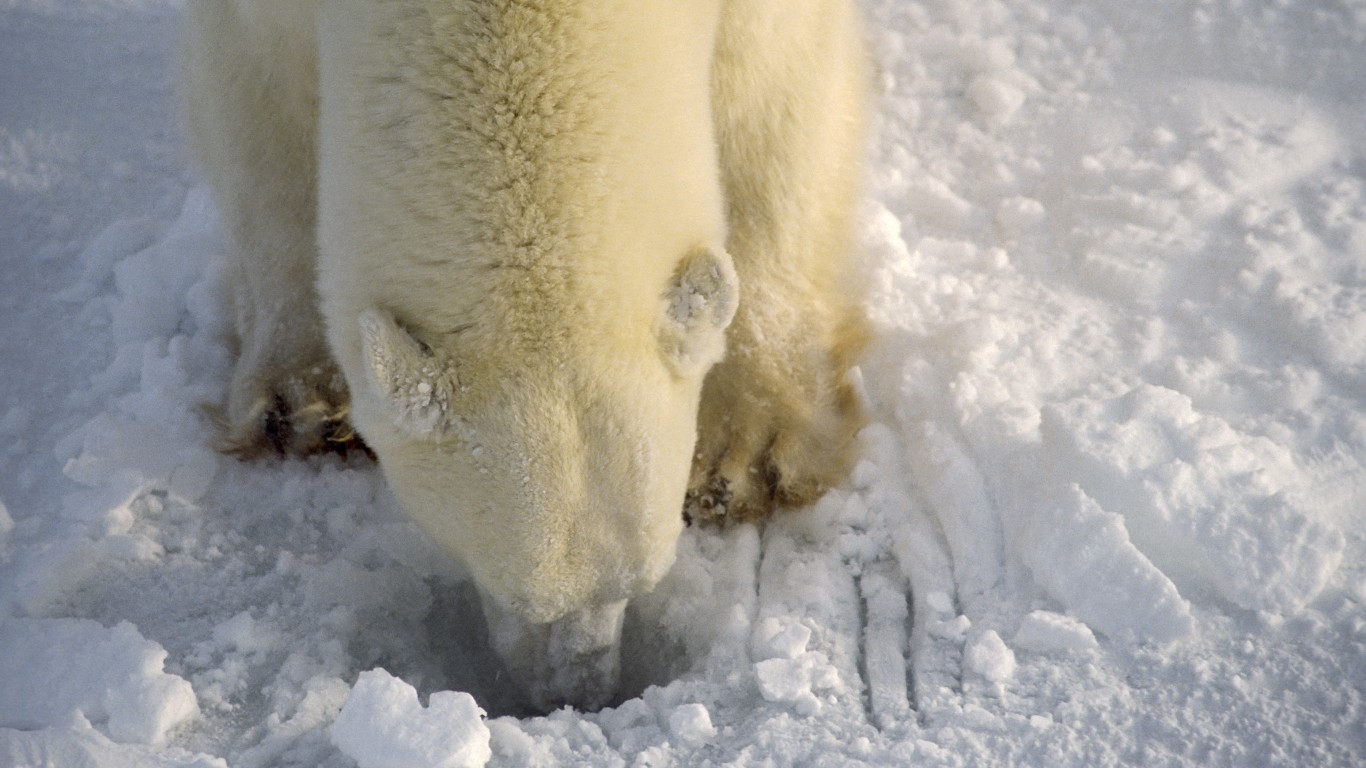 Their sense of smell is among the sharpest of any animal.

It is said that they can smell a seal from 20 miles away, and that a polar bear will walk 100 miles to follow the scent of a female in heat. 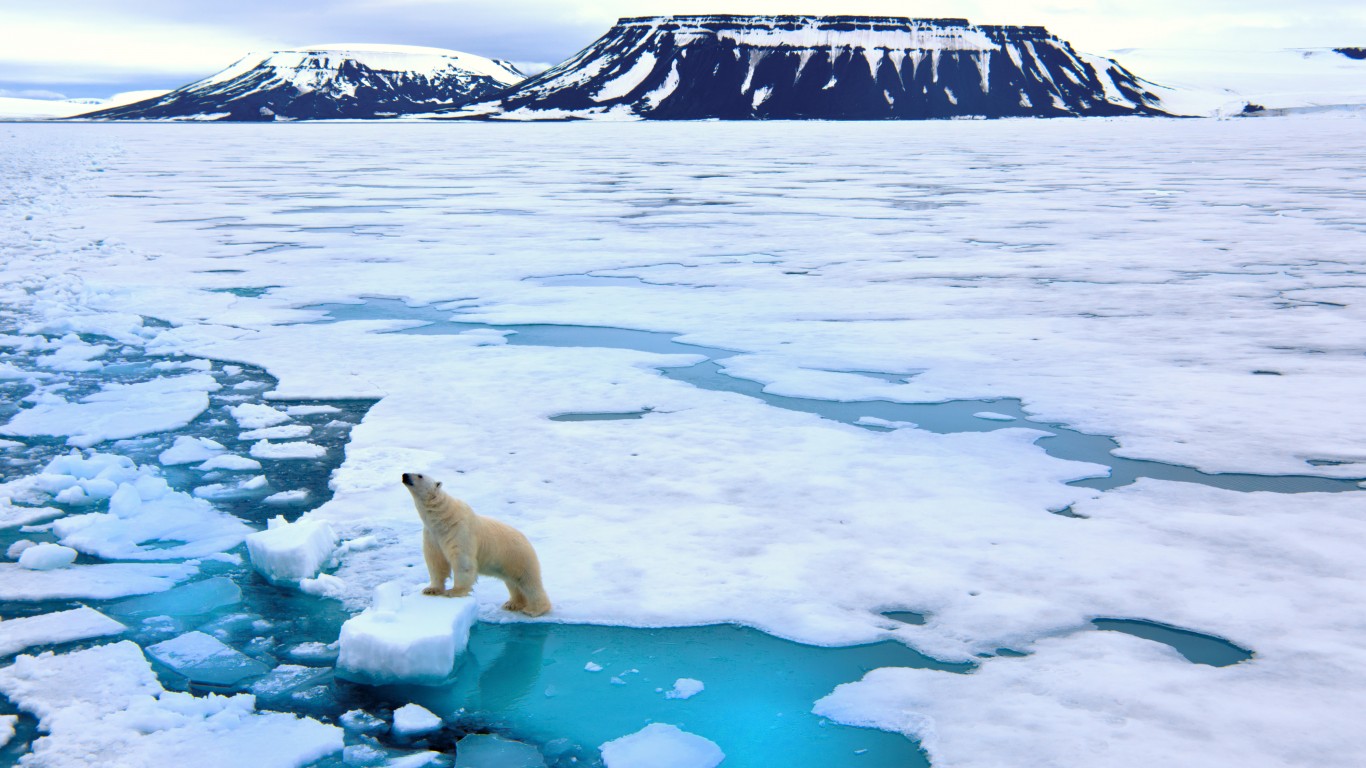 They are considered a threatened species by the U.S. government.

In 2008, the polar bear was listed as a threatened species under the U.S. Endangered Species Act. Environmental factors, including the effects of climate change, have contributed to their decline, as well as the bears’ low natural reproduction rate. The global population of the animals is projected to decline 30% by 2050. 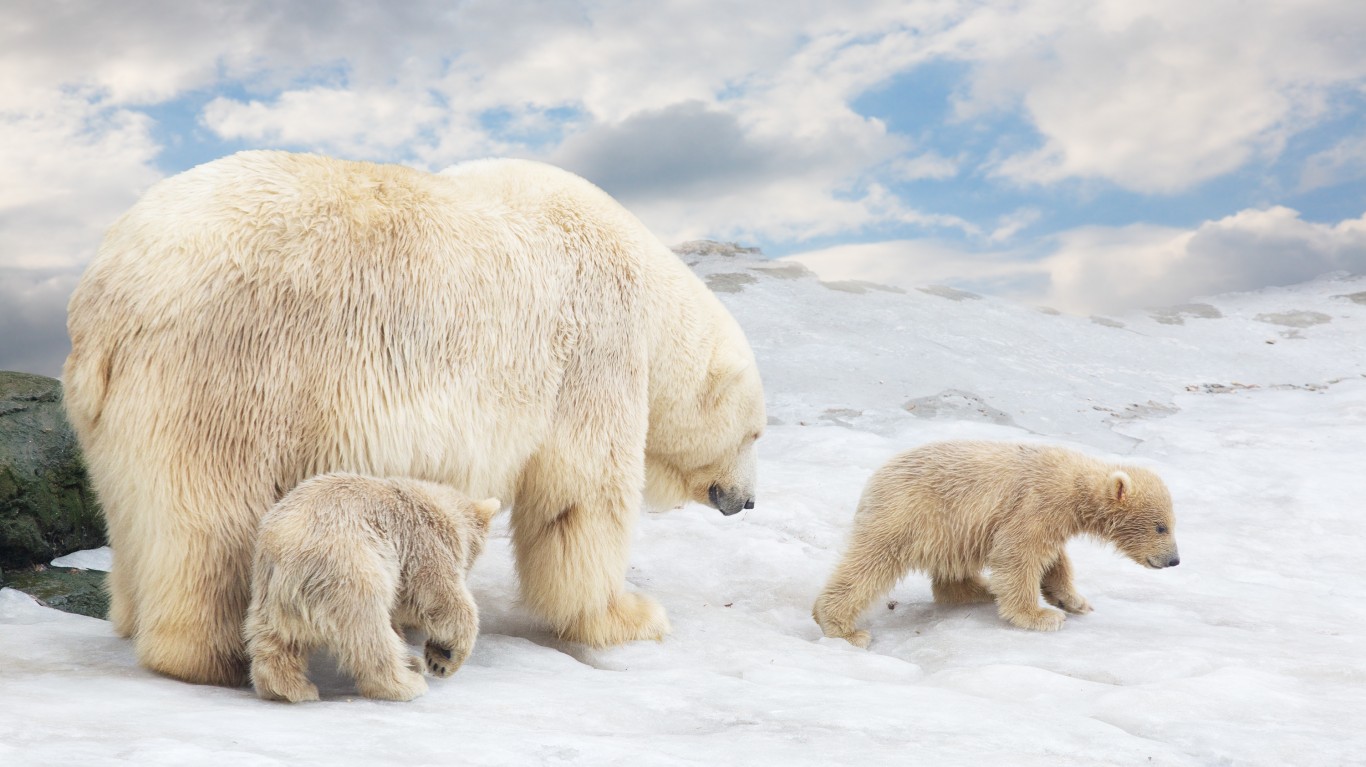 Unlike other bear species, polar bears don’t shut down and go to sleep in the winter — nor do they, as was once believed, enter into a state of walking hibernation in which their body temperatures drop.