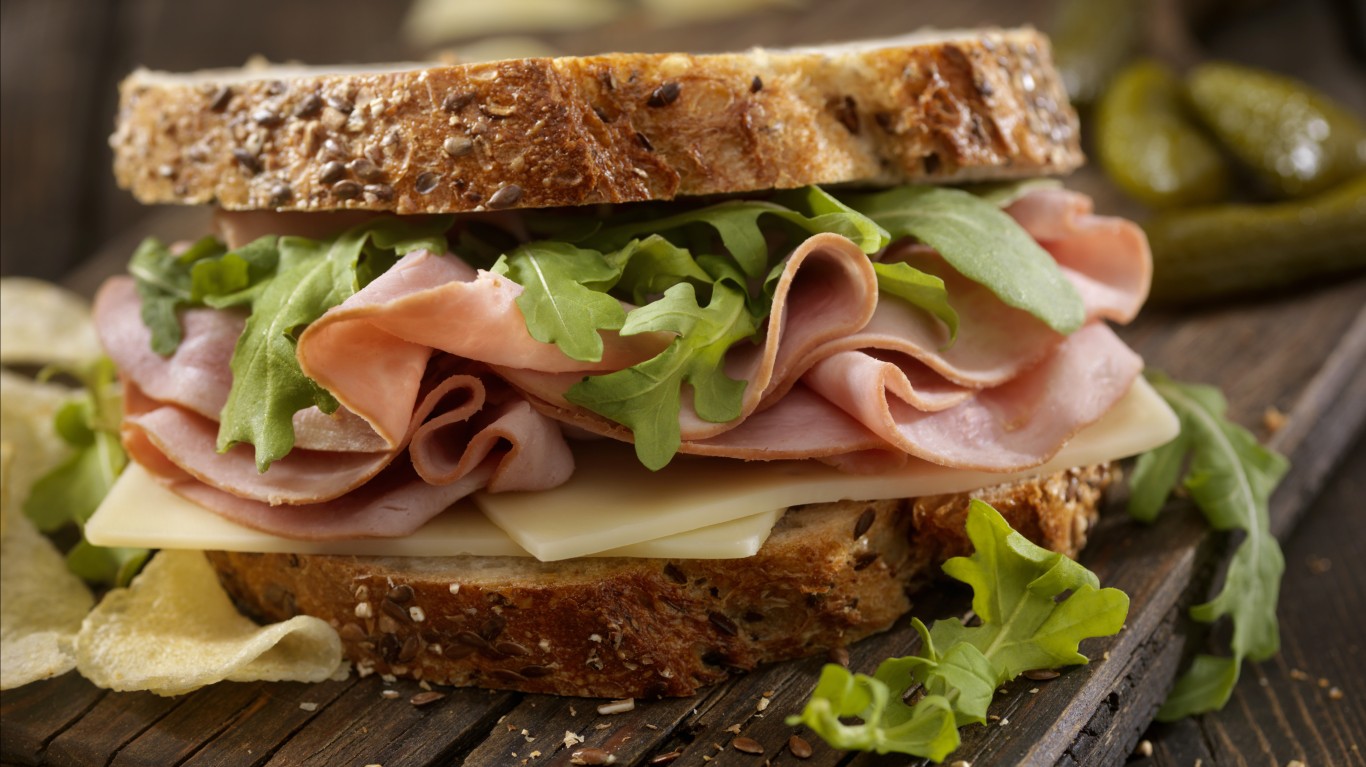 According to research done in 2014 by Datassential, a food industry market research firm, ham was the second most popular sandwich filling in America (turkey was No. 1; see below). Ham has been popular for a while. The Oxford Companion to Food reports that in 1850, there were some 70 street vendors selling ham sandwiches in London. An English writer, Elizabeth Leslie, apparently introduced them to America in 1840, publishing a recipe for “slightly buttered” bread (“a very little mustard” was optional) sandwiching a very thin slice of cold boiled ham. Today, with more than a single slice involved and often with cheese added, the ham sandwich is a deli staple. 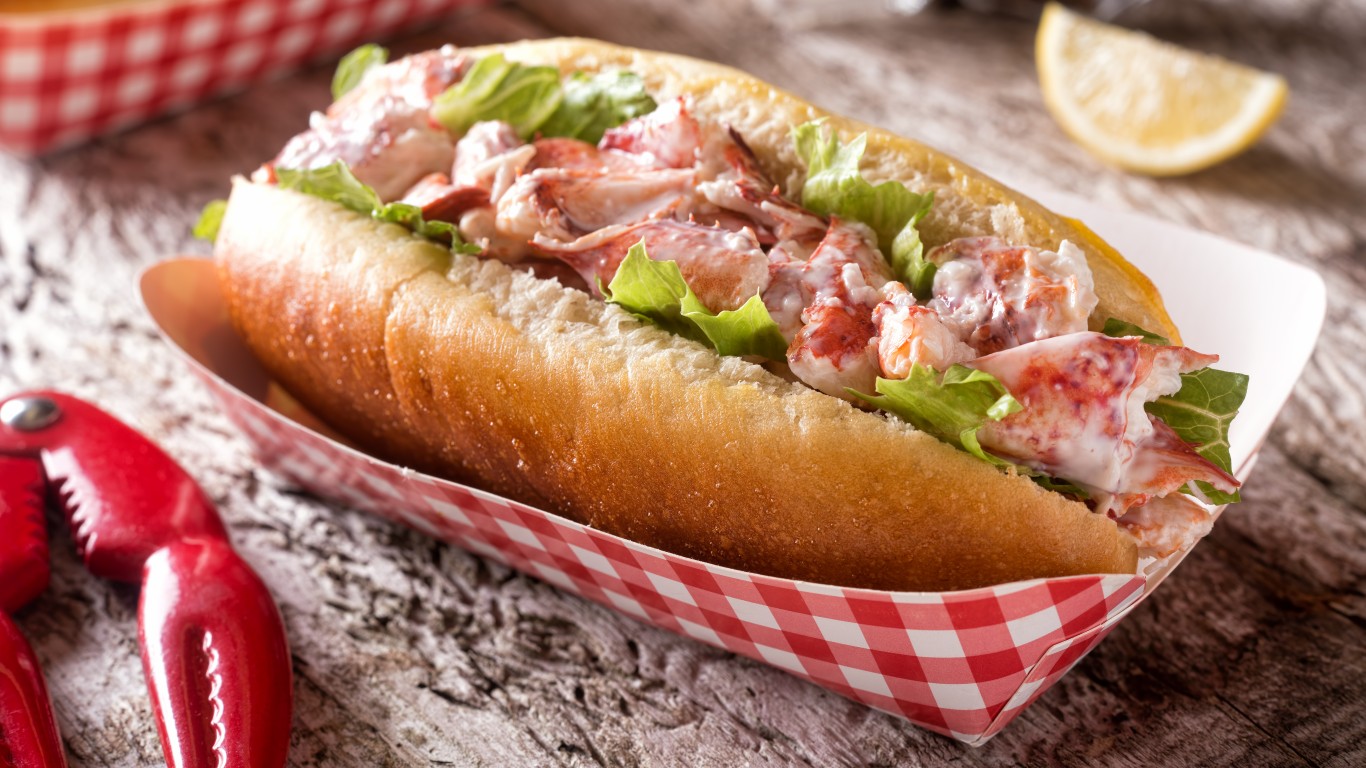 Is the lobster roll a sandwich? Almost everybody calls it one — and the mail-order seafood company Lobster Anywhere even hails it as “the official summer sandwich.” The first lobster roll on record was made in 1929 at a restaurant called Perry’s in Milford, Connecticut. It was simply pieces of lobster cloaked in butter, served warm on a hot dog bun. The more familiar version, made with cold lobster, often lightly dressed with mayonnaise, is associated with Maine — but in fact was first popularized in the mid-1960s on Long Island. Cold lobster rolls (some versions add chopped celery and other ingredients) are typically served on a kind of hot dog bun split open on the top, rather than on the side. The hot Connecticut style often comes on a hamburger bun or similar roll.

24/7 Wall St.
The Unhealthiest Item in Every Fast-Food Chain in the US 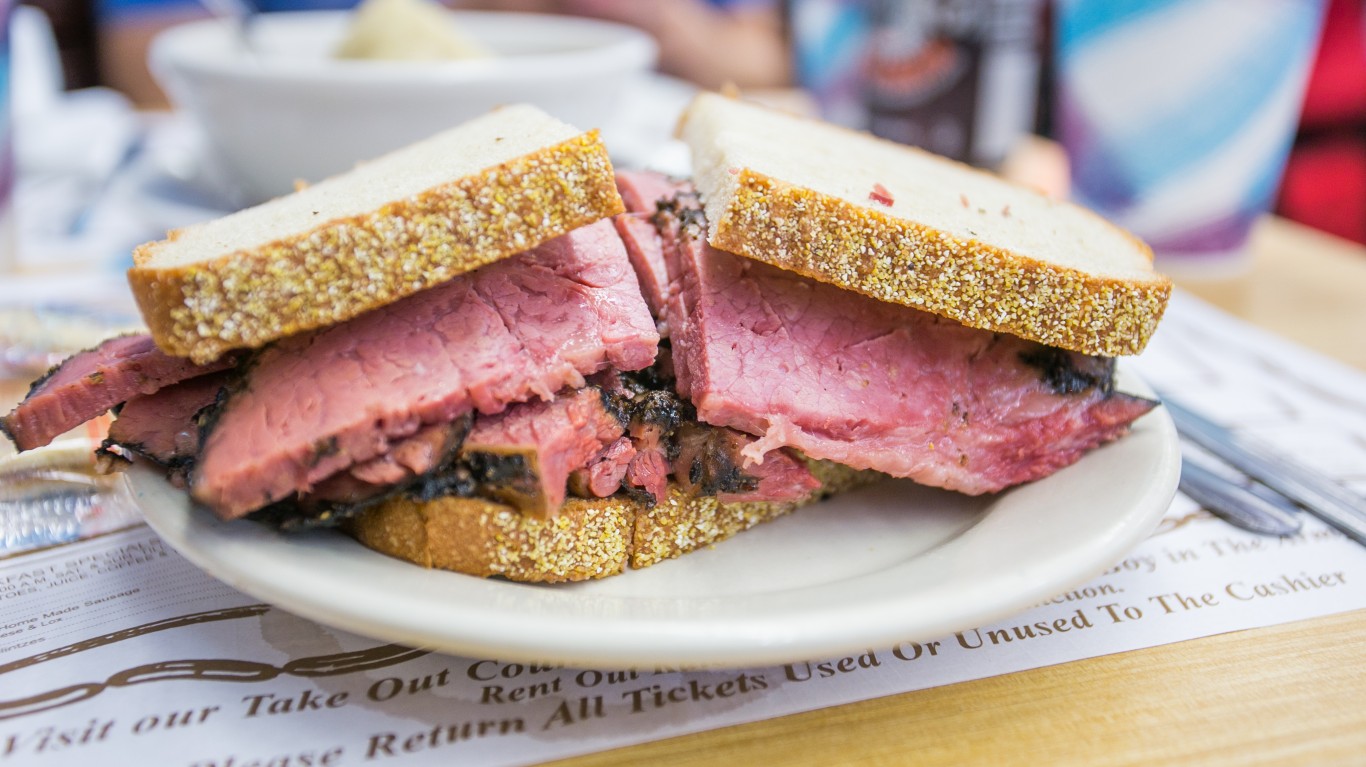 The Eastern and Central European ancestor of pastrami was spiced, air-dried beef. American Jewish deli pastrami is beef, too, but the processing is more complicated. It is sometimes made from brisket (like corned beef), but more often comes from the navel, a fatty cut next to the brisket. It’s cured in brine, seasoned, and then smoked. For sandwiches, the form in which it’s mostly eaten, pastrami — like corned beef — is sliced thin and served on rye, always with mustard. 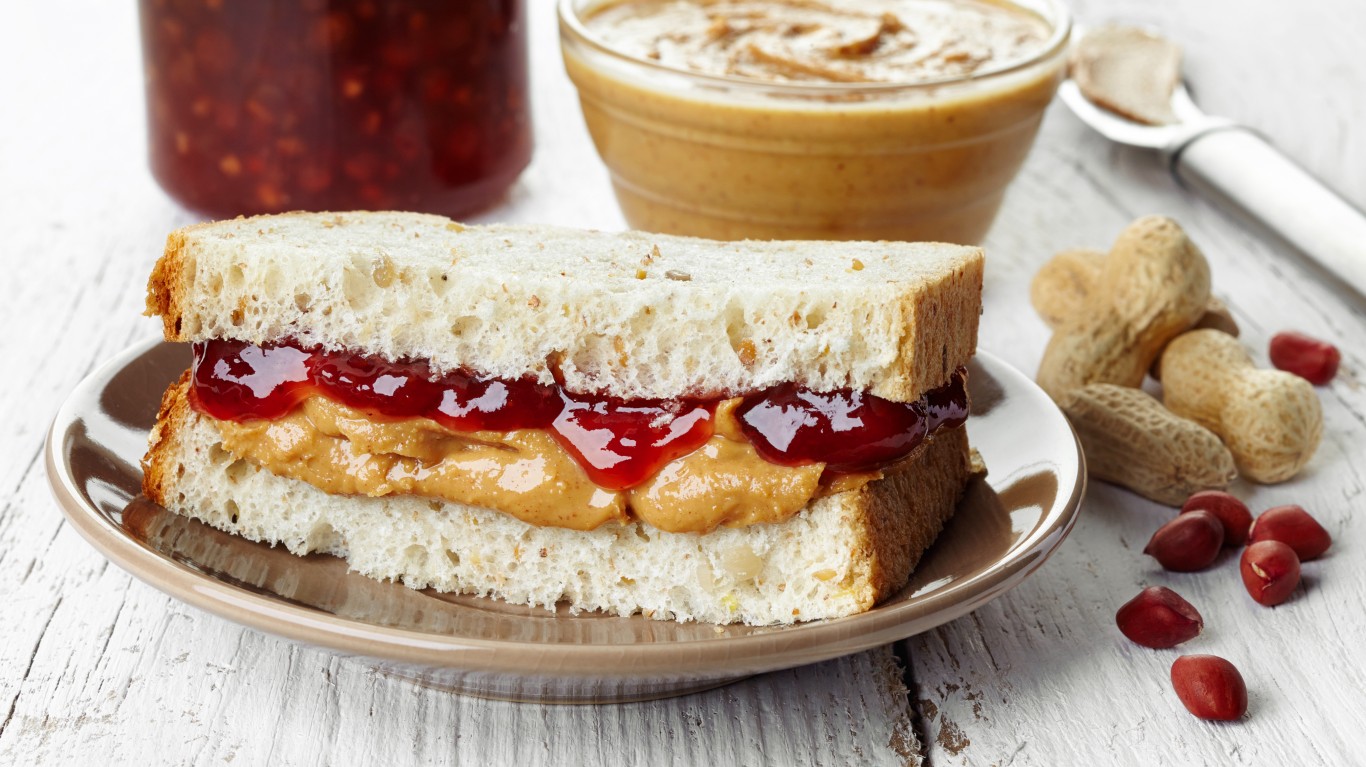 This quintessential childhood favorite was first mentioned in print in 1901 but became truly popular in the 1920s, with the invention of pre-sliced bread and a decline in the price of peanut butter, which had previously been something of a luxury. Recipe books from the era suggested alternatives, combining peanut butter with everything from apricots to tomatoes. And of course Elvis Presley later became famous for his love of peanut butter and banana sandwiches fried in butter. 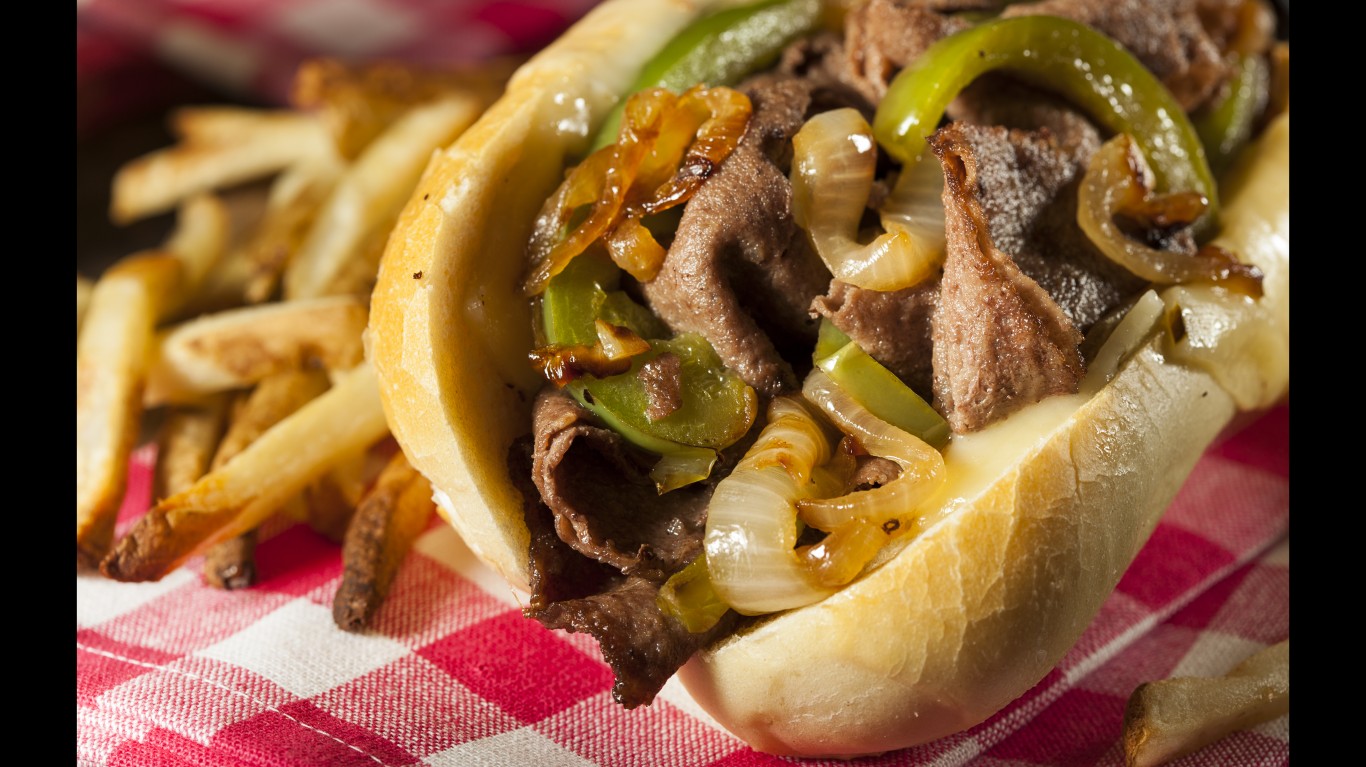 This Philadelphia specialty, now found all over the country, is composed of thin-sliced beef, cheese (processed Cheez Whiz, according to purists, though sliced American cheese and other varieties are also used), and often sauteed onions on a crusty Italian-style roll. It may have been invented in the city’s Pat’s Restaurant — still going strong under the name Pat’s King of Steaks — in 1930.