Many of the retailers announcing store closings are mall mainstays such as Payless ShoeSource and children’s retailer Gymboree. Both of those companies announced this year they are filing for bankruptcy and are closing all of their stores. Apparel chain Charlotte Russe, which also filed for bankruptcy this year, is also shuttering all of its locations.

Other chains, such as The Gap Inc. and L Brands, are also reducing their store counts. Though one of the Gap’s brands, Old Navy, is one of the most successful fashion brands in the country, the Gap brand itself is not doing as well and is closing stores. L Brands, parent of women’s intimate apparel company Victoria’s Secret, a popular brand among millennials, is also closing stores.

Paring stores and reducing a retail footprint can be a dangerous strategy for retailers. Sears Holdings, parent of the company that virtually defined retail in the 20th century, failed to adapt to the changing retail landscape and shuttered stores. The remaining stores have been plagued by  empty shelves and poor customer service. Though these issues have tainted the brand, Sears is still not among the most hated companies in America.

The retrenchment of traditional retailers is showing no signs of abating, especially since many retail experts say the United States is still “overstored.”

To identify the companies closing the most stores, 24/7 Wall St. reviewed major U.S. retailers that have announced store closings for 2019. All listed store closings are based on company announcements of closures that will take place at least partially in 2019. Store counts represent the total number of stores worldwide, unless specific geography is noted, and the come from company annual reports and corporate websites. Store counts represent the most recent available figures and do not necessarily factor in closings. Store closing values are the number of stores closed or announced; it is not a net value that accounts for store openings. Only one parent company is listed for each retailer. In the case of companies who own multiple retail brands and do not specify which will close, we only listed their most well known brands. 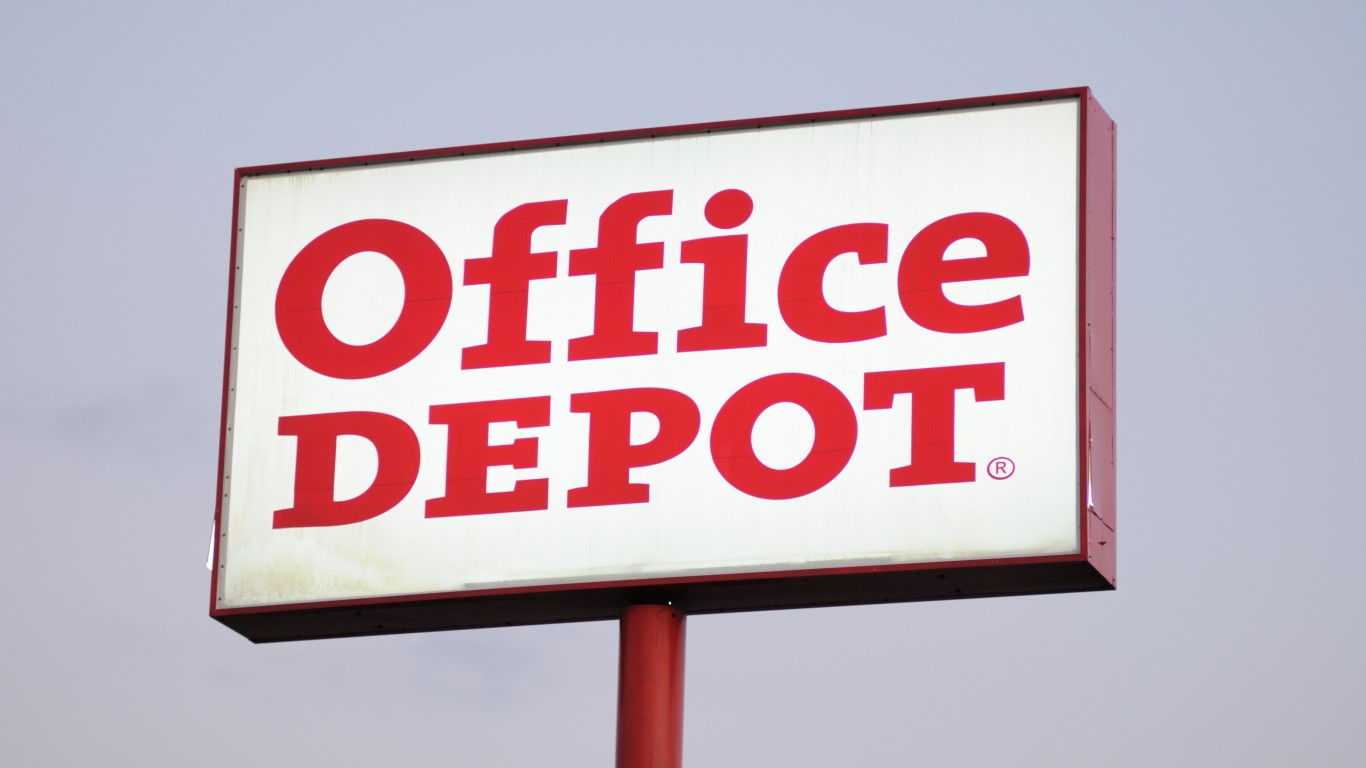 The Boca Raton, Florida-based office supply company announced plans to shutter 50 stores in 2019 — after closing 19 stores in 2018 and 63 the previous year. In the third quarter of 2016, the company announced a plan to close 300 stores in North America over the next three years. The company has been forced to retrench because of competition from e-commerce titan Amazon.com, as well as the decline in the use of office and school supplies. 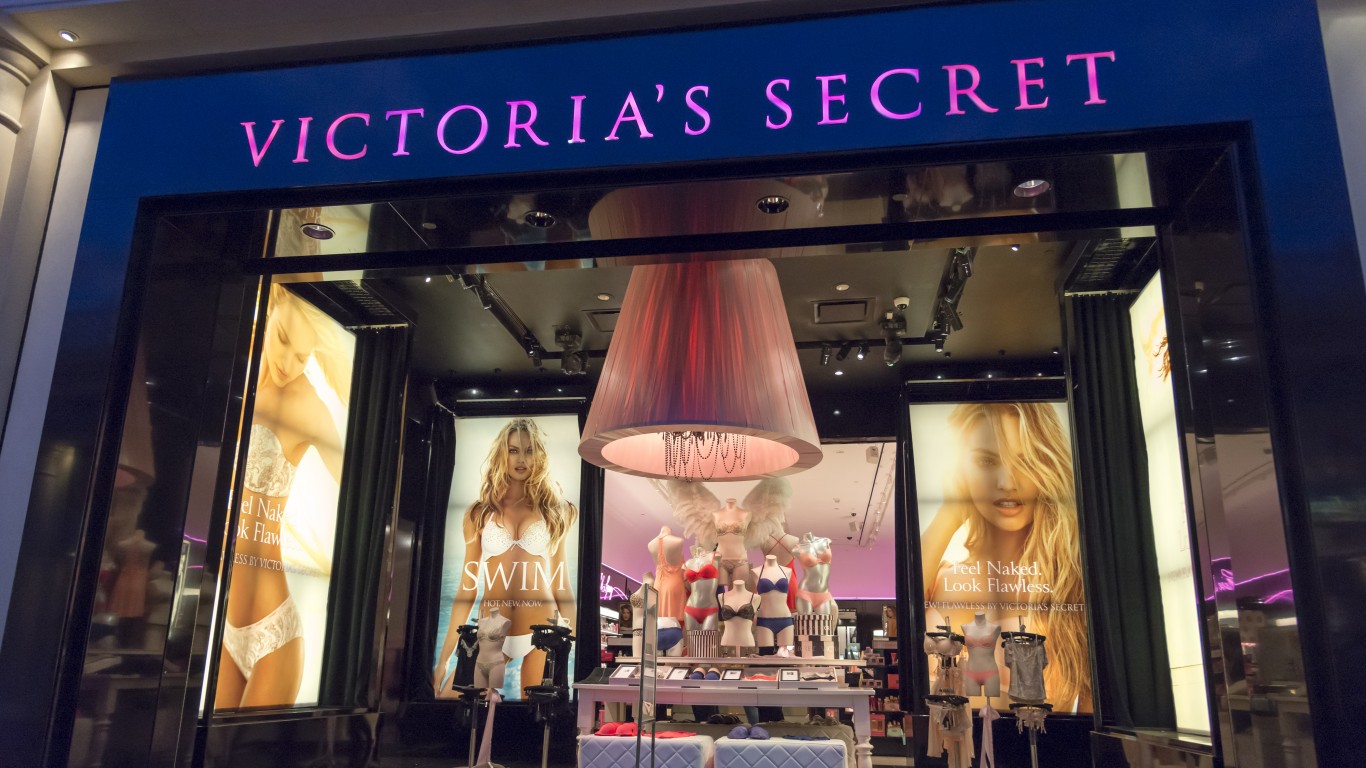 L Brands, Inc., the Columbus, Ohio-based parent of Victoria’s Secret, plans to close 53 North American locations of the intimate women’s apparel chain. The announcement comes after 30 Victoria’s Secret stores were shuttered in 2018. Last year, the company also said it planned to close all of its Henri Bendel stores, an upscale women’s accessory brand. Victoria’s Secret, whose stores are located in malls and other retail centers, has been hurt by the decline in shopper traffic at brick-and-mortar establishments.

ALSO READ: Brands That Will Disappear in 2019 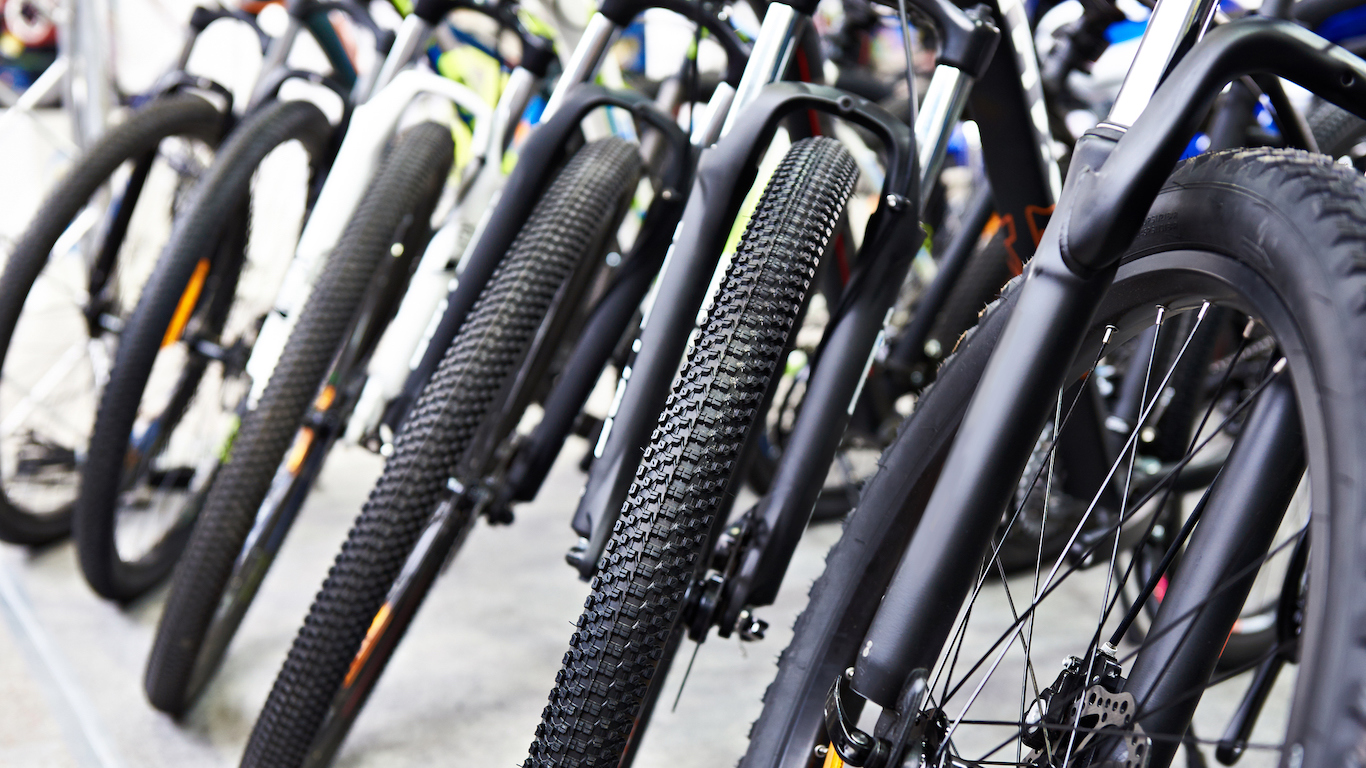 Performance Bicycle was once one of the nation’s largest bicycle chains. However, the chain’s Philadelphia, Pennsylvania-based parent Advanced Sports Enterprises filed for bankruptcy protection last November as the bicycle company was hurt by debt and the impact of rising costs tied to the ongoing international trade dispute. The company’s, whose bicycle retail division is based in Chapel Hill, North Carolina, plans to close 102 stores this year. 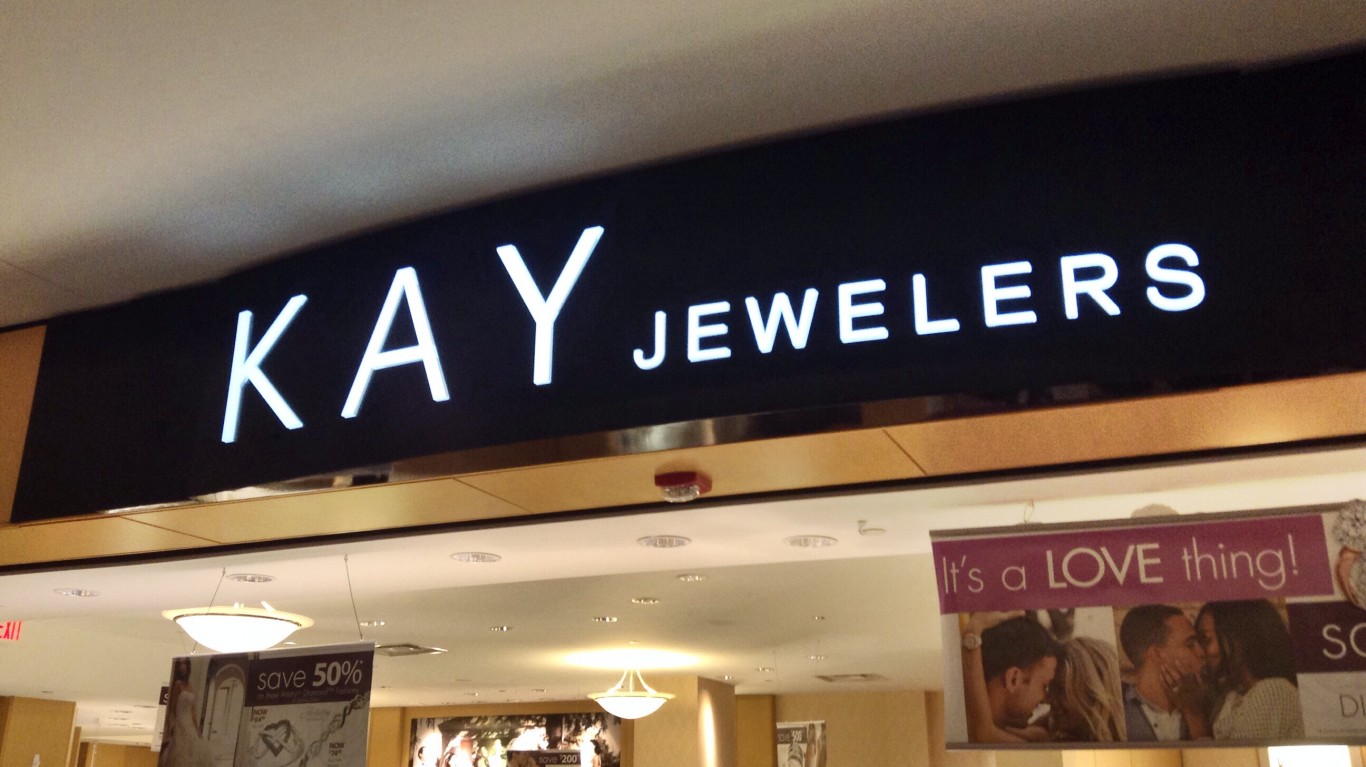 Signet Jewelers, parent company of well-known brands like Kay Jewelers, Zales, and Jared, is another victim of the downturn in shopper traffic at malls and physical retail locations. The Bermuda-incorporated company that says it is the world’s largest retailer of diamond jewelry reported that in the 2019 fiscal year it closed 262 stores, most of which were in malls. Signet said it plans another 150 store closures in fiscal 2020. The company said in regulatory filings that it is “working toward a portfolio of fewer, better stores.” 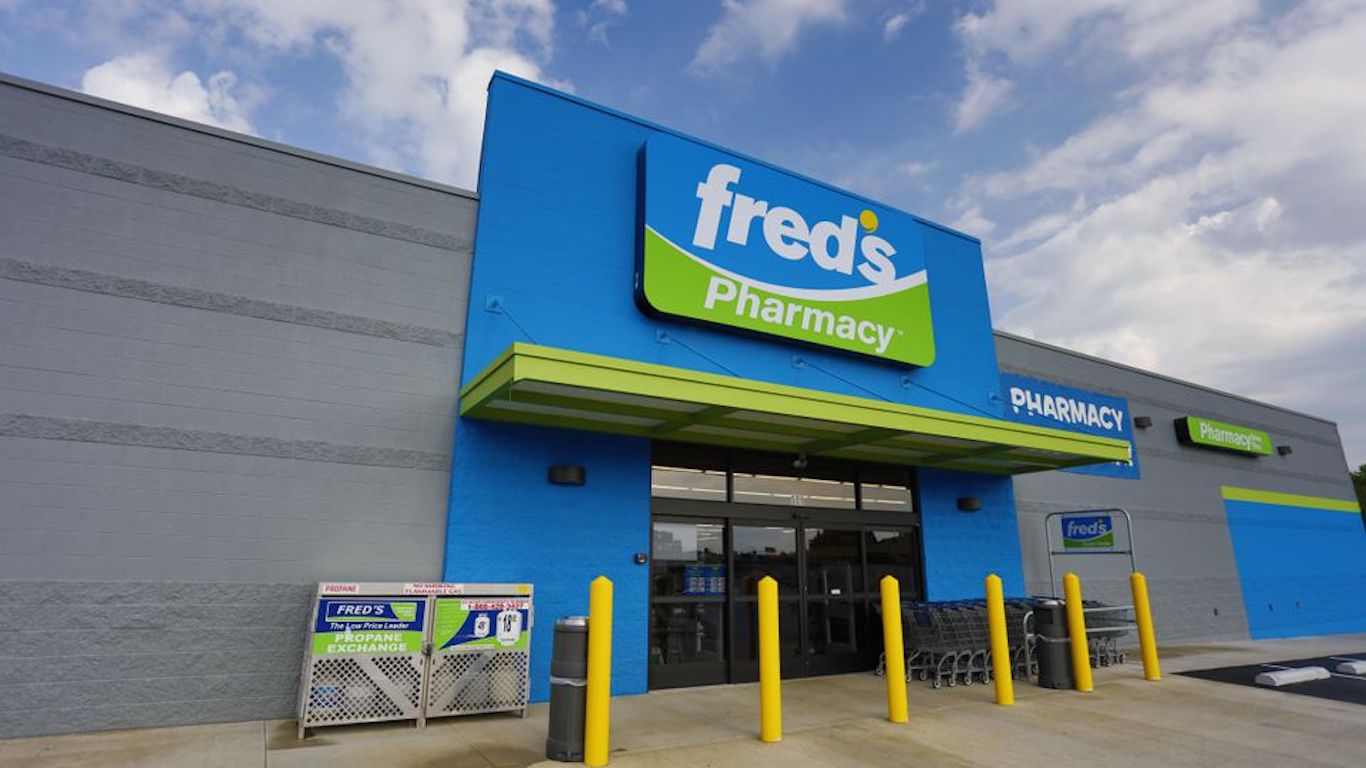 Discount chain Fred’s Inc. said on April 11 it will close 159 underperforming stores by the end of May as it looks to “evaluate strategic alternatives.” Joseph Anto, Fred’s CEO, said in a statement, “After a careful review, we have made the decision to rationalize our footprint by closing underperforming stores, with a particular focus on locations with shorter duration leases.” The planned closings represent about 29% of Fred’s store count. Memphis, Tennessee-based Fred’s operates stores in over a dozen Southeastern states. Most of the stores scheduled to close are in Georgia, Mississippi, and Tennessee.