As multiple American retailers announce the shuttering of stores by the hundreds, it is hard to keep track of exactly how horrible the carnage has become. A firm that tracks retail store closings added up the figure for the first half of 2019, and it reached over 7,000 locations. The news comes on the heels of reports that beauty products and clothing retailer Forever 21 may file for bankruptcy in a few days.

Audit and consulting firm BDO Global released its numbers for both retail bankruptcies and stores closed for the period that started on January 1 and ended June 30. Among retailers that closed more than 25 stores over the period, the total across them all was 7,282. Bankruptcies totaled 14. The figures are unprecedented, at least since the Great Recession. If there was any further need for proof of the retail apocalypse, the report contains it.

The largest bankruptcy, filed by the company that also closed the most stores was Payless ShoeSource. It closed 2,354 locations. After filing on February 19, Payless was immediately liquidated. It kept stores open as late as May to make sure all merchandise had been sold. Payless management said that $740 million in debt dragged down the company. Payless also filed for bankruptcy once before, in 2017.

Debt load was at the core of the major retailer bankruptcies, and several chains had debt loads in the hundreds of millions of dollars. At the top of the list, Fullbeauty Brands had $1.27 billion in debt. Shopko had a debt load of $403 million. Gymboree’s debt load was $212 million. And Hollander Sleep Products had $228 million in debt. Ultimately, however, BDO did not point to debt as the primary culprit as trouble across the industry grows, and as retailers prepare for the holiday season. Revenue at a significant number of national retailers has been flat to down. China tariffs already may have exacerbated this problem. Consumer debt is at record levels as well.

Retailers of all scale and size have closed a combined 7,000 stores so far this year, already exceeding all prior full years. For 2018 overall, total store closures were just under 6,000, while Coresight Research predicts over 12,000 stores will be closed this year. These closures result from a combination of retailers going out of business and others reducing their physical footprint.

BDO is not entirely pessimistic about the balance of the year. Decades-low unemployment rates continue to be a plus for retail, as does a modest increase in wages. At the same time, however, highly leveraged retailers are unlikely to encounter less stress if there is even a slight downturn in holiday shopping demand. Perhaps the only silver lining for the industry is the foot traffic to certain retailers. How strong has it been for the limited list of successful retailers? Enough that some of the most popular store chains in America continue to flourish. 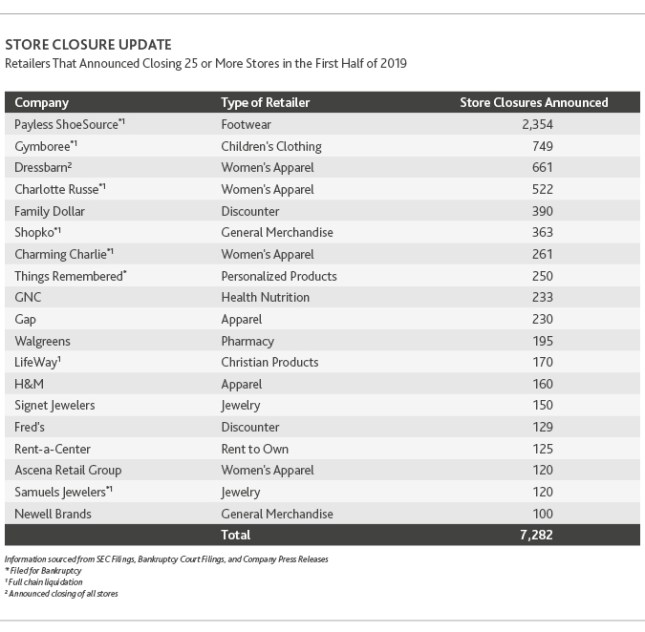 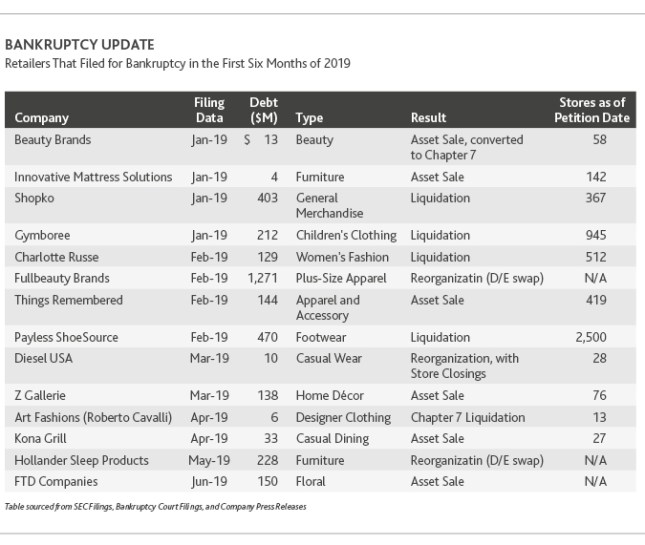 24/7 Wall St.
48 Salads That Are Worse Than a Slice of Cheese Pizza
Get Our Free Investment Newsletter