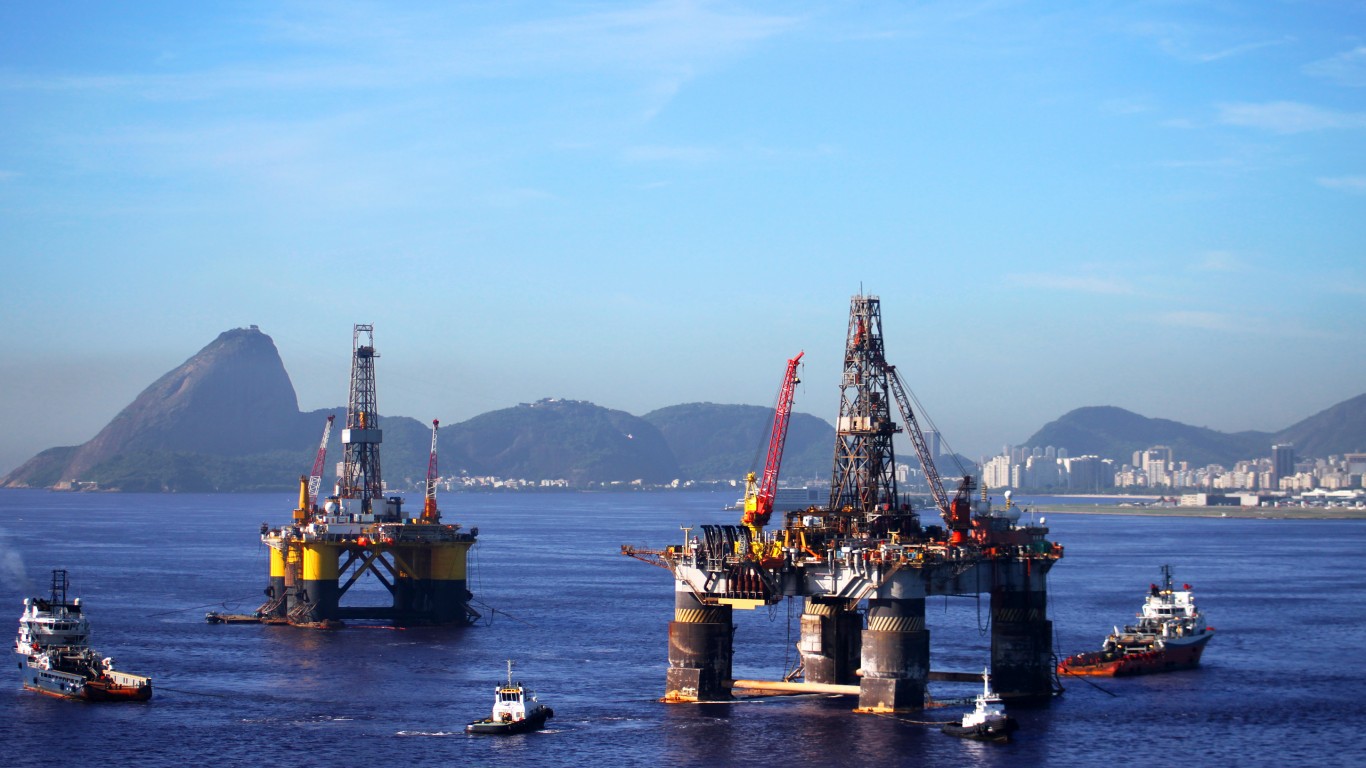 One of two South American countries on this list, Brazil’s proven oil reserves total 12.8 billion barrels, approximately 0.8% of the global supply. Crude and refined petroleum comprised nearly 9% of Brazil’s $219 billion in exports in 2017, and most of it was sold to China and the United States, according to MIT Media Lab’s The Observatory of Economic Complexity. Oil production in Brazil climbed by 27.5% in the last half decade, even as production declined across central and South America by 2.6%.

Petrobras, a publicly held energy company, is the largest oil producer in the country, operating 13 of the 17 refineries in Brazil. 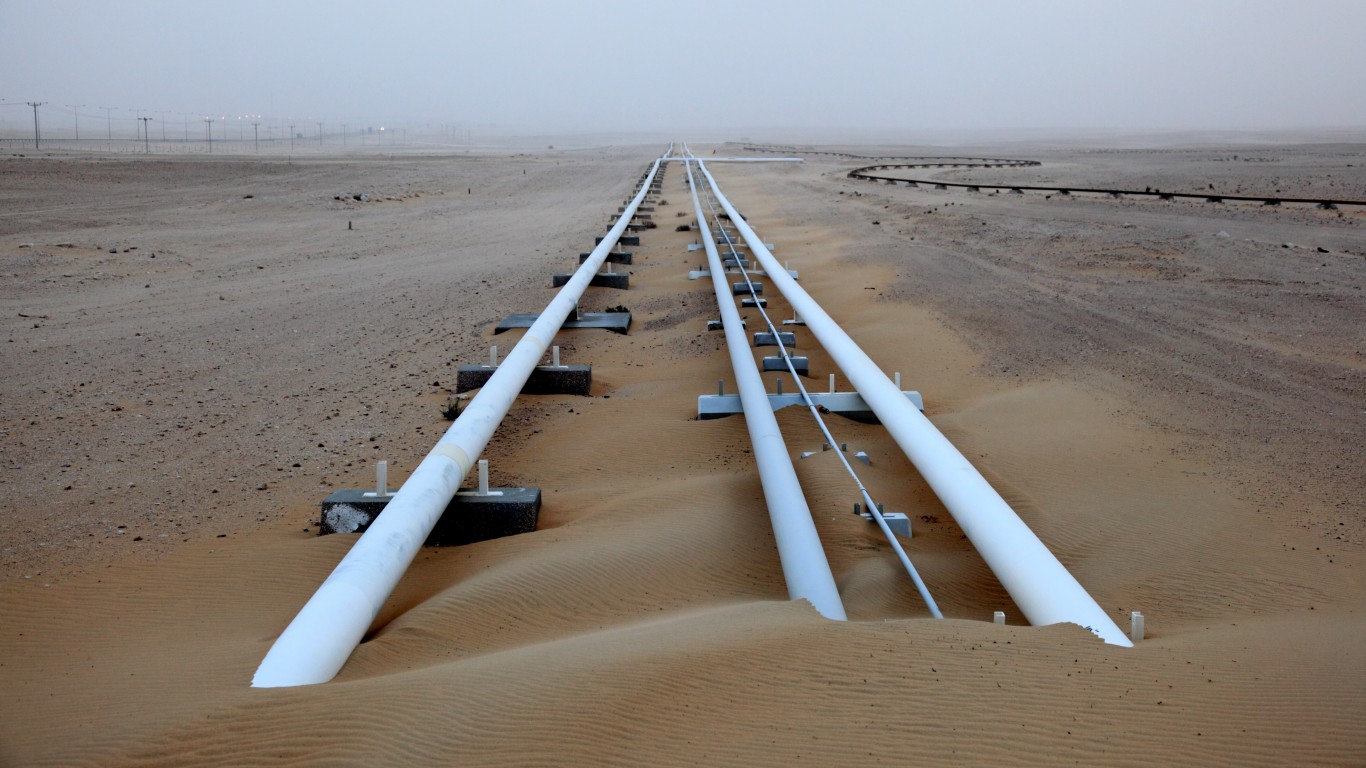 Qatar is a small Middle Eastern nation of less than 3 million people. With a small population, and a wealth of oil — over 25.2 billion barrels in proven reserves — Qatar has the highest GDP per capita of any country in the world, at $128,647. Oil revenue helps finance public works and services in the country. Petroleum accounted for over 80% of Qatar’s $52.3 billion in exports in 2017.

Qatar was a member of the Organization of the Petroleum Exporting Countries, or OPEC, until it withdrew in 2019. The country’s decision to leave the intergovernmental organization was a strategic one in the face of OPEC’s waning global influence, according to Qatari officials. 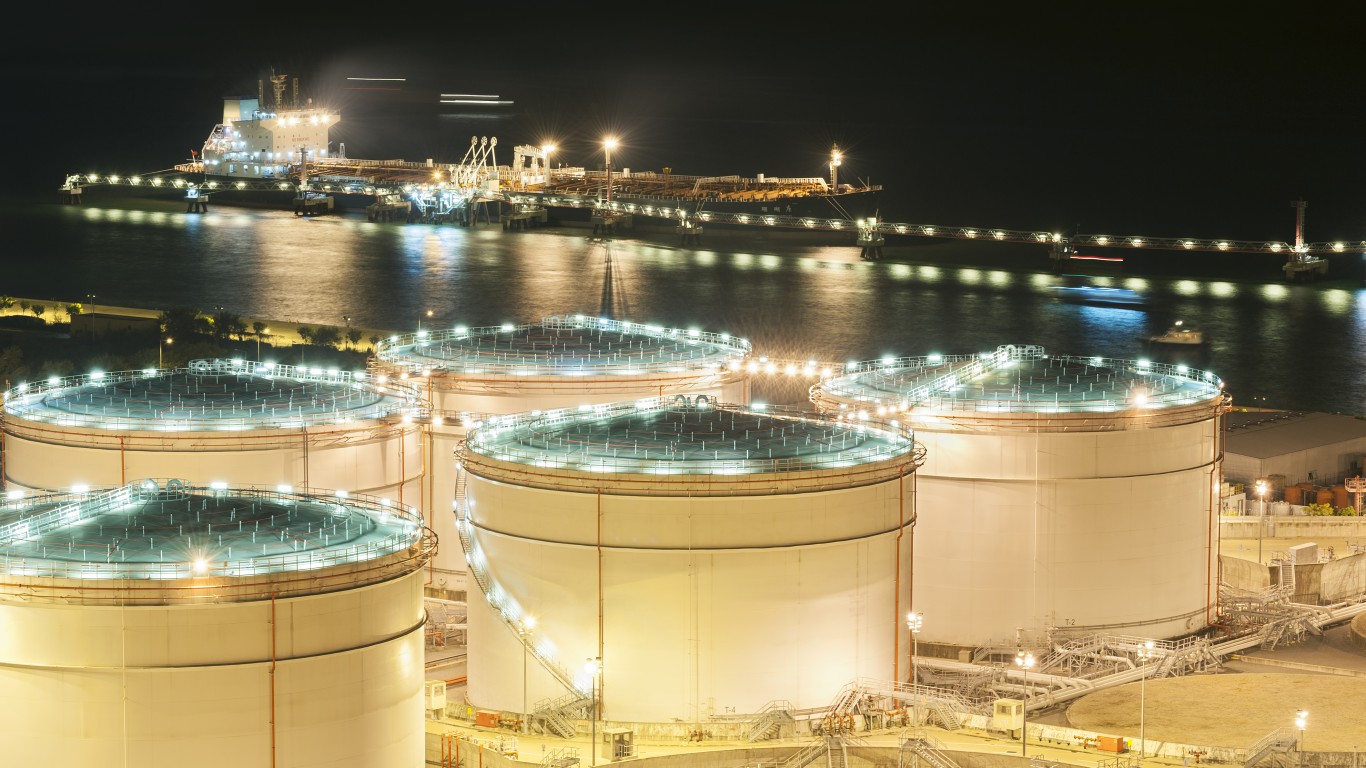 Spanning about 3.7 million square miles, China has the fourth largest landmass of any country in the world. The most populous country in the world, China relies more on oil than every country other than the United States for its energy needs. China burned about 608 million tons of oil in 2017 alone. State-owned Sinopec and China National Petroleum Corporation (CNPC) are major drivers of the nation’s fossil fuel industry. They are two of China’s and the world’s largest energy companies.

Due in part to its domestic energy demand, China also imports oil. Petroleum imports — primarily from Saudi Arabia, Iran, Iraq, and other Middle Eastern countries — accounted for over 10% of China’s $1.5 trillion in imports in 2017. 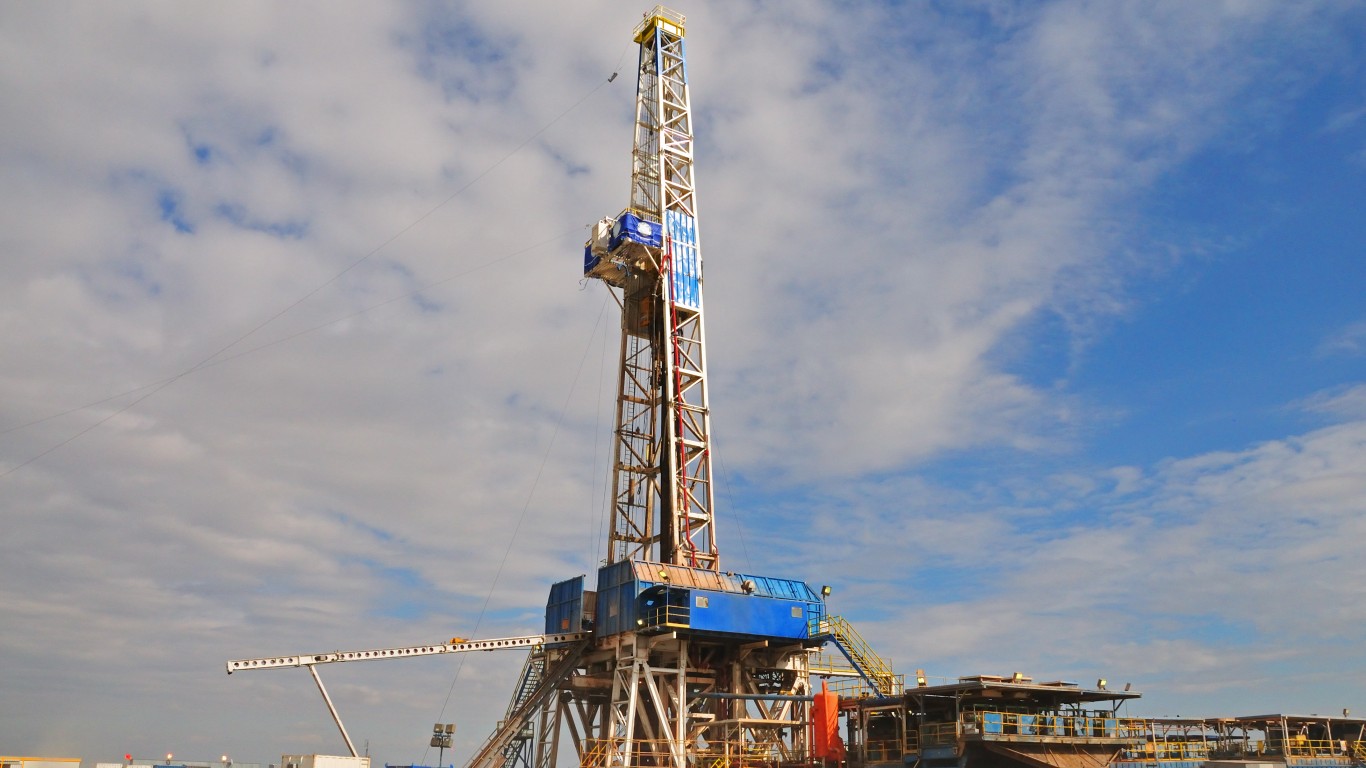 Kazakhstan is a massive country of about 1.0 million square miles, roughly the size of Western Europe. Much of Kazakhstan’s 30 billion in proven oil reserves is in the resource-rich western section of the country. Over half of Kazakhstan’s $44.1 billion in exports in 2017 was petroleum.

Kazakhstan has ramped up oil production in recent years. The country produced an average of 1.8 million barrels of oil a day in 2017, up over 10% from just five years prior. 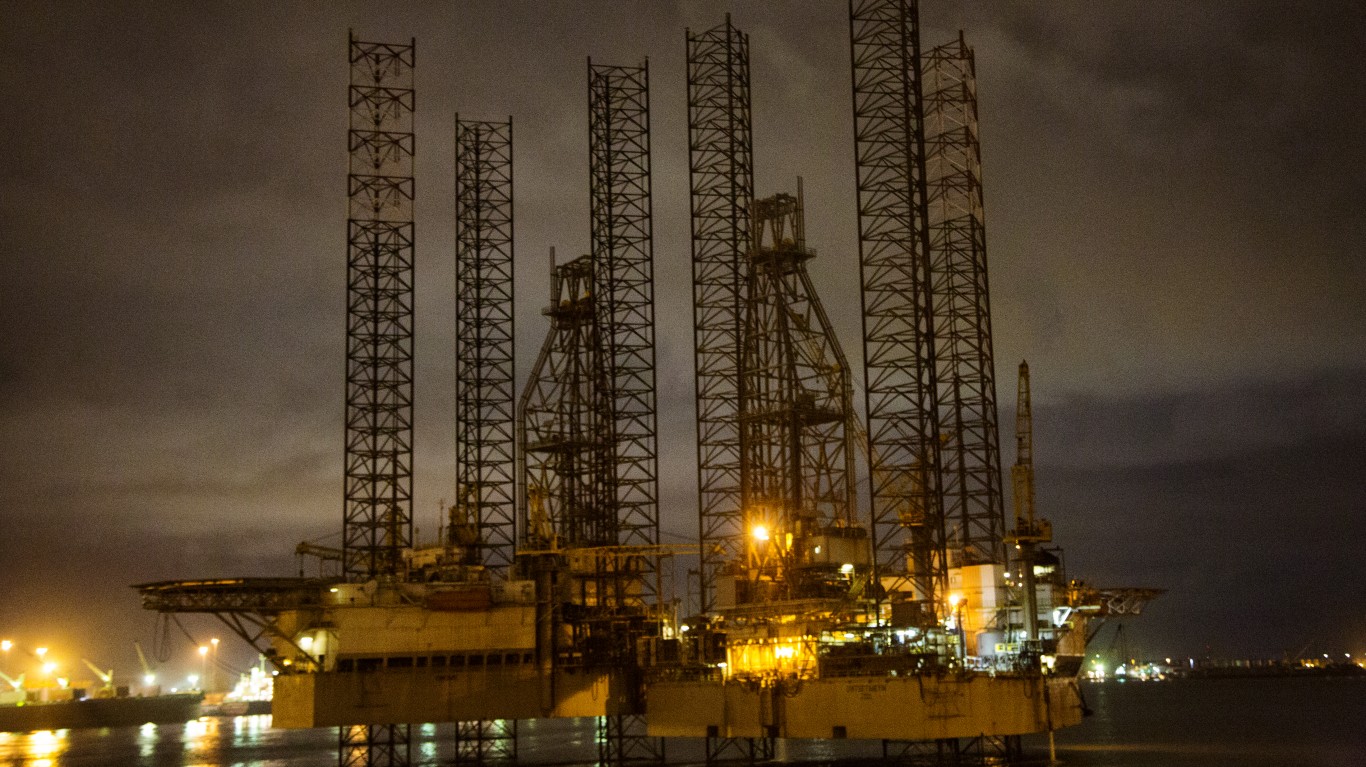 Nigeria controls 37.5 billion barrels of oil, the second most of any country in Africa, and it produces an average of 2 million barrels of oil per day, the most of any country on the continent. Despite its status as Africa’s leading oil producer, supply chain disruptions due to factors such as theft and damaged infrastructure reduce production by 500,000 barrels per day, according to EIA estimates.

One of several OPEC member states on this list, petroleum accounted for over 90% of the country’s $46.8 billion in exports in 2017.