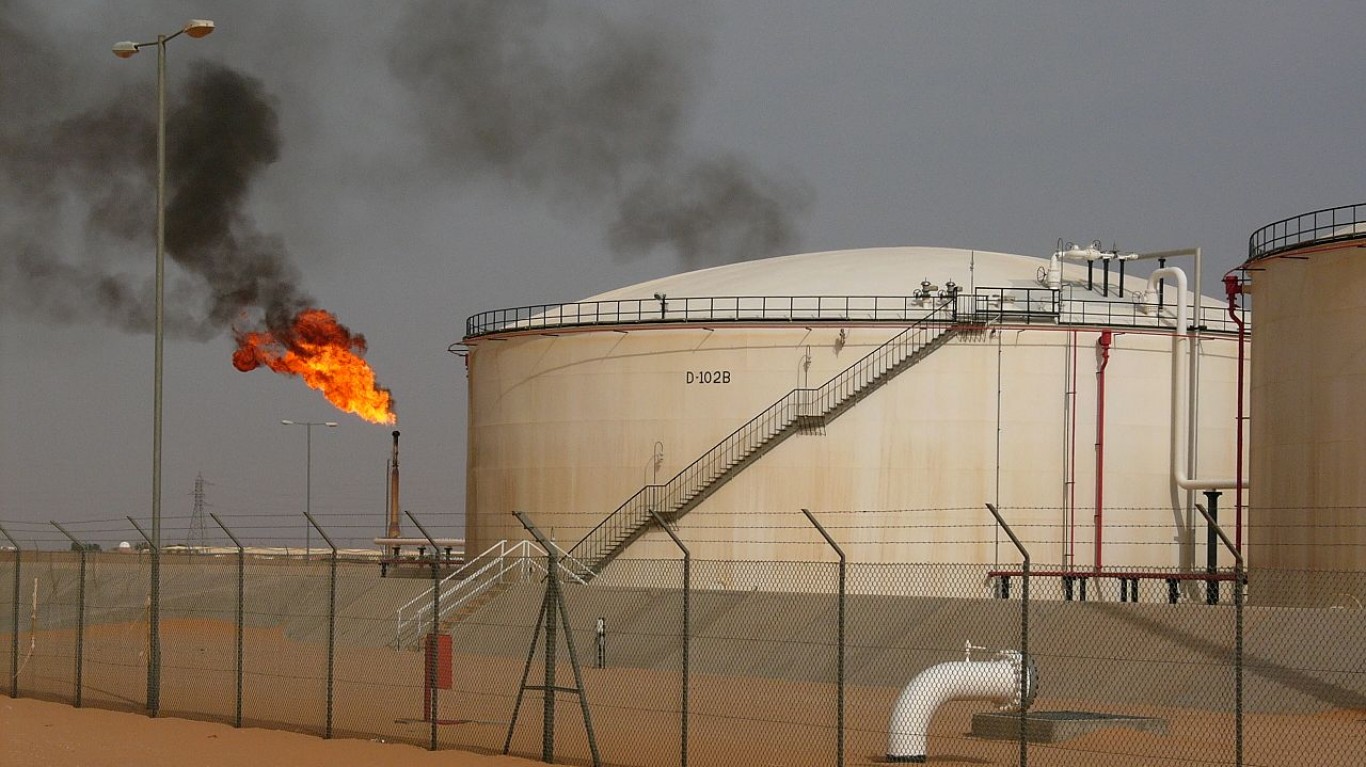 Libya has 48.4 billion barrels of proven oil preserves, the most of any country in Africa. However, oil production in Libya is relatively low. Due to political instability and conflict following the ousting of longtime dictator Muammar Gaddafi in 2011, oil production is down by 42.7% in the country over the last half decade. Libya is the only country on this list that produces less than a million barrels of oil per day on average.

Still, oil is critical to Libya’s economy. Petroleum accounted for over 95% of the country’s $16.1 billion in exports in 2017. 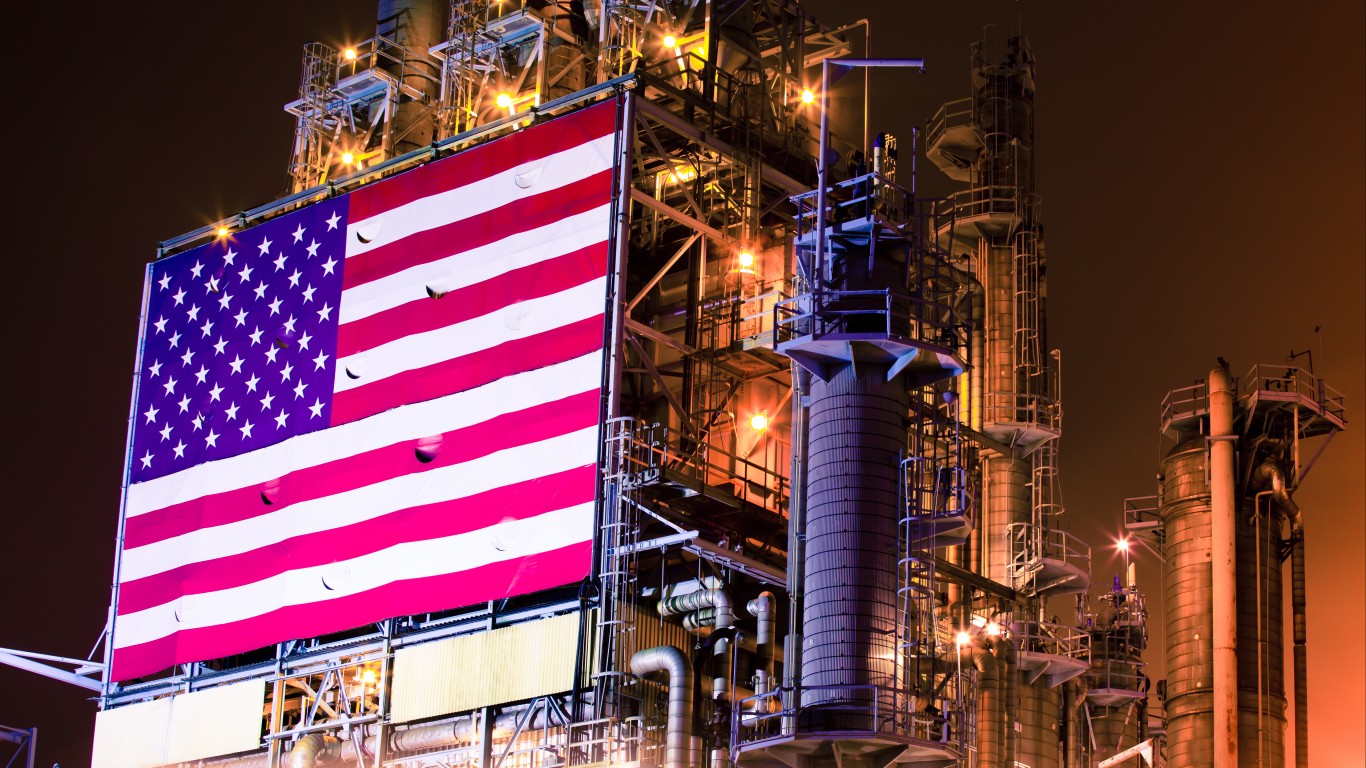 The United States has 50 billion barrels of proven oil reserves, more than all but eight other countries worldwide and equal to 2.9% of the world’s proven oil reserves. The United States also produces an average of 13.1 million barrels per day, the most of any country in the world and equal to 14.1% of daily global oil production. The state of Texas accounts for over a third of all oil production in the country.

Despite ranking ninth in the world in proven oil reserves, no country consumes more oil than the United States. To meet domestic energy demand, the country burns 913.3 million tons of oil a year, about 50% more than China, the world’s second largest consumer of oil. Petroleum accounted for about 9% of the $2.2 trillion in imports to the United States in 2017. The U.S. is also home to some of the largest energy companies in the world by revenue, including ExxonMobil and Chevron. 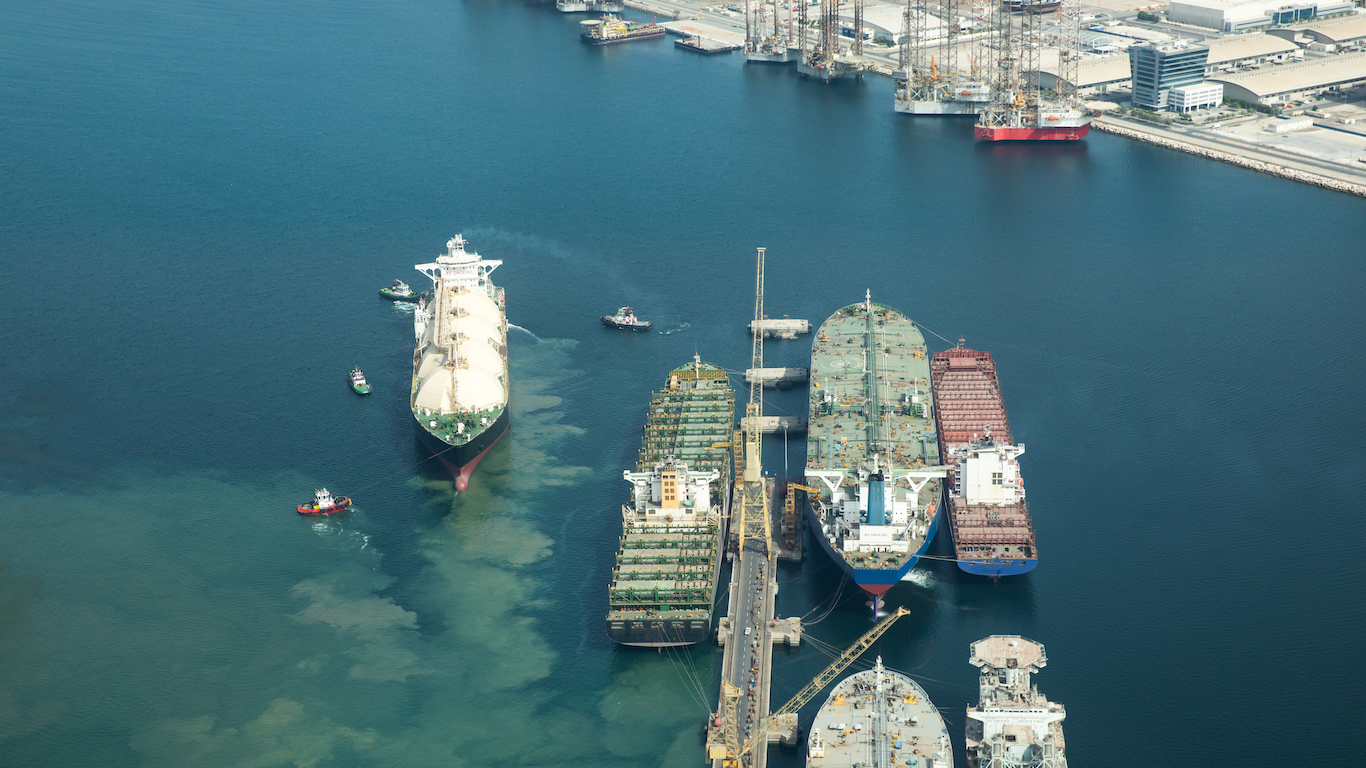 The UAE is an OPEC member state with nearly 98 billion barrels of proven oil reserves, or 5.8% of the global supply. Petroleum accounted for nearly half of UAE’s $142 billion in exports in 2017. While no further oil reserves will likely be discovered in the small Pesian Gulf nation, the country employs enhanced oil recovery techniques that allow it to be one of the world’s largest producers, churning out an average of 3.9 million barrels of oil a day. 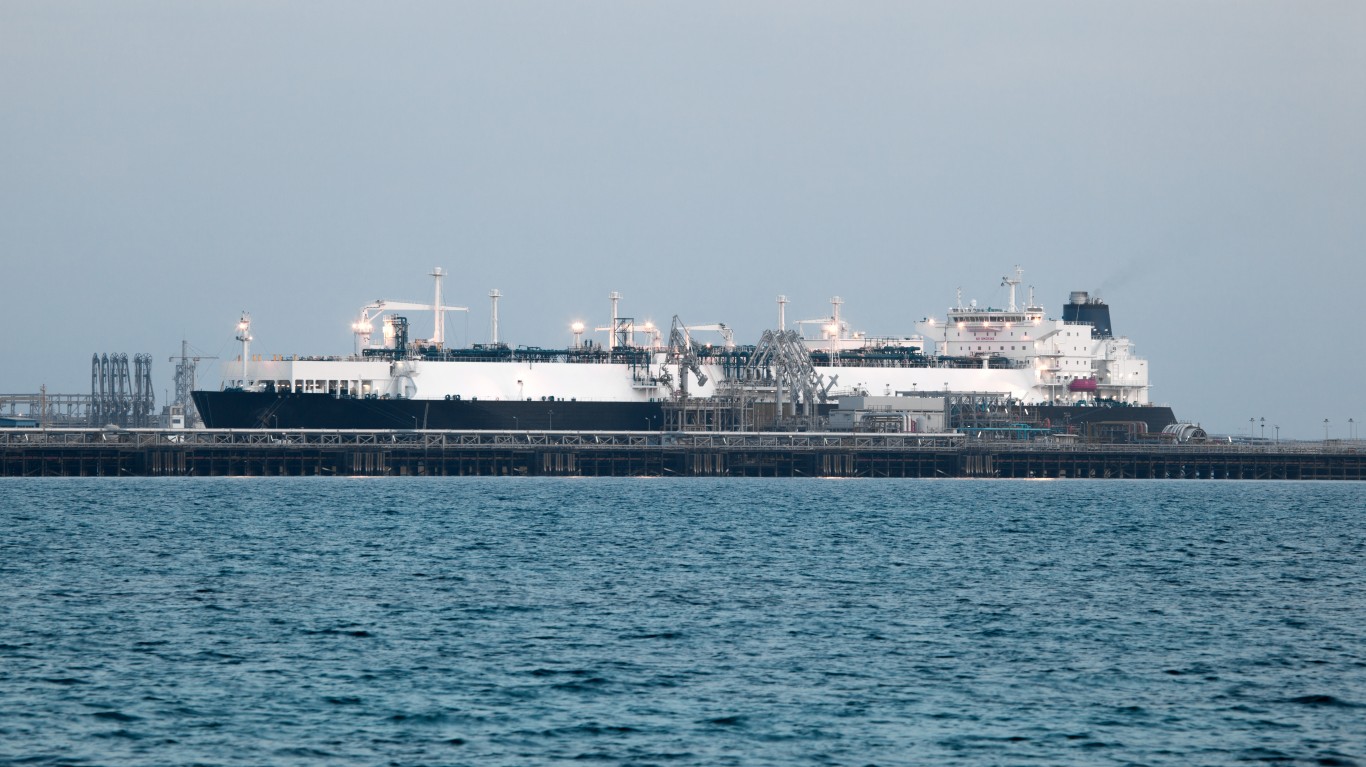 Kuwait, an OPEC member state, is a small nation at the tip of the Persian Gulf that borders Iraq and Saudi Arabia — two other countries on this list. It is one of only seven countries in the world with oil reserves in excess of 100 billion barrels.

In August 1990, Kuwait was invaded by Iraq, in part because of its oil wealth. Iraq controlled about 20% of the world’s oil supply during its seven month occupation of Kuwait. The year before the Iraqi invasion, Kuwait produced 1.4 million barrels a day, its highest point in nearly a decade. In 1991, the year after the Iraqi invasion and occupation, oil production in Kuwait fell to an average of 185,000 barrels per day, by far the lowest rate in the country’s history. Today, Kuwait is an independent nation and produces 3 million barrels of oil a day. 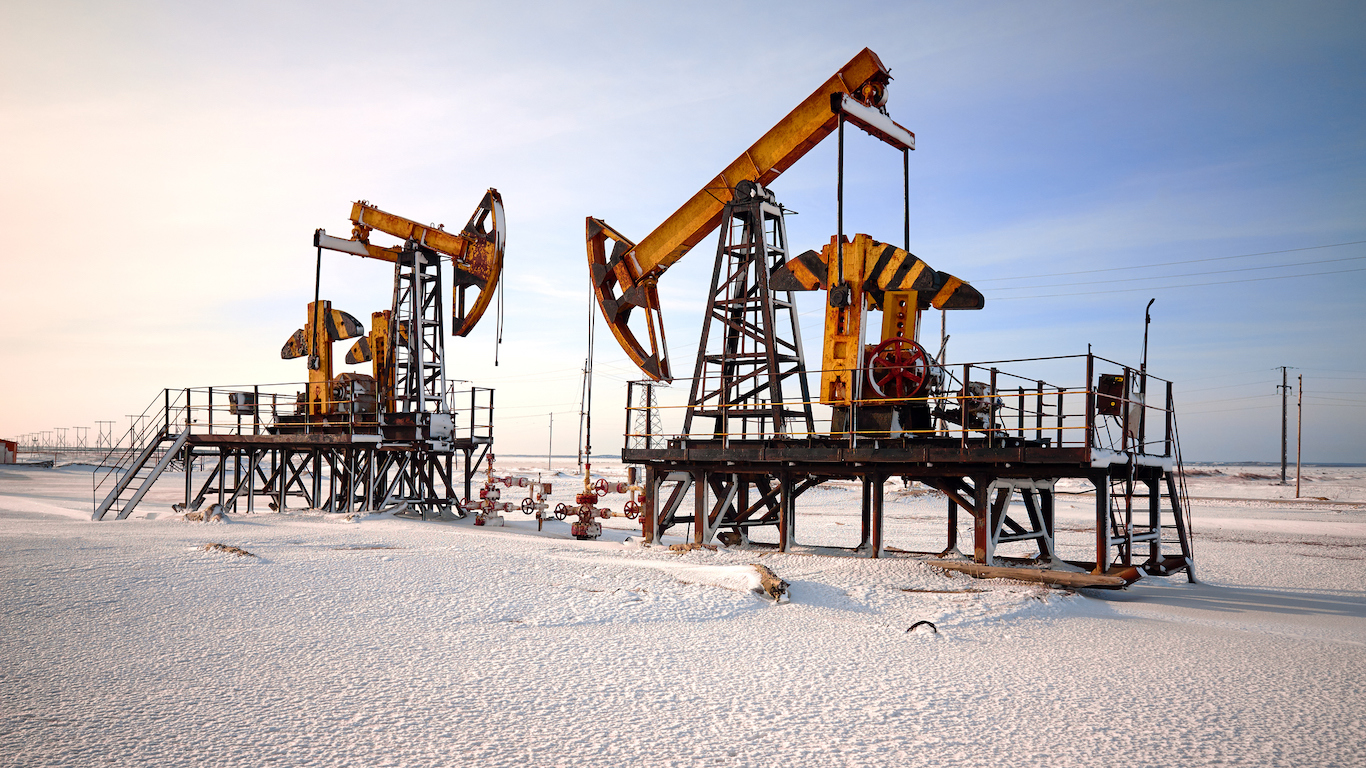 Russia is the largest country in the world by landmass, and over 106 billion barrels of proven oil reserves fall within the country’s borders. Along with the United States and Saudi Arabia, Russia is one of only three countries in the world producing more than 10 million barrels of oil per day. Petroleum accounted for over half of the country’s $341 billion in exports in 2017.