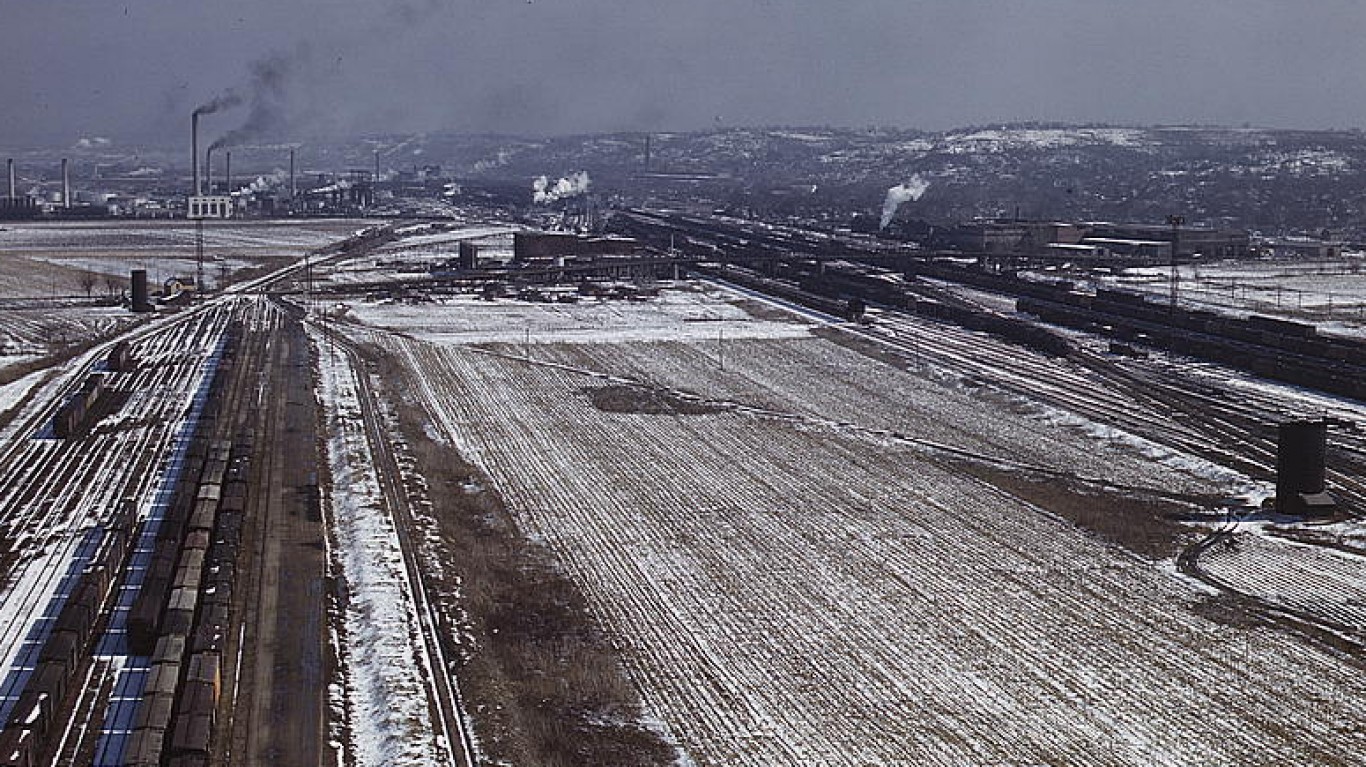 Many of the counties on this list are relatively rural and isolated. This is not the case with Wyandotte County in Kansas, located just across the state line from Kansas City, Missouri, one of the Midwest’s largest cities.

Like other nearby counties in southeastern Kentucky, McCreary County has been decimated by the decline of the coal industry. Throughout the 20th century, over two-dozen coal mines that once employed thousands of local workers shut down. While mining operations have begun to sprout up again in recent years, McCreary is still struggling economically. The county has a higher than average unemployment rate, and 45% of area residents with jobs commute to work outside the county limits. One of the poorest counties in the United States, McCreary has a 41% poverty rate, and half of all area households earn less than $20,000 a year. 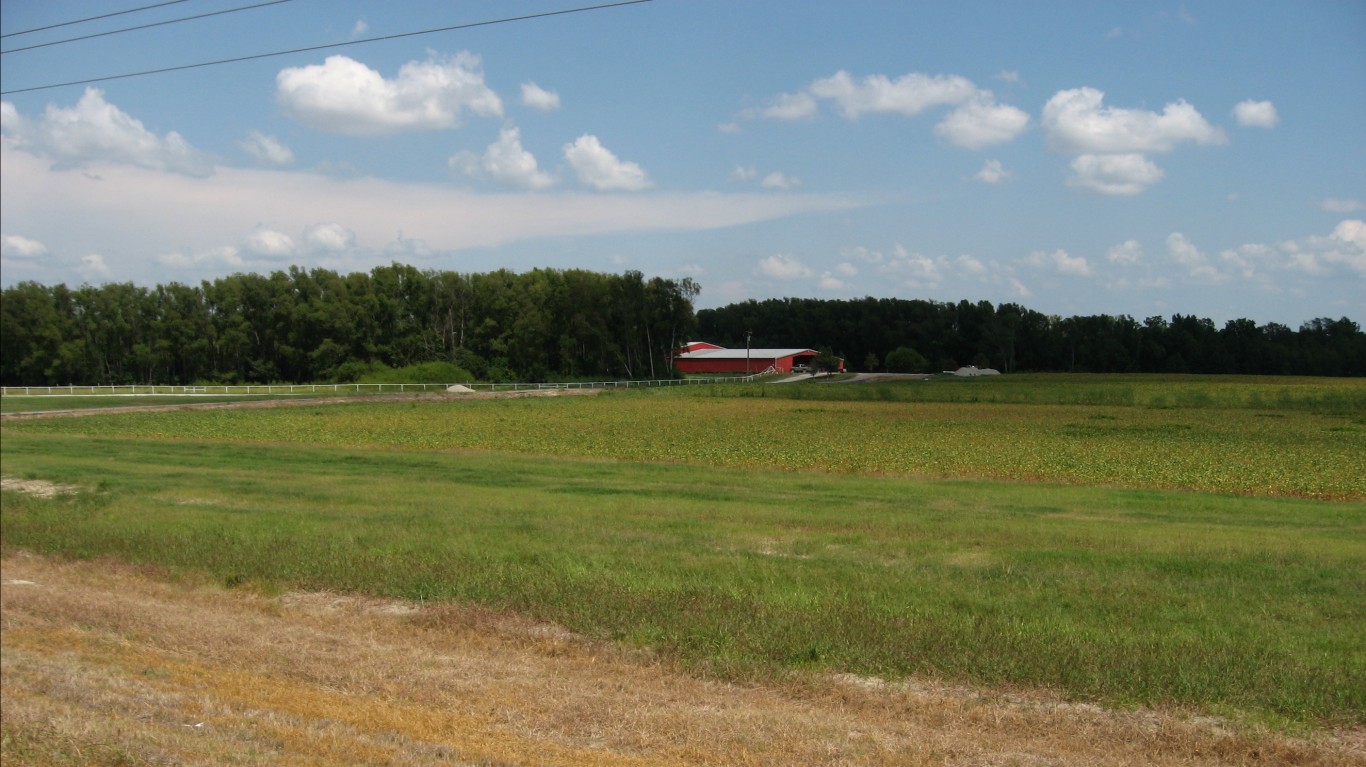 Madison Parish is located in the eastern part of the state along the Mississippi River. Like many of the counties and parishes along the Mississippi River, Madison Parish is poor, and people are leaving. Over the last five years, the number of people living in Madison fell by 4.1%. More than one in every three parish residents live in poverty, and Madison ranks as the poorest parish in the state.

A stronger job market in Madison Parish would likely go a long way in alleviating economic conditions and slow population decline. The county’s unemployment rate of 5.9% is much higher than the 3.6% national unemployment rate. 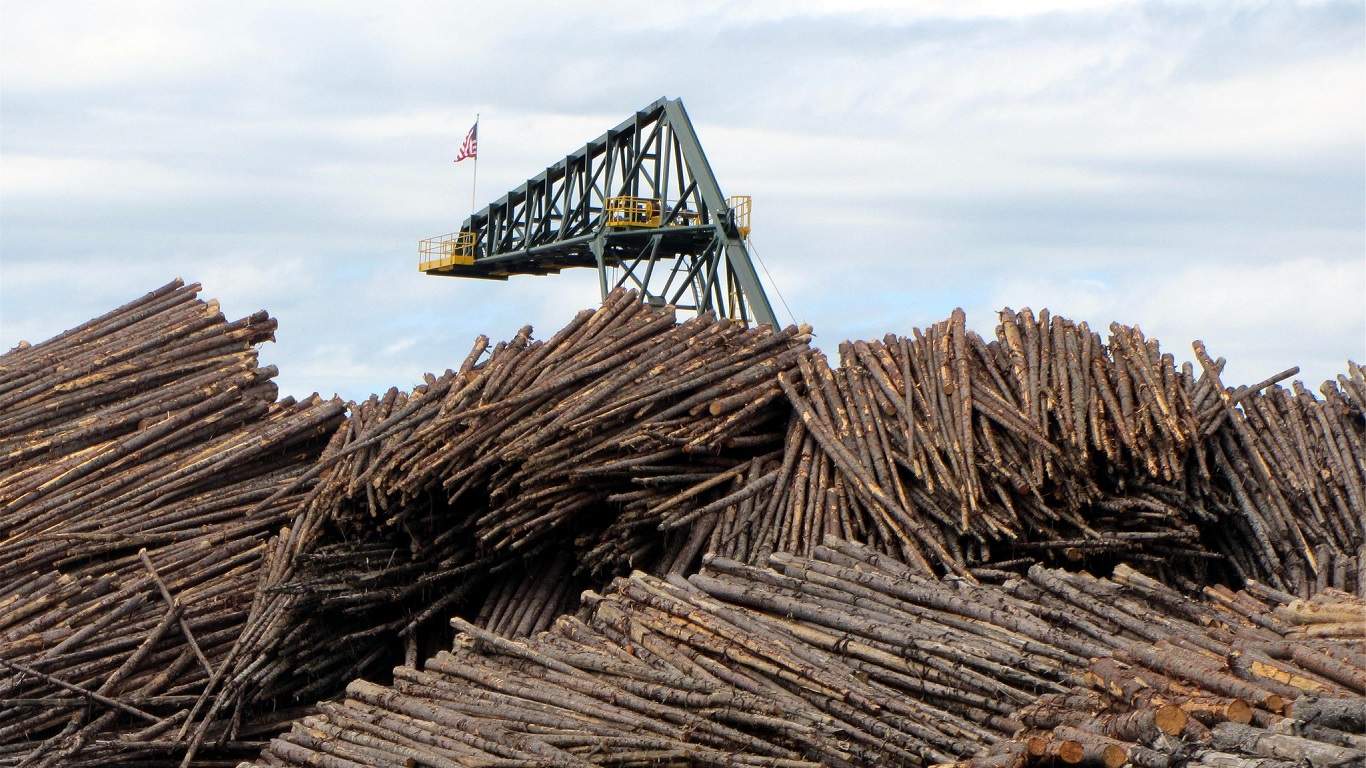 Generally, Maine ranks as a good place to live, based on key social and demographic data. Piscataquis County, the massive 4,400 square mile county making up part of the state’s rural interior, is one exception. The county has an above average poverty rate and a low bachelor’s degree attainment rate. A number of counties in Maine are losing population, but few are declining at a faster rate than Piscataquis, which recorded a 2.7% population decline over the past five years. 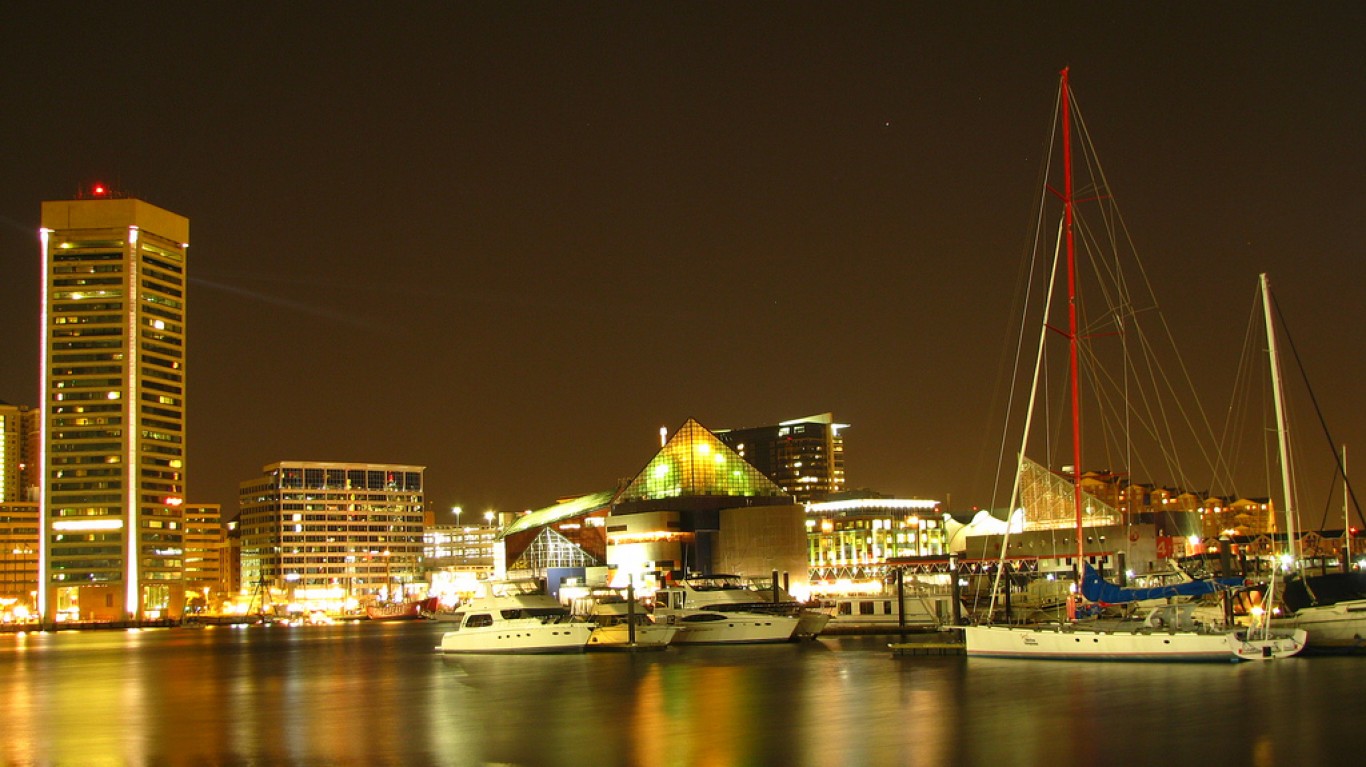 Baltimore is an independent city that does not lie within the jurisdiction of a county. With nearly the state’s highest poverty rate and by far the lowest life expectancy, Baltimore ranks as the worst county or county equivalent to live in Maryland. Life expectancy at birth in the city is just 72 years, seven year below life expectancy across the state as a whole. Additionally, 22.4% of Baltimore residents live below the poverty line, more than double the 9.7% state poverty rate.

While crime rates have improved in major cities nationwide, Baltimore, along with other cities like Chicago and St. Louis, still report staggering levels of violence. Unsafe streets and poor economic conditions may be driving people away. In the last five years, Baltimore reported a 0.1% population decline, even as Maryland’s population grew by 3.6%.