From 2013 to 2018, Idaho’s GDP grew at an average annual rate of 4.8%, outpacing the 4.1% national growth rate. Growth was led by the state’s construction sector, which grew from $3.0 billion to $5.1 billion over the same period — the 69.3% increase was the fifth largest of any state. Construction now accounts for 6.7% of Idaho’s GDP, the largest share nationwide. Other fast-growing industries include professional and business services and the arts, entertainment, recreation, accommodation, and food services sector, which grew at nation-leading annual rates of 6.8% and 9.5%, respectively.

The largest contributor to Delaware’s economic growth was the state’s finance, insurance, rental, and leasing sector, which grew an average of 6.4% a year, the fourth fastest increase nationwide. Many financial service firms are likely attracted to Delaware for the tax breaks and other accommodations the state enacted for the local banking industry. Today, the finance, insurance, rental, and leasing sector accounts for 45.3% of Delaware GDP, more than twice the 20.7% national figure and by far the largest share of any state. 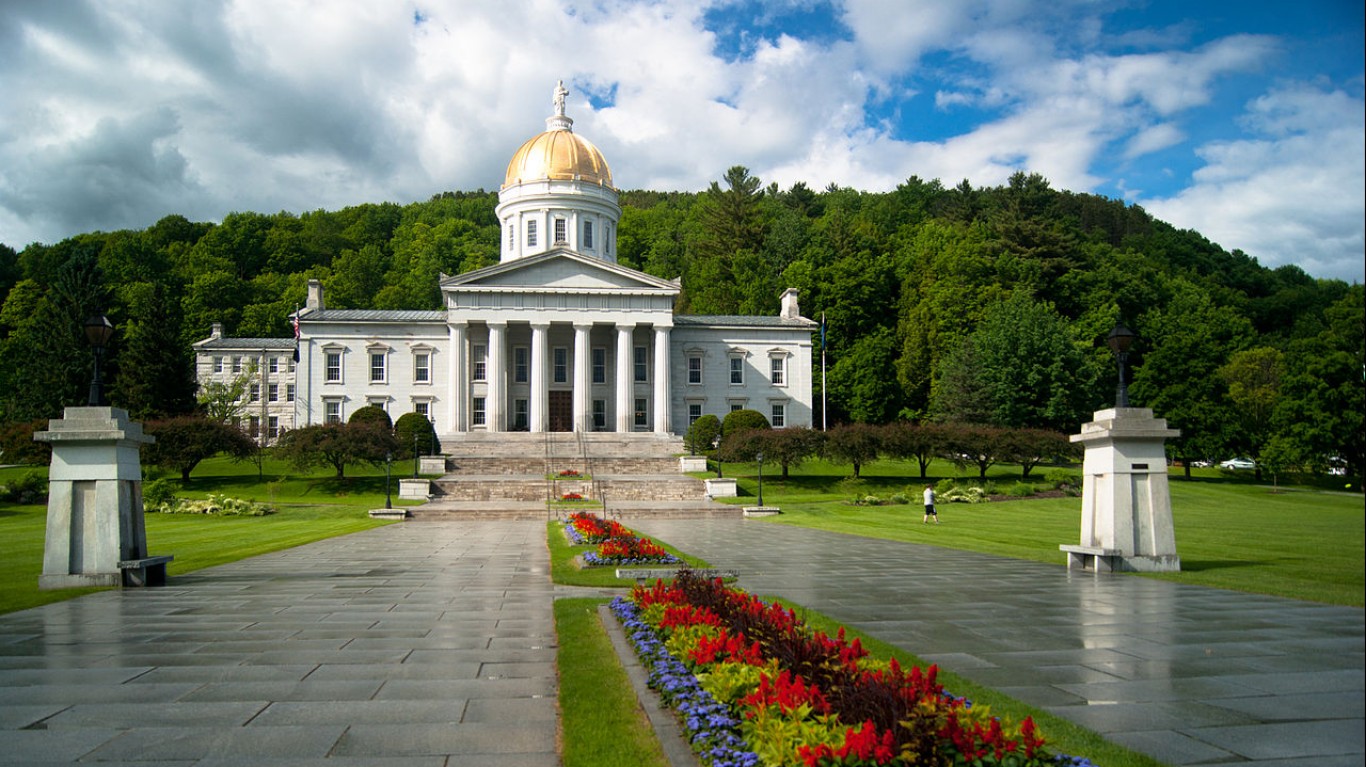 While 32.0% of Americans 25 and over hold a bachelor’s degree, in Vermont, 38.3% of adults do, the seventh largest share of any state. Some 92.6% of adults have a high school diploma, the sixth largest share. College graduates are more likely to be employed, and just 2.2% of the Vermont labor force is out of work and looking for a job — the lowest unemployment rate nationwide.

Despite this, Vermont lags behind most states in economic growth, and from 2013 to 2018 employment grew at an average annual rate of just 0.1% — the fifth smallest increase of any state. Likely partially as a result, more residents moved out of the state than moved in from 2010 to 2018. Some of the biggest drags on economic growth include the agriculture and utilities sectors. 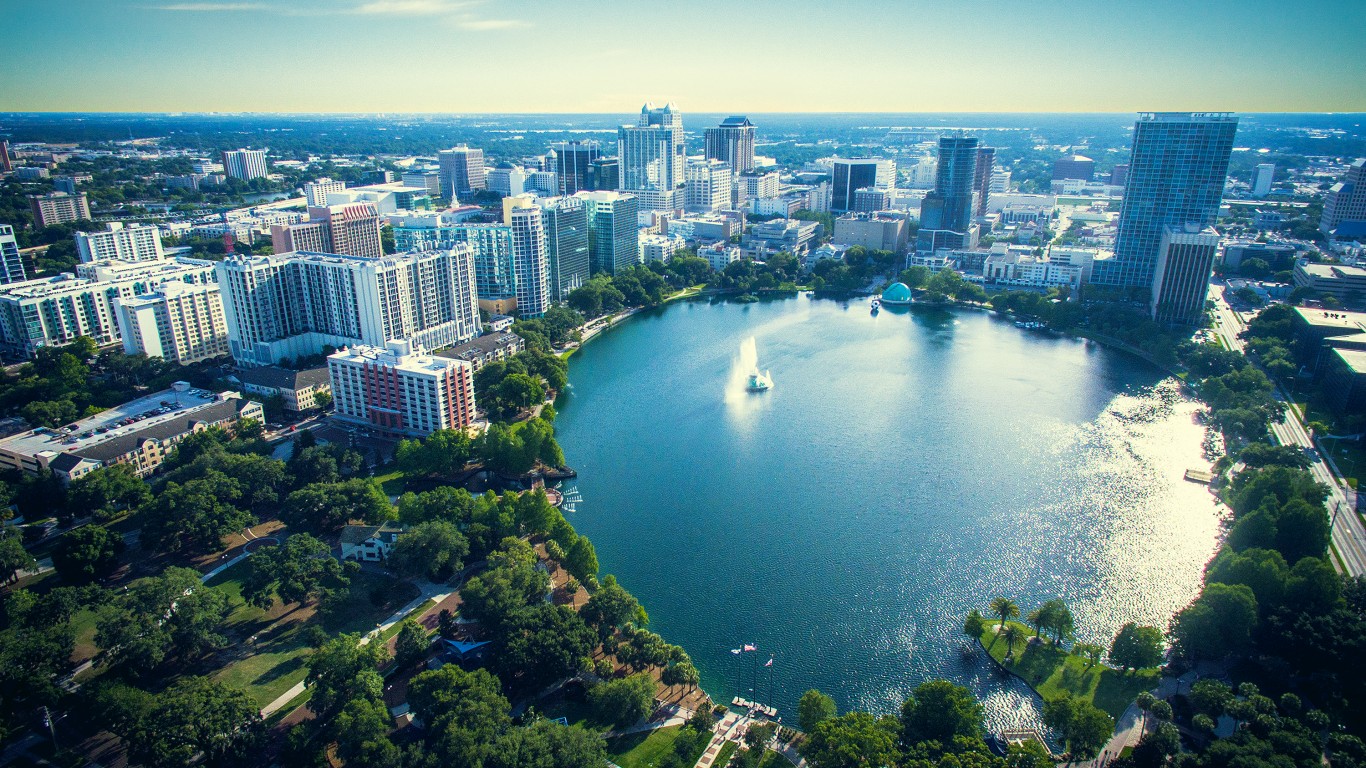 Florida is one of many Sun Belt states posting heavy inbound migration. The state’s population grew by 11.9% due to net migration from 2010 to 2018 — surpassing New York as the third largest state in 2014 — by far the largest increase in the country. Likely partially as a result, Florida’s GDP grew at an average annual rate of 5.3% from 2013 to 2018, the fifth fastest increase of any state.

While Florida is outpacing the nation as a whole in GDP growth, the state lags behind the country as a whole in other measures of economic health. The median annual household income in Florida is roughly $8,000 below the national figure, and 14.0% of residents live in poverty — greater than the 13.4% national poverty rate. Just 29.7% of Florida adults have a bachelor’s degree, less than the 32.0% U.S. college attainment rate. 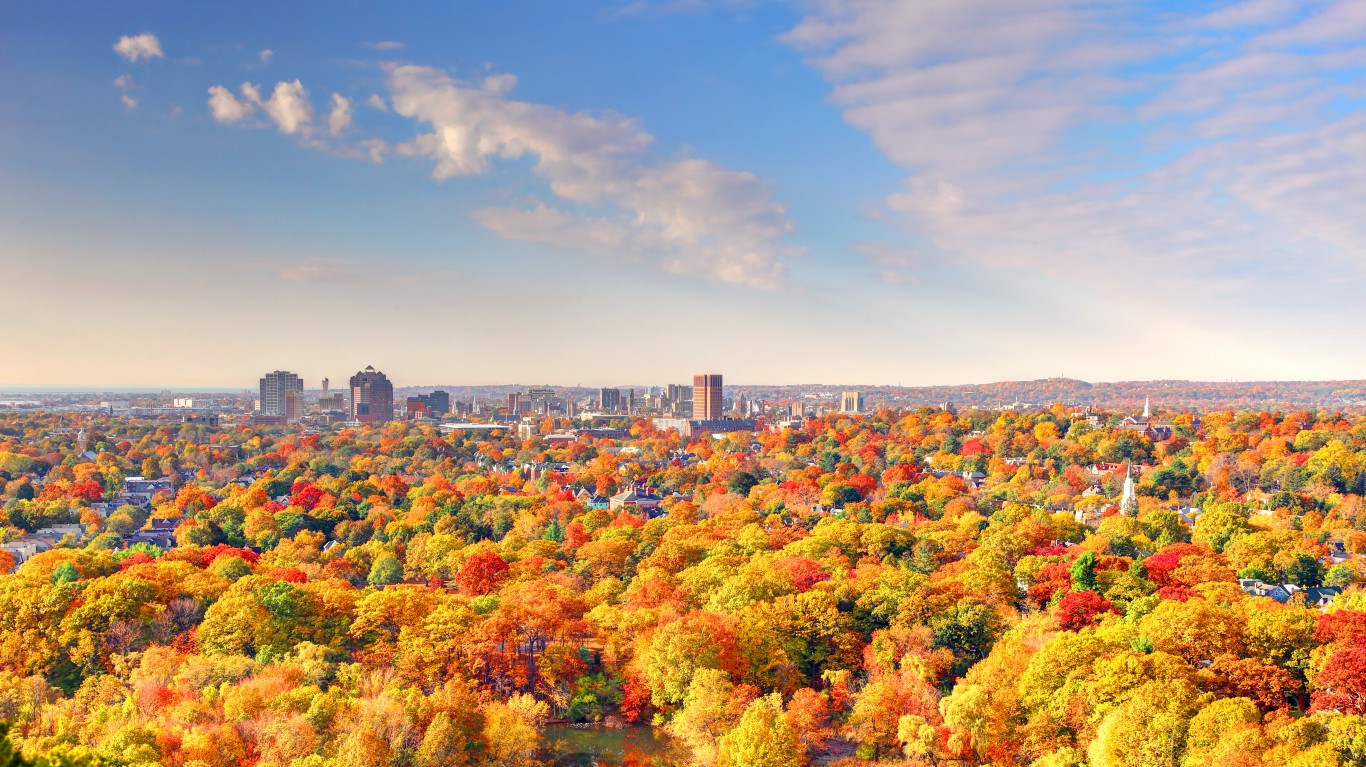 Some 38.7% of Connecticut adults have at least a bachelor’s degree, the fifth highest college attainment rate in the country. Individuals with higher educational attainment are more likely to have secure, high-paying jobs, and in Connecticut, the typical household earns $74,168 a year, nearly $14,000 more than the U.S. median and the fifth most of any state. The Connecticut economy is disproportionately composed of advanced, high-growth industries like finance and information