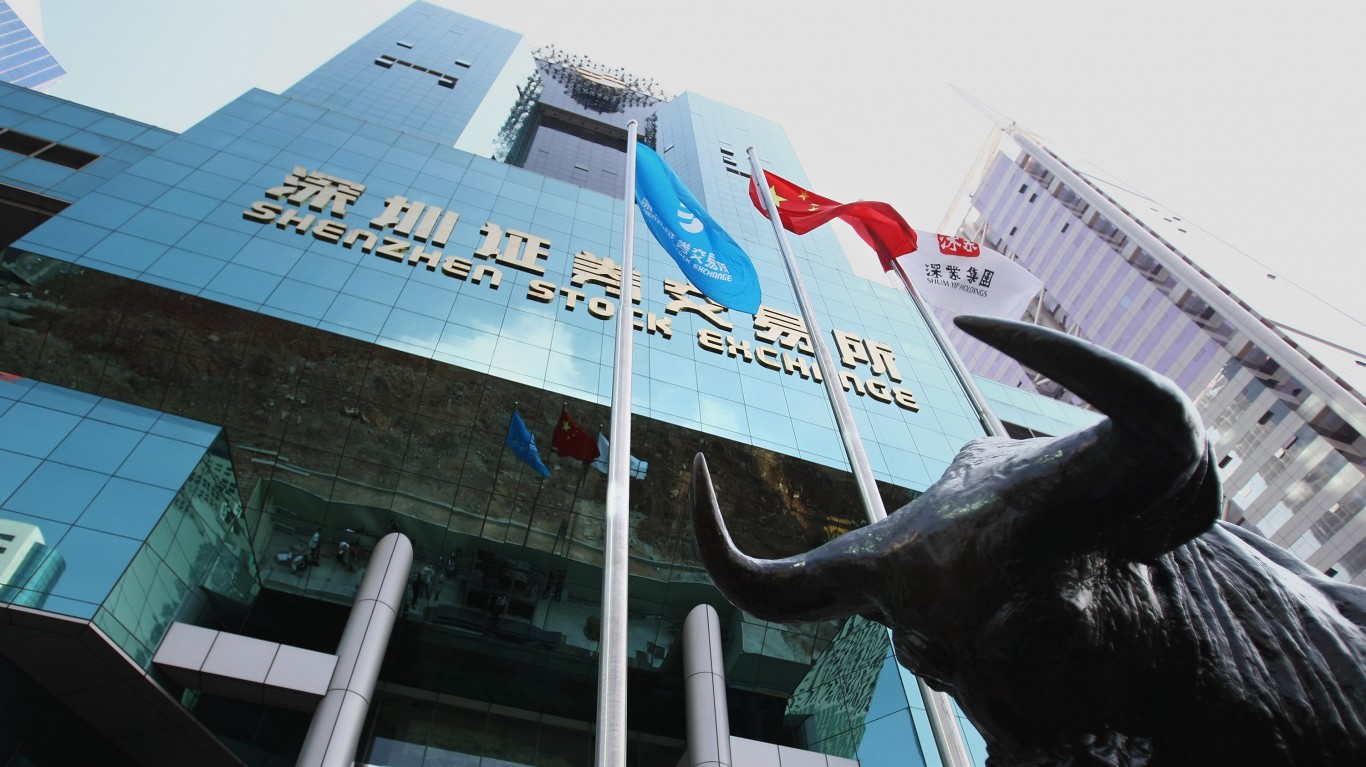 China’s economy continued its robust growth during the ninth five-year plan period, expanding at an annual rate of 8.3%. State-owned entities were converted into corporations, and many became listed as public companies on equity markets inside and outside the country. The market system continued to evolve, with capital supply expanding and technology improving. Exports grew by 67% during the five-year period from 1995, to $249.2 billion. China’s GDP (purchasing power parity) in 2000, at the end of its ninth five-year plan, was $4.5 trillion. 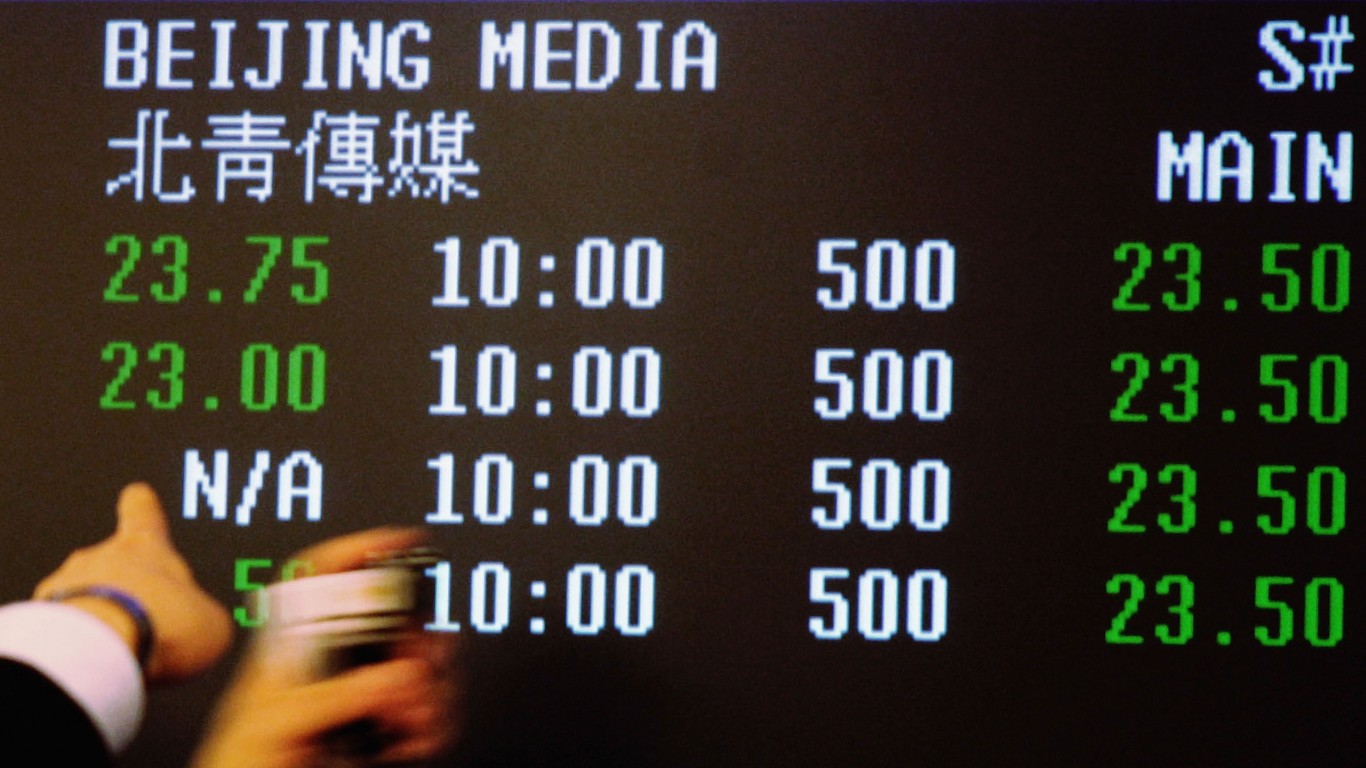 The focus of China’s 10th five-year plan was on developing the nation’s information industry. During a meeting of the 15th Central Committee of the Communist Party, session attendees said so-called informatization was crucial to promoting economic advancement, modernization, and national security, as China entered the 21st century. In 2005, China’s GDP (purchasing power parity) was $8.88 trillion. 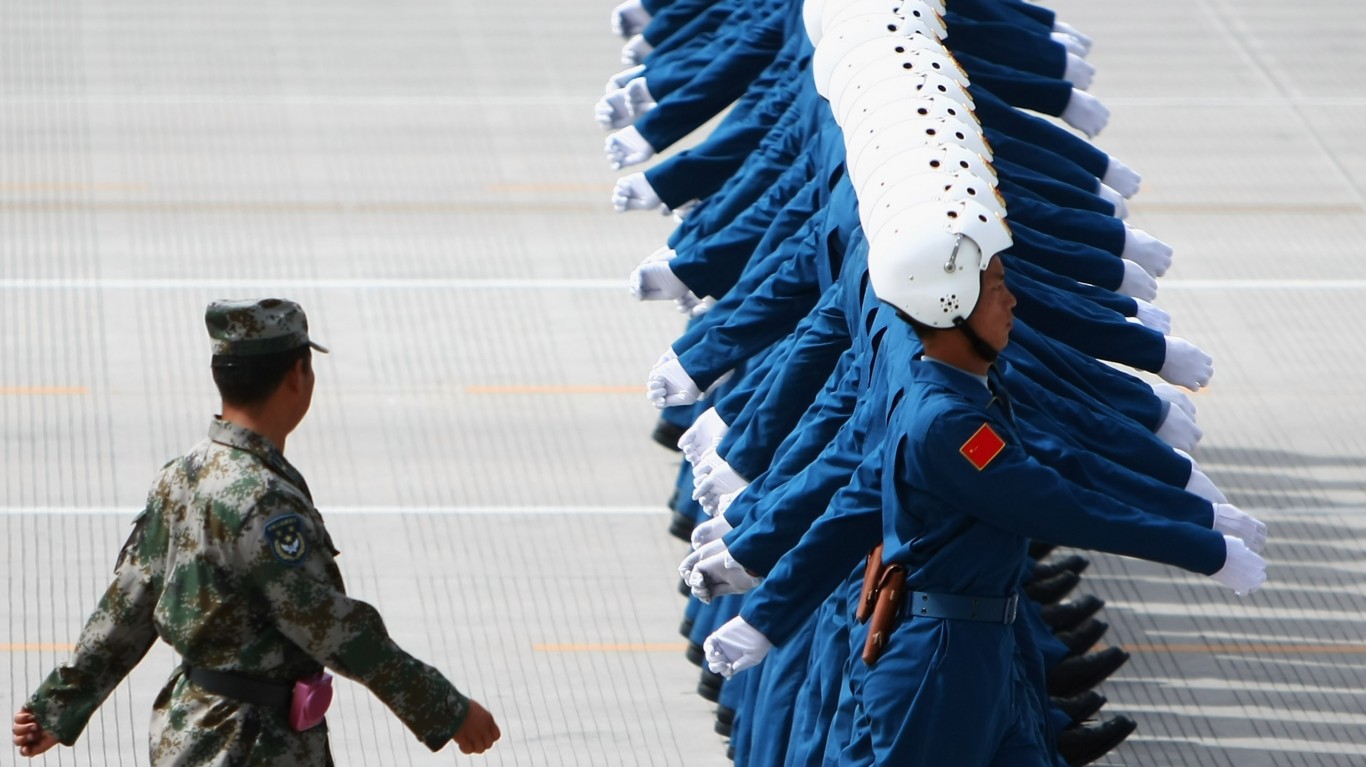 Sovereign nations use their military forces, expenditures, and assets not just for defense purposes but to further the country’s economic interests as well. The United States most notably has leveraged its military power for diplomatic reasons and economic investments (e.g., commercial contracting with Japan, South Korea, and Germany) for decades. China continues to modernize and bolster its military for similar reasons. The best, most recent example of China leveraging its military to support economic growth is its claim over the South China Sea, an important shipping route for China and other Asian countries. There could also be oil and gas in the area. In 2016 more than $800 billion worth of products shipped from China travelled through the South China Sea. The total value of the South China Sea to China’s trade is estimated at nearly $1.5 trillion.

While China’s nuclear capabilities remain distant to the United States’s stockpile, the country’s overall military expenditure of $228.2 billion is one of the largest and fastest growing of any nation.