These Are the Best Cities for Sports Fans 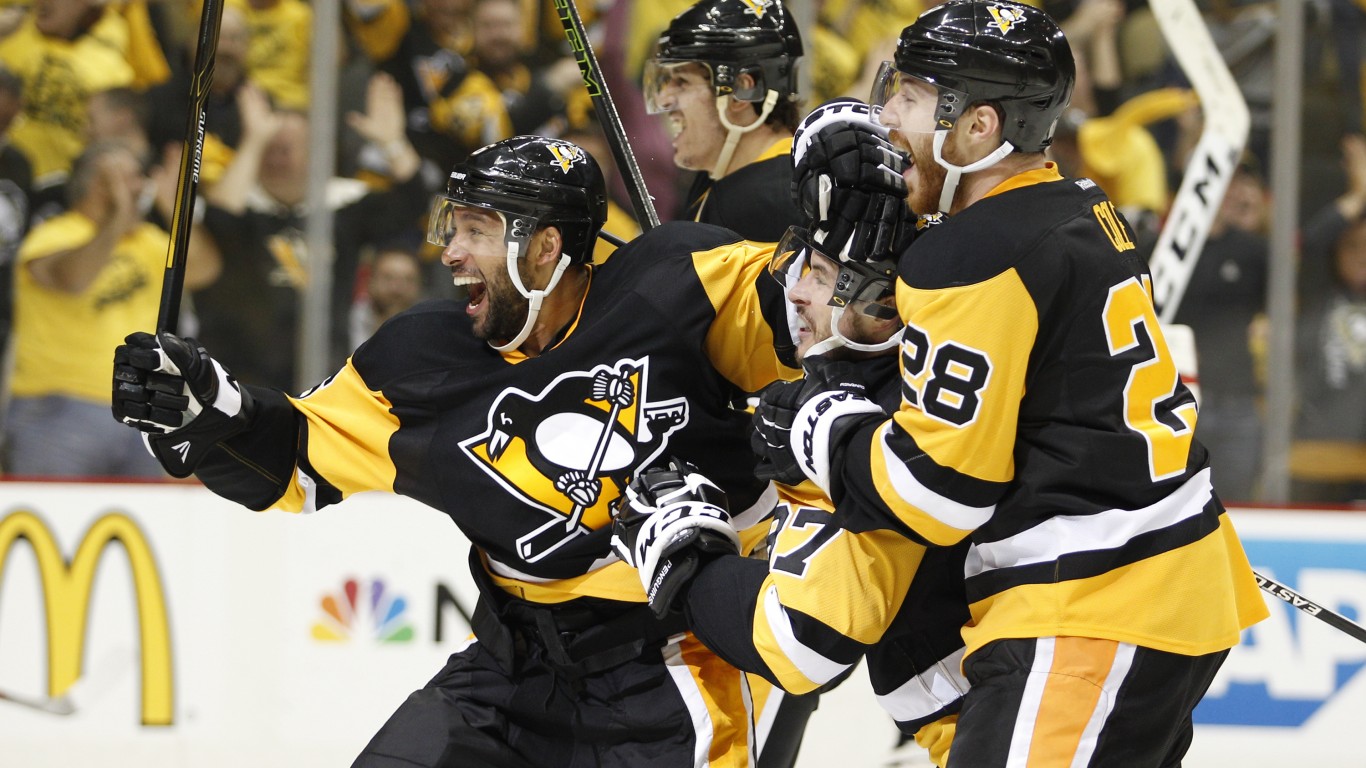 No city — not even those with multiple NFL franchises — has won more Super Bowls than Pittsburgh. The Steelers have won the Lombardi trophy six times, now tied with the New England Patriots. Four of those titles were won in the 1970s, when coach Chuck Noll led quarterback Terry Bradshaw and the infamous “Steel Curtain” defense. Ben Roethlisberger led the Steelers to the other two titles, in 2005 and 2008. Steel City fans have also gotten to witness greatness on the ice. Mario Lemieux captained the Penguins to back-to-back Stanley Cups in 1991 and 1992. Then Sidney Crosby became the face of the franchise, winning the Cup in 2009, 2016, and 2017. Though the Pirates have never had a true dynasty, they won the World Series twice in the past 50 years — in 1971 and 1979. 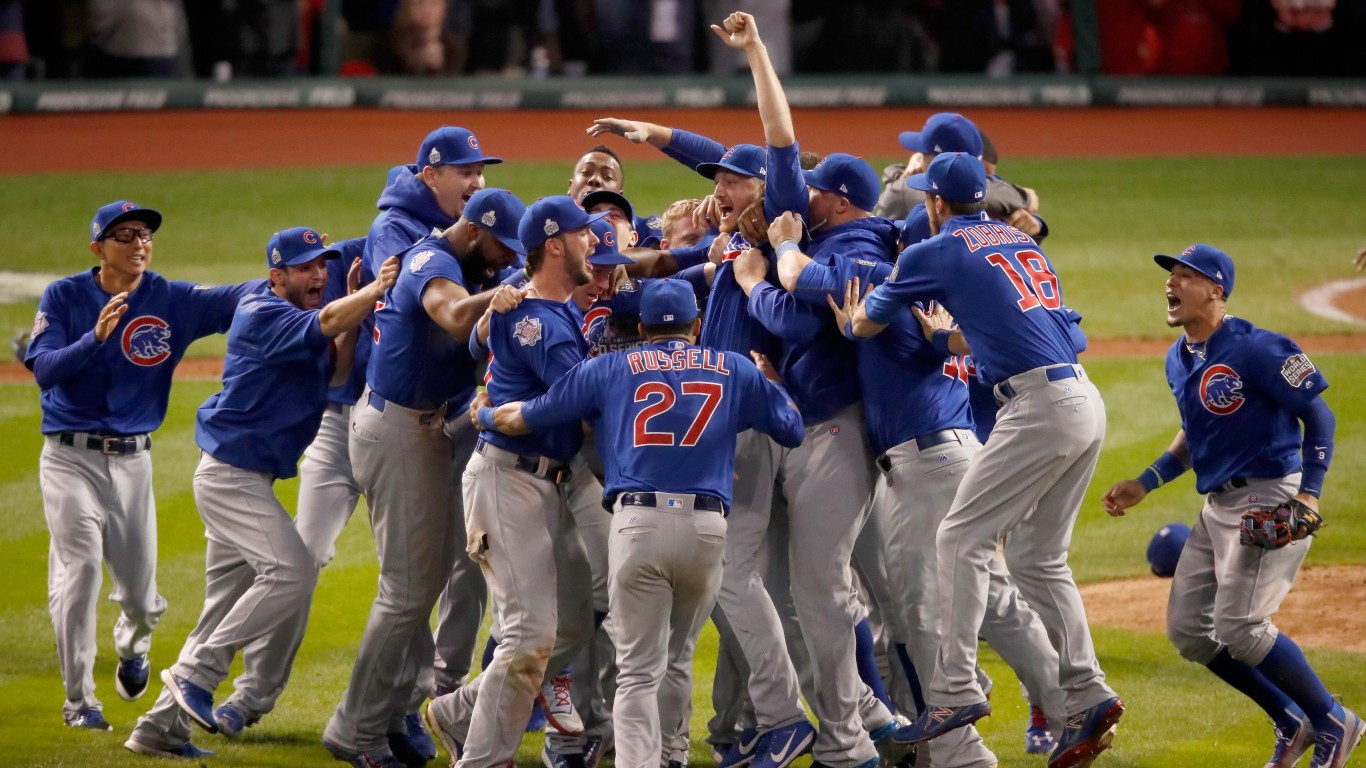 For many years, Chicago sports teams seemed to fail consistently. After the Chicago Bears won the NFL Championship in 1963, the city went decades without a winner — until the legendary 1985 Bears won Chicago’s only Super Bowl. Michael Jordan and the Bulls would go on to dominate the 1990s, winning six championships during that decade. In 2005, the White Sox snapped a World Series drought that stretched back to 1917. In 2010, the Blackhawks ended a 50-year drought of their own, winning their first of three Stanley Cups over a six-year span.

But no title drought can compare with that of the Chicago Cubs. The Cubbies had not won a World Series since 1908, and many believed they were being held back by the fabled “Curse of the Billy Goat.” After 108 years, though, the Cubs finally broke through and won the 2016 World Series in a thrilling extra-inning game seven against the Cleveland Indians. 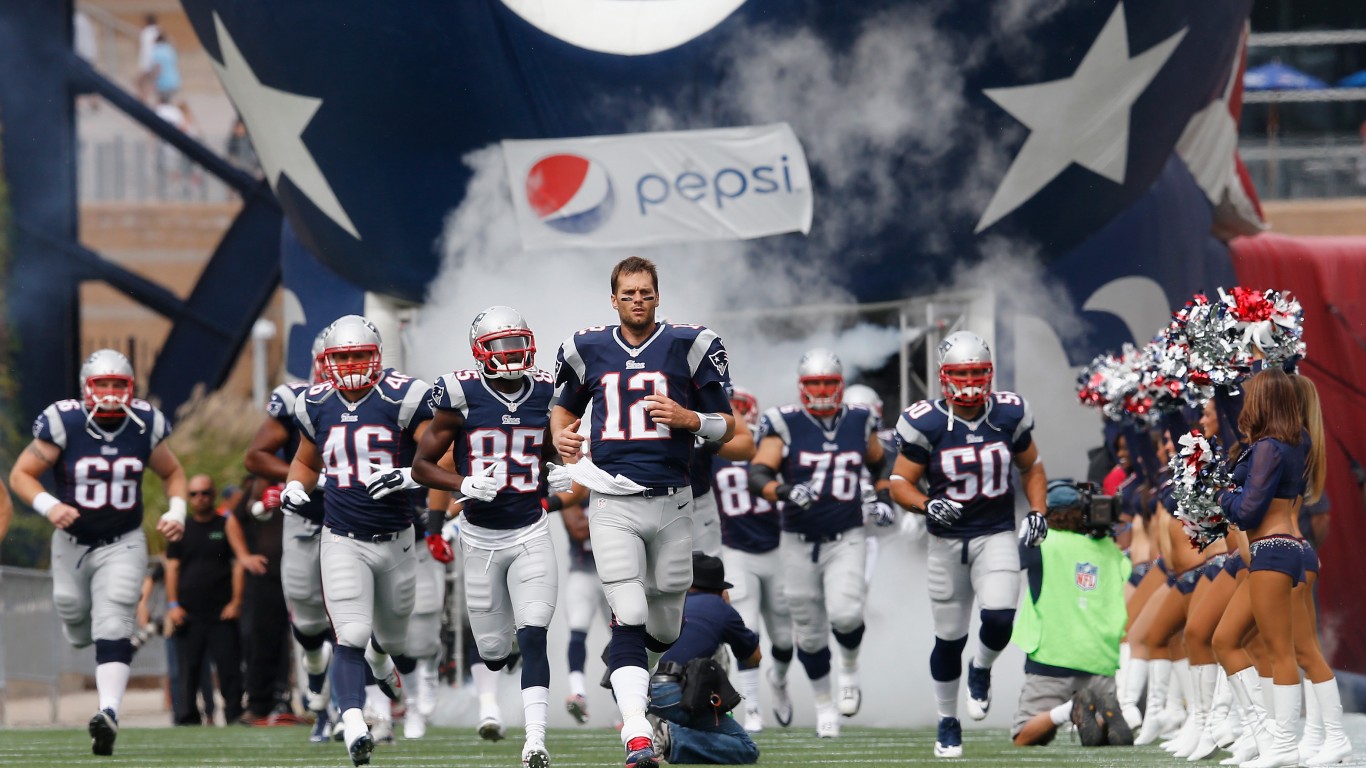 No fanbase has been spoiled by success like Boston’s has in recent years. Since 2008, each of Boston’s four major sports franchises has won at least one championship. The Celtics won seven titles in the last 50 years, the most recent in 2008. Bobby Orr led the Bruins to two Stanley Cup titles in the early 1970s. The Bruins wouldn’t win their next Cup until 2011. The Red Sox overcame 86 years of failure to win the 2004 World Series. The Sox then won it again in 2007, 2013, and 2018. But no recent team has personified consistent excellence like the New England Patriots. Since quarterback Tom Brady and coach Bill Belichick teamed up in 2001, the Pats have won six Super Bowls, including the most recent one, smothering the Los Angeles Rams. 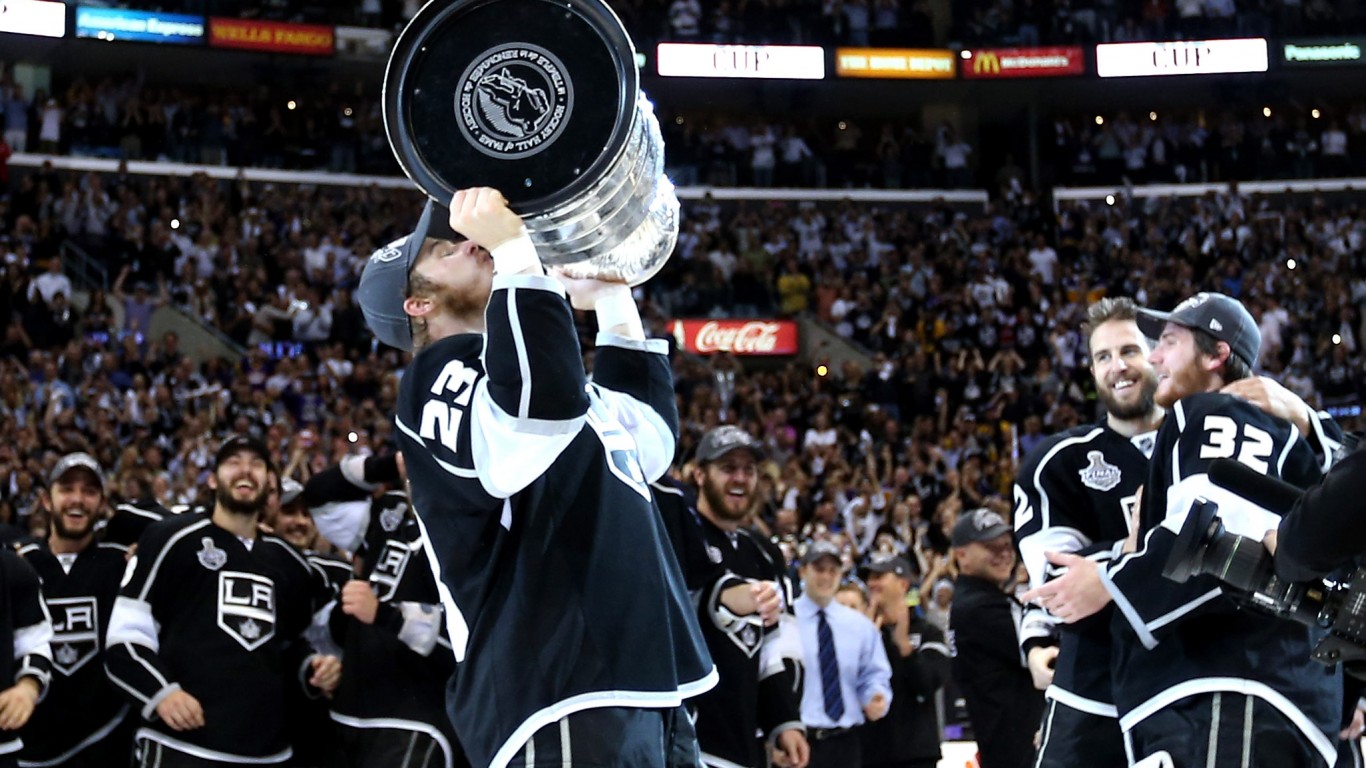 Los Angeles has eight pro sports franchises — two in each of the four major sports. Far and away, the best team in L.A. is the Lakers. Throughout the last 50 years, the Lakers have racked up 11 NBA championships thanks to stars like Kareem Abdul-Jabbar, Magic Johnson, Kobe Bryant, and Shaquille O’Neal. Los Angeles has also had a great run of success in baseball. The Dodgers brought home the World Series in 1981 and 1988, and the Angels won their lone championship in 2002.

Surprisingly, Southern California is also home to two good hockey teams as well. The Anaheim Ducks won their only Stanley Cup in 2007, and the L.A. Kings won the Cup in 2012 and 2014. The Rams lost the most recent Super Bowl, and the lone Lombardi Trophy in franchise history came while the team was in St. Louis. However, the Raiders won a Lombardi Trophy while representing L.A. in 1983. 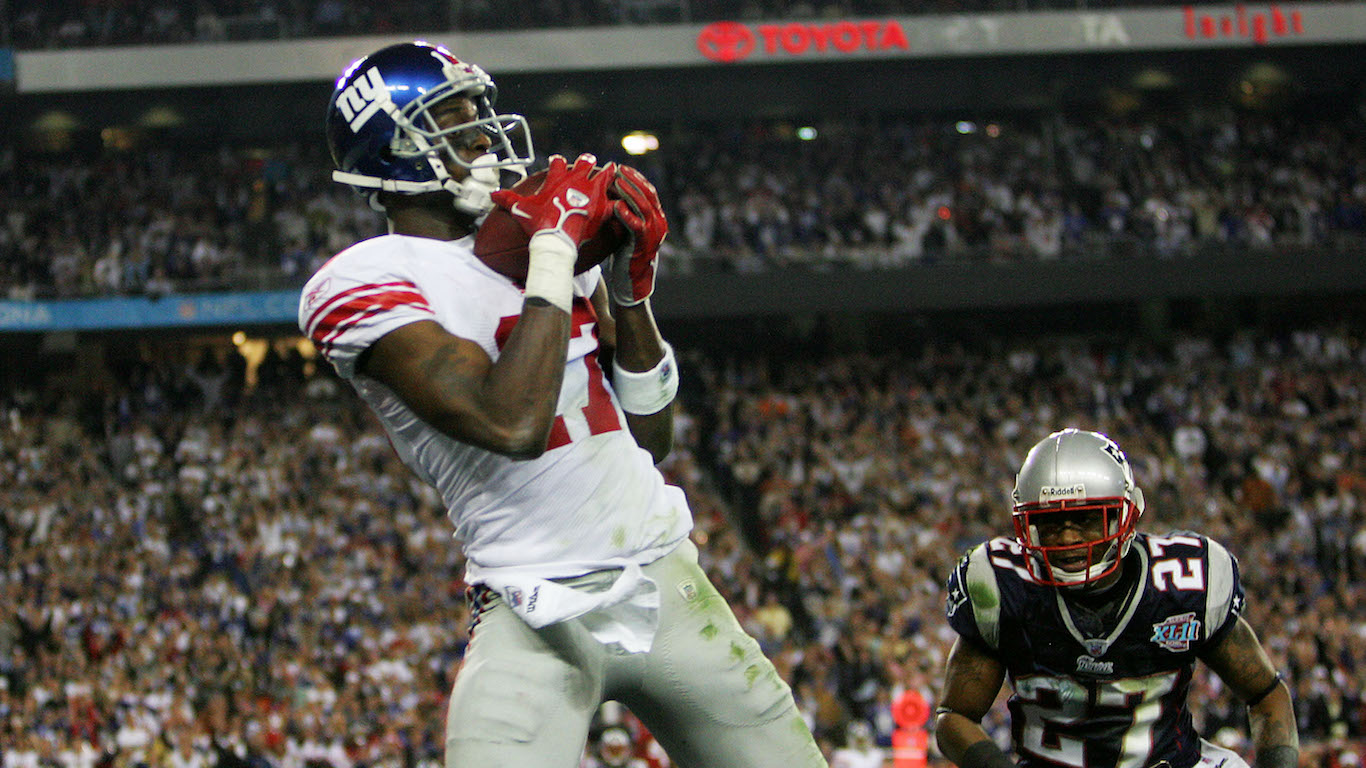 New York is America’s No.1 town for sports fans. With eight sports franchises, fans have a lot to choose from, and most of the teams have been competitive. Over the past 50 years, New York teams have brought 20 titles to the Big Apple. The Yankees are New York’s most dominant team, with seven World Series titles in the past 50 years. Their rivals in Queens, the Mets, are no slouches either. They won the World Series in 1969 and 1986.

Basketball success has been harder to come by. The Knicks won two NBA championships in the 1970s but haven’t had much playoff success since. Since moving to Brooklyn from New Jersey, the Nets have also struggled. On the ice, the New York Rangers only have one championship since the NHL expanded beyond six teams, winning the Cup in 1994. The Islanders, though, won four consecutive Stanley Cups in the early 1980s.

The New York Giants have also won four championships over the last 50 years. The Jets have been mostly hapless recently, with the lone Super Bowl coming more than 50 years ago, so it was not considered for this list.