10 Teams With the Longest Championship Droughts 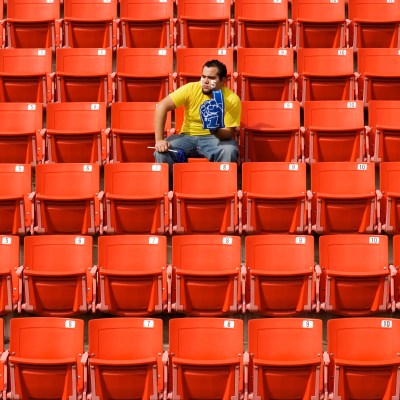 Source: Thinkstock
The Chicago Cubs are currently playing the New York Mets for a chance to compete in the World Series. If the team wins this year, as was improbably predicted in the 1989 film “Back to the Future: Part II,” it would bring to an end the longest active championship drought faced by a major U.S. sports franchise. The last time the Chicago Cubs won a World Series was 1908.

While the Cubs’ drought is the longest, several other franchises have been disappointing their fans for decades. In fact, in the four major U.S. sports leagues — baseball, football, hockey, and basketball — 10 teams that have captured a title have gone at least 40 years since they last won it all. These are the professional sports teams with the longest championship droughts.

Click here to see the teams with the longest championship droughts.

This list only reviews teams that have won a championship title at least once before their long drought. There are, however, other decades-old franchises that have never managed to achieve victory at the highest level. There is no question that fans of teams such as the Buffalo Bills — a franchise that made it to the Super Bowl in four consecutive years from 1990 through 1993, losing all four — have waited for a championship win just as long as some of the teams on this list.

Fans of the teams with the longest droughts, however, arguably go through an even worse experience than those teams that have never won a title. The Toronto Maple Leafs won more than a dozen times during the first 50 years of the Stanley Cup playoffs, including multiple back-to-back cups. The New York Knicks were once a force to be reckoned with, dominating the court and becoming NBA champions in 1970 and 1973. As of late, the Knicks and the Leafs have both been among the most underperforming teams in professional sports, and their fanbases, who have come to expect winning at the highest level, are left bitter and frustrated.

Among teams with the longest championship droughts, some seen to be perpetually on the cusp of reclaiming a title. The Philadelphia Flyers, for example, have made it to the playoffs nearly every year since their last win in 1975, but they have been unable to repeat the feat. In other cases, the possibility of ending the the drought seems much less likely. The Miami Dolphins, for example, a team that won three Super Bowl rings, have only been to the playoffs once since 2001.

To identify the teams with the longest playoff droughts, 24/7 Wall St. considered NHL hockey, NBA basketball, MLB baseball, and NFL football teams that have won at least one major championship. Of that group, the 10 teams for which the most time has elapsed since winning again are experiencing the longest championship droughts. To be considered, a franchise needed to have won a championship under the current team name in the current city. Franchise win-loss records, championship wins, and historical player information were obtained from team and league websites, as well as ESPN.com. The total number of listed championship wins for a team are considered only from, and not prior to, the modern era of each league.

These are the 10 teams with the longest championship droughts.