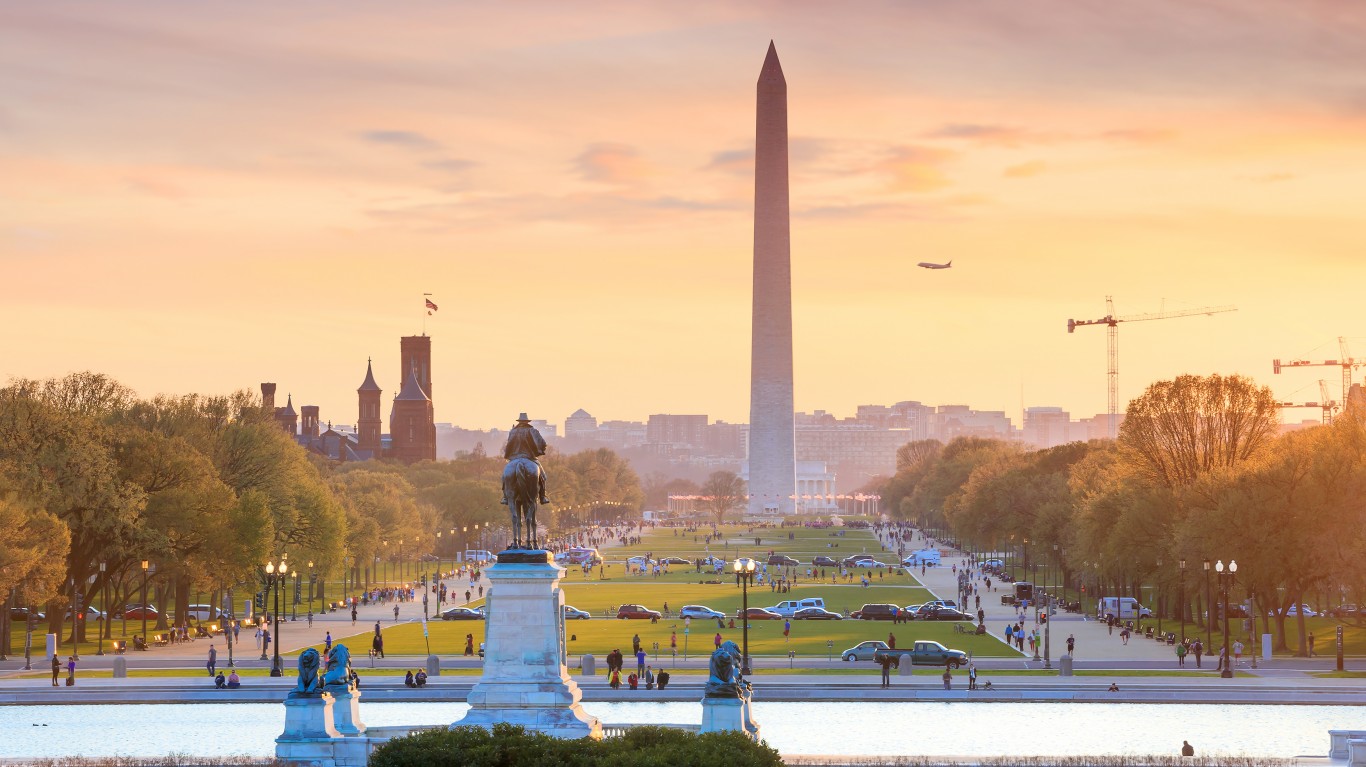 There were 941 violent crimes for every 100,000 people in Washington, D.C. in 2018. Though in every city on this list, homicide accounts for a relatively small share of violence overall, Washington has one of the highest murder rates in the country. There were 160 reported homicides in the nation’s capital in 2018, or 23 for every 100,000 people — more than four times the murder rate nationwide.

While overall crime is down in the city this year, a series of fatal shootings in October 2019 has given new urgency to the city’s Fall Crime Prevention Initiative. The program aims to reduce crime through community outreach and increased patrolling in historically violent areas. 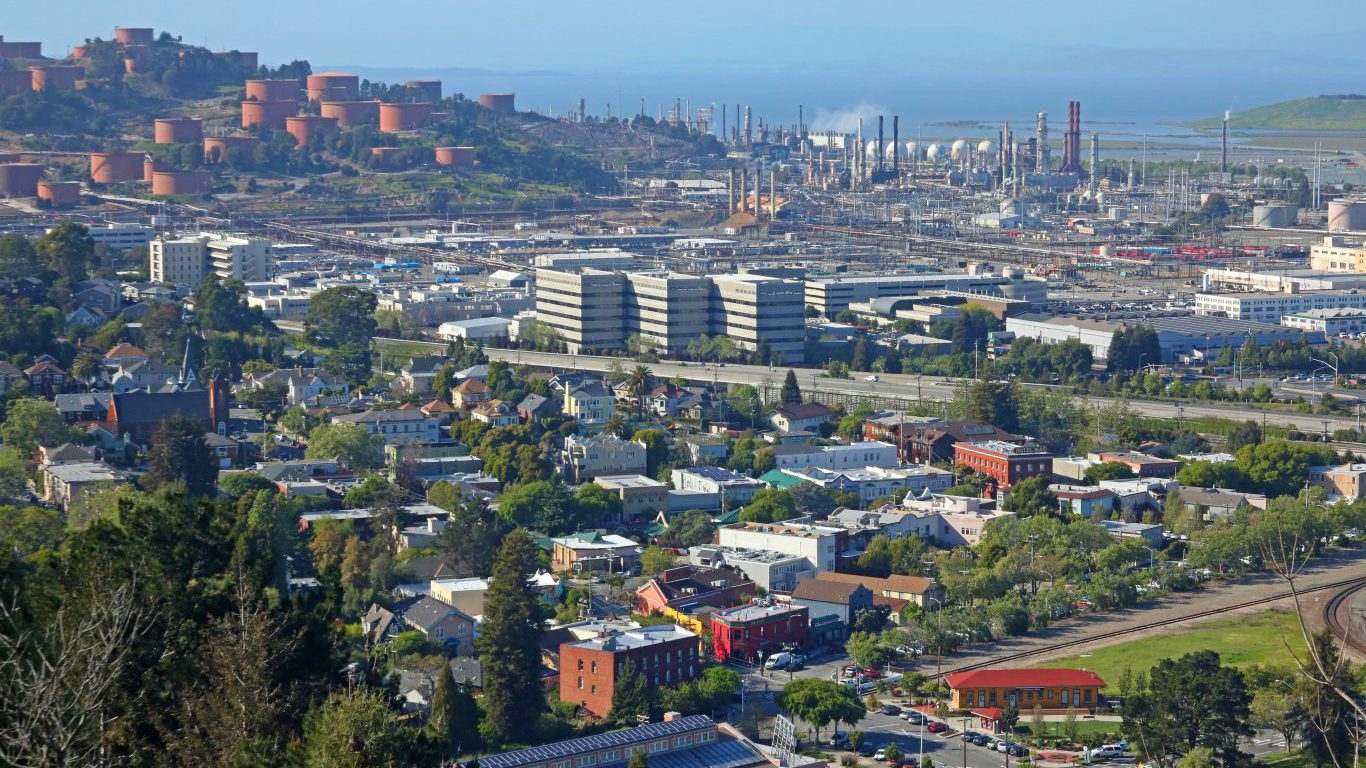 Richmond, a small city just north of Berkeley on the San Francisco Bay, has one of the highest violent crime rates in the United States. There were 943 reported incidents of rape, robbery, aggravated assault, and homicide for every 100,000 residents in 2018 — well more than double the national violent crime rate of 369 per 100,000. The city’s robbery rate of 338 robberies per 100,000 residents is particularly high as the national robbery rate is just 86 per 100,000.

In the last decade, Richmond has made significant strides in reducing violence through its program known as Operation Peacemaker, which paid potential criminals for avoiding trouble.

ALSO READ: The City Hit Hardest by Extreme Poverty in Every State 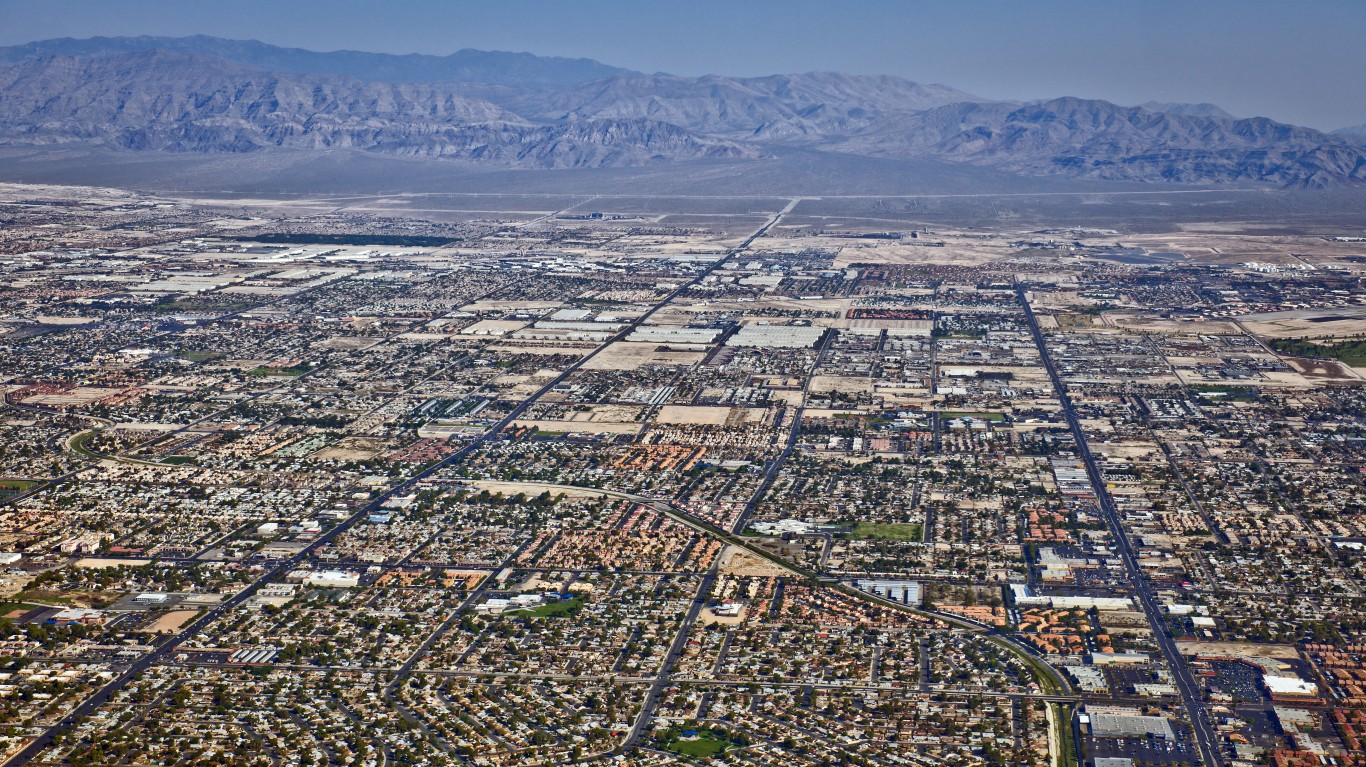 The violent crime rate of 966 incidents per 100,000 people in North Las Vegas is driven primarily by aggravated assaults. Of the 2,386 total violent crimes reported in the city in 2018, 1,760 were aggravated assaults. Unlike most cities on this list, property crime is not especially common in North Las Vegas. There were just 2,106 incidents of crimes like motor vehicle theft and larceny for every 100,000 people in the city in 2018, below the national property crime rate of 2,200 per 100,000. 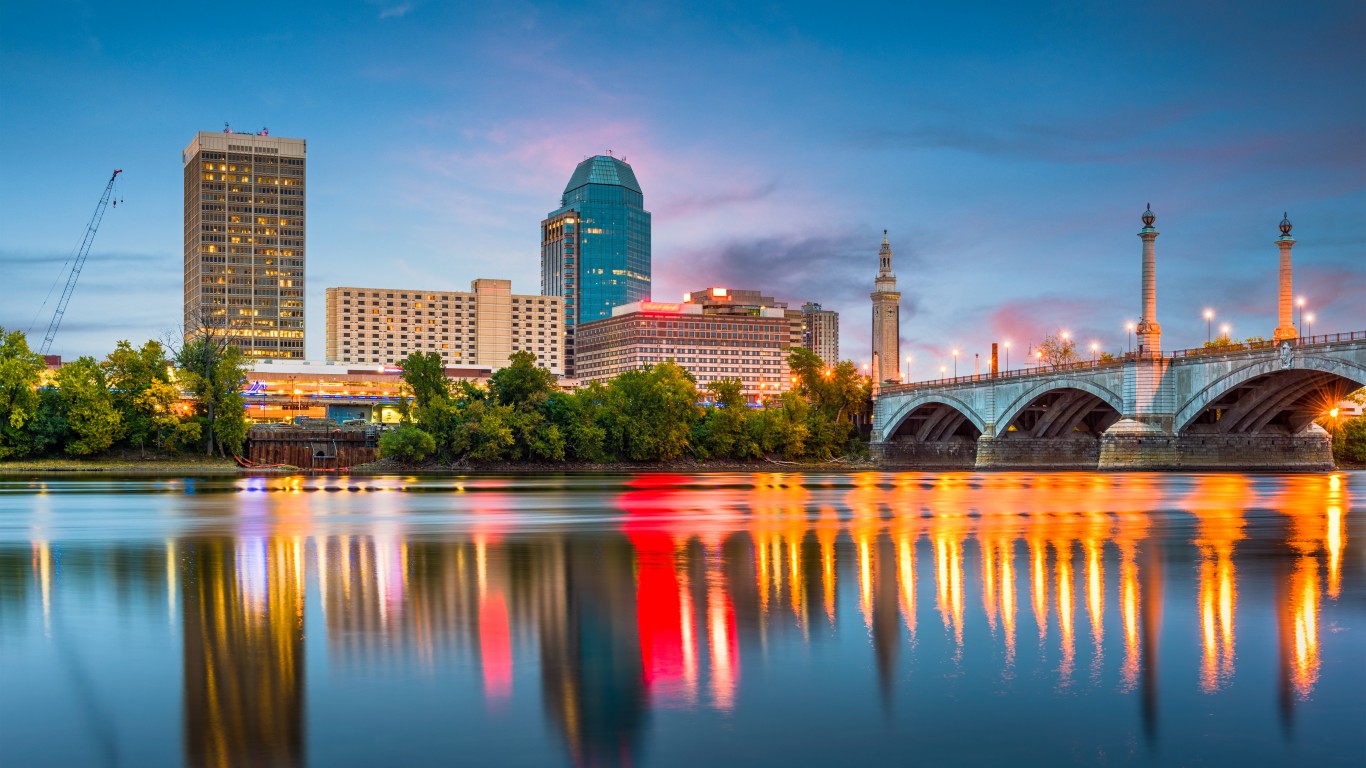 Springfield — the only Massachusetts city to rank on this list — has the second highest violent crime rate of any city in the New England region and the 32nd highest among midsize or large cities nationwide. The city’s violent crime rate of 986 incidents per 100,000 people is driven largely by robberies and incidents of aggravated assault — together, those two classifications accounted for 92% of all violent crime in the city last year.

As is often the case in cities with high rates of violent crime, economic opportunity appears to be relatively limited in Springfield. The city’s 28.7% poverty rate is nearly double the 14.6% national rate. 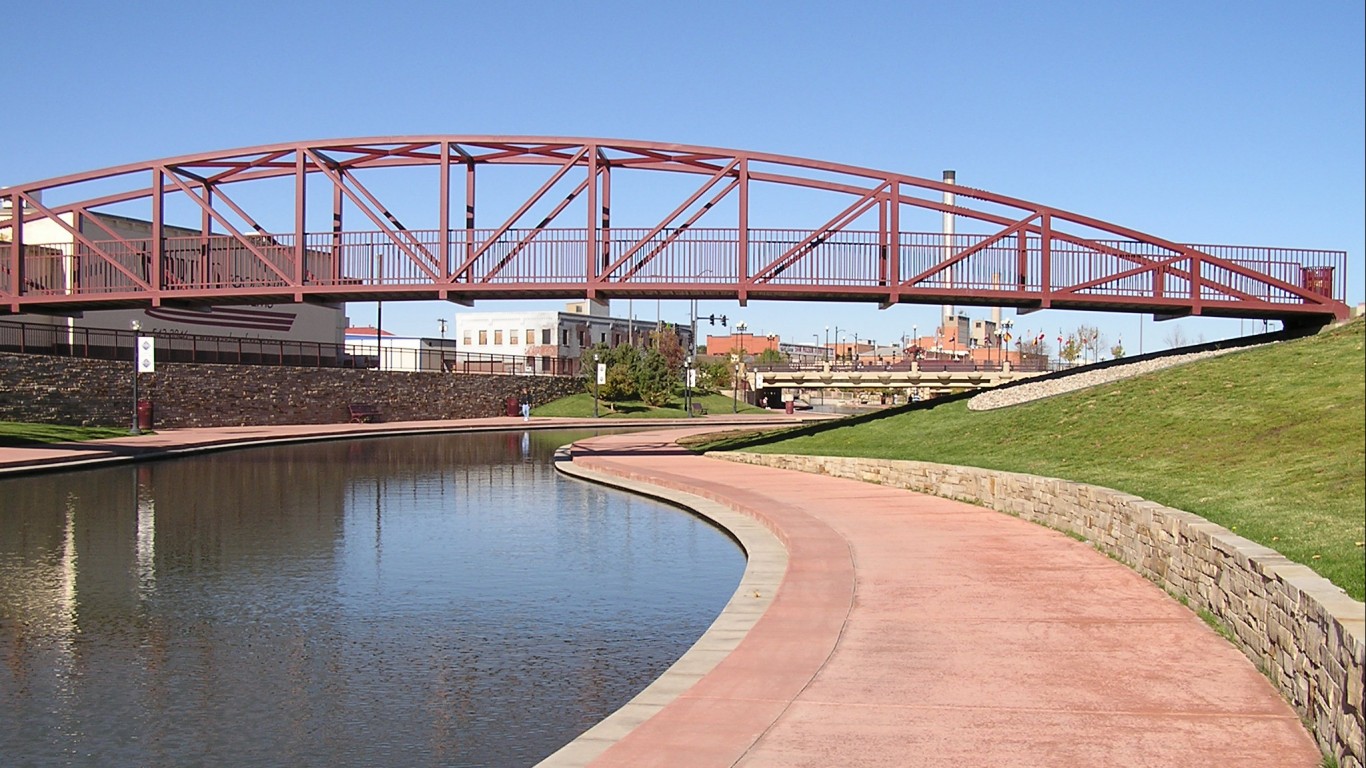 As is often the case in cities with high rates of violence, property crimes are also relatively common in Pueblo. There were 5,576 property crimes — which include burglary, larceny, and motor vehicle theft — for every 100,000 people, more than in all but 11 other cities of comparable size tracked by the FBI.