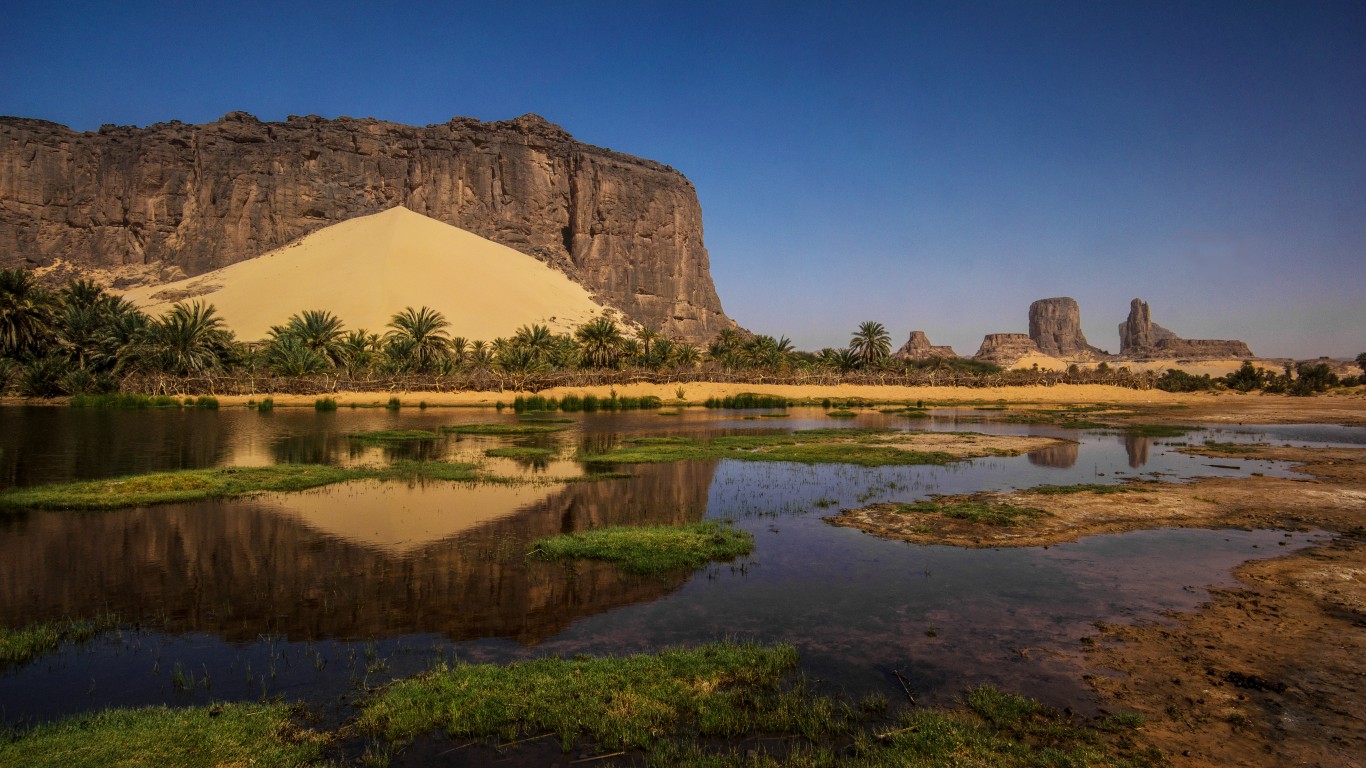 Despite deposits of valuable resources like gold, uranium, and oil, Chad is one of the poorest countries in the world, with a GNI per capita of just $1,736. Economic development has been stymied since the country gained independence in 1960 partaially by inadequate infrastructure and violence between the country’s Christian and Muslim citizens.

People living in Chad have some of the lowest life expectancies in the world. Life expectancy at birth in the country is just 53.7 years, nearly 20 years below the global average. 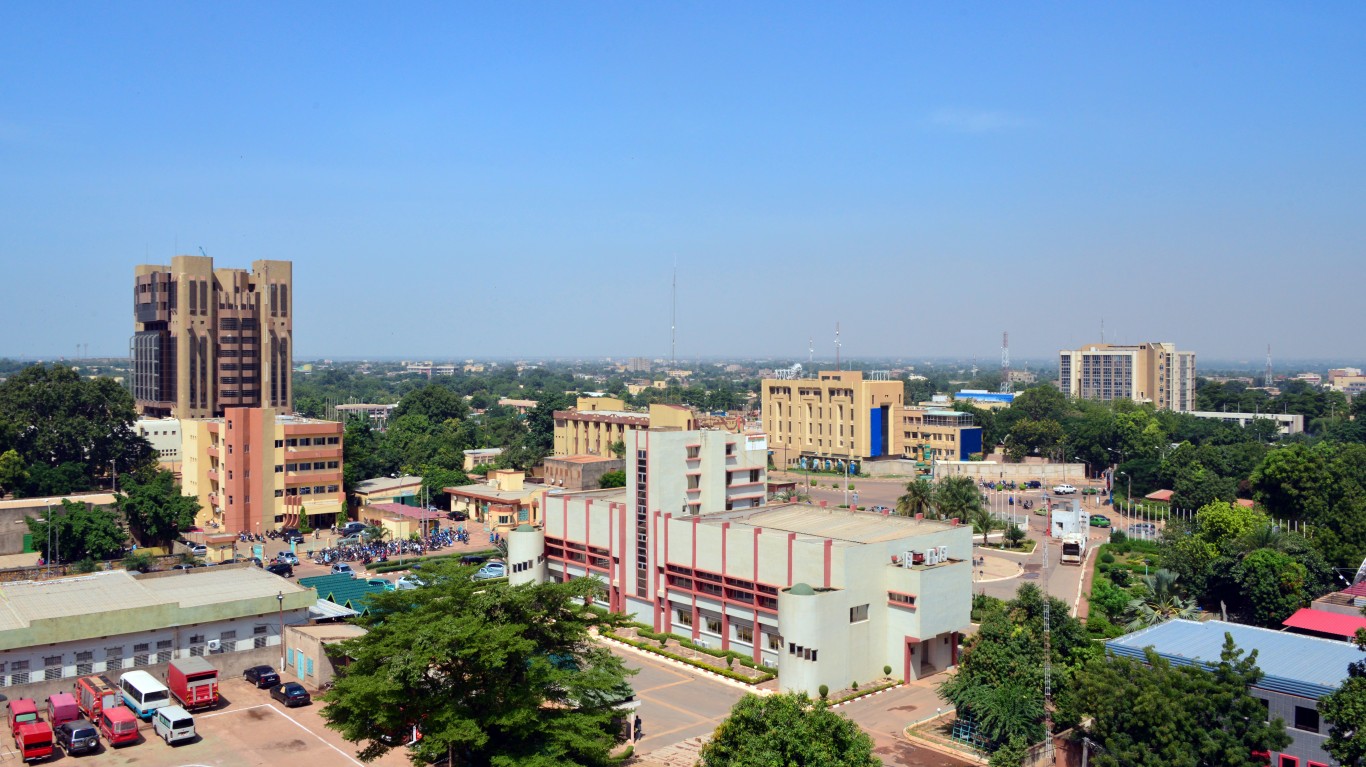 Economic development in the West African nation of Burkina Faso has been hampered by political instability and violence. Though home to significant reserves of gold, the former French colony ranks among the poorest in the world. Its $14.4 billion economy is smaller than that of much less populous countries.

As is often the case in poor countries, Burkina Faso’s economy is heavily dependent on farming. The agriculture, fishing and forestry sector accounts for over a quarter of the country’s GDP. 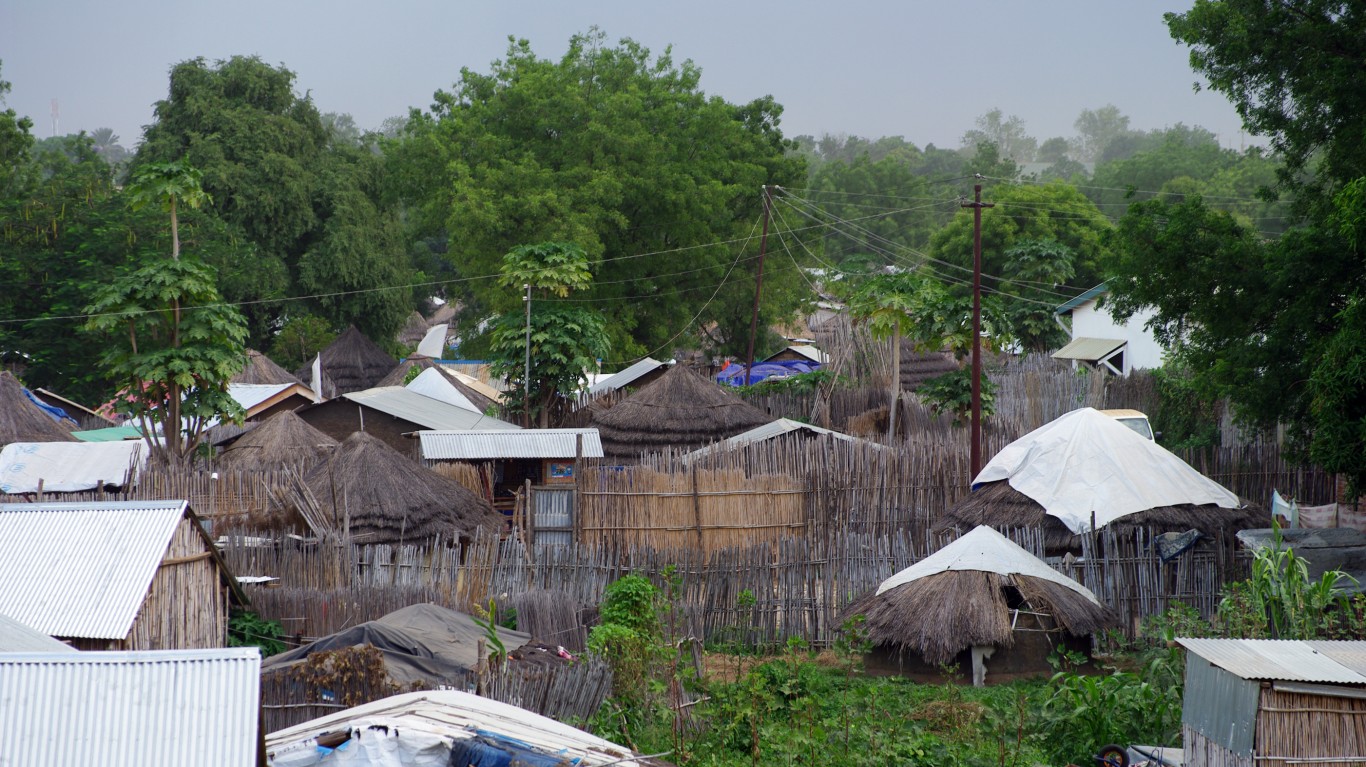 The youngest countries in the world, South Sudan has been an independent nation since July 2011, when it gained independence from Sudan. The country, which was formed as a result of what was Africa’s longest-running civil war, has been embroiled in a civil war of its own for most of its history — from 2013 to 2018.

Violence and government instability leave little room for economic development, and Sudan is one of the poorest countries in the world. The country’s GNI per capita is just $1,686. 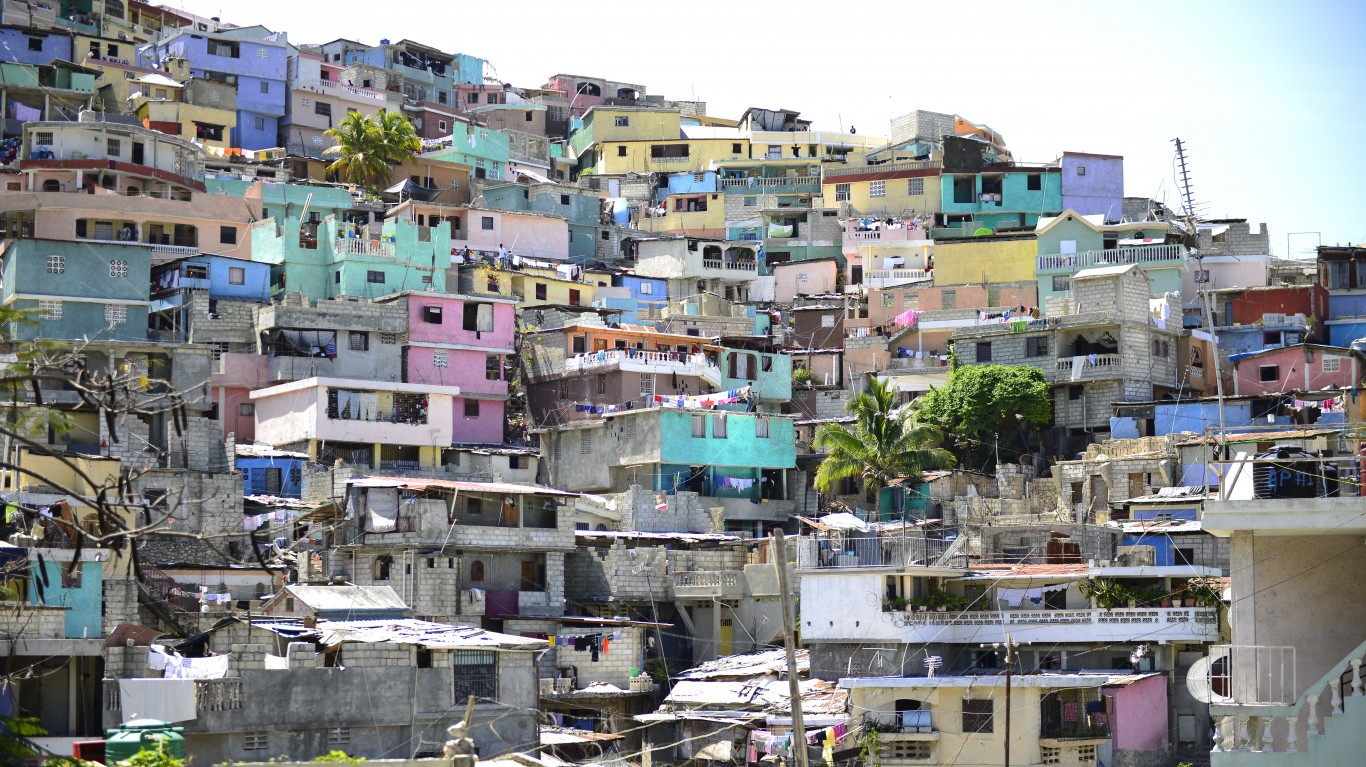 Located on the island of Hispaniola in the Carribbean, Haiti is one of the few places outside of Africa to rank among the poorest countries in the world. The country was hamstrung economically since gaining independence from France in the early 19th century, as it was forced to pay reparations to its former European master to compensate former slave owners. The debt was repaid in full by the mid-20th century, but there have been recent calls for France to return the money.

In recent years, economic development has been hindered by political instability and devastating natural disasters. Haiti’s $1,665 GNI per capita is the lowest in North America and 12th lowest in the world. 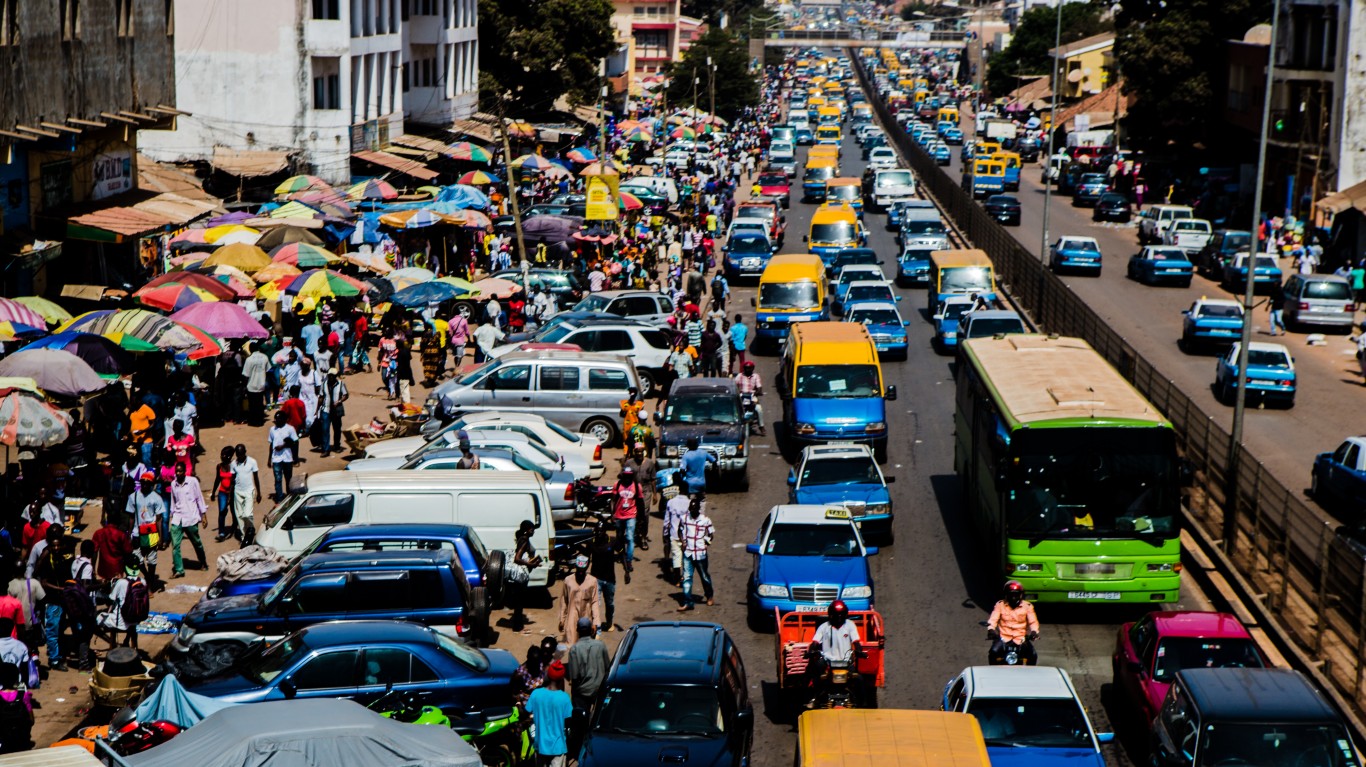 Guinea-Bissau relies heavily on foreign aid and is saddled with massive debt. Agriculture accounts for nearly half of the country’s $1.5 billion economy, and nuts — mostly cashews — account for over 90% of the country’s total exports in 2017.

The West African country has one of the least healthy populations in the world. Life expectancy at birth in Guinea-Bissau is just 57.7 years, nearly 15 years below the global average.