The Twenty Poorest Nations In The World

A thousand dollars or less per person per year in GDP – the consequence of poverty, genocide, years of war, lack of natural resources, poor farm management, and limited access to clean water and health care.

This is the follow-up to 24/7 Wall St.’s Twenty Most Productive Nations. Eighteen of the poorest countries by GDP per capita are in Africa. That is not surprising given the famine and war that have racked the continent for the better part of the last four decades.  Contributing to these hardships is that many of these countries were recently territories or protectorates of European nations.

The concentration of poverty and the lack of national productivity would have looked very different five decades ago.  In the 1960s, China and India were relatively poor nations, with huge populations, low literacy rates, and tremendous untapped resources. Both nations improved their fortunes through education programs and through the organization of rural populations  who were brought to cities to turn raw materials into finished goods.

Most of the poorest nations in Africa do not have effective central governments due to instability and civil war. Corrupt officials at all levels bleed money from the economy, “redirecting” aid from the West and “taxing” whatever the country’s immature industries produce on their own.

Many of Africa’s nations are resource-rich. Some have taken advantage of it. Nigeria is one of the largest oil-producing nations in the world. Meanwhile, other African countries with significant natural resources, like the Democratic Republic of Congo, do not have access to the capital needed to create an infrastructure that could exploit its resources.

The greatest problem for many of these counties is that they have limited means to improve their financial conditions. Some do not have arable land, others have negligible deposits of metal, oil, or gas. Each one been perpetually poor. And with a few exceptions, there is only modest hope that their situations will improve in the decades to come. They must rely on whatever aid they receive from the West, and perhaps Russia and China. They are now and likely will remain the poorest nations.

The poorest nation outside of the African continent, Haiti has been beset by natural disasters, poor health conditions, drought and famine. The country experienced some of its worst years under the 30-year rule of physician and brutal dictator Francois “Papa Doc” Duvalier, who was succeeded by his son, “Baby Doc” Jean-Claude. Under the rule of these men, Haiti experienced a massive brain drain, which it is still recovering from. The recent 7.0 earthquake in Port-au-Prince has not helped matters.

The infrastructure of this west African nation has been plagued by frequent droughts and several coups since the 1980s. This country’s main export is cotton, which due partly to these intense droughts and heavy fluctuations in the industry, has been an unreliable cash crop. 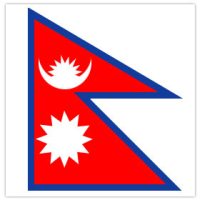 Land-locked and isolated, one-third of Nepal’s GDP comes from small-time agriculture. Like Burkina Faso, the country has experienced much political instability over the past few decades. While the nation has significant potential for the development of a hydroelectric power infrastructure, this instability, coupled with the nation’s propensity for natural disasters, has left this resource largely untapped.

Uganda has a great deal of potential with its vast natural resources, particularly precious metals and minerals. However, more than 80% of the population is employed in agriculture.  The underdevelopment of a mining infrastructure, as well as a general lack of industrialization, is largely due to large-scale civil unrest and international conflict with neighboring countries, including this list’s number one: the Democratic Republic of Congo.

Another agriculture-heavy region, densely populated Mali relies heavily on its tobacco industry, which makes up at least 50% of total exports. While the government has attempted to develop an industrial infrastructure aided by the IMF, the UN, and several other philanthropic organizations, Mali has experienced major setbacks. In particular, the unpredictable and unreliable availability of utilities, including electricity, water and telecommunications has deterred foreign investors and hampered development.

Rwanda is one of the countries on this list which shows signs of hope. The genocide in 1994 left the nation’s infrastructure in ruins and its people in the depths of poverty. Like several others on this list, this nation is rich in minerals. Efforts to develop this resource, aided by the international perception of increased stability after nearly 1 million deaths during the genocid , have caused mineral production to replace coffee and tea as Rwanda’s main export.

Guinea retains significant potential in agricultural and mineral resources, as well as hydroelectric development, but a wide range of issues, including a literacy rate of less than 30% and political uncertainty, has left these industries underdeveloped.

One of the largest and poorest of the African nations, Ethiopia relies heavily on agricultural exports (particularly coffee) to sustain GDP. Heavy droughts, poor farming practices, price fluctuations, and a two-year war with Eritrea hurt the industry, causing many coffee growers to switch to other crops. In 2005, the IMF forgave the country’s debt, which has led to improved conditions.

Since becoming independent in 1975, Mozambique has struggled to bring itself out of extreme poverty. Working against massive foreign debt with the aid of international organizations, the nation has managed to garner some attention from investors and has developed a sizable aluminum industry. The growth and export potential of the aluminum industry has been hampered by a sharp drop in the price of the metal since the global economic recession.

Until 1990, Madagascar had a socialist-oriented government, which was replaced by one which has relied heavily on the IMF for economic guidance. A burgeoning tourism industry has developed, but several political crises, as well as the global recession, have hurt the nation’s best hope for growth in the past few years.