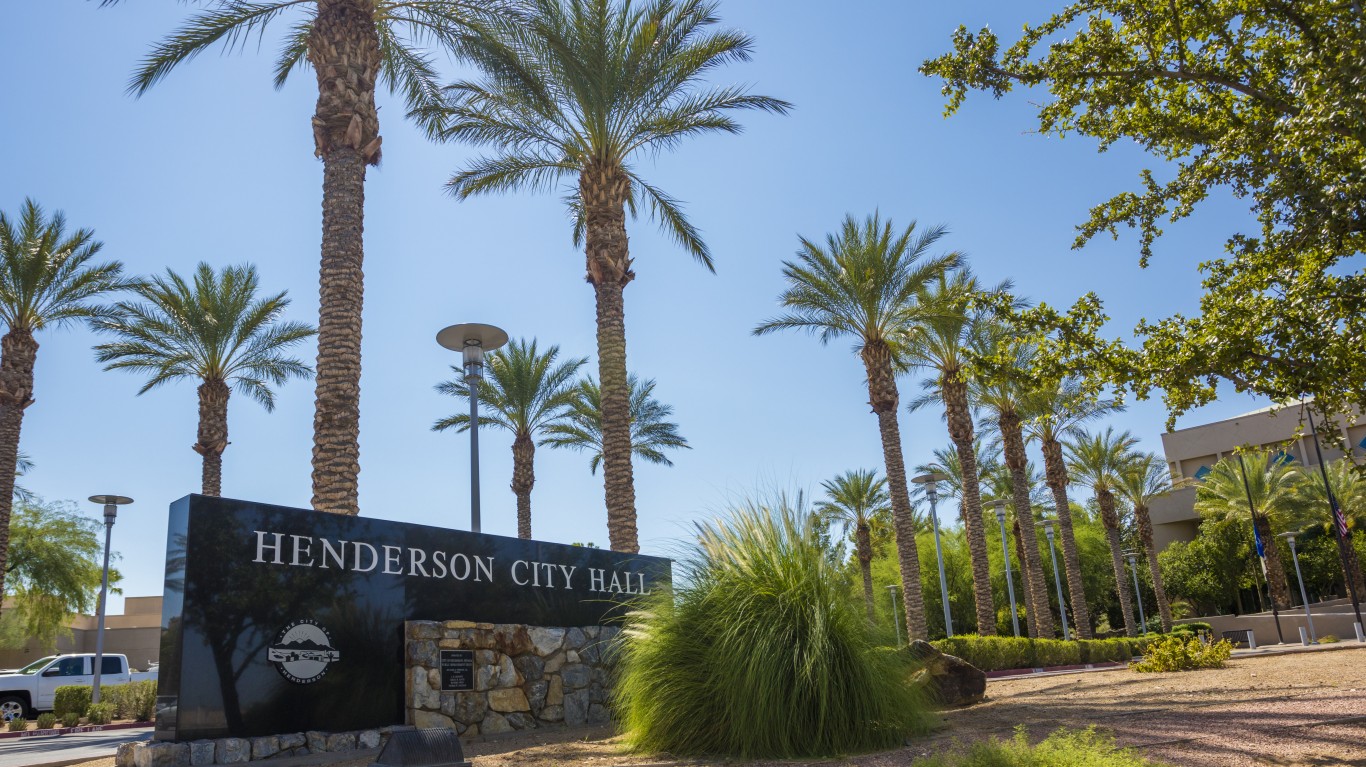 Henderson, Nevada, is one of the fastest-growing cities in the country, with its population growing by 62.4% between 2000 and 2018. In an interview this summer with the Las Vegas Sun, Henderson Mayor Debra March attributed the city’s growth spurt to strong quality of life and low taxes. 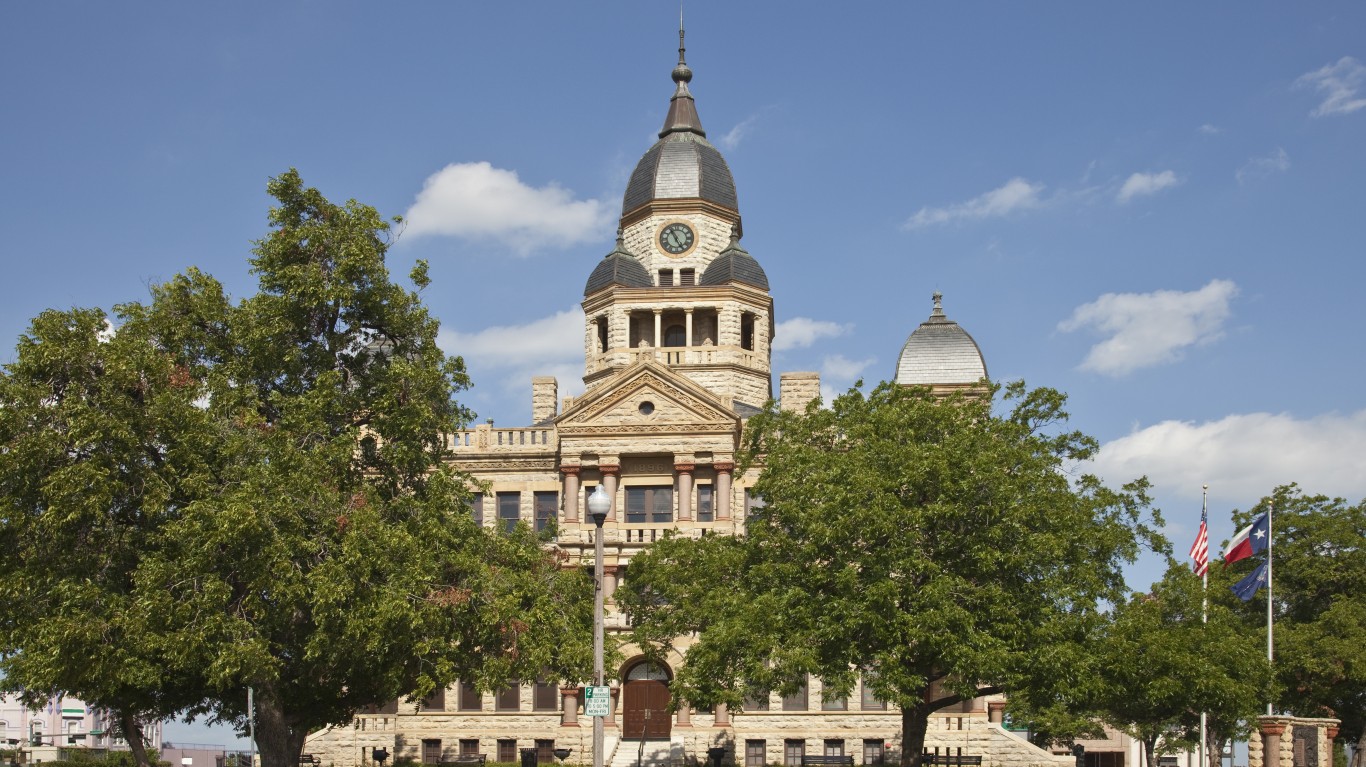 Home to University of North Texas, Denton is one of the fastest-growing cities in the country. Its population has grown by more than 50,000 people between 2000 and 2018 — an increase of nearly 63%. To accommodate this growth, local governments have undertaken ambitious highway projects to combat traffic congestion along the roads connecting Denton County to the rest of the Dallas-Fort Worth metroplex. 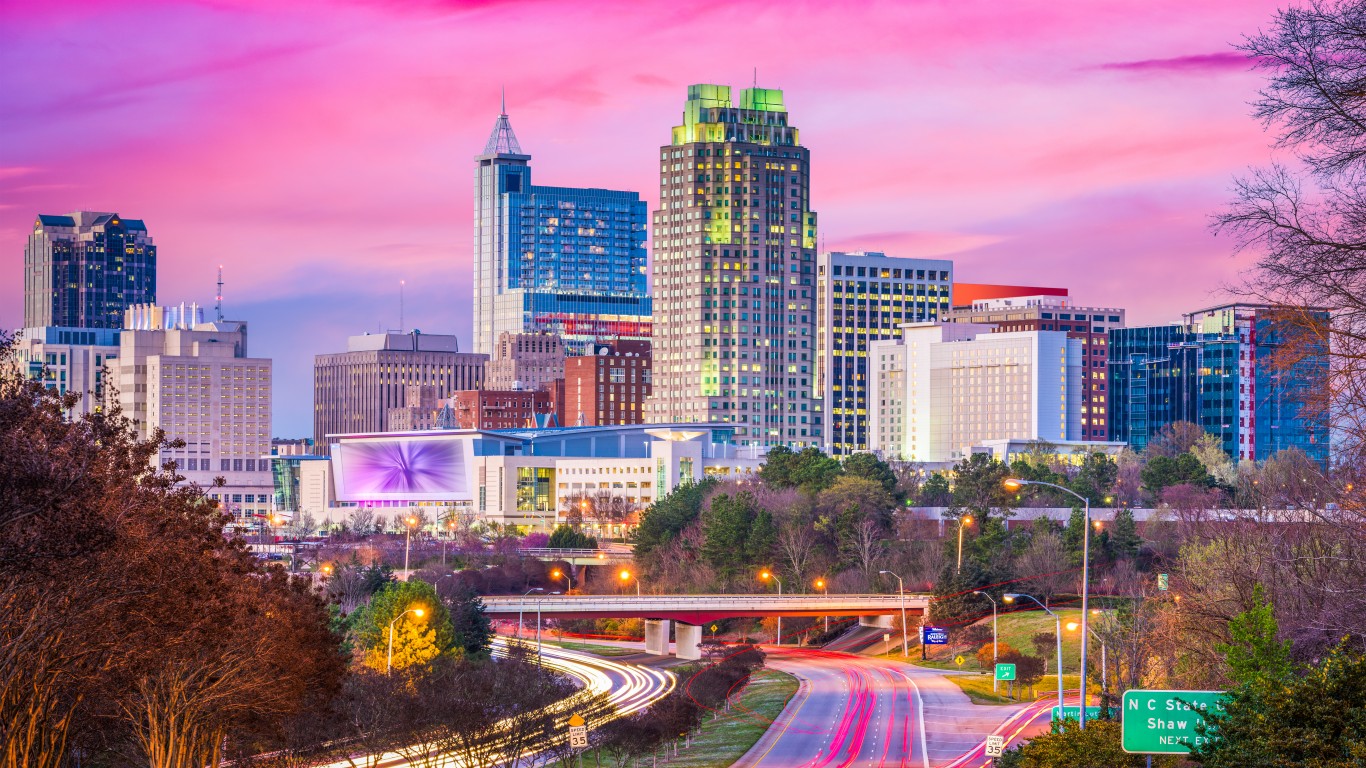 Compared with other fast-growing cities, North Carolina’s capital city Raleigh has had an exceptionally large population — even before its 62.8% growth since 2000. Raleigh is one of just 11 cities in the entire country that has added more than 150,000 new residents since 2000. 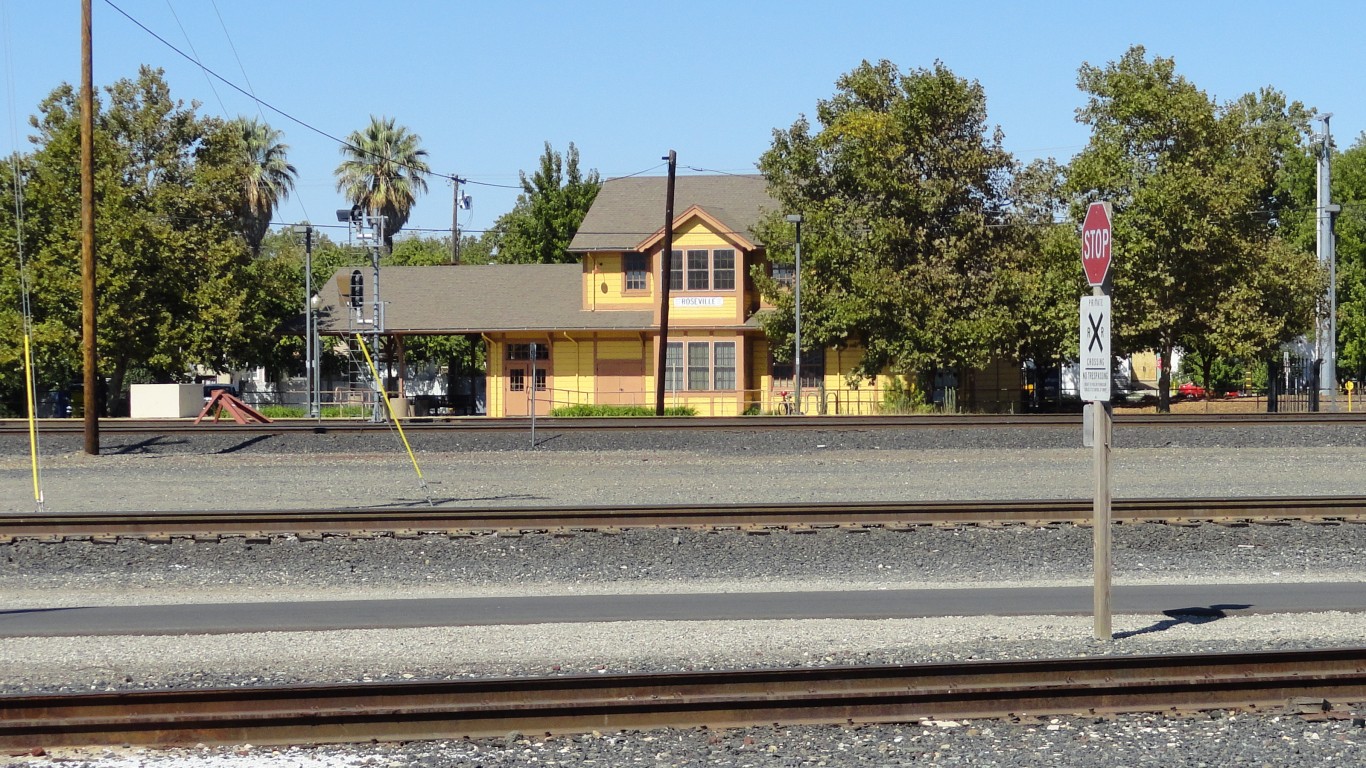 Roseville is one of six California cities to rank among the fastest growing in the 21st century. The city, just outside of Sacramento, had fewer than 80,000 people in 2000. Now, it is home to more than 130,000. The city may be able to attract so many new residents because of its advantageous location. Placer County, where Roseville is located, has the best quality of life among all California counties, according to County Health Rankings. 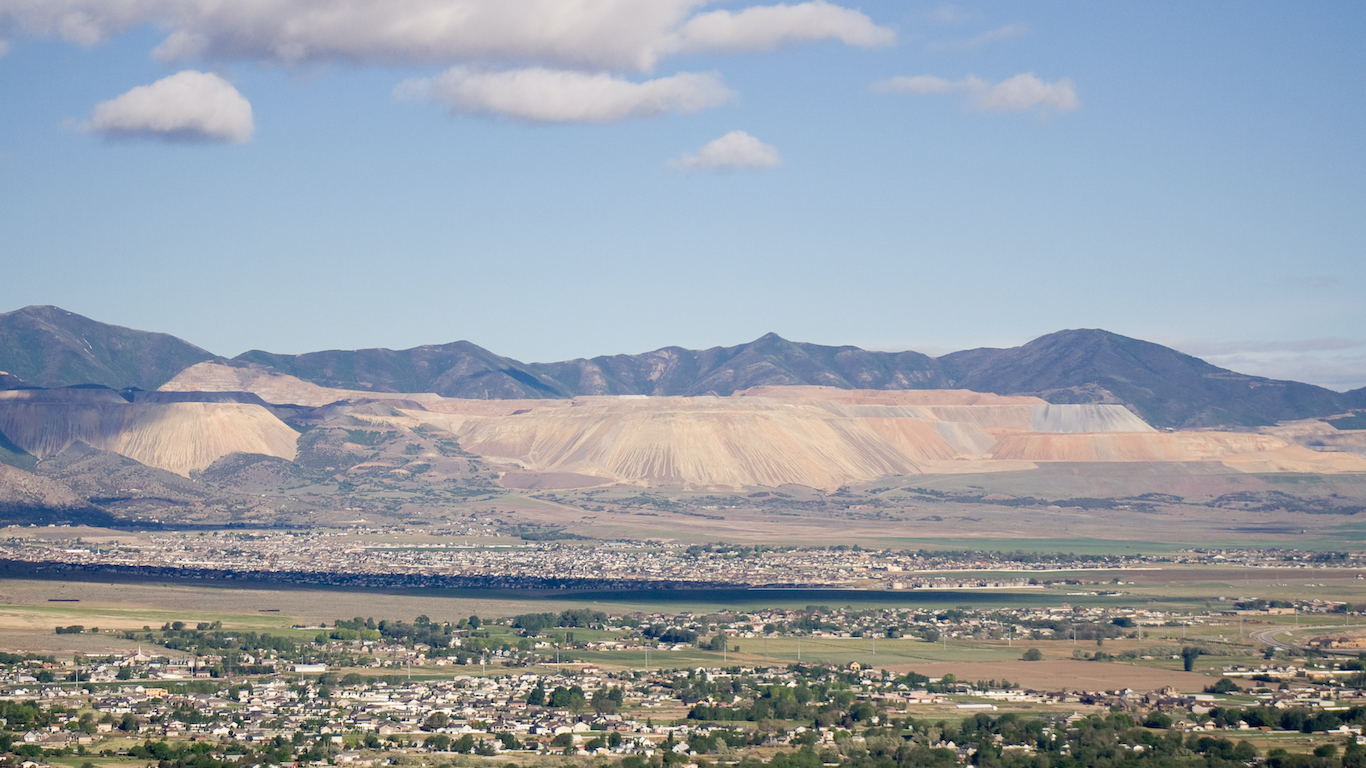 The population of West Jordan, Utah, climbed from less than 70,000 in 2000 to more than 100,000 just a decade later, a near 64% increase. According to the most recent figures from the ACS, there are nearly 112,000 people now living in West Jordan, which is just south of Salt Lake City.