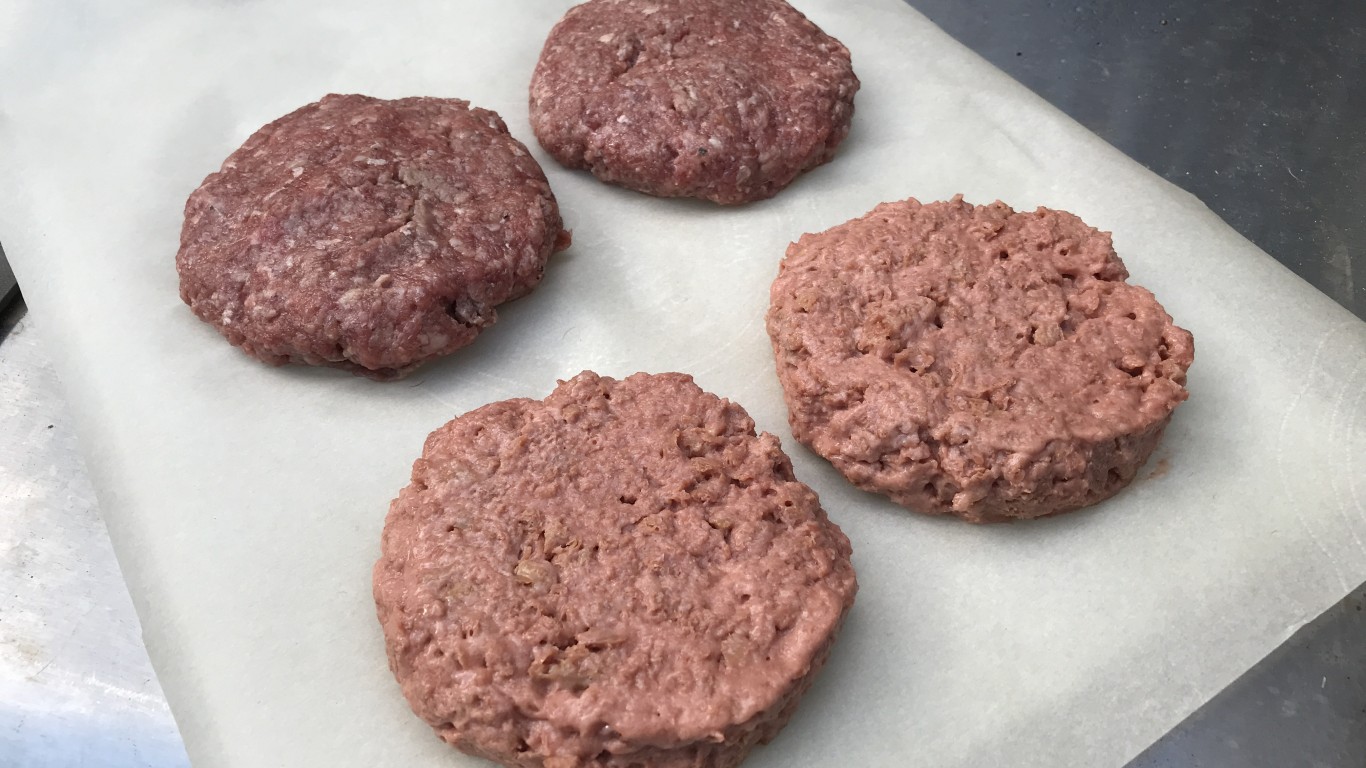 6. The rise of plant-based meat

Demand for plant-based meat substitutes has grown considerably in recent years. Growing veganism for both health and animal rights reasons, as well as concerns over the consequences of factory farming on the climate, are among the drivers of this trend.

Most Americans have likely heard of Beyond Meat burgers, which contain no meat. They are plant-based patties that include water, pea proteins, oils, rice protein, and flavors. Another meatless product, the Impossible Burger, has been a huge hit, according to Burger King, which serves it. Overall, about 95% of people who order the meatless burgers are not vegans, according to 2017 data from market researcher NPD Group.

Plant-based burgers are also becoming available in supermarkets, and Blue Apron has recently introduced Beyond Meat into its home meal kits. The global plant-based meat market is growing — it was valued at $10 billion in 2018 and is expected to reach $31 billion by 2026, according to Reports and Data, a market intelligence and strategic consulting firm. 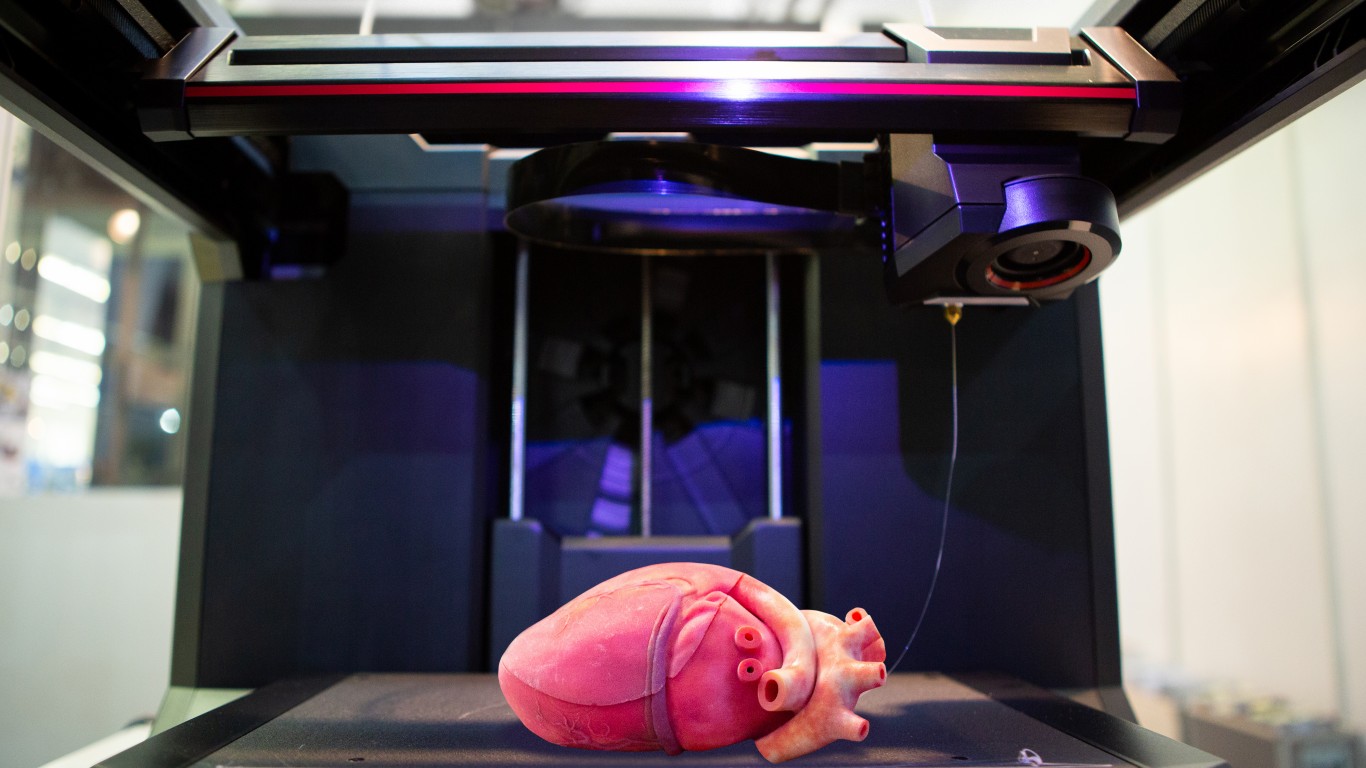 3D printing technology has improved considerably over the past few years. (Today, even low-budget 3D printers are available for anyone who can spare $100.) The technology has advanced so much that producing fully functional replacement organs from a person’s own cells seems like a not so distant possibility. Scientists at Harvard ‘s Wyss Institute have grown a heart tissue that beats just like a normal human heart.

Production for treatment is still years away, however. The technique, called sacrificial writing into functional tissue (SWIFT), has not even been tested on mice yet. But if it works, it can be used to print other organs, too, potentially saving the lives of thousands of people who are on an organ donor list. 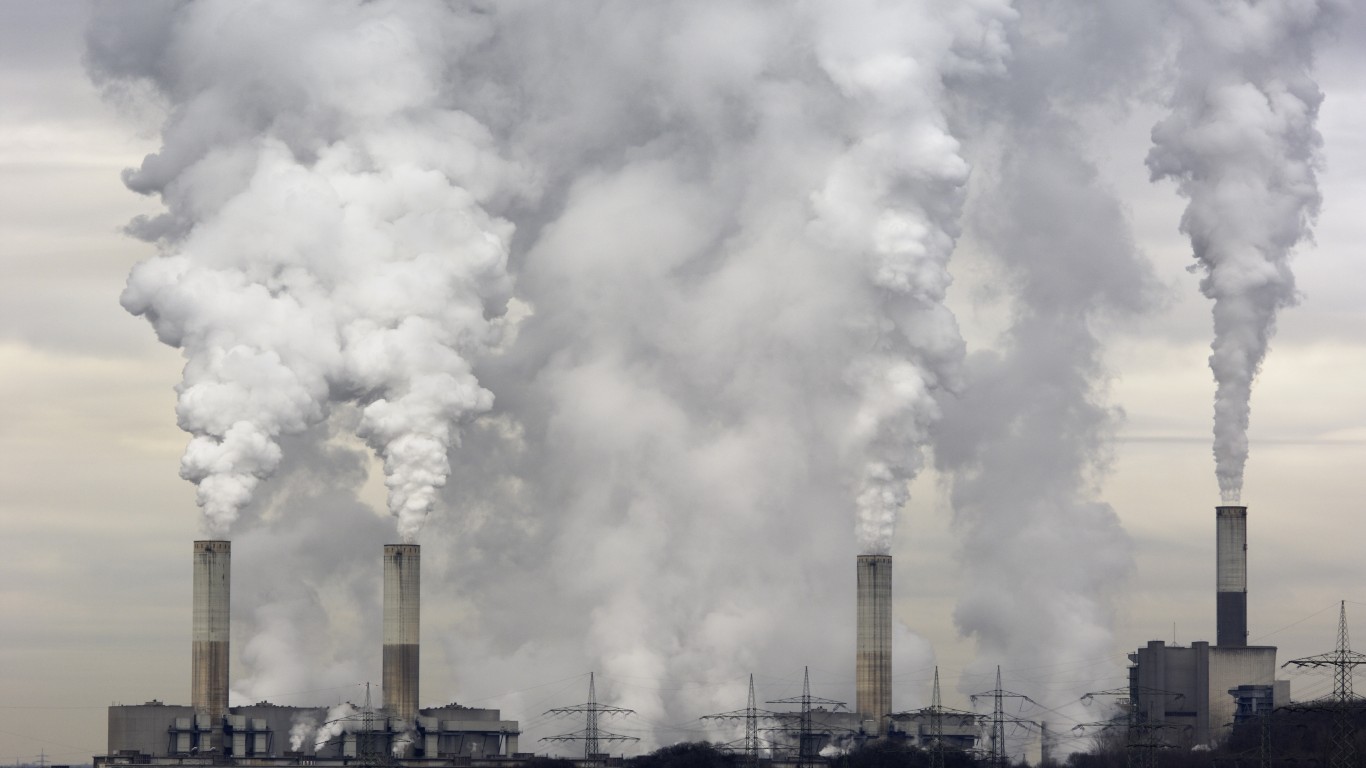 Air pollution is largely caused by the burning of fossil fuels like coal and petroleum, and although for a while it seemed like air pollution was improving in the United States, since 2016 it has worsened again. Researchers from the University of Chicago call air pollution the “world’s top killer” because it cuts global life expectancy by an average of 1.8 years per person, according to the university’s Quality Life Index.

Pollution in the form of particulate matter, ozone, nitrogen dioxide, and sulphur dioxide can make it into people’s lungs and bloodstream, worsening heart and lung diseases and even triggering a heart attack and stroke. In the United States alone, nearly 10,000 premature deaths since 2016 have been attributed to an increase in air pollution, according to the National Bureau of Economic Research.

More than 141 million Americans live in places with unhealthy levels of air pollution, according to the American Lung Association’s 2019 State of the Air report. This is significantly more than the 134 million people reported in 2018. 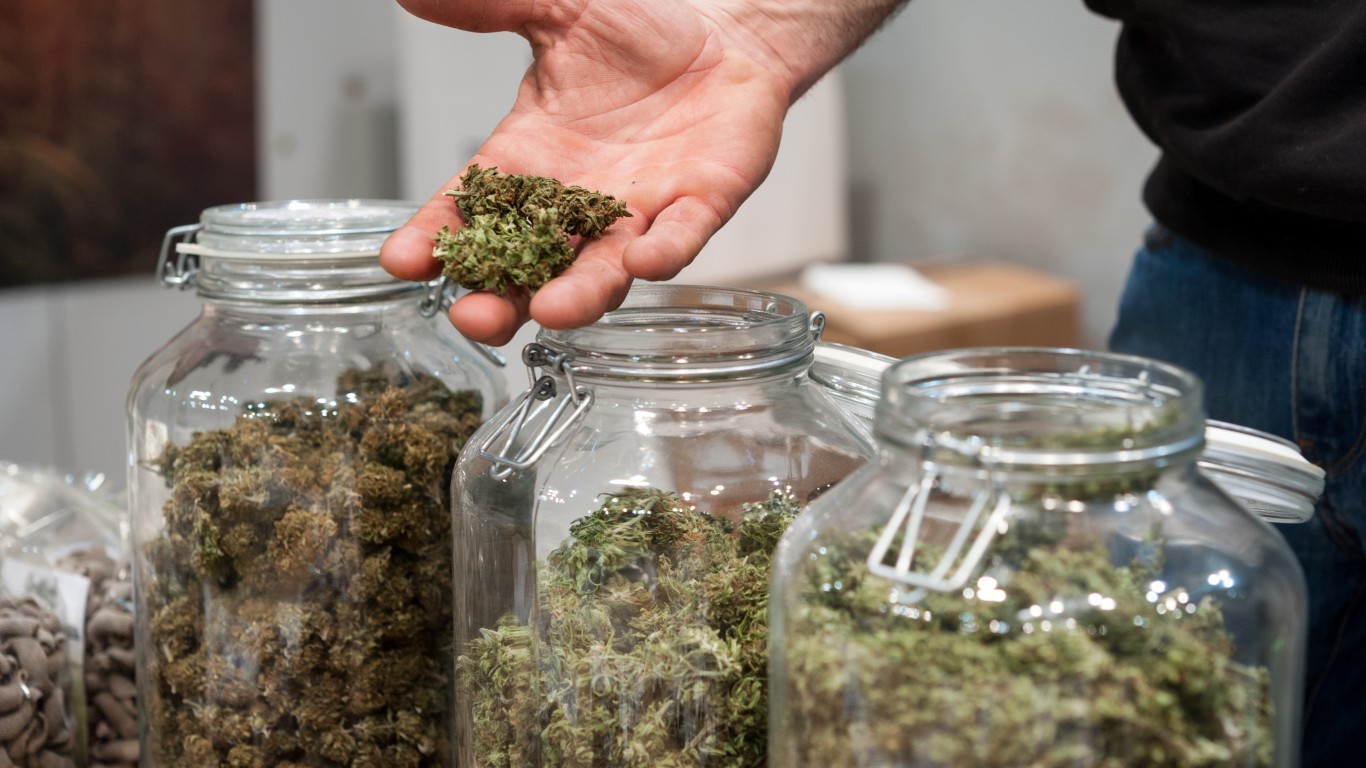 More than 37 million Americans use marijuana for either recreational or medical reasons, according to the CDC. The psychoactive drug is still illegal on a federal level but more states are loosening regulations.

Pain management is among the most common reasons for the drug’s use, but the CDC warns more studies are needed to determine if it’s actually better than other pain treatments. Also, the CDC warns, marijuana makes the heart beat faster, possibly raising the risk for stroke and heart disease.

Michigan just became the latest state to legalize the purchase of recreational marijuana. Anyone who is 21 or older can buy and possess weed. Illinois legalized marijuana in June, but recreational possession and sales will not start until the new year. Even though marijuana is still illegal at the federal level, 33 states and D.C. have legalized it either just for medical use or for recreational use as well. 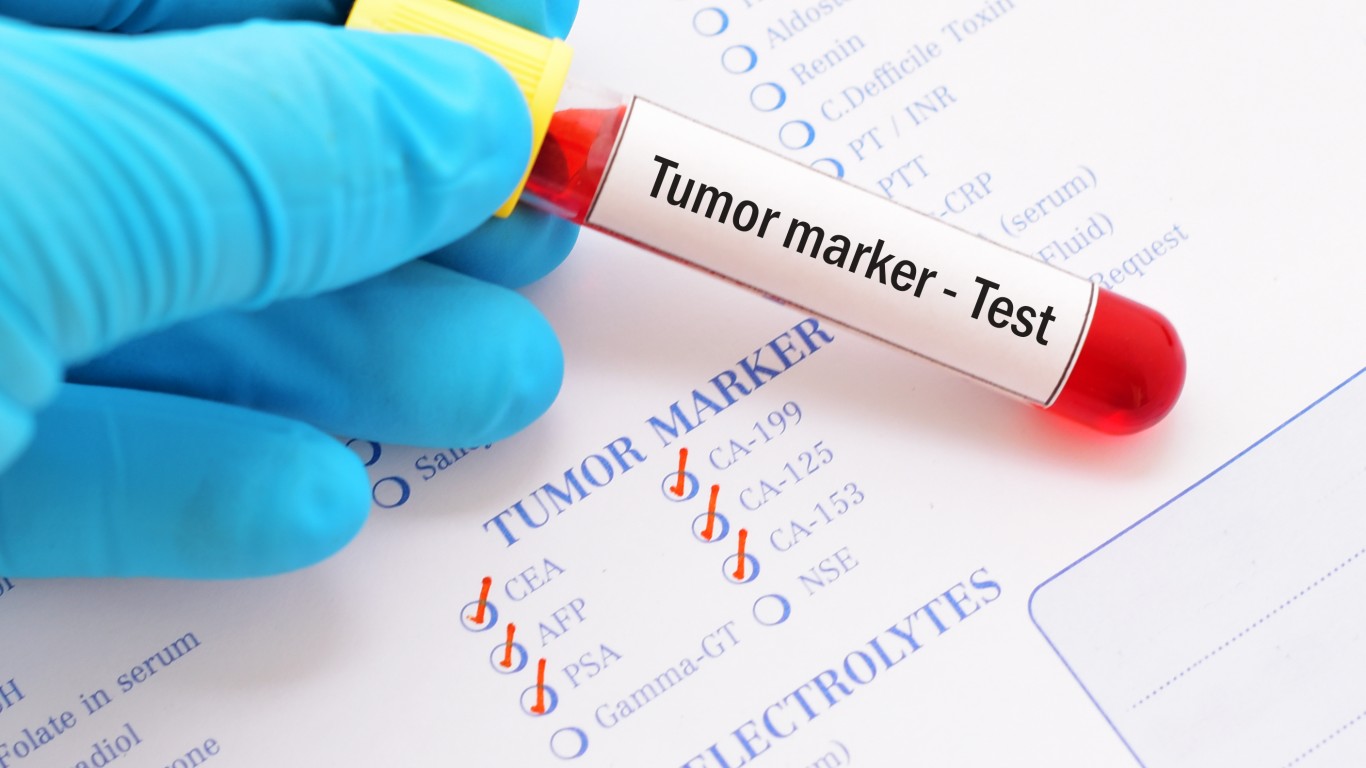 Even though deaths from breast cancer have declined, the disease remains the second leading cause of cancer death among women in the United States, according to the CDC. More than 40,000 women die from it a year.

Improved rates of early detection has helped drive up survival rates. A recent British study offers hope that the condition could now be detected five years before there are any clinical signs of it. The new method is a blood test that identifies the body’s immune response to antigens produced by tumor cells. The test may be available in clinics in about five years.