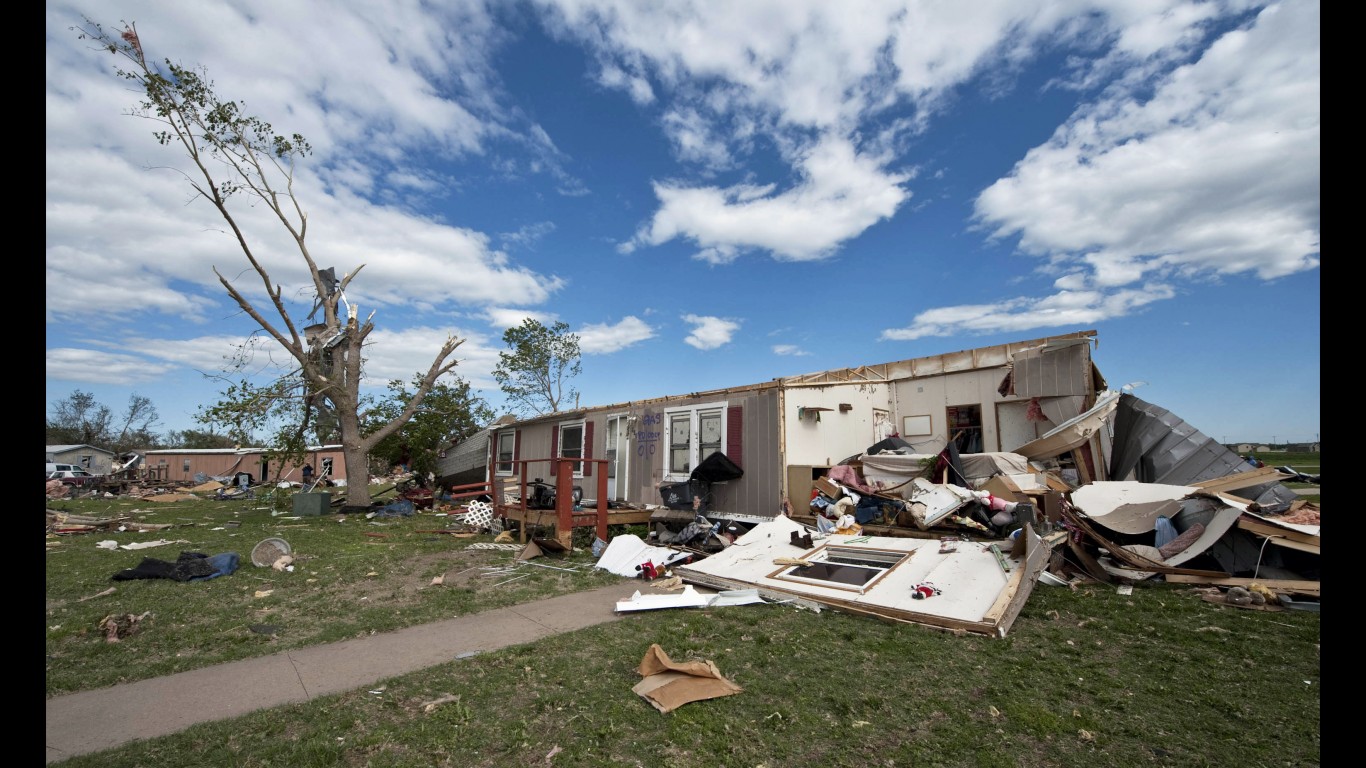 In mid-April 2012, an outbreak of 98 confirmed tornadoes tore across Oklahoma, Kansas, Nebraska, and Iowa over a two-day period. The storms left six dead in Woodward, Oklahoma, destroyed 75% of the town of Thurman, Iowa, and lead the governors of both Kansas and Oklahoma to declare a state of emergency. 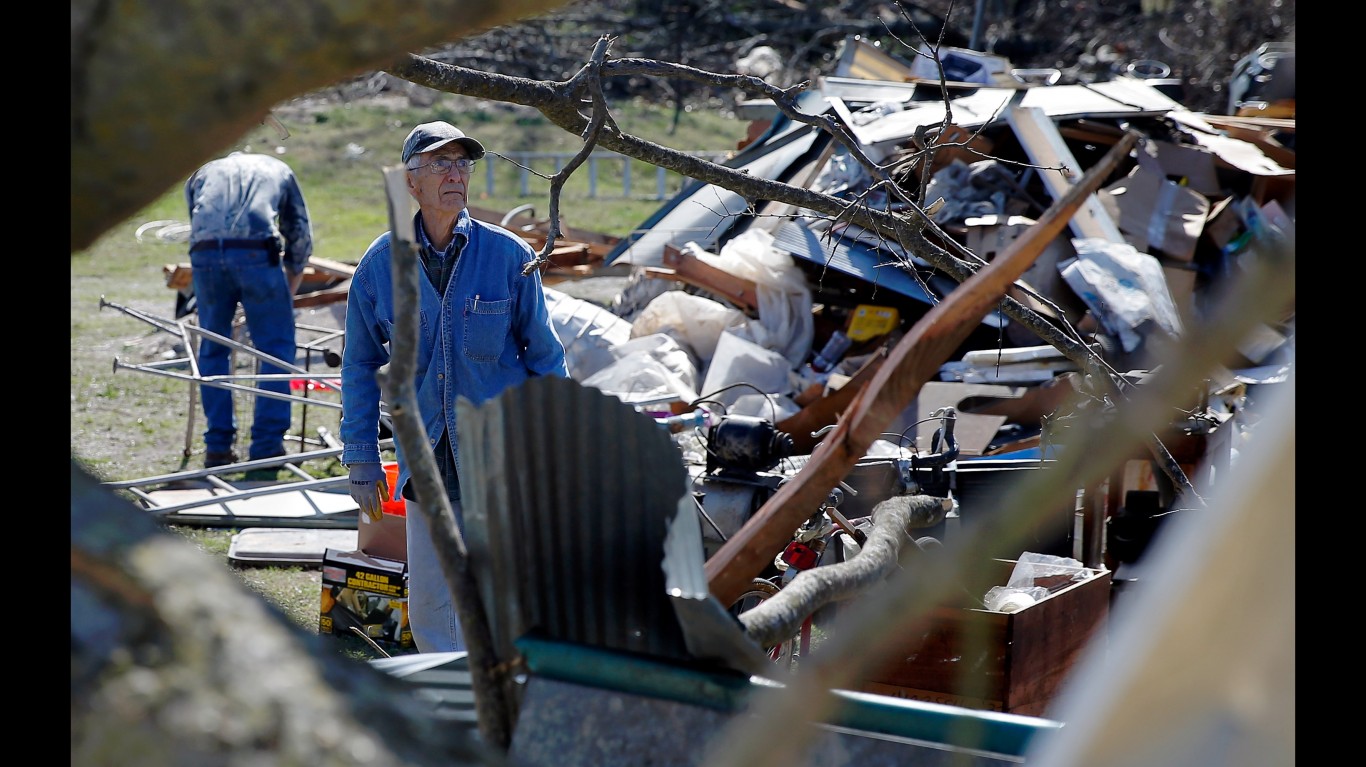 In late February and early March 2017, more than 70 tornadoes hit several southern and central states, including Missouri, Illinois, and Kentucky. The storms claimed six lives and caused nearly $2 billion in damage. It was the second largest tornado outbreak in early 2017.

ALSO READ: Beach Towns That Will Soon Be Under Water 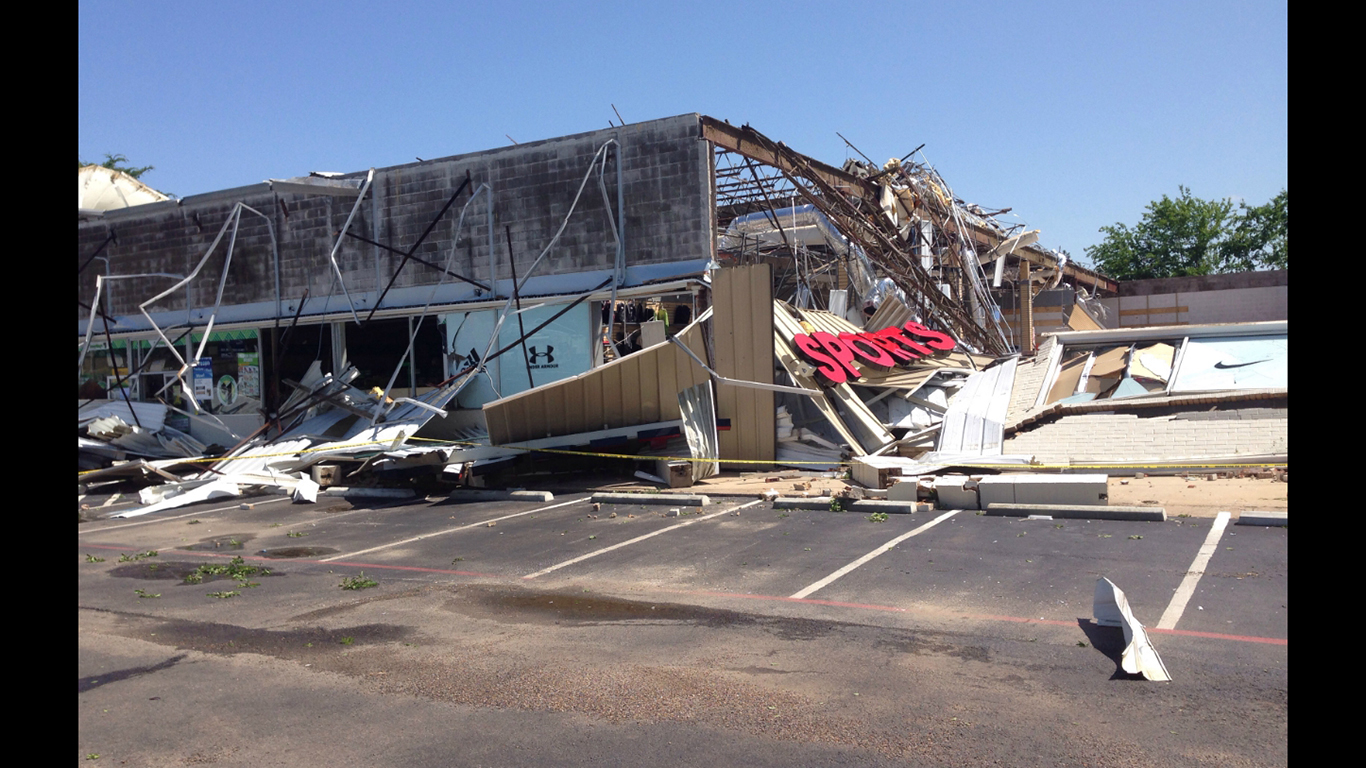 Severe thunderstorms that lasted from April 26 to May 2, 2016, left $2.6 billion in damage from hail, high winds, and tornadoes in the South and Southeastern United States. Affected states included Kentucky, Louisiana, Missouri, and Texas. 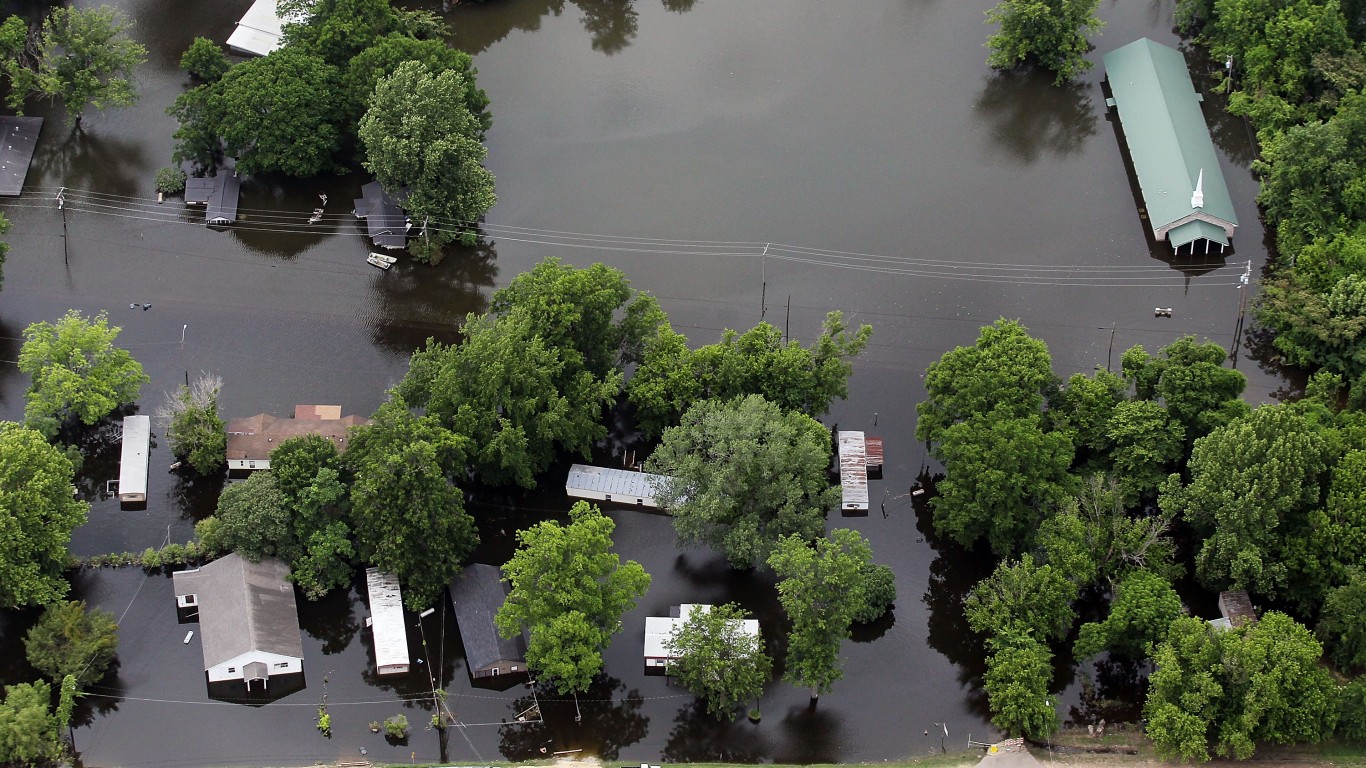 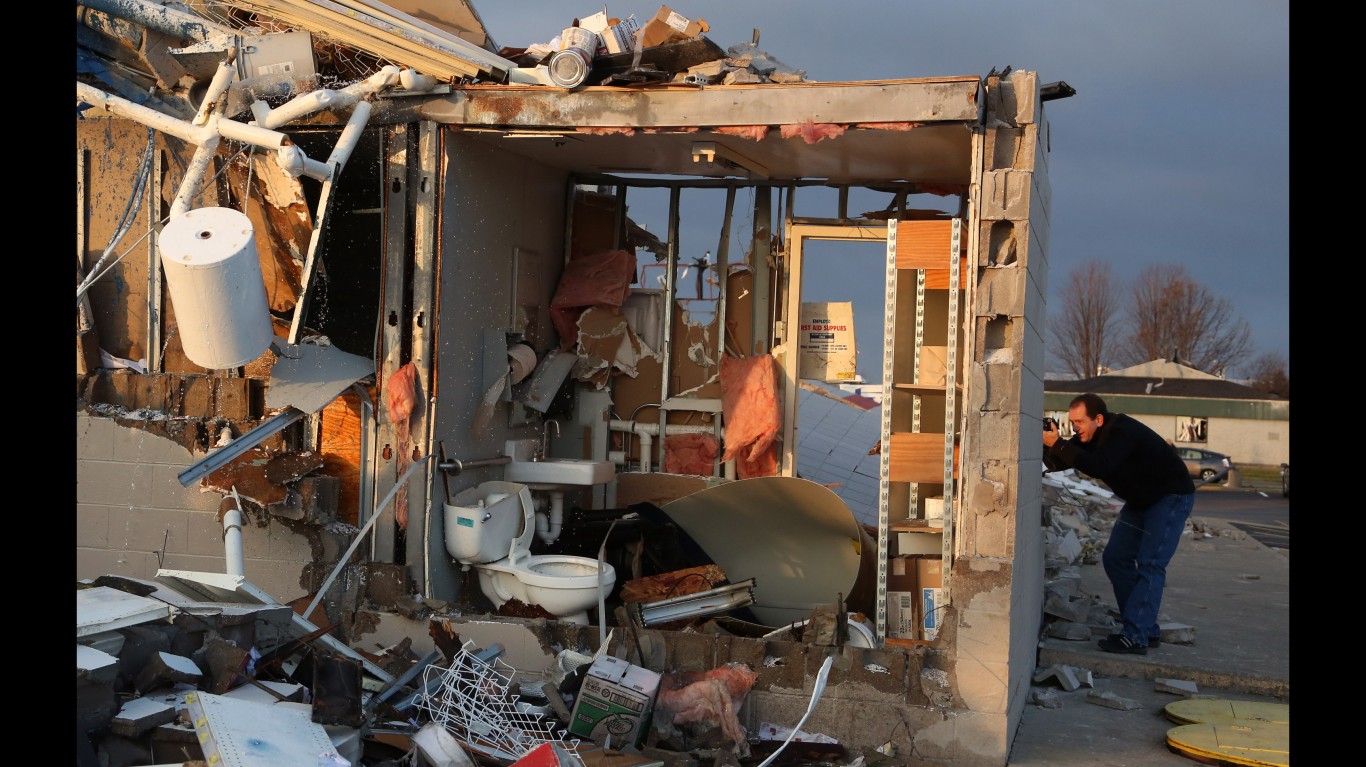 Late in the tornado season, on Nov. 17, 2013, 70 confirmed tornadoes hit the Ohio Valley, causing $1.2 billion in damage and killing eight. The tornadoes touched down in six states, including Kentucky, Michigan, Missouri, and Ohio, and caused the most damage in Indiana and Illinois.