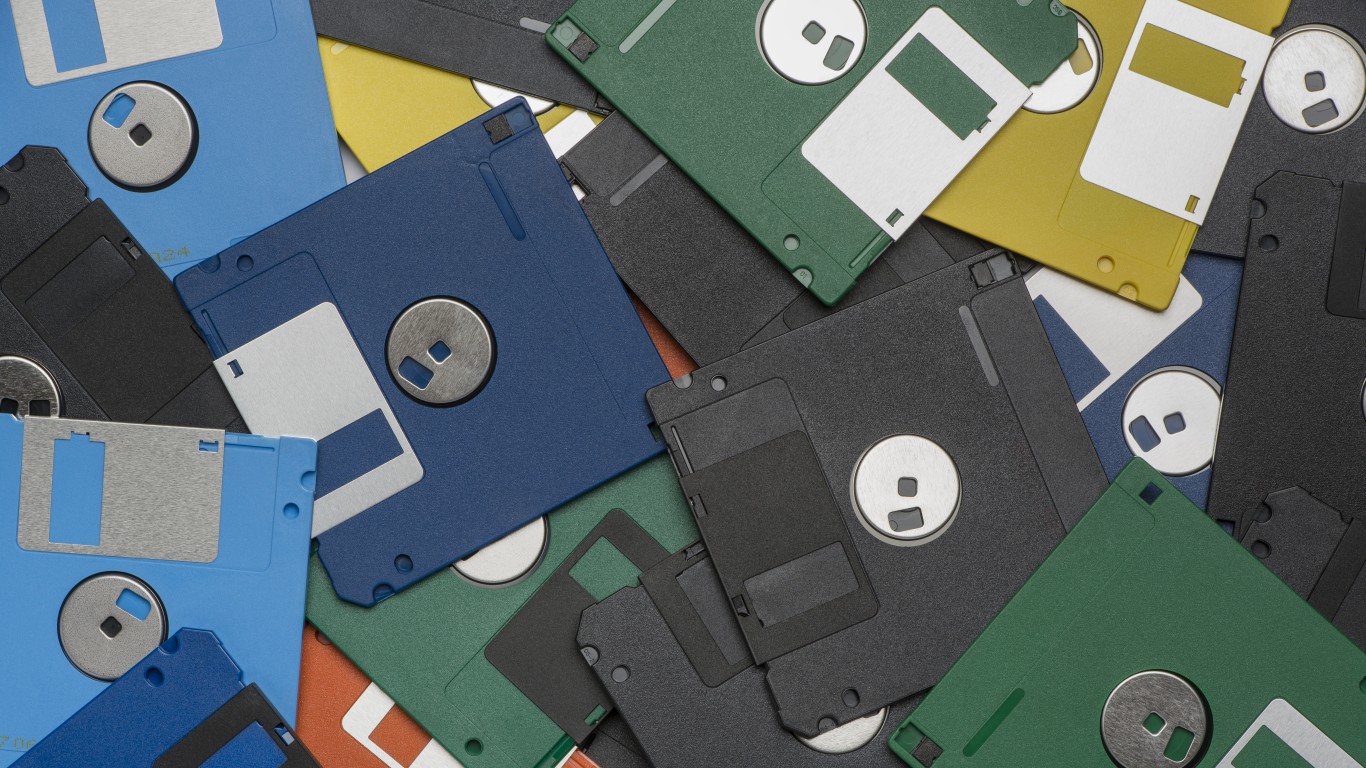 Personal home computers began to emerge in the 1970s, but many of the earliest versions resembled calculators that would plug into televisions sets. By 1977, however, the desktop home computer began to resemble the more modern versions – with an accompanying computer screen and a magnetic tape or floppy disk storage device. The Commodore PET was unveiled at the Consumer Electronics Show in Chicago that year, while the first Apple II and Radio Shack’s TRS-80 also went on sale. 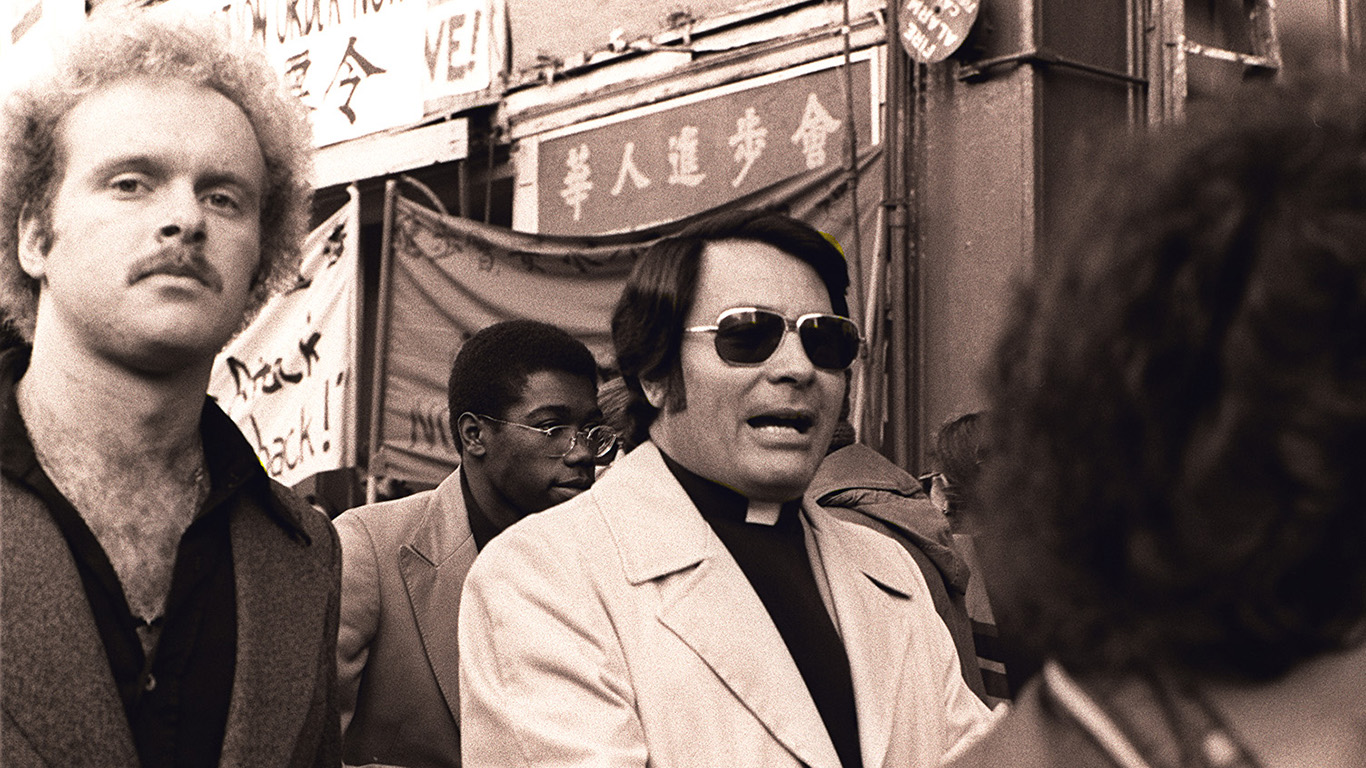 In one of the worst recorded acts of cult-related mass murder-suicide, more than 900 people died — nearly all of the victims and perpetrators drank a powdered drink mix laced with cyanide. Most of the victims were Americans, devotees of Peoples Temple cult leader Jim Jones, a former Methodist-trained preacher who built a following and led the flock to Guyana. Among the dead were 276 children. A small number of cult defectors were killed by Peoples Temple gunmen who also killed Leo Ryan, a California congressman who had gone to Guyana to investigate Jonestown. 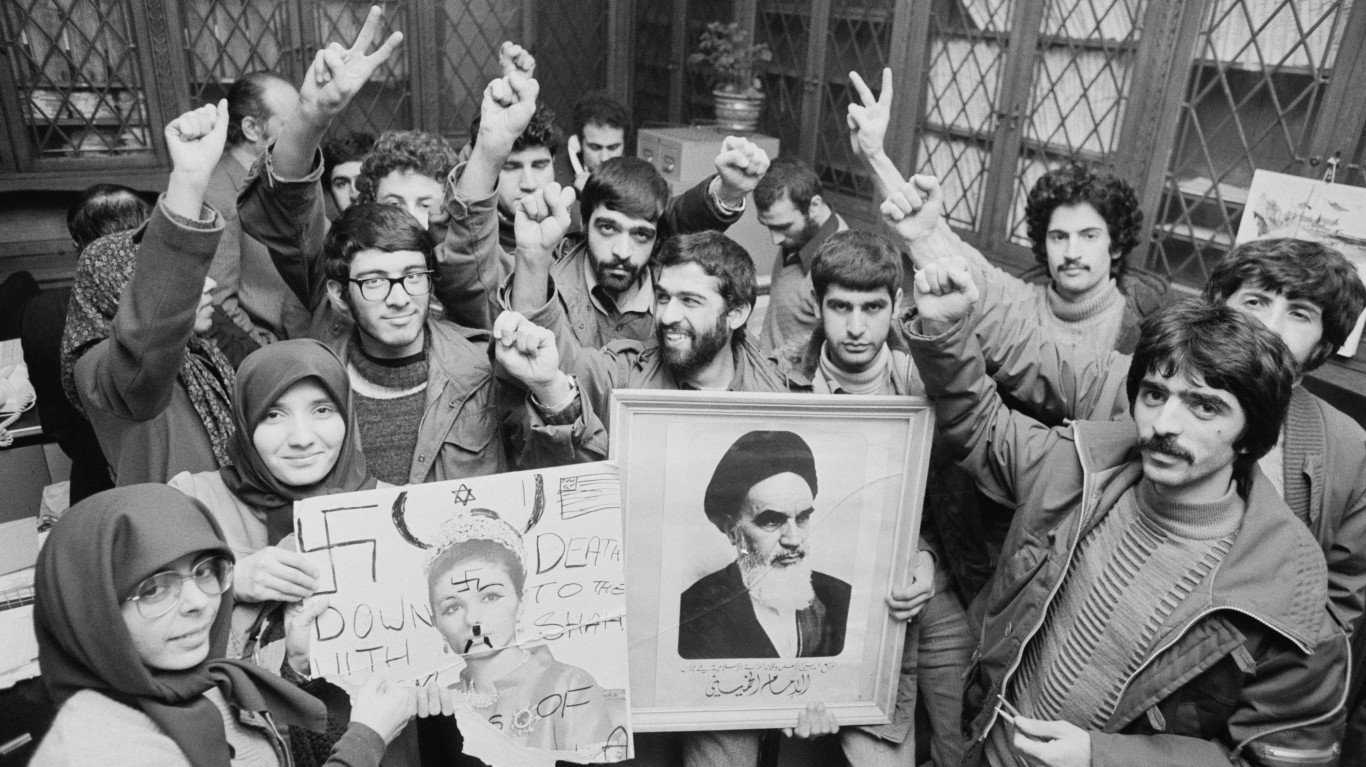 Worsening economic conditions in 1970s Iran, as well as increasing discontent with the government and wide support for religious leader in exile Ayatollah Ruhollah Khomeini led to a popular uprising that ended the reign of Mohammad Reza Shah Pahlavi. The shah and his family fled Iran in January 1979, and on Feb. 11, the monarchy was dissolved. On April 1, Khomeini declared Iran an Islamic republic. With support among the nation’s clergy and their many followers, Khomeini began rebuilding Iranian society based on conservative Shiite religious principles. In November, a mob raided the U.S. embassy, taking more than 60 Americans hostage. The crisis would be influential in the following year U.S. presidential election and would not fully resolve until January 1981. 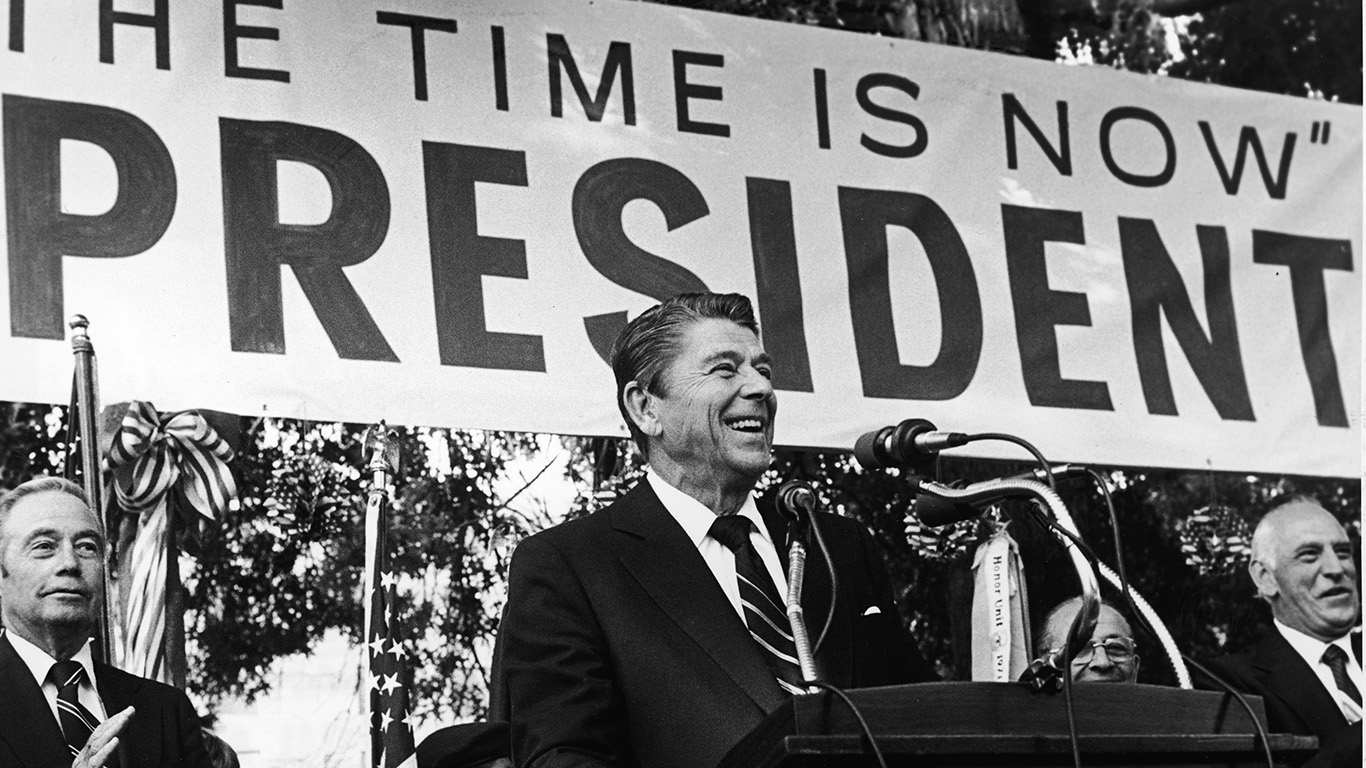 With the United States in an economic malaise and the Iranian hostage crisis hobbling the presidency of Jimmy Carter, Ronald Reagan was elected the 40th president in a landslide. Reagan, who would serve two terms, was the oldest man elected president at the time. Reagan’s election changed the trajectory of American politics, ushering in an era of conservative leadership. During his tenure, Reagan took a more aggressive approach to the Soviet Union and increased defense spending. Reagan convinced Congress to cut taxes, a move that many economists credit with triggering an economic boom in the 1980s. 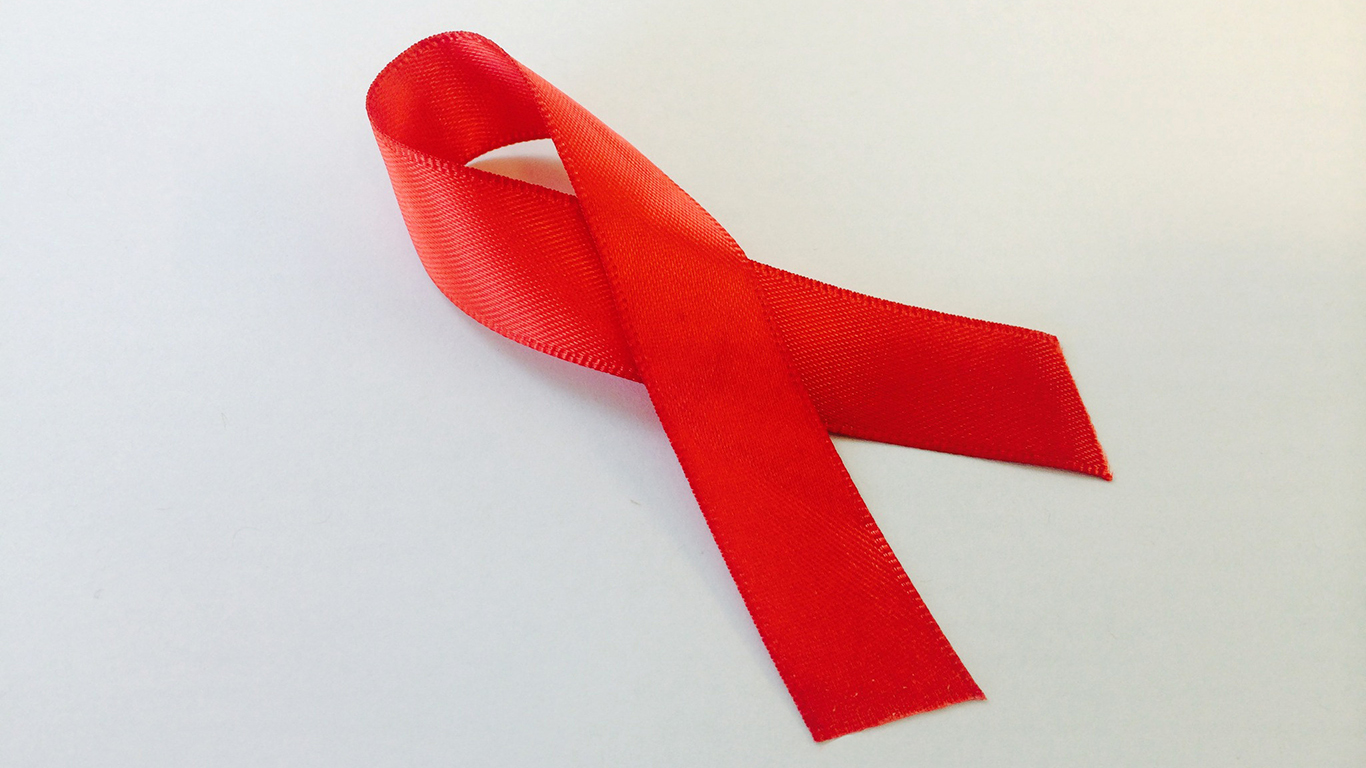 The U.S. Centers for Disease Control and Prevention published a report about five gay men who had been diagnosed by local physicians with a rare form of pneumonia — the first reported U.S. cases of what would later become known as HIV/AIDS. The infectious autoimmune disease was spreading so fast that by the end of 1982, 500 Americans would die from what the CDC later called acquired immune deficiency syndrome, or AIDS. The death toll would rise to 5,000 by 1985. 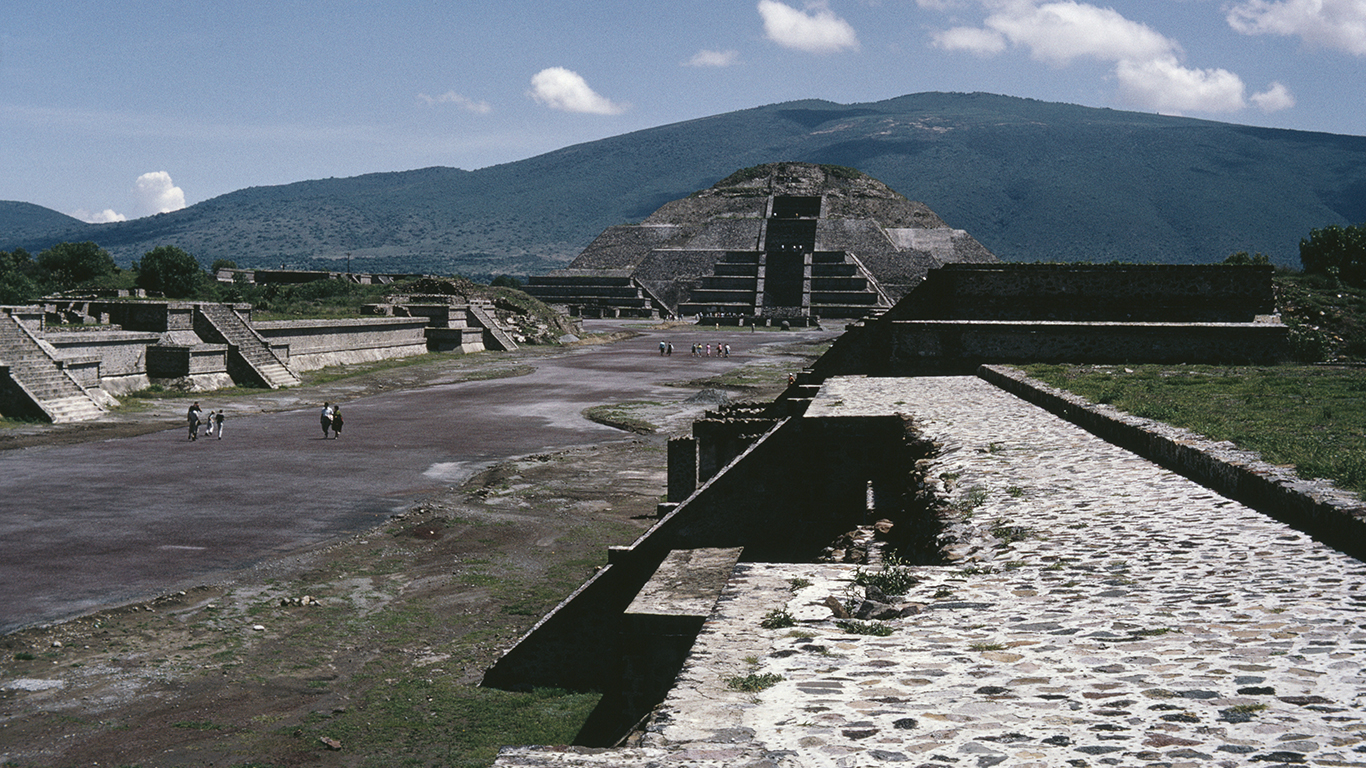 Global economic stagnation in the 1970s and early 1980s, as well as excessive borrowing among Latin America’s biggest economies, boiled over when Mexico’s Finance Minister Jesús Silva-Herzog told the U.S. Federal Reserve his country could no longer service its debt of $80 billion. After the announcement, lenders realized virtually every country in Latin America, led by Brazil, Argentina, and Mexico, was not able to pay back loans. The crisis would lead to years of eroding wages, weak to negative economic growth, sky-high unemployment, severe austerity measures, and political instability — known as the “lost decade” in Latin America. 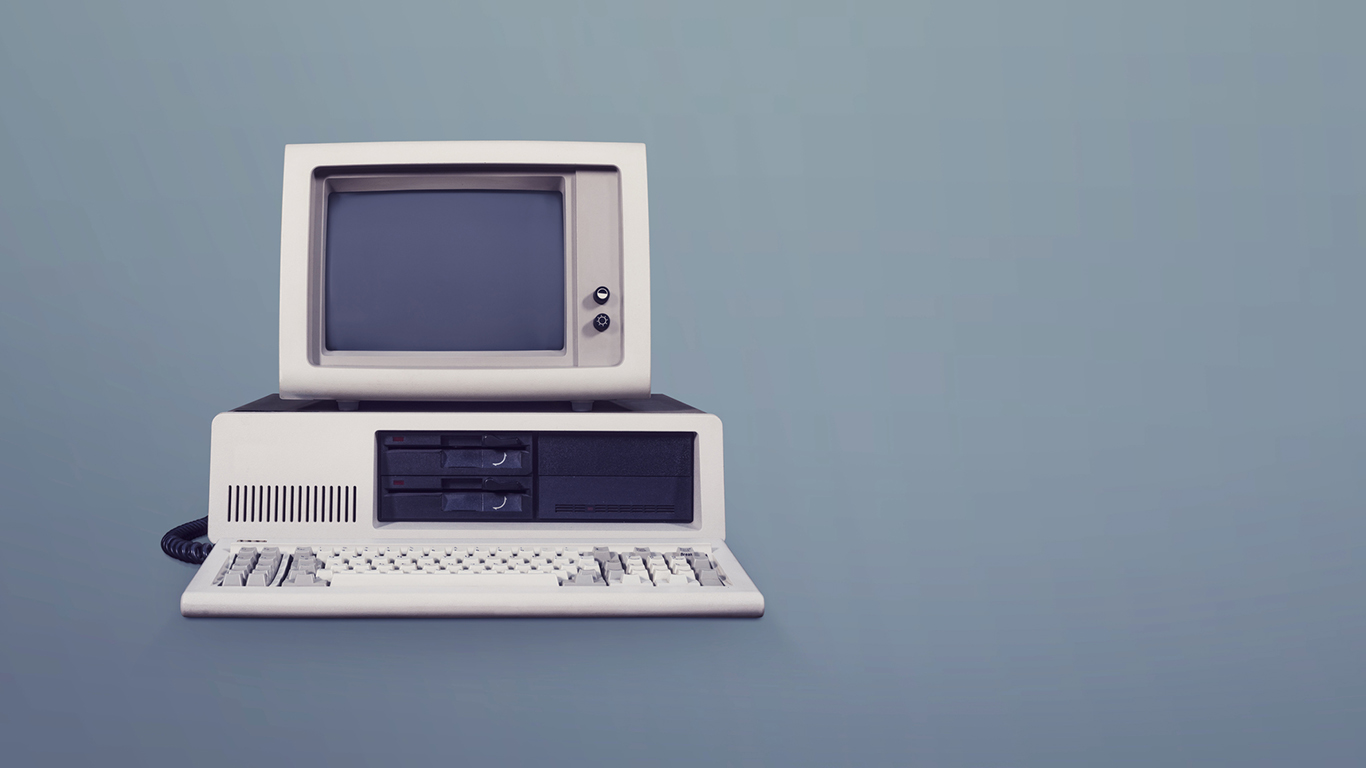 The internet as we know it today – a seemingly endless collection of websites hosted on servers scattered across the globe – was still more than a decade away in 1983. At the beginning of the year, however, the Advanced Research Projects Agency Network (ARPANET) — a small network for academics and researchers — transitioned to the standard TCP/IP protocol of the World Wide Web. The protocol would become the internet’s cornerstone and technical foundation as it allows expanded available address space. The protocol also decentralizes the network, thus also expanding accessibility. 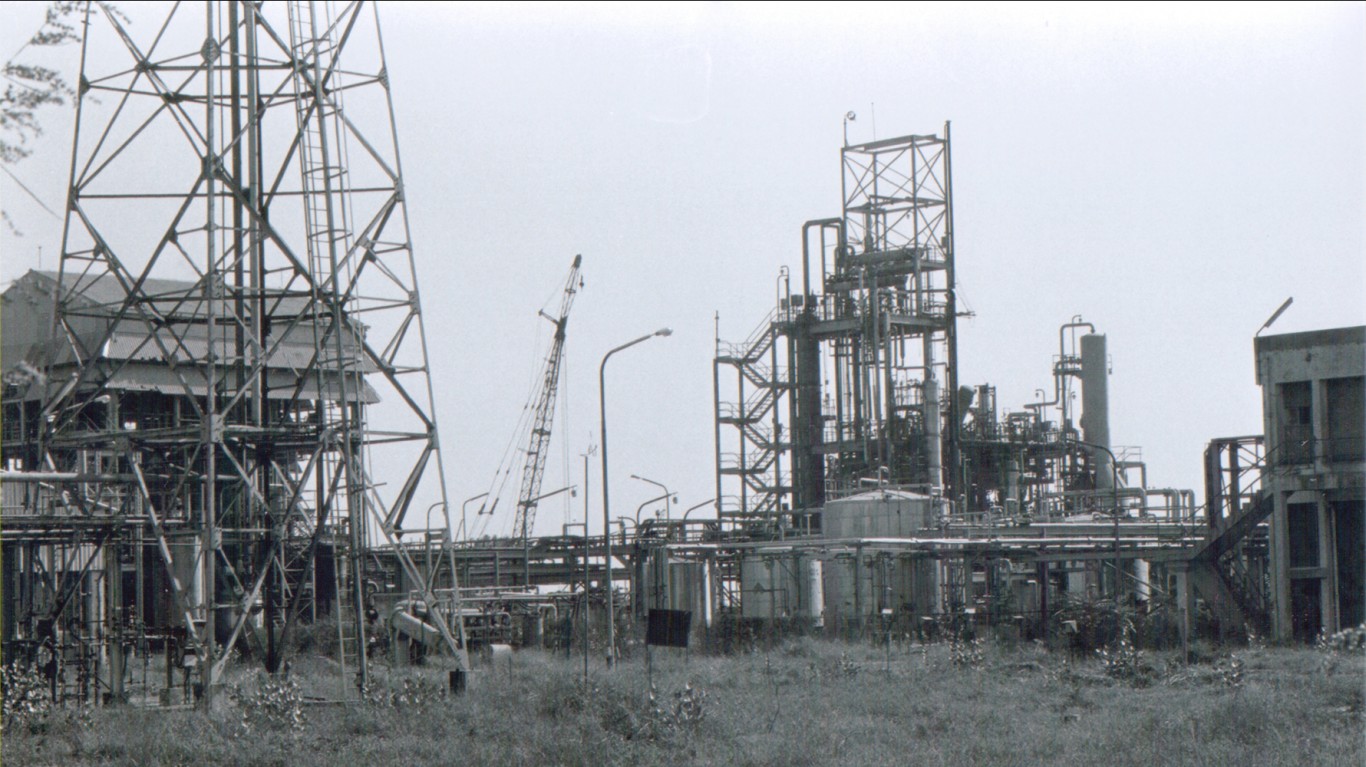 The chemical disaster in Bhopal is still considered history’s worst industrial disaster. About 30 tons of methyl isocyanate, an industrial gas used to make pesticide, were released at a Union Carbide Corp. plant. About 600,000 poor residents of nearby shanty towns were exposed to the highly toxic compound. The gas killed about 15,000 people and countless farm animals, according to Indian government estimates. The calamity also led to a generation of birth defects. To this day, locals claim the now-abandoned site is riddled with toxic materials left behind by Union Carbide, which was acquired by Dow Chemical in 2001. 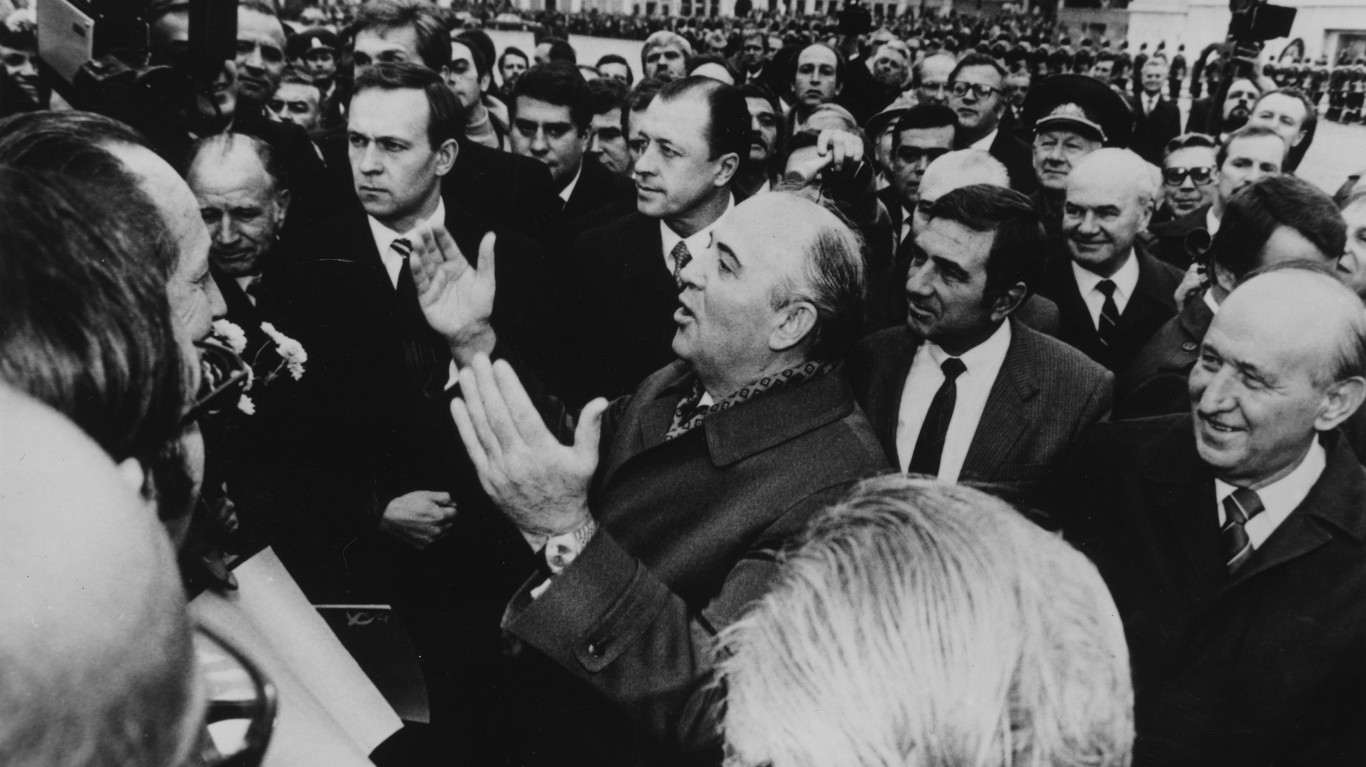 Despite his often bellicose criticism of the Soviet Union, Reagan agreed to meet with his counterpart, Mikhail Gorbachev, in Geneva in the first meeting between leaders of the Cold War foes in nearly a decade. Though the meeting yielded little of substance, it initiated a closer relationship between the two men, who both seem committed to scaling back the nuclear arms race between the two nuclear superpowers. 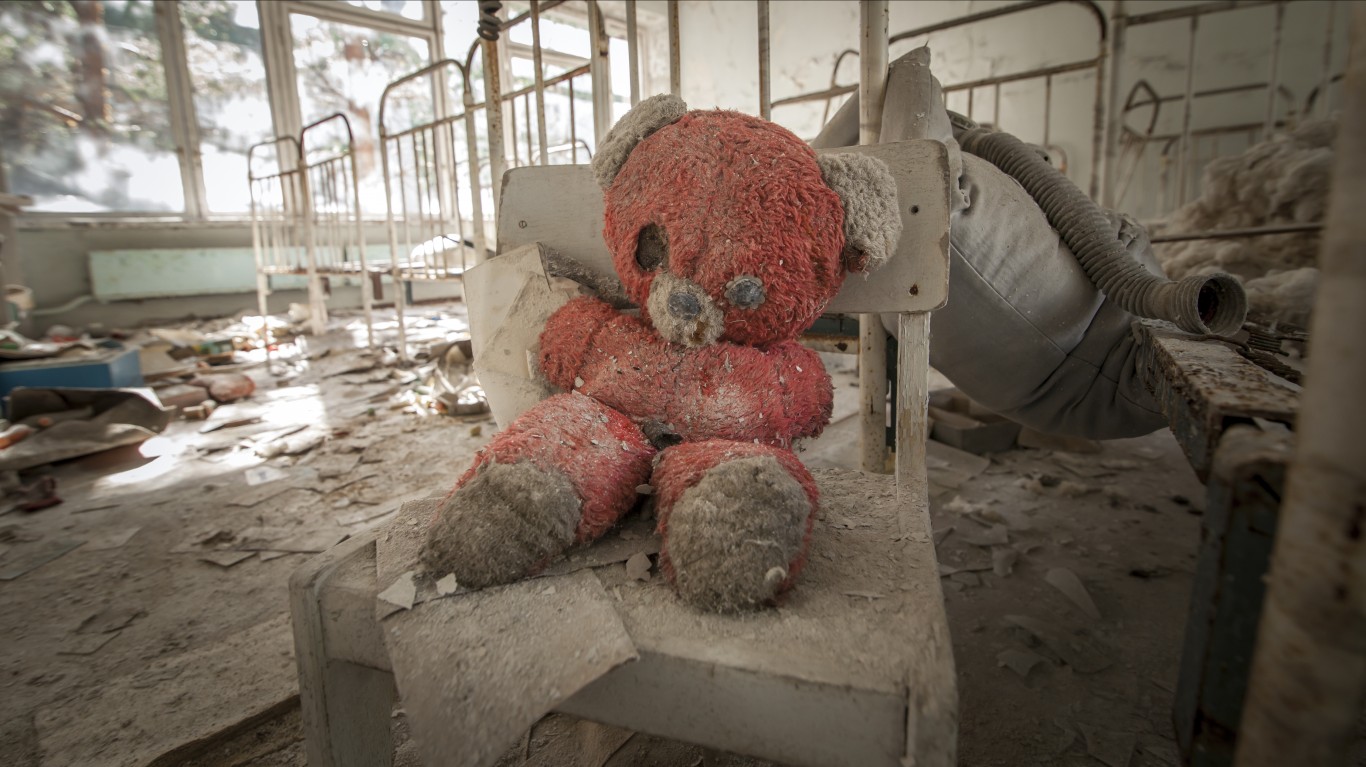 A combination of poor design and human error led to a power surge in a reactor in the Chernobyl nuclear power plant and to a massive explosion that put highly radioactive material into the air. Soviet officials tried to cover up the incident, but Swedish scientists noticed the increased levels of radioactivity. It took a little over a week for the radioactive emissions to be contained, but by then radioactive particles had already spread thousands of miles by wind currents to countries as far away as France. With the area around the plant deemed unsafe, the government created a 1,600 square mile area “exclusion zone,” and more than 220,000 people had to be resettled. The radiation caused deformities in nearby livestock and cancer in many people near the blast. Though exact figures are hard to come by, the UN reported years later there were over 20,000 cases of thyroid cancer in children who were in the affected areas. The Chernobyl disaster is still considered the worst nuclear power failure in history.