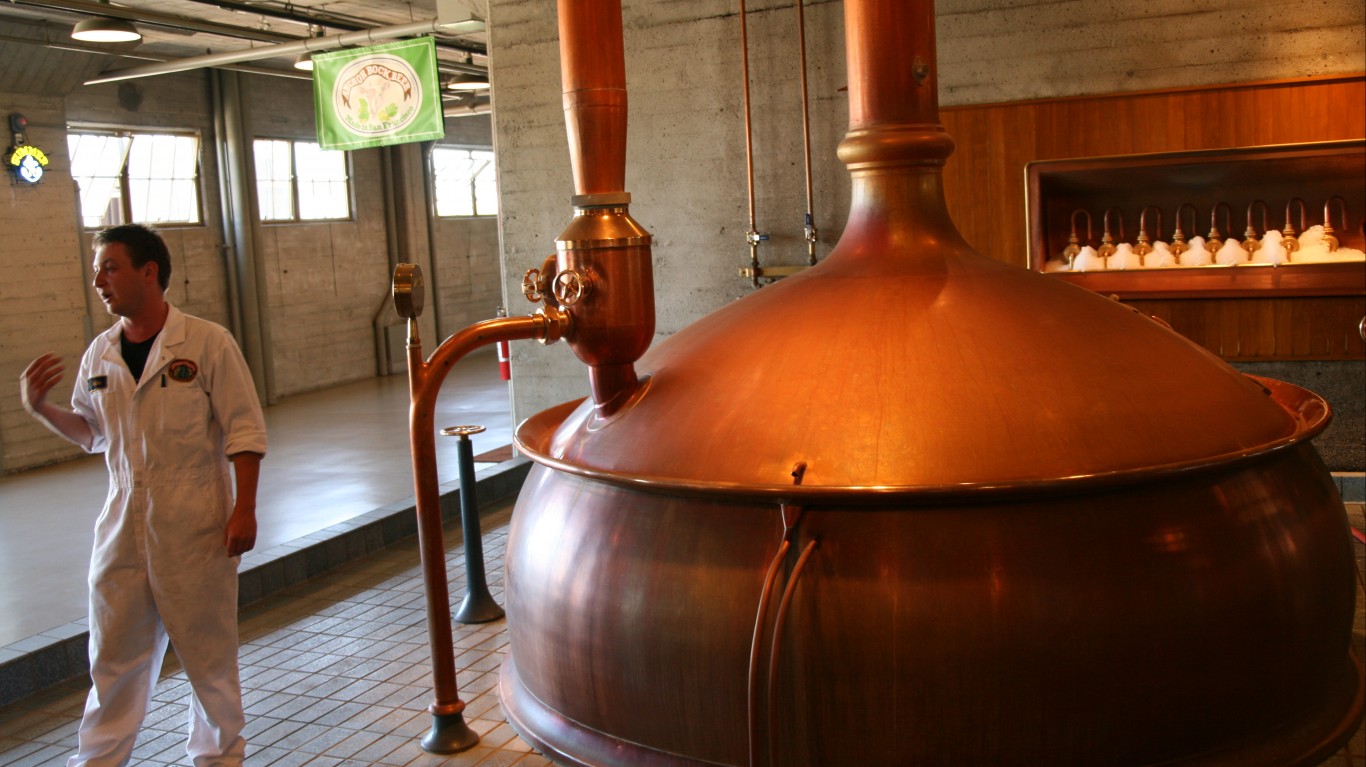 Anchor traces its origins to a brewery established by a German immigrant named Gottlieb Brekle in 1871, but the first bottled Anchor Steam Beer didn’t appear until a century later. The beer selection expanded over the years to include such landmarks as Anchor Summer Wheat, the first American wheat beer since Prohibition, and a one-time-only beer called Ninkasi — an attempt to reproduce a 4,000-year-old Sumerian beer. 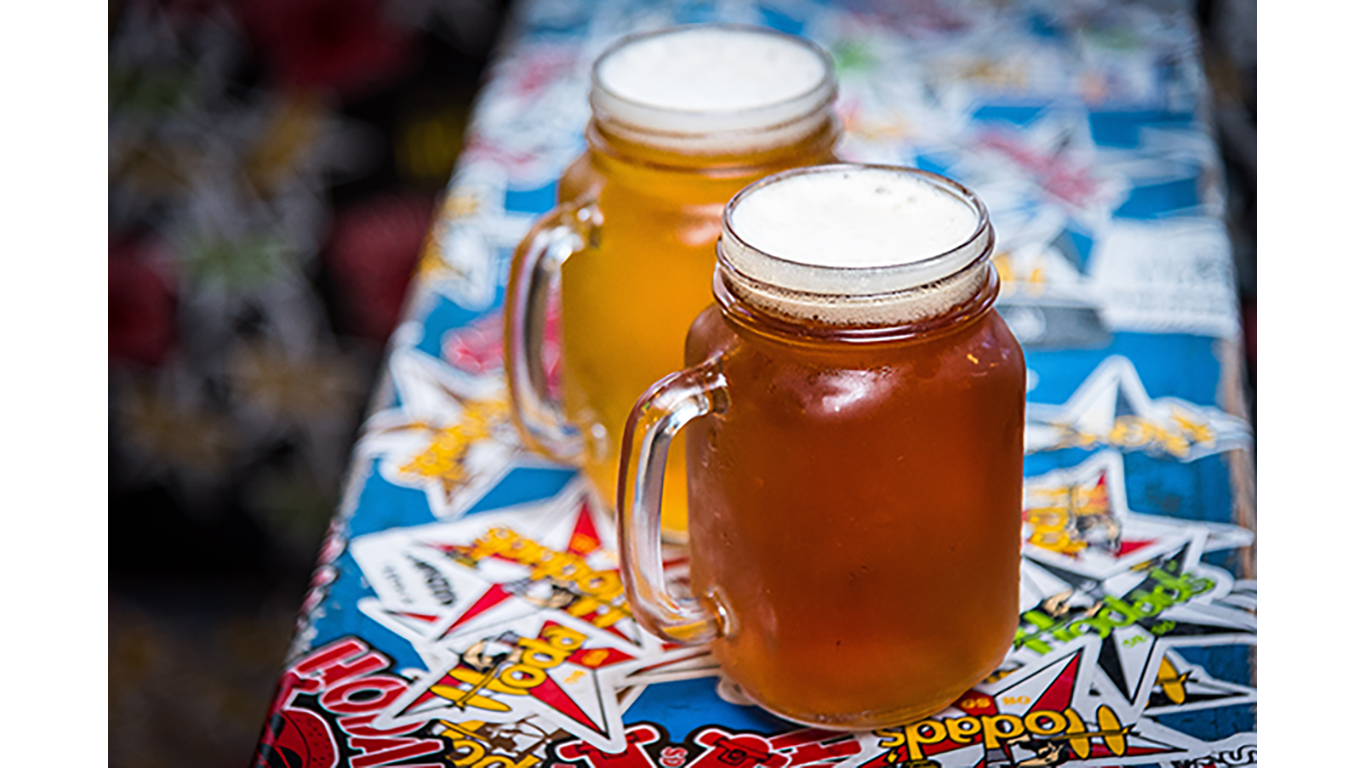 Hodad’s is a brand extension of the small local burger chain of the same name, which dates from 1969. (“Hodad” is old surfer slang for a surfer wannabe.) The brewery supplies craft beers to the restaurants, including five seasonal locations inside Petco Park, home field for the San Diego Padres. The beers include Tablista (a Mexican-style lager called Tavlista), Boss Brew KÃ¶lsch (a German-inspired golden pale ale), and Hodaddy Hefeweizen (an unfiltered wheat beer).

24/7 Wall St.
The Price of Beer the Year You Were Born 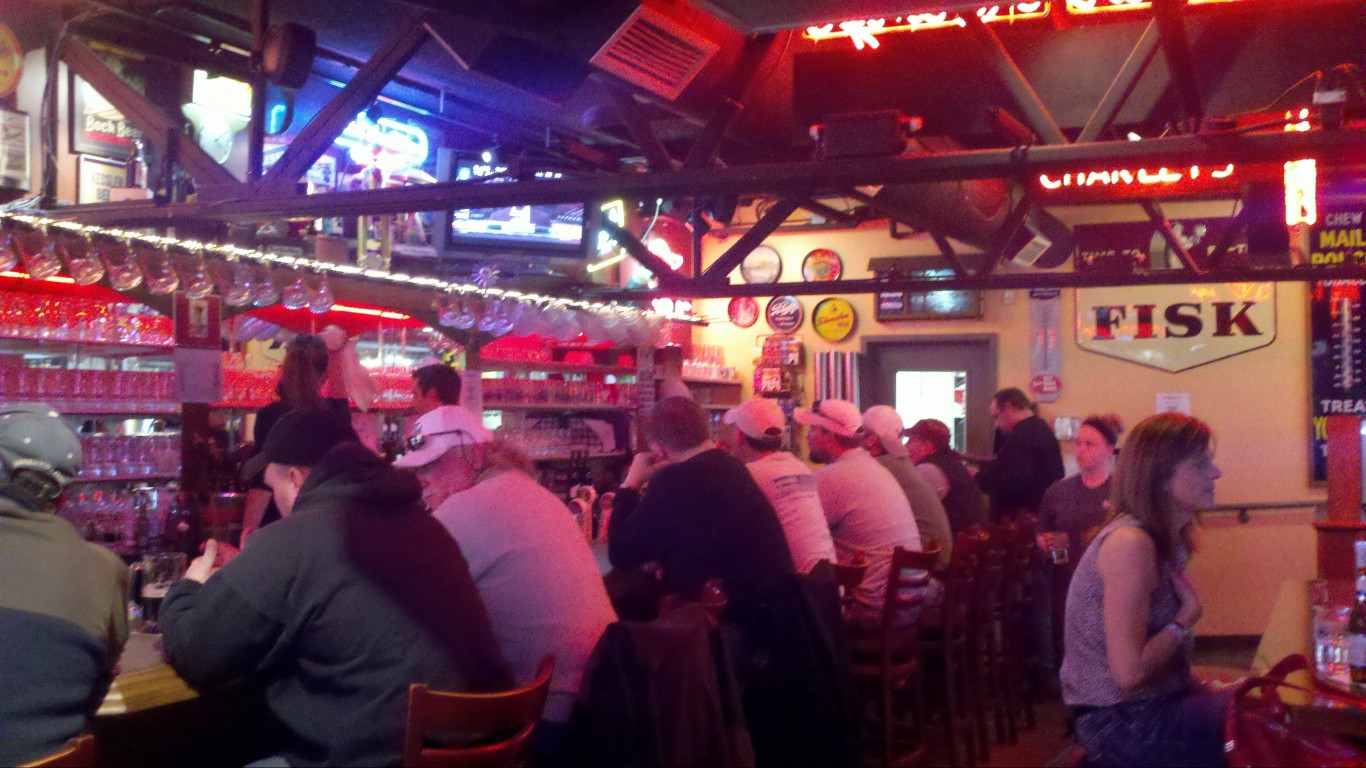 Home brewer Max Pigman bought Helena’s Sleeping Giant Brewing Company in 2001, changing the name to honor 19th-century explorers Meriwether Lewis and William Clark four years later. He operated the brewery and a taproom at the original location for about nine years before moving into an old paint factory and expanding his brewing operations. Beers honor the history and landscape of the region, with names like Mt. Edith Barleywine, Meriwether IPA, and Yellowstone Golden Ale. 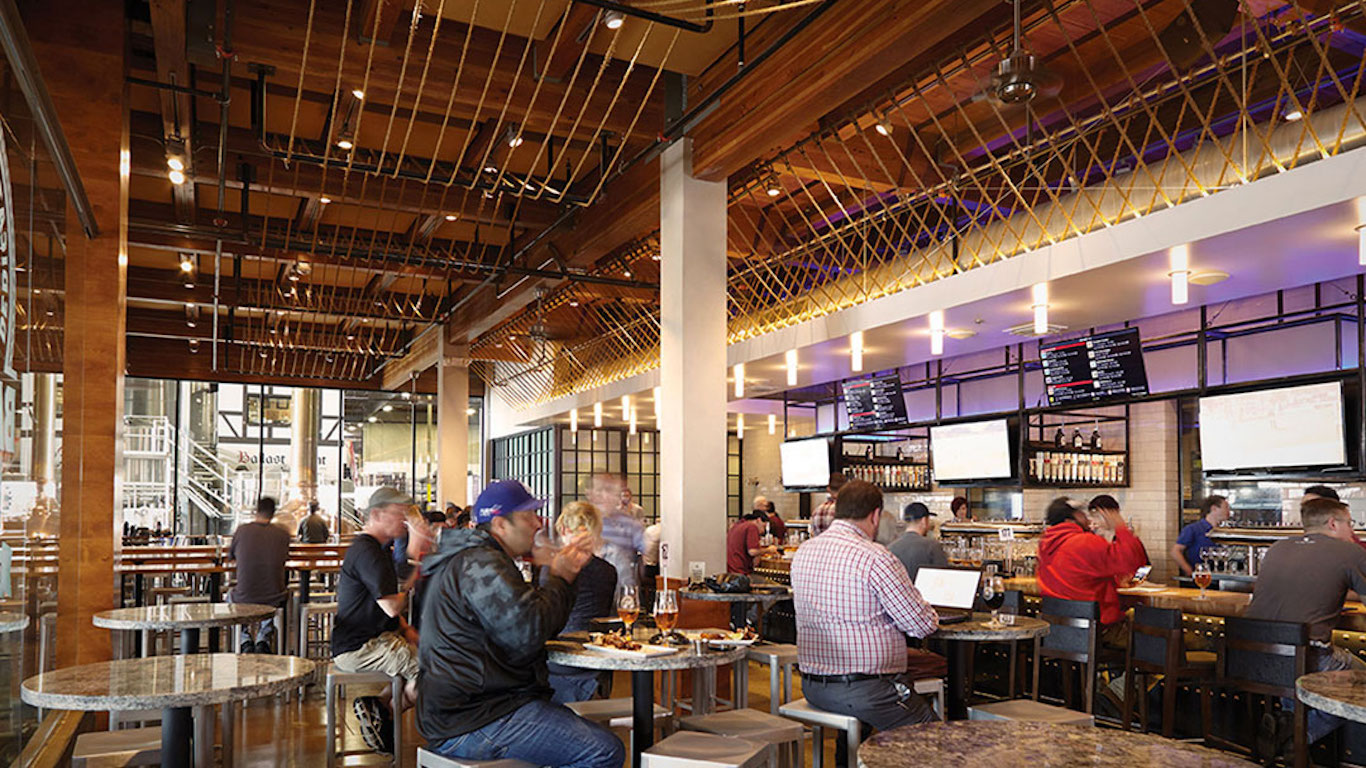 Started by a group of San Diego home brewers in 1996, Ballast Point subsequently opened three tasting rooms in its home city, as well as one each in Anaheim and Long Beach, California, and another in Chicago. After it was purchased by the massive Constellation Brands, an additional tasting room and brewery were established in Virginia, but that is now closed. Constellation subsequently sold Ballast Point to Kings & Convicts, a small Illinois craft brewer. 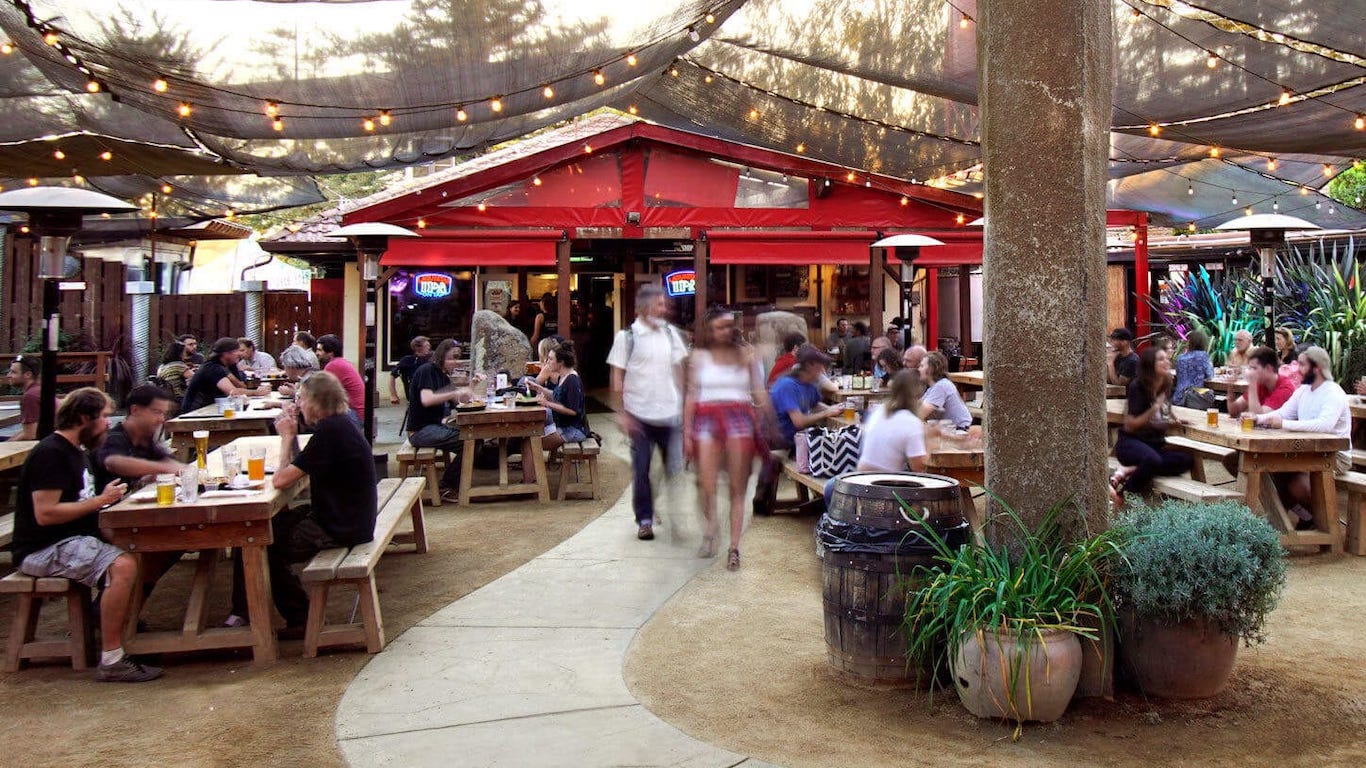 This brewery’s founder, Tony Magee, started making beer with a stovetop homebrew kit in Northern California in 1993. His early efforts, he admits, “ranged from vile and repugnant, to delicate and exceptional.” As his enterprise grew, he moved first to an old storage shed, then to a full-scale brewery, later opening a second brewery in Chicago (see No. 11) and brewpubs in Seattle and Azusa (near Los Angeles). In addition to the well-known Lagunitas IPA, offerings include everything from a low-cal, low-carb IPA called DayTime to Cherry Jane Sour Ale, brewed with Turkish delight cherry juice.