Glen Campbell is one of the most successful country crossover artists in history. He hosted his own variety series, “The Glen Campbell Goodtime Hour,” from 1969 to 1972. The guitar-strumming singer from Delight, Arkansas, had 26 Top 10 hits on the Billboard Hot Country Songs chart, including five that reached No. 1. Among those chart-toppers was the massive crossover hit “Rhinestone Cowboy.” Other No.1 songs include “Southern Nights” and “Wichita Lineman.” The multiple-Grammy winner died of complications from Alzheimer’s disease in 2017. 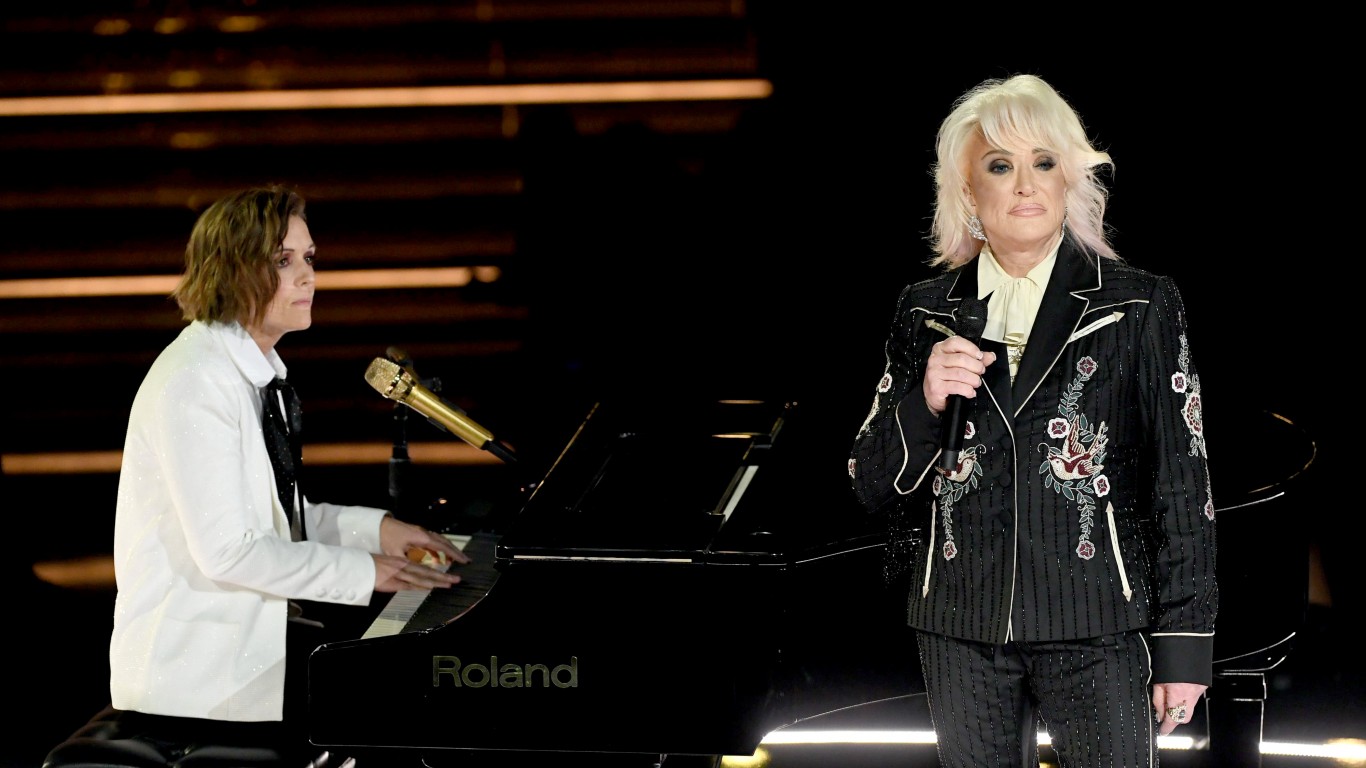 Tanya Tucker was only 13 years old when she scored in 1972 her first hit, “Delta Dawn,” which peaked at No. 6 on the Hot Country Songs charts. Her career continued into adulthood, with the singer releasing 40 Top 10 hits, 10 of which hit No. 1, including the ’80s hits “Just Another Love” and “Strong Enough To Bend.” The oft-times controversial outlaw country figure released a new album last year titled “Bring My Flowers Now,” and the single of the same name hit No. 47 on the country chart. 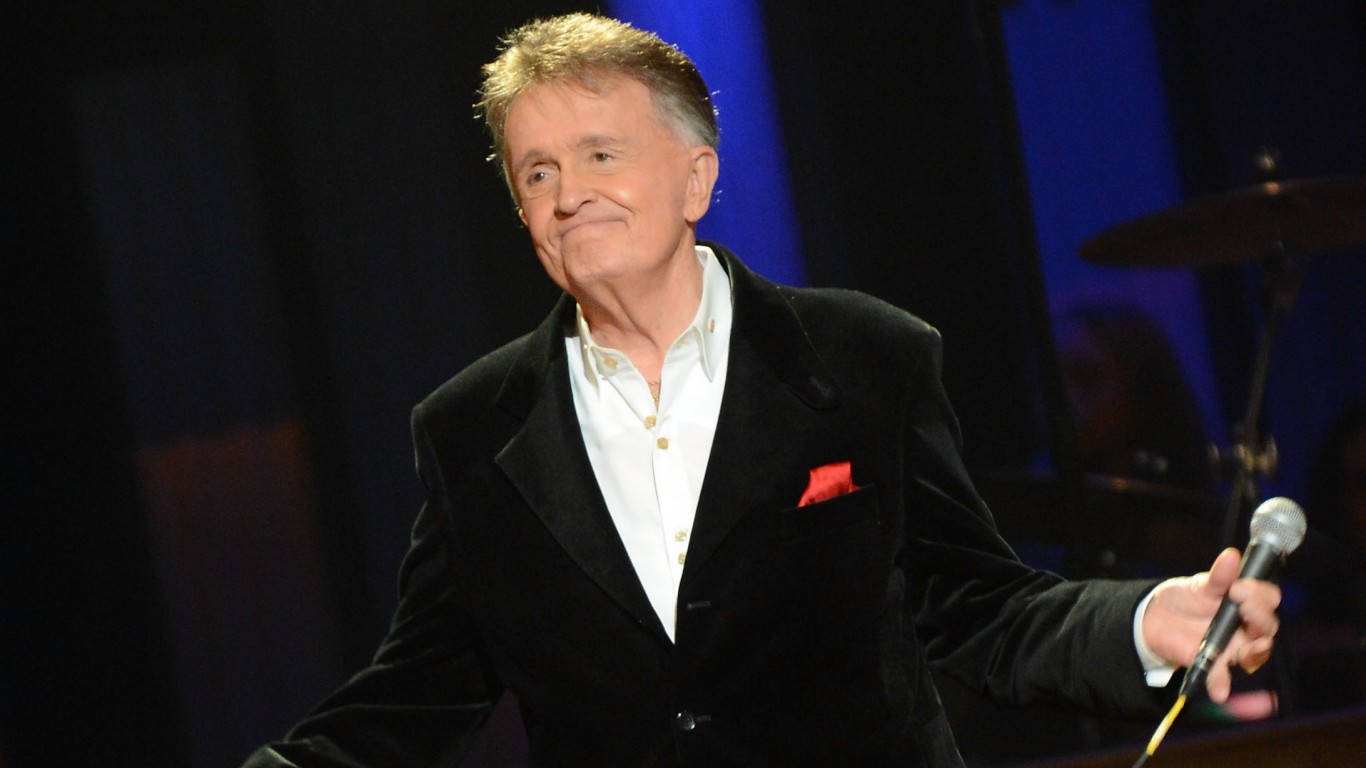 Before striking out on his own as a performer, Bill Anderson penned the No. 1 hit “City Lights” — performed by Ray Price — at just 19 years of age. He would soon begin his hugely successful career as a singer, eventually accumulating 37 Top 10 hits, seven of which topped the Billboard country chart. He also helped pioneer country-disco in the ’70s. Of all the South Carolina native’s hits, none spent more time on the chart than 1962’s “Mama Sang a Song” — his first single to reach the chart’s top spot. 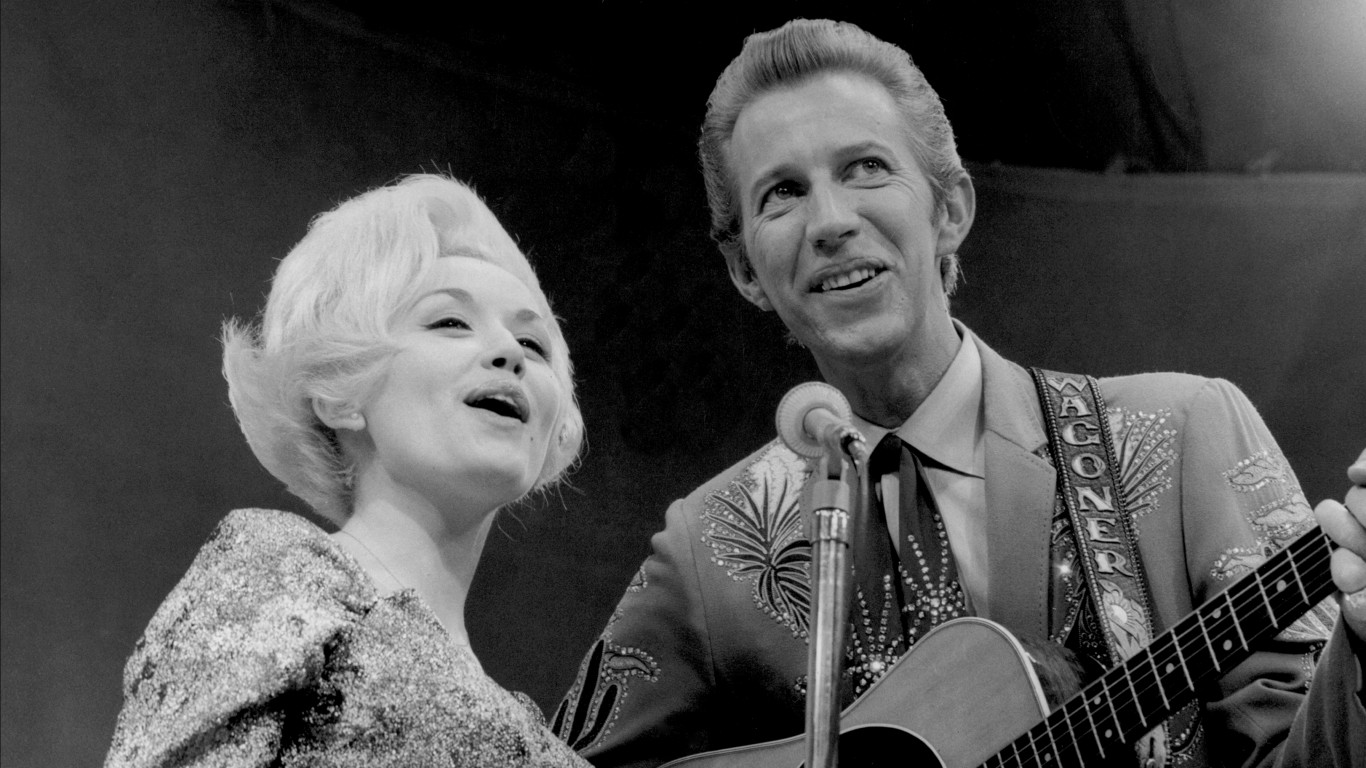 Porter Wagoner was known for his trademark pompadour hairstyle, rhinestone-studded outfits, and successful partnership with Dolly Parton. Wagoner came from West Plains, Missouri, and built his career singing on local radio stations. He hosted a syndicated TV show in 1960 that ran for about two decades. As the show expanded into about 100 markets, Wagoner scored a series of hits starting in 1962 such as “Misery Loves Company,” “Skid Row Joe,” and “The Carroll County Accident.” Wagoner teamed with Parton in 1968, and they scored 15 Hot Country Songs Top 10 hits, including the No. 1 “Please Don’t Stop Lovin’ Me” in 1974. The three-time Grammy winner released his final album “Wagonmater,” in 2007 and died later that year. 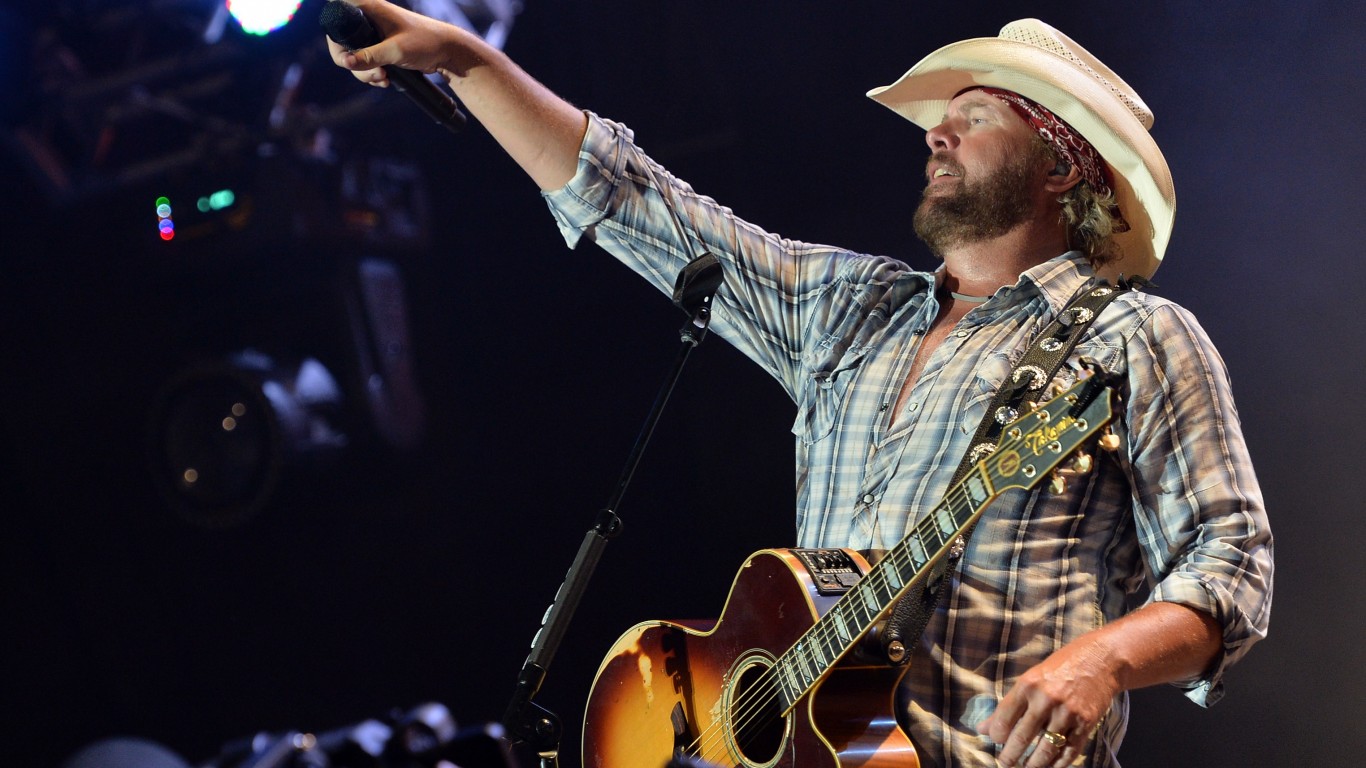 Toby Keith cultivated a swaggering cowboy persona while deftly blending country music with other genres to create a successful career. Keith began playing guitar at 8 years old and was influenced by the country artists who performed at his grandmother’s supper club in Oklahoma. Keith has released 20 No. 1 hits on the Billboard Hot Country Songs chart, with his most recent chart-topper, “Made In America,” reaching No. 1 in 2011. Keith tapped into the nation’s anger and patriotism following the 9/11 terrorist attacks with his single “Courtesy of the Red, White and Blue (The Angry American)” in the summer of 2002, though some considered it hostile. The song went to No. 1 on the country chart and crossed over to No. 25 on the Billboard Hot 100.