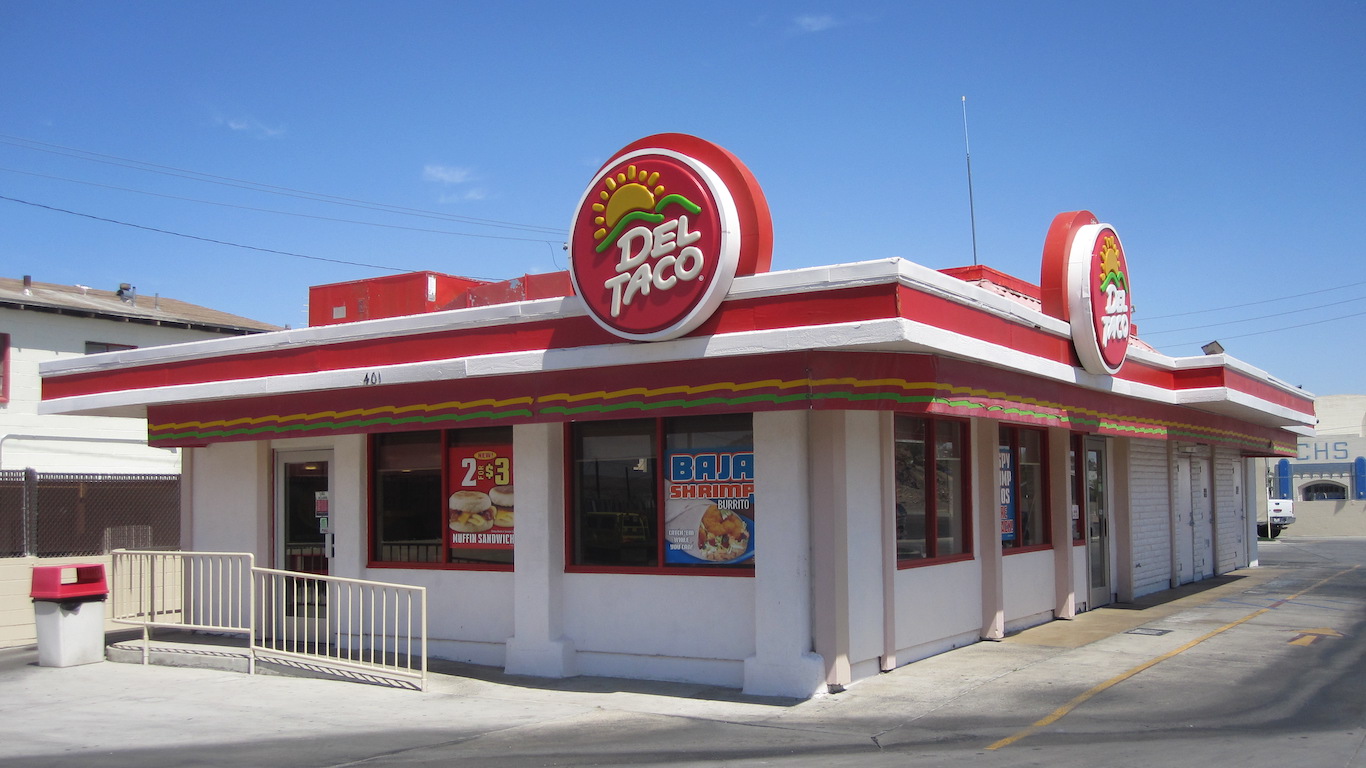 This California-based chain establishes its breakfast bona fides with its Huevos Rancheros Epic Burrito meal — consisting of both flour and corn tortillas wrapped around scrambled eggs, chorizo, cheddar cheese, avocado, sour cream, and salsa, plus hash brown sticks and a choice of beverages. (It contains between 1,350 and 1,550 calories, presumably depending on the beverage.) More modest breakfast burritos, wraps, and “rollers” are also on the menu, and there are “Donut Bites” (like doughnut holes) available, too. 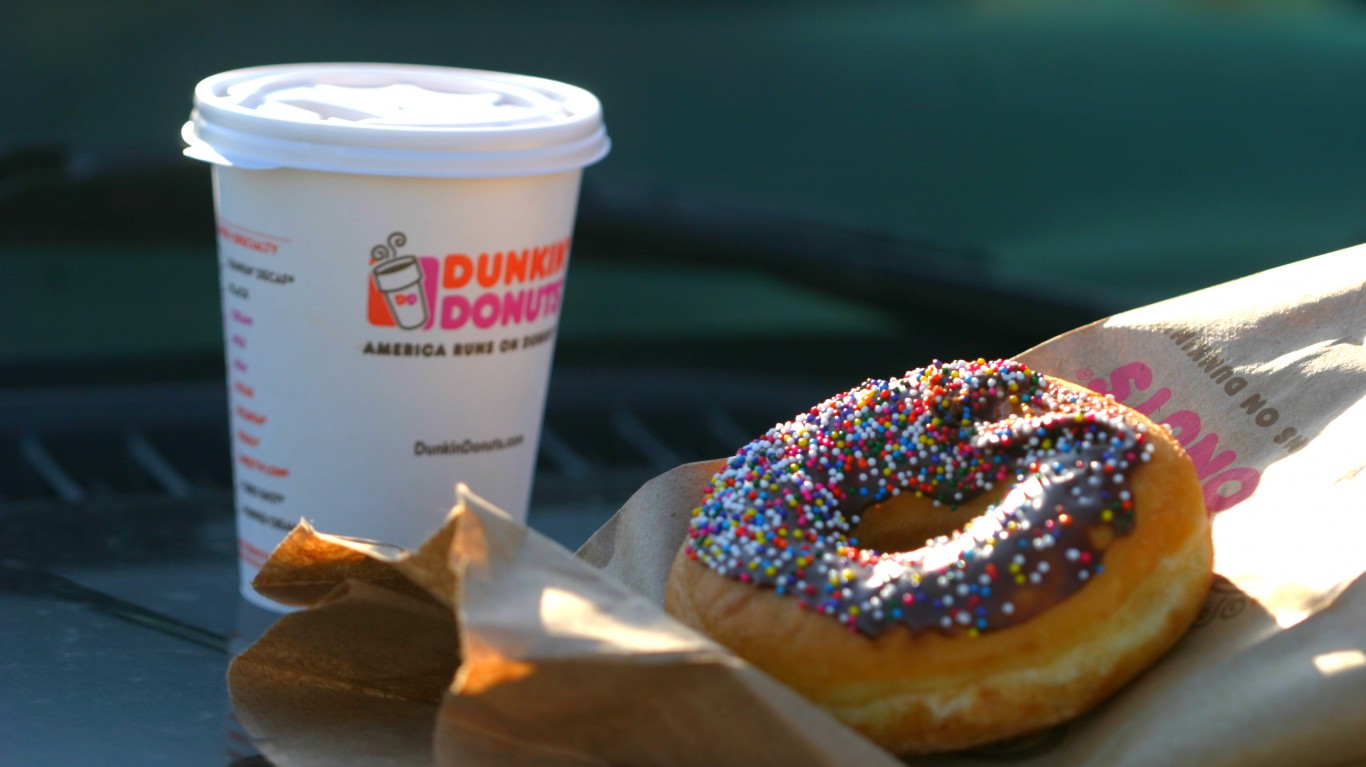 This popular chain may have been rebranded in January of last year to remove the word “Donuts,” but there are still doughnuts aplenty, the ultimate breakfast treat, on the menu. Glazed, double chocolate, powdered sugar, jelly, and more than half a dozen other varieties are currently on the menu. But Dunkin’ also serves a full complement of hearty croissant and English muffin “all-day” breakfast sandwiches, including one with turkey sausage and one with egg whites. And it has just introduced Snackin’ Bacon, a paper pouch filled with half-strips of bacon with sweet black pepper seasoning.

24/7 Wall St.
Fast Food Items With the Most Calories 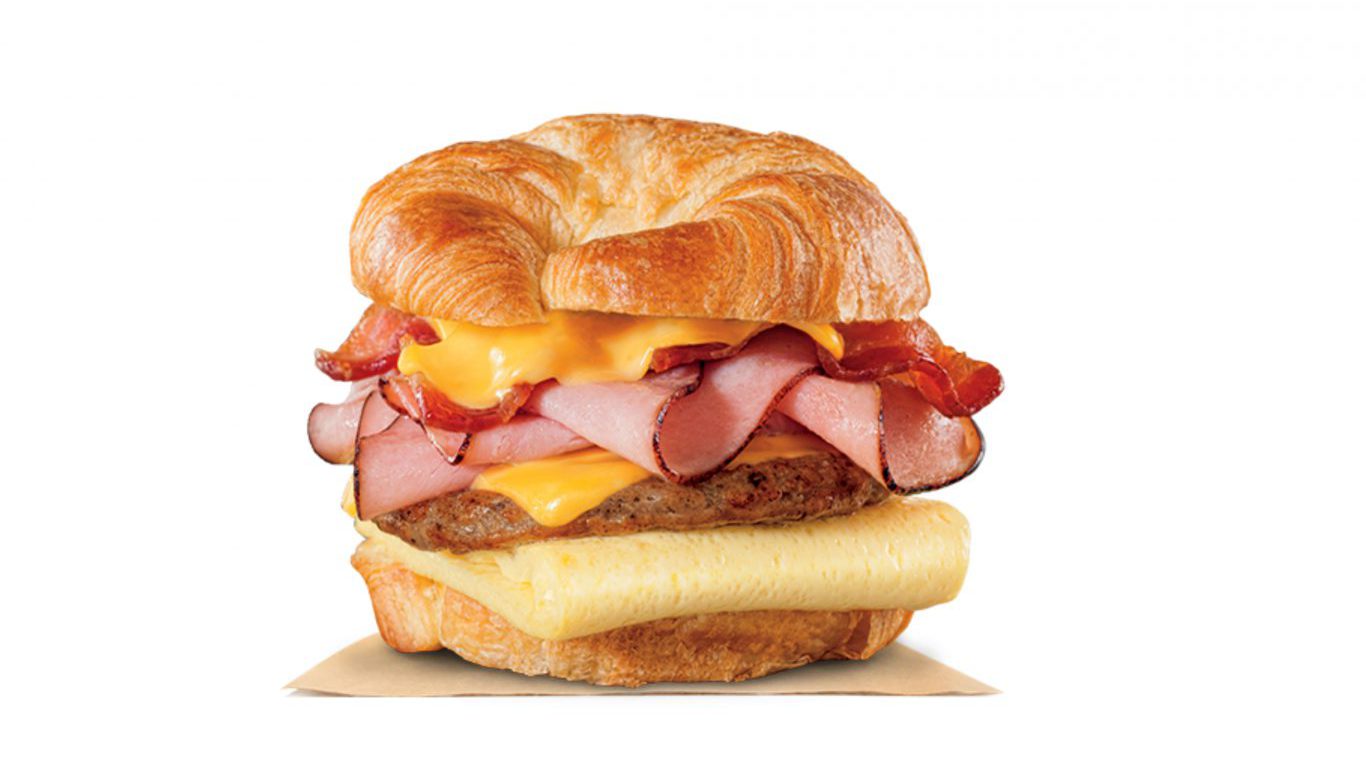 Jack in the Box

Jack in the Box was something of a fast-food breakfast pioneer. It began serving breakfast items all day way back in 1969, along the way introducing what was likely the first-ever breakfast sandwich — eggs, meat, and cheese on an English muffin. These days, the chain’s Jumbo Breakfast Platter gives Burger King’s BK Ultimate Breakfast Platter a run for its money. It’s crowded with scrambled eggs (loose, not formed into a rectangle like the BK entry), hash browns, eight mini pancakes, and a choice of bacon or sausage. Astonishingly, you can eat all this for a caloric load of a mere 540 (with bacon) or 621 (with sausage). That’s just the beginning, though. The breakfast menu here goes on to encompass 11 breakfast sandwiches, made variously on grilled sourdough toast rounds, biscuits, bagels, or croissants — along with a couple of hearty meat and egg burritos. 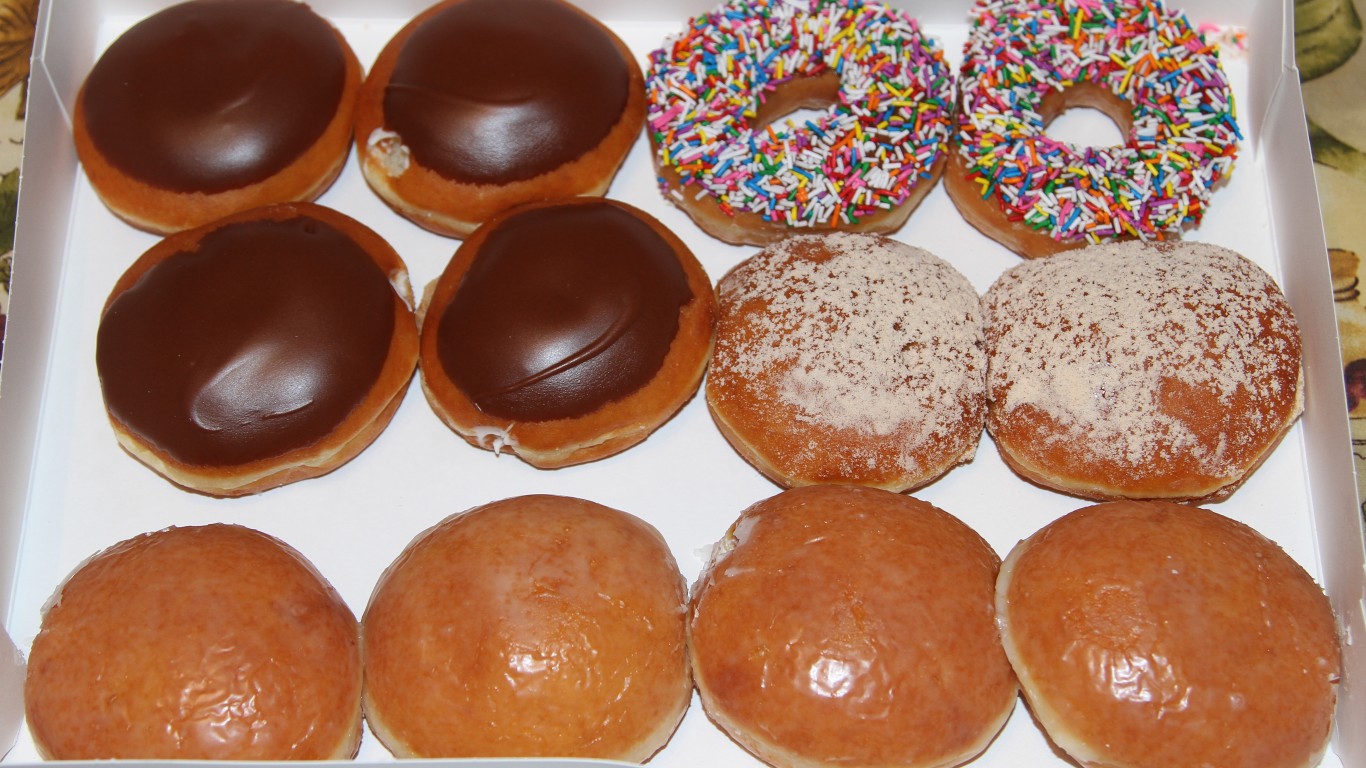 Krispy Kreme Doughnuts (CC BY 2.0) by Jim, the Photographer

While its competitor Dunkin’ (formerly Dunkin’ Donuts) has long since expanded into breakfast sandwiches and other non-doughnut items, Krispy Kreme remains true to its origins. Other than a variety of coffee drinks and a few other beverages, there’s nothing on the menu except doughnuts. All the classics are represented — glazed, custard-filled, crullers, plain, etc. — but then there are such specialties as Butterfinger fudge cake, double dark chocolate, New York cheesecake, and cinnamon-apple-filled, to name but a few. Anyone who can’t make a great breakfast out of two or three of these just isn’t trying. 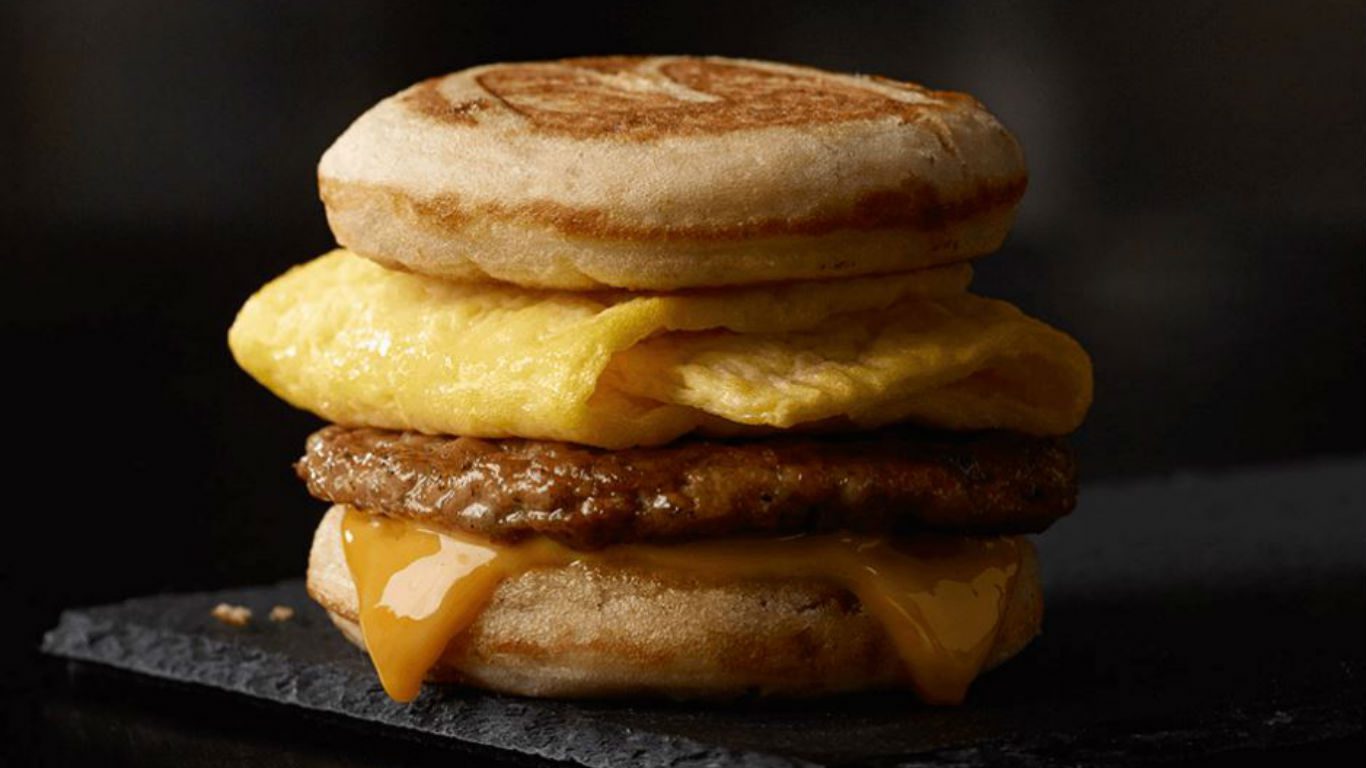 If McDonald’s didn’t invent the breakfast sandwich (that honor goes to Jack in the Box; see above), it was the chain’s now-iconic Egg McMuffin, introduced in 1971, that really popularized the idea nationwide. While it didn’t happen all at once, all units of the chain have had a breakfast menu since 1977, and since 2015, most of the morning items have been available all day. The McDonald’s equivalent of the breakfast platters offered by other chains is its 750-calorie Big Breakfast — loose scrambled eggs, a biscuit, a sausage patty, and hash browns. Beyond that and of course the definitive Egg McMuffin, there’s a variety of breakfast sandwiches on biscuits, bagels, muffins, and a company-branded waffle-muffin hybrid called the McGriddle.