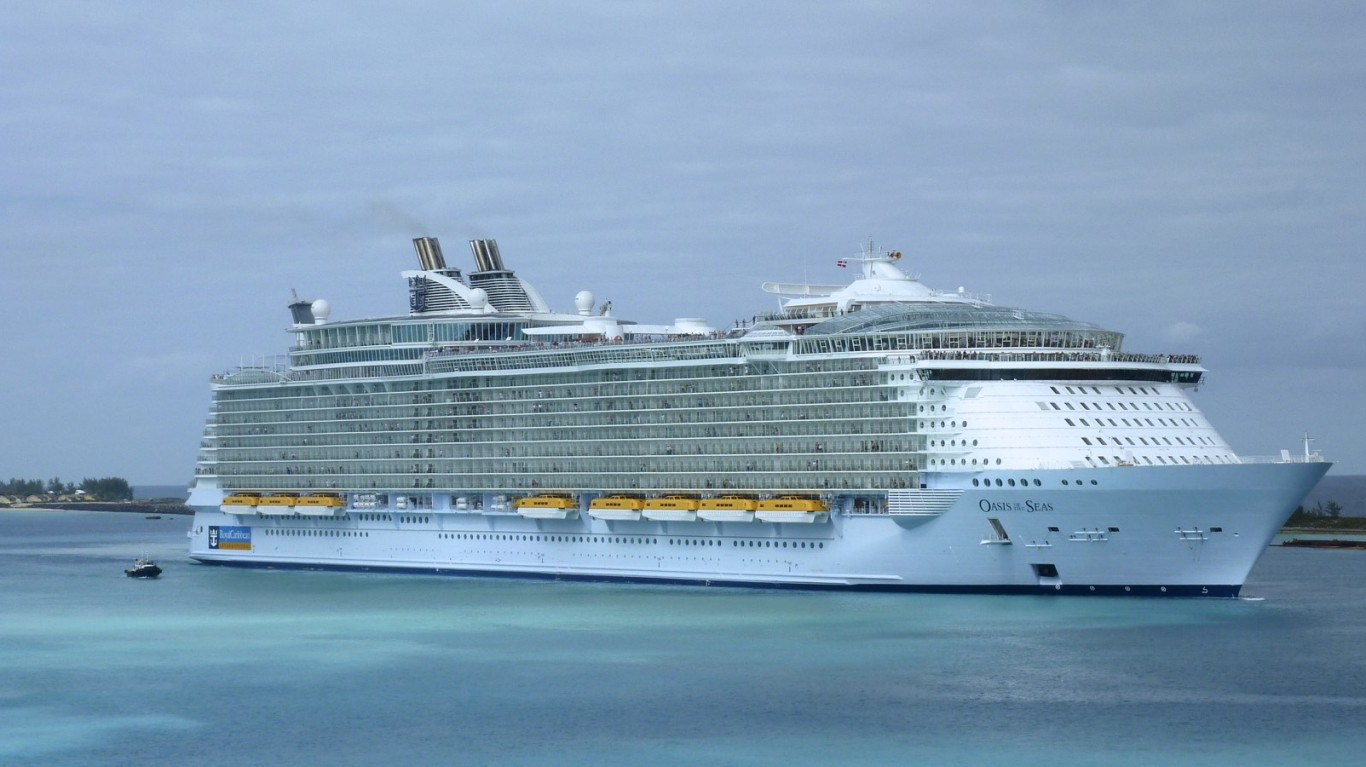 After Carnival’s Diamond Princess ship in February became one of the first large outbreak clusters outside China, the cruise industry has taken a huge hit. The CDC issued a No Sail Order for 100 days on April 9, but Carnival and Royal Caribbean have said they will begin offering cruises sooner.

Shares of the three major cruise companies — Royal Caribbean, Carnival Corp., and Norwegian Cruise Line Holdings — dropped by over 67% since mid-February. Unlike many industries that have been especially hard hit by the pandemic, the cruise sector was not included in the $2 trillion stimulus package. Though industry leaders asked for assistance, the largest companies were excluded because they are incorporated outside the U.S. Despite the rough economic conditions, cruise companies expect to stay afloat, and Carnival’s CEO said the cruise line already had substantial bookings for 2021. 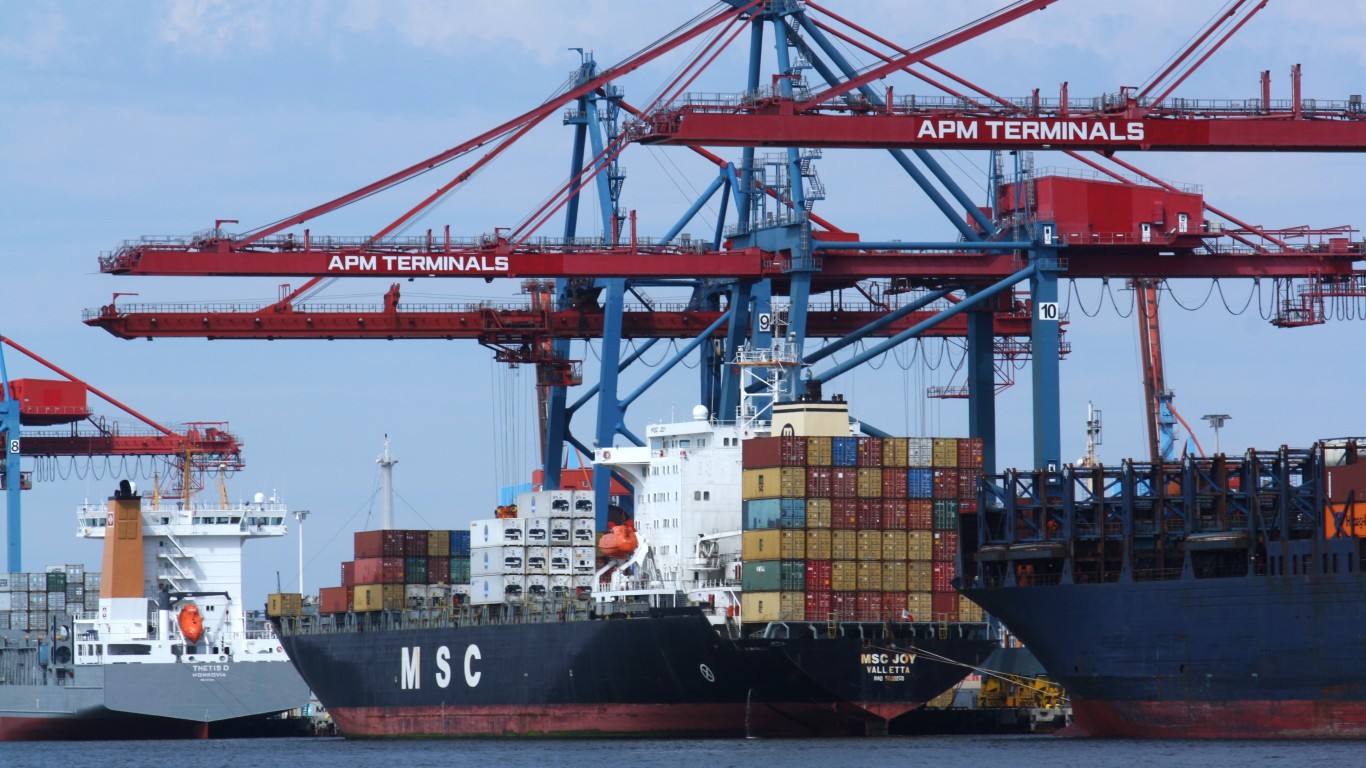 Stacking (CC BY 2.0) by Blondinrikard FrÃÂ¶berg

A supply management survey found that three out of every four American businesses experienced a disruption to some part of their supply line due to the irregularities in the shipping industry stemming from the coronavirus pandemic. China is one of the world’s foremost shipping hubs, but COVID-19 has forced the country to close ports and send factory workers home for months. As Chinese ports reopened, American ones began to idle operations. The International Chamber of Shipping said the pandemic has cost the worldwide shipping industry around $350 million per week.

The outbreak has affected everyone in this highly globalized industry, and Americans are no exception. The average daily freight rate for large ships is reportedly less than half of break even level, and these rates are not expected to recover for months. Shipping companies are also not included in the government’s bailout funds as they operate out of many different countries. 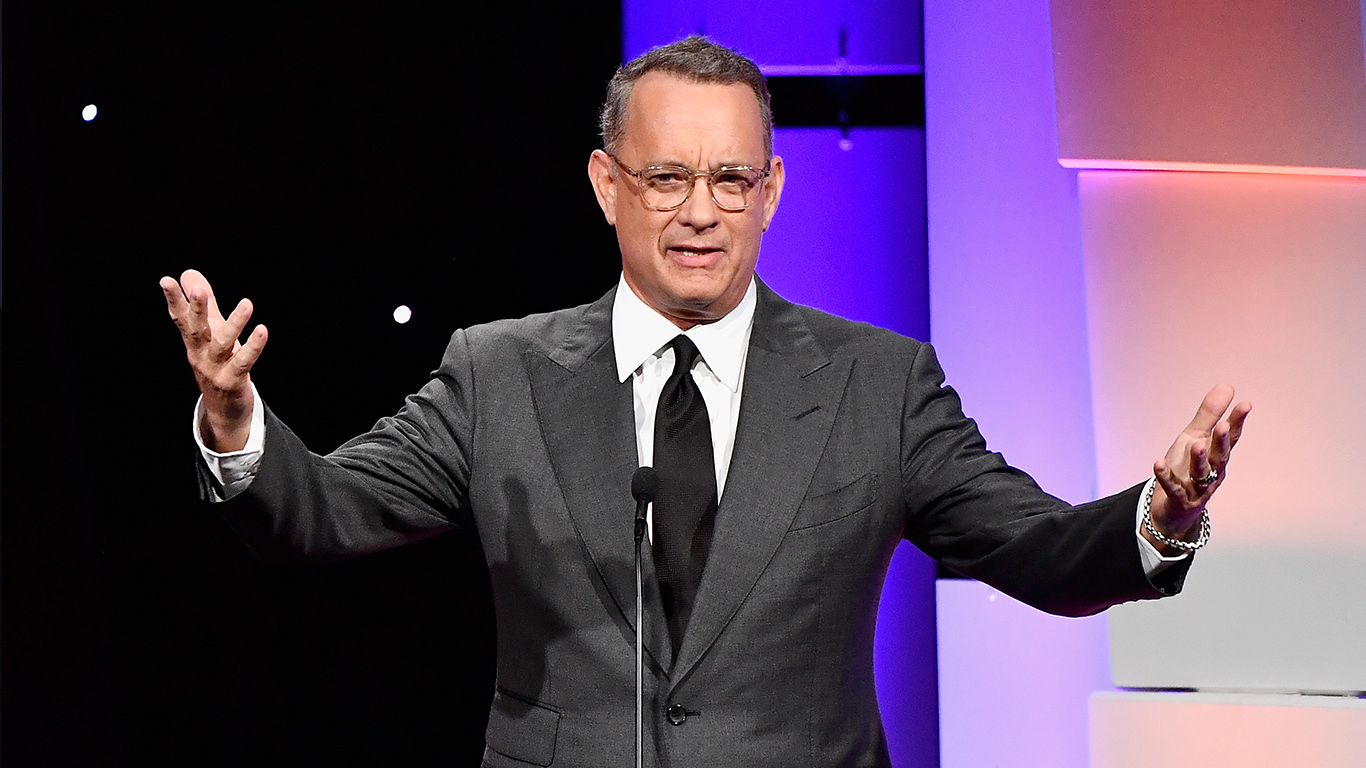 Oscar-winning actor Tom Hanks announced on March 12 that he tested positive for the coronavirus. Consequently, production of the film he was shooting at the time was shut down. While Hanks has since recovered, his film was one of a dozens of films and TV shows that halted production — either out of caution or because a cast or crew member had symptoms, tested positive, or came into contact with someone who did. These films would likely have contributed billions of dollars to the U.S. box office and economy in other ways.

Each time a production shuts down, it puts hundreds of crew members and cast out of work. Movies often have well over 500 crew members, including drivers, lighting technicians, directors, production assistants, camera operators, and more. Some of the larger films that have extensive visual effects have thousands of people credited. Over 220,000 Americans were working in the film production industry as of 2018. 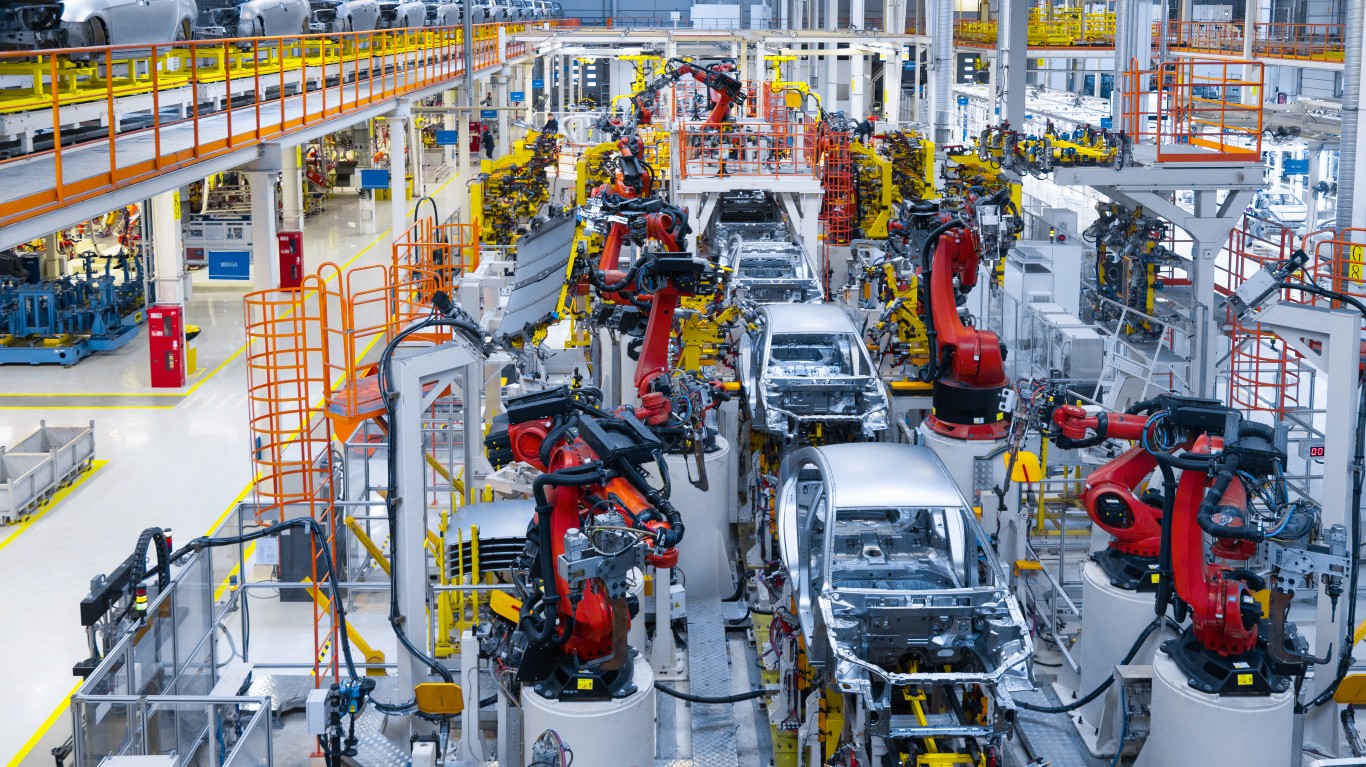 As the COVID-19 pandemic lingers, the demand for cars is decreasing. As Americans have become increasingly concerned about job security and try to save their money for emergencies they have been less likely to buy a car. Through the three weeks ending April 12, auto sales were less than half of what J.D. Power had projected they would be. Total vehicle sales in 2019 were 17.1 million and the new projection for 2020 sales was adjusted down from 16.7 to as low as 14 million. In addition to jeopardizing jobs at manufacturing plants, this also jeopardizes the jobs of the 1.1 million Americans who work in new and used car dealerships.

Previously, automakers also faced serious supply chain disruptions as parts imports from China became harder to get. Four out of every five cars made in the world rely on parts manufactured in China. 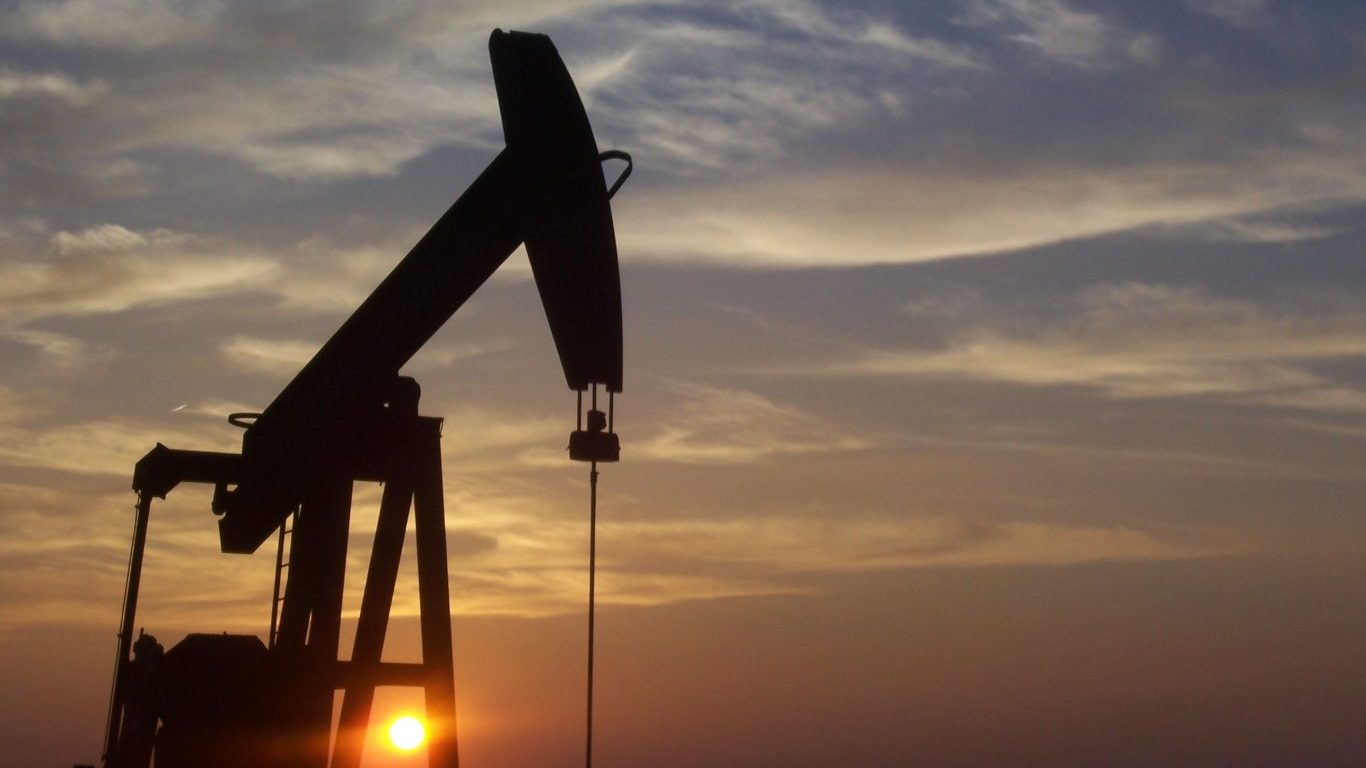 As people continue to work from home and avoid travel, the demand for oil and gas has plummeted. The International Energy Agency projects a decline in demand of 29 million barrels per day in April 2020 as compared to April 2019. The price of oil has been in an unprecedented freefall, selling for under $20 per barrel as of April 15.

Prior to the pandemic, the IEA projected an increase in demand for oil of over 800,000 barrels. The effects on the oil industry have been especially dire because China, the world’s top energy consumer, was the first to be hit as the source of the outbreak.