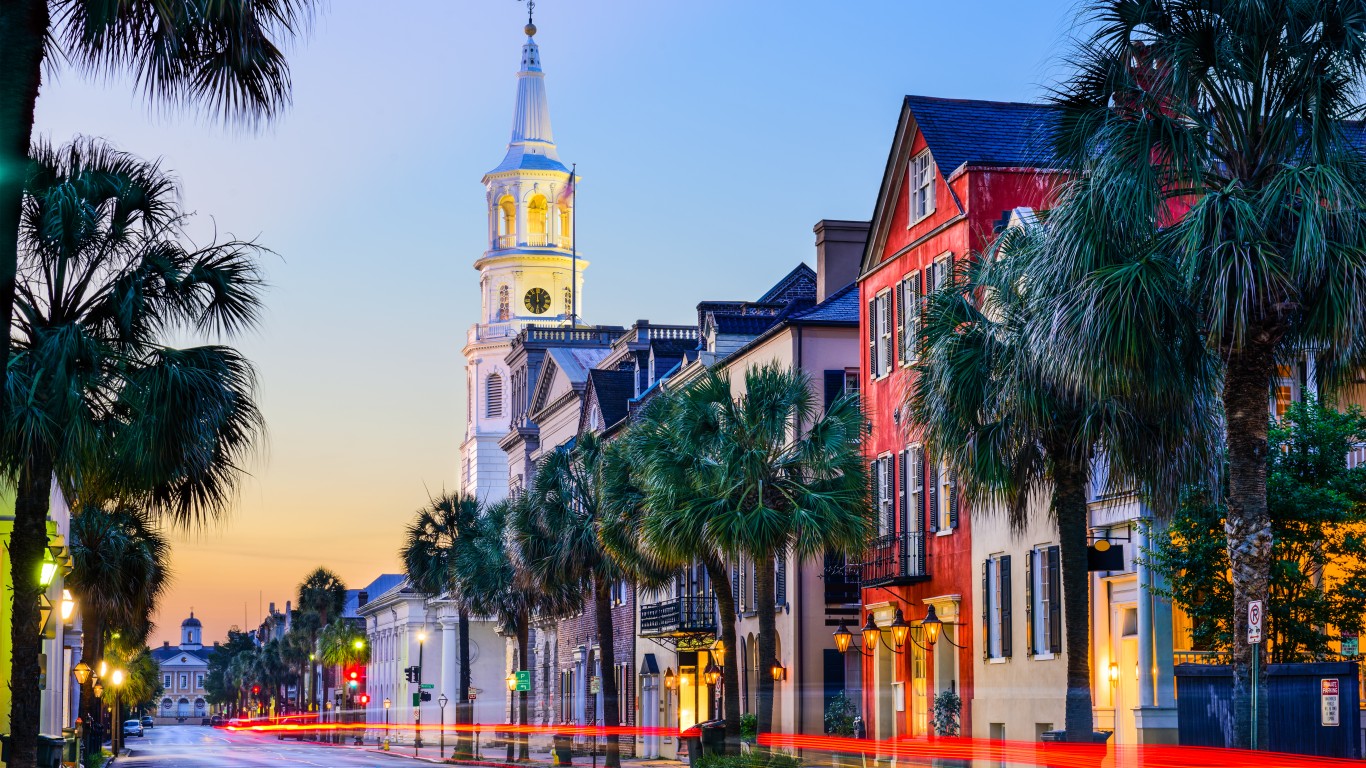 Charleston ranks among the cities Americans are flocking to as over 101,000 more Americans moved to the area than moved away from it between 2010 and 2019. This accounts for a 15.2% increase in the population due to migration.

Many of those who moved were likely attracted by the strong job market in Charleston and the surrounding area. The Charleston metro area consistently had a relatively low annual unemployment rate from 2010 to 2019, and the improvement of its job market well outpaced that of the overall U.S. market. In 2010, Charleston’s 9.3% unemployment rate was just slightly lower than the U.S. rate of 9.6%. By 2019, just 2.4% of Charleston’s labor force was unemployed, lower than all but 13 other metro areas. 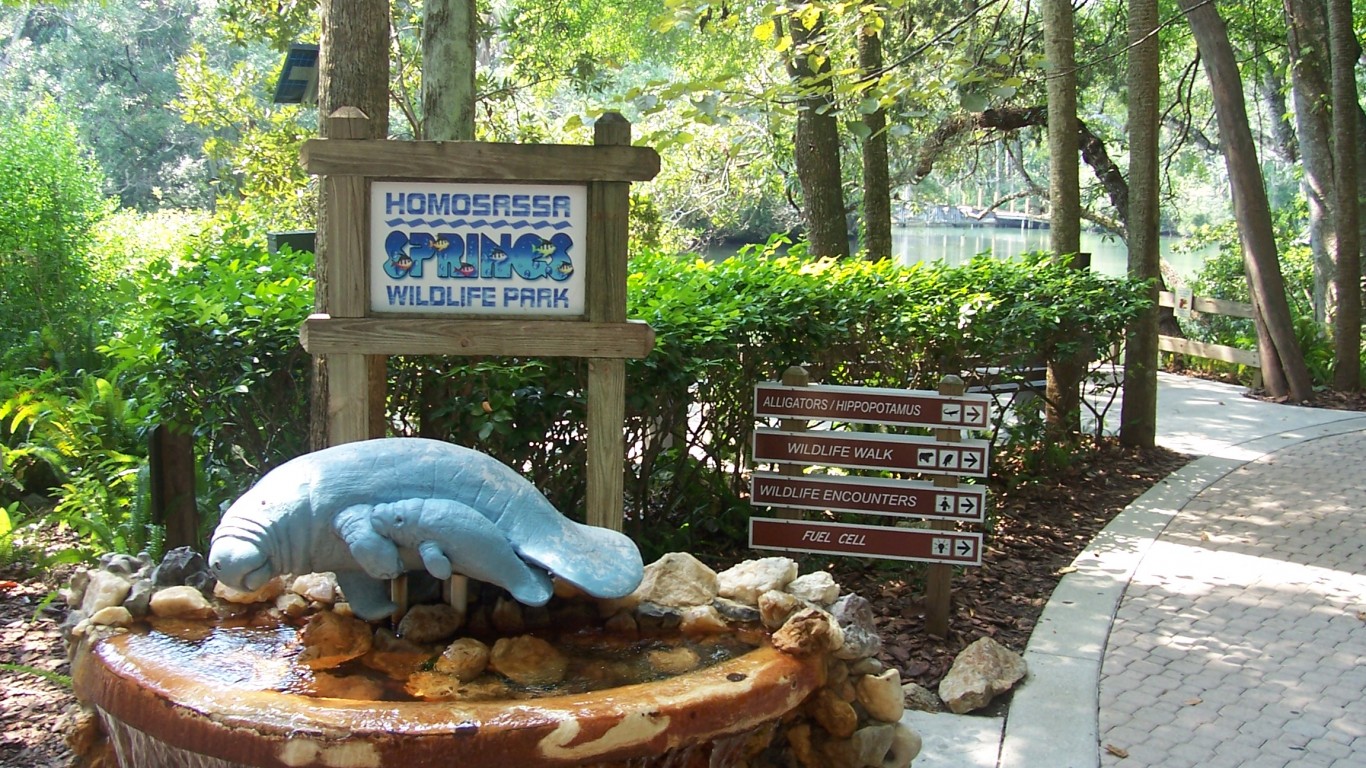 Homosassa Springs is one of 12 Florida metro areas in which the population increased more than 15% due to migration alone. From 2010 to 2019, 21,756 more people moved to Homosassa Springs than moved away from it. This increase was likely driven by retirees flocking to the area — the metro area has a relatively large share of senior citizens.

Typically, when the number of people working in an area declines, this indicates economic difficulties. But this may not be the case in Homosassa Springs, with so many people in the area aging out of the workforce. Less than a third of Homosassa Springs residents are working.

ALSO READ: What It Costs to Retire Comfortably in Every State 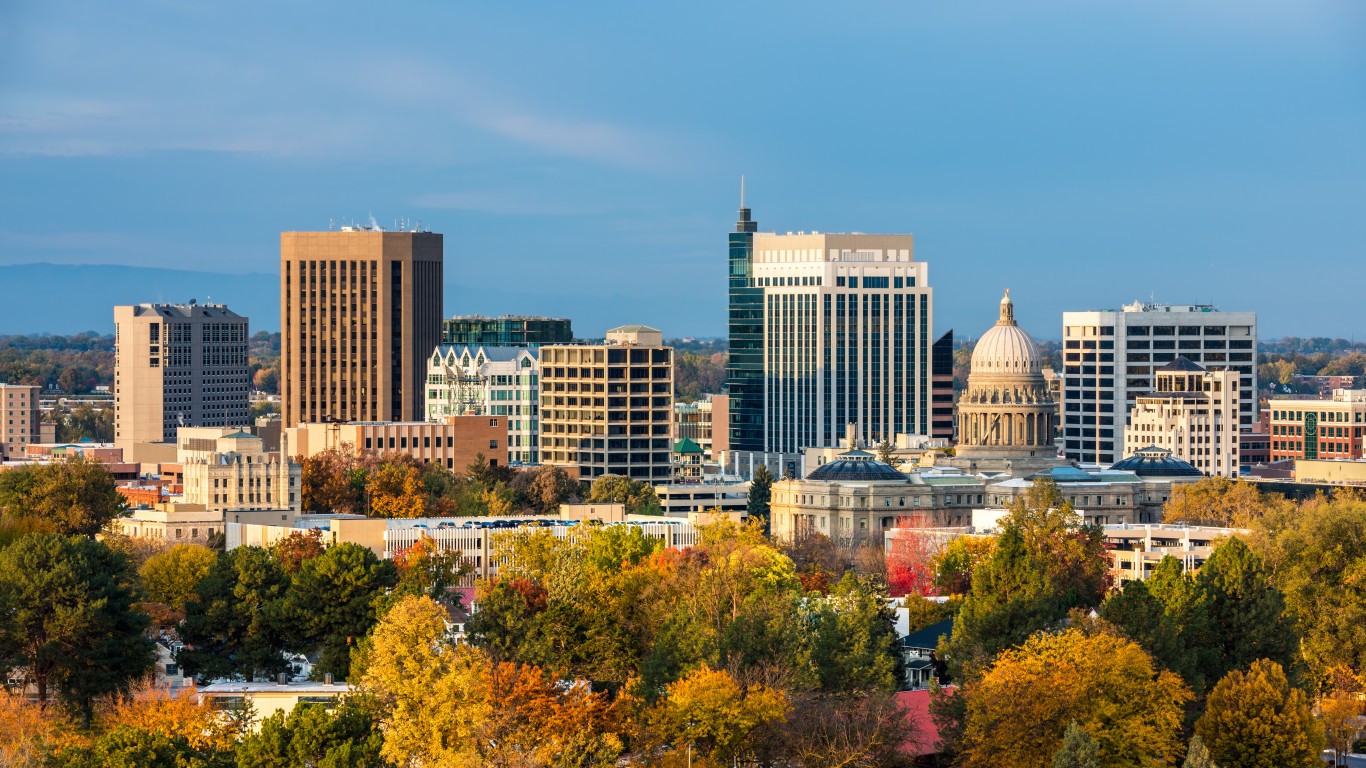 Boise is one of two Idaho metro areas with among the largest percentage increases in population due to migration since 2010. Over 95,000 more people moved to the Boise area than moved away from it over the past decade, a 15.4% increase. When factoring in the birth and death rates, Boise’s population grew 21.5% overall in the last decade.

People often relocate in search of new or better jobs, and Boise has one of the country’s best job markets. Boise’s annual unemployment rate has been consistently lower than the U.S. rate. In 2019, it was a full percentage point lower than the national rate, at 2.7%. From 2010 to 2019, the number of people working in Boise increased 35.3% — the 10th largest increase in the country. 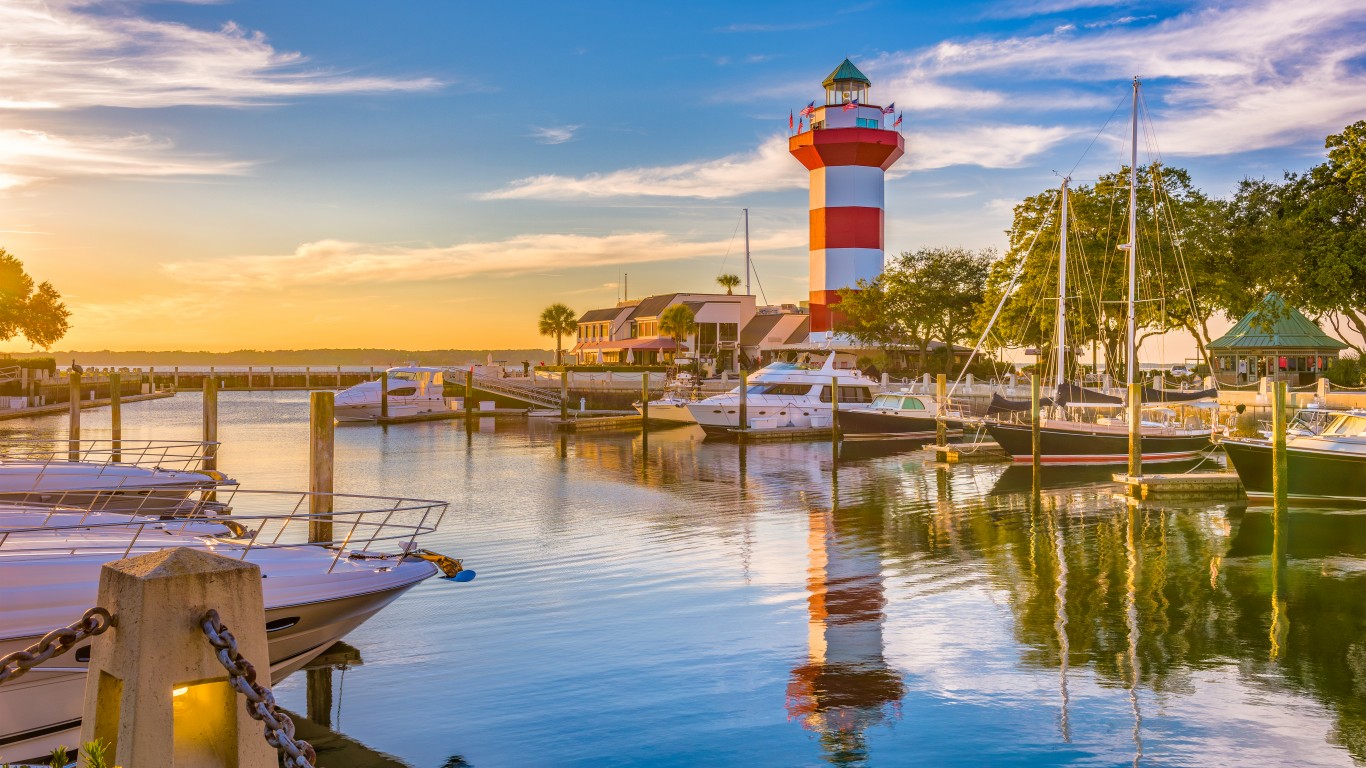 Through net migration, the Hilton Head Island area of South Carolina grew by more than 29,000 people from 2010 to 2019. It is one of 18 U.S. urban centers in which more than a quarter of the population is 65 or older, indicating it is a popular destination for retirees.

Like many other cities with large inflows of people over the past decade, the Hilton Head area is in the South, near bodies of water. It sits at the southern tip of South Carolina, along the coast of the Atlantic Ocean. It also has a relatively strong job market, with annual unemployment rates that have consistently been lower than that of the U.S. overall. The Hilton Head Island metro area has a median household income of $63,723, about $1,400 higher than the U.S. median. 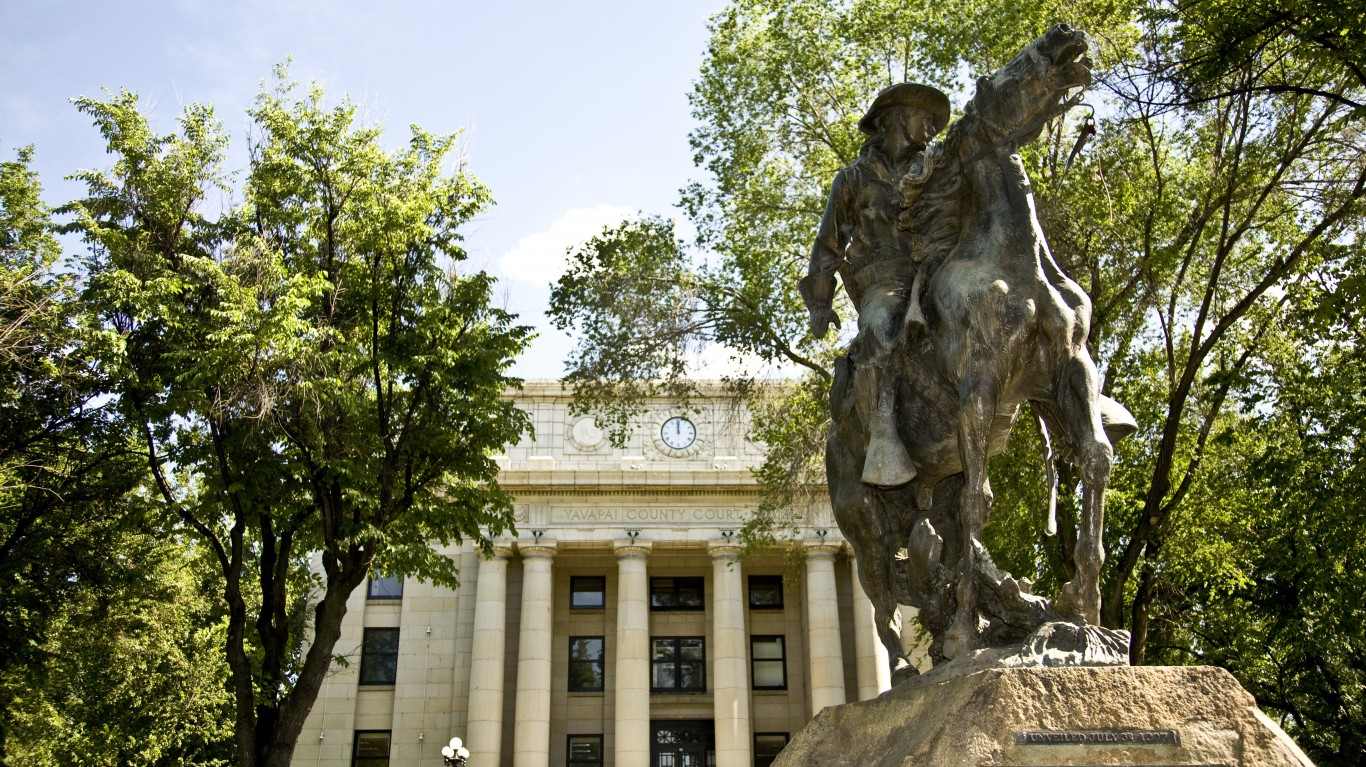 From 2010 to 2019, over 33,000 more people moved to Prescott, Arizona than moved away from it — a 15.8% increase over the 2010 population. The Central Arizona area appears to be a popular place for seniors to relocate, as 31.7% of the population is age 65 or older — the eighth highest percentage in the country.

Like many other communities with a large number of senior residents, there were far more deaths in Prescott than births, which offset some of the population increases from migration. The community recorded 17,021 births compared with 26,532 deaths. This 4.5% natural decline in population was one of the largest in the country.