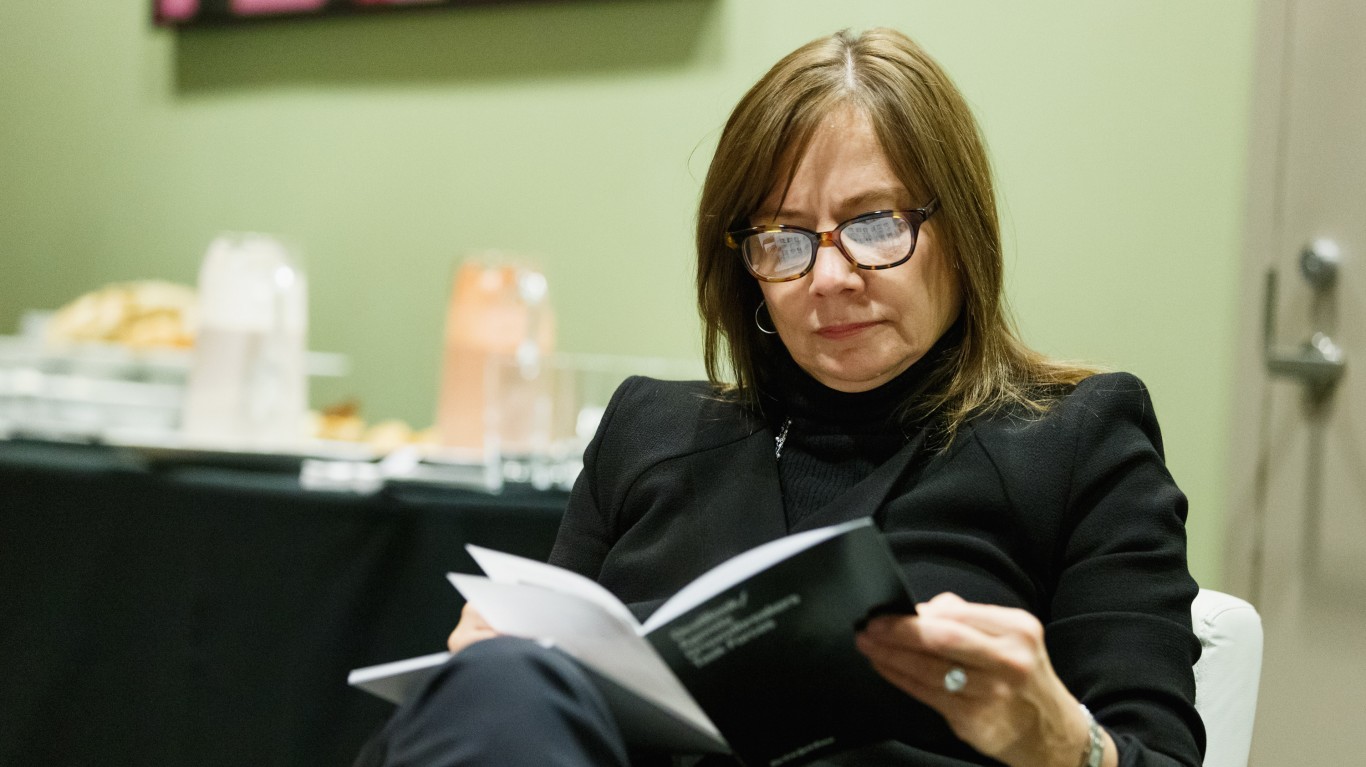 General Motors CEO Mary Barra is one of only two female CEOs to rank on this list — and the only woman to run one of the big three American automakers. Barra has been at the top of the second largest automaker in the United States since January 2014. As CEO, Barra is gearing up for the future and investing heavily in electric vehicles and self-driving cars.

Barra’s base salary stands at $2.1 million. After accounting for stock options and other awards, however, her total fiscal 2019 compensation was $21.3 million. 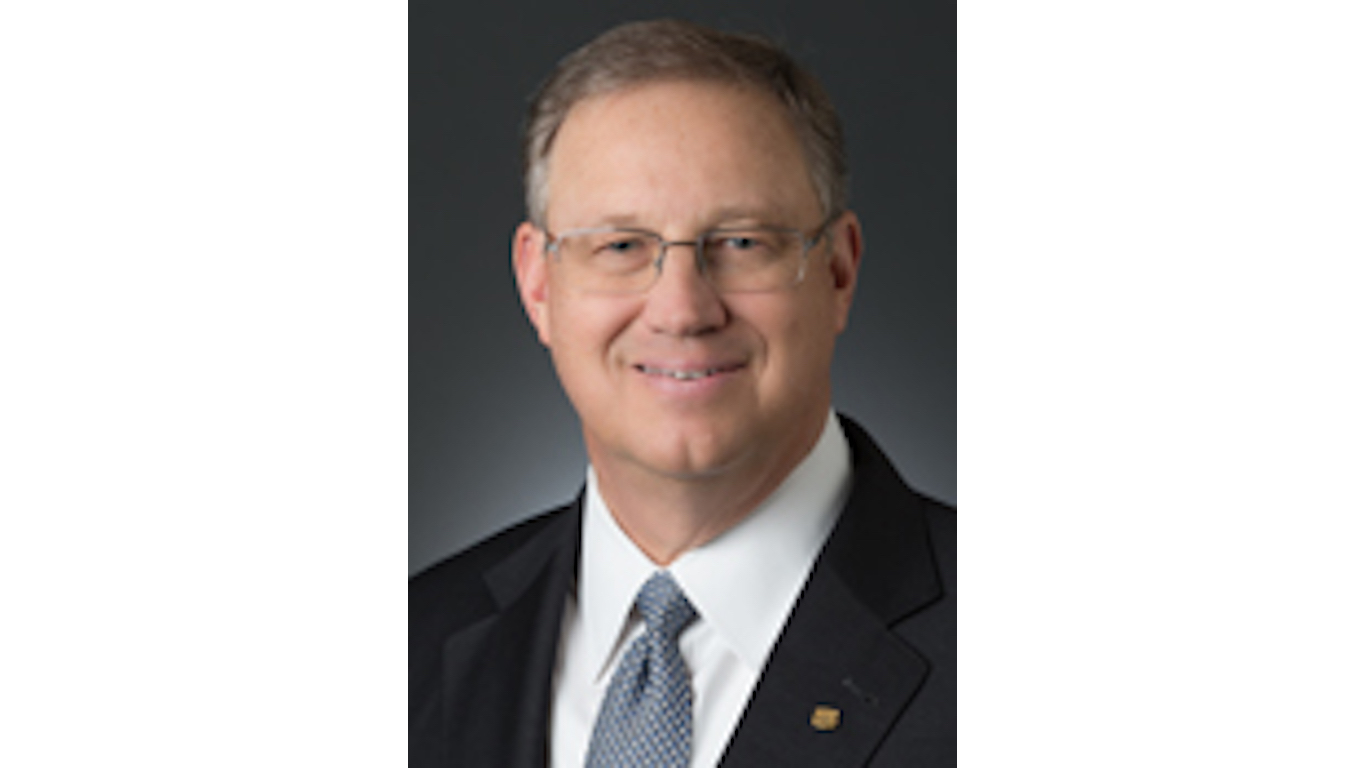 With a reported compensation of $22.0 million in fiscal 2019, Phillips 66 CEO Greg Garland is the highest paid oil and gas executive on this list. Phillips first hired Garland in 1980 as a chemical engineer and named him CEO in 2014.

Phillips 66 is one of the five largest petroleum companies in the United States by revenue, and employs 14,500 people. Through its 13 refineries across the U.S. and Europe, the company has the capacity to process 2.2 million barrels of crude oil every day. 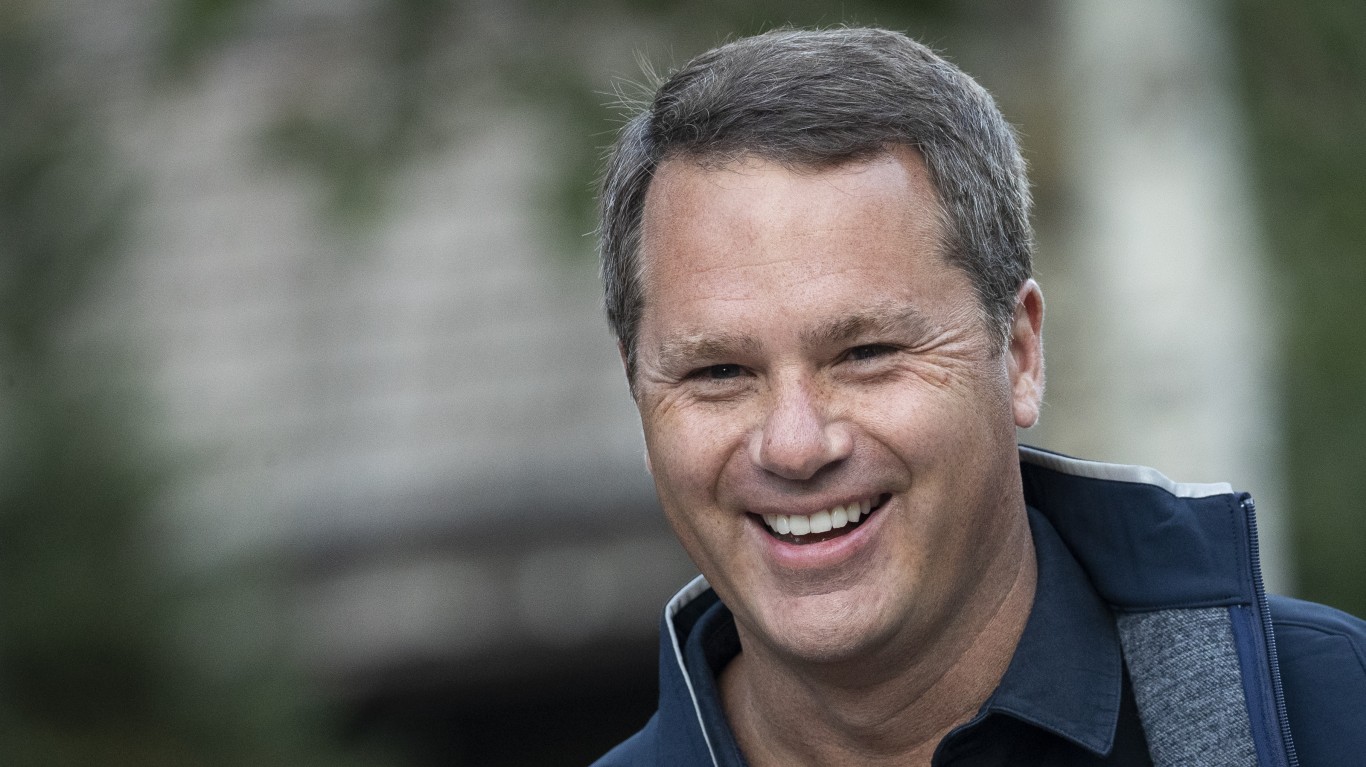 Formerly the CEO of Sam’s Club and Walmart International, Doug McMillon was named the chief executive of Walmart in 2014. McMillon began his career unloading trucks for the very company he now leads, and his bio page on Walmart’s site says he has made increasing associate wages a priority as CEO. Still, McMillon’s compensation in fiscal 2019 of $22.5 million was over 1,000 times more than what the typical employee earned — one of the most lopsided pay ratios of any of the largest U.S. companies.

With over half a trillion dollars in revenue in fiscal 2020, Walmart is the largest public company in the world by that measure. The company employs over 2.2 million people worldwide and, through its various brands, operates about 11,500 brick-and-mortar locations worldwide. 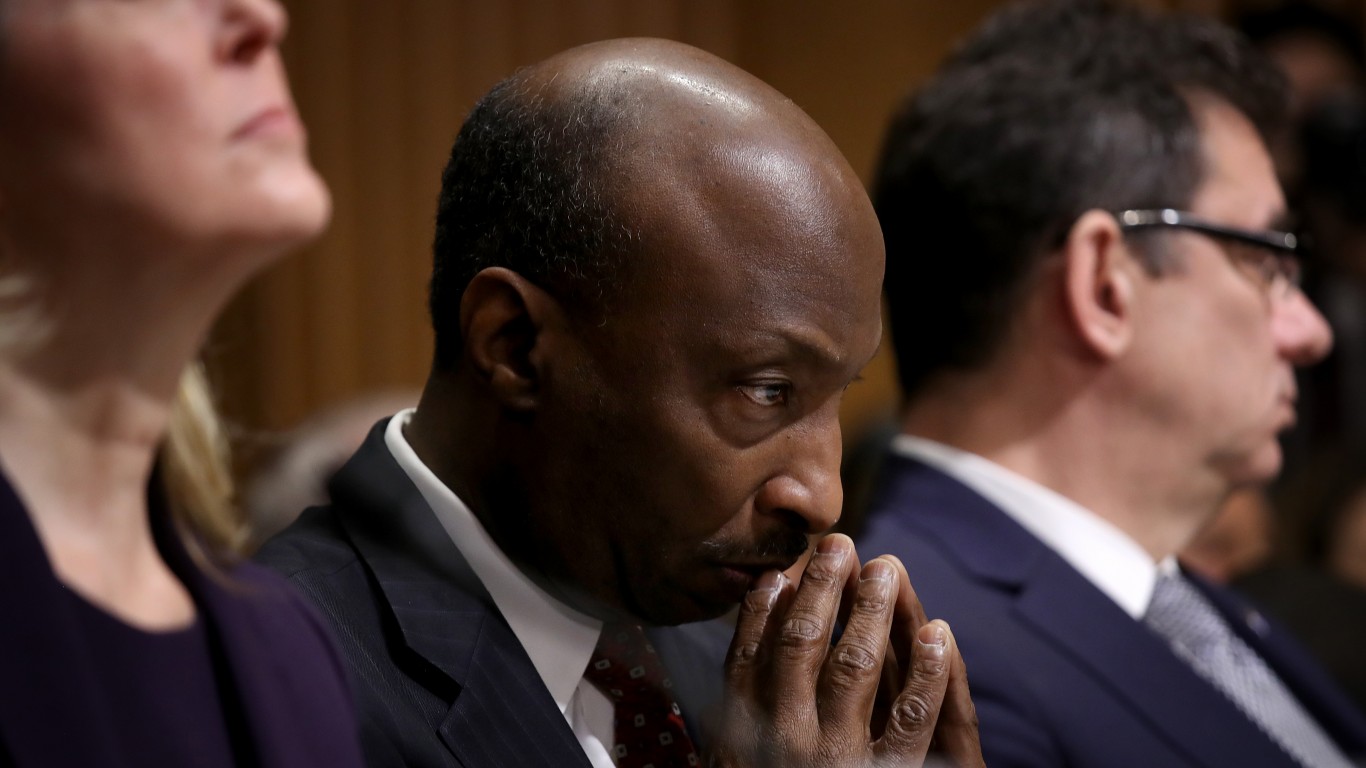 Kenneth C. Frazier took the top job at Merck, a New Jersey-based drug maker, in 2011. In fiscal 2019, Frazier made $22.6 million as the company’s CEO — nearly $7 million more than he made the previous year.

Merck has been active in researching COVID-19 treatments and vaccines. Over the last five years, the company has also invested $225 million in Moderna — one of only two companies so far to develop an FDA-approved COVID-19 vaccine. 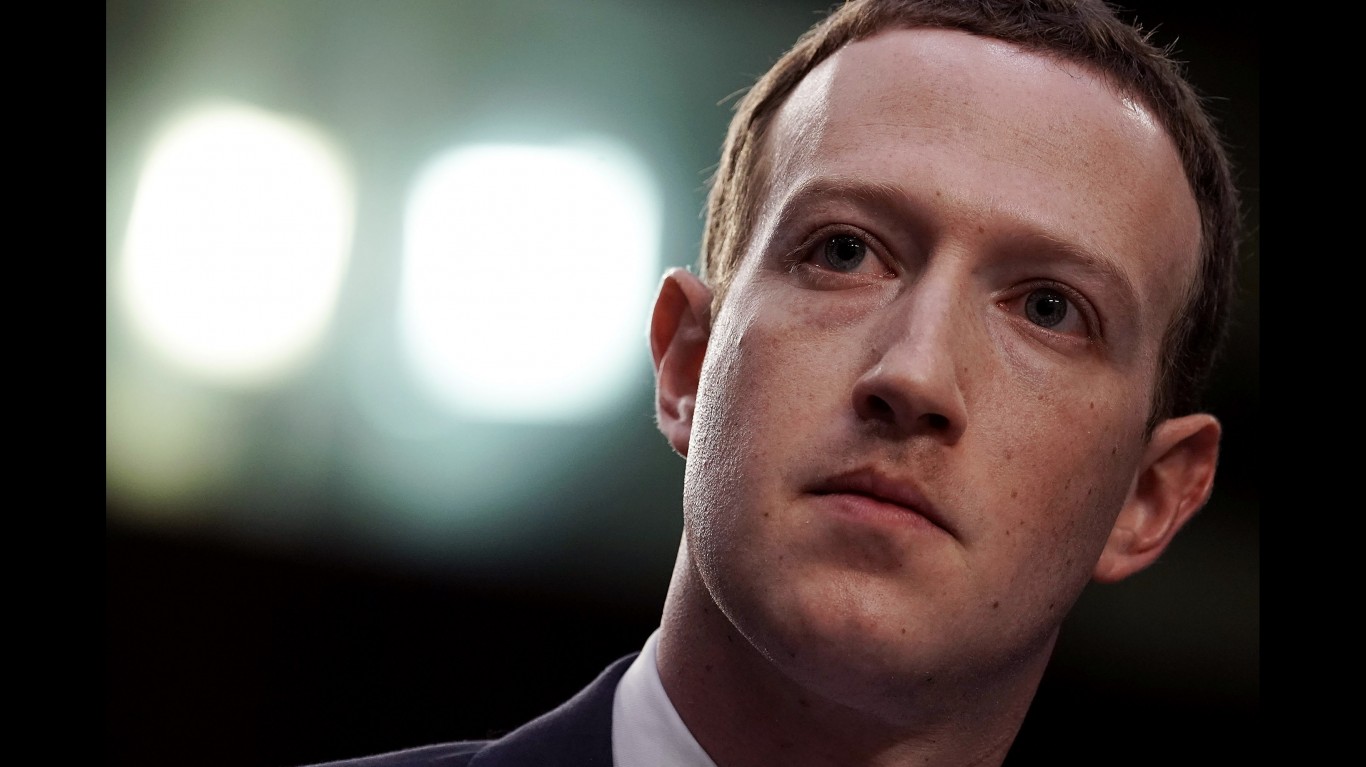 Facebook CEO Mark Zuckerberg’s official salary is only $1. However, through other forms of compensation, he was paid more than $23.4 million in fiscal 2019. Despite a multimillion dollar salary, Zuckerberg’s income is only 94 times higher than that of his typical employee. Most CEOs on this list earn several hundred times more than their workers.

Zuckerberg co-founded the social media giant in 2004 and has led the company ever since, taking it from a communication platform for his Harvard classmates to a multibillion dollar global behemoth. Facebook is currently facing antitrust charges brought on by the Federal Trade Commission and the attorneys general of most states. The suit aims to break Facebook up and alleges that the company has been abusing its dominance in the social media sector and engaging in anti-competitive behavior that ultimately hurts the consumer.