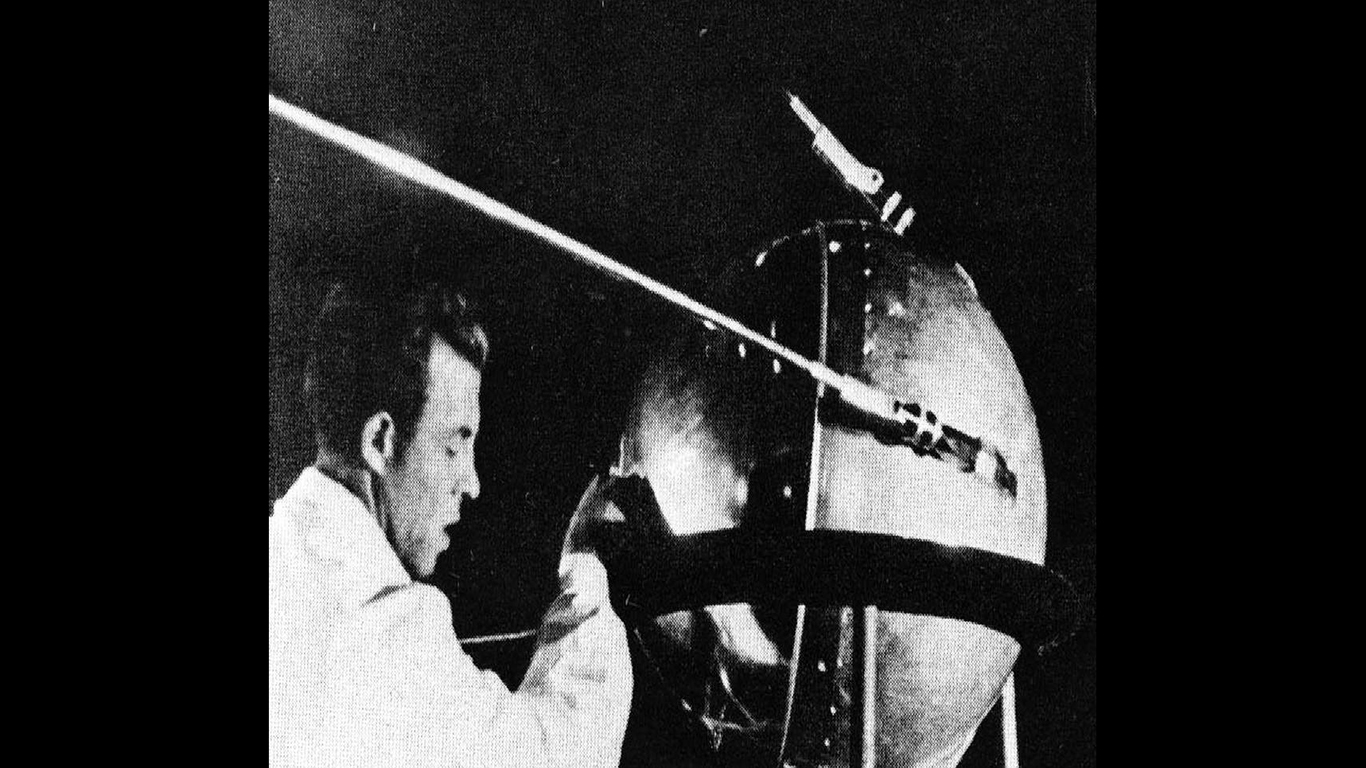 Sputnik I, the world’s first artificial satellite, was launched into space on October 4, 1957. The Soviet Union surprised the U.S. with its achievement, beginning the space age and the space race between the two superpowers. Sputnik, named after the Russian word for “satellite,” circled Earth once every 96 minutes and could be viewed with binoculars before sunrise or after sunset. The satellite orbited the Earth until 1958, when it burned up in the atmosphere. 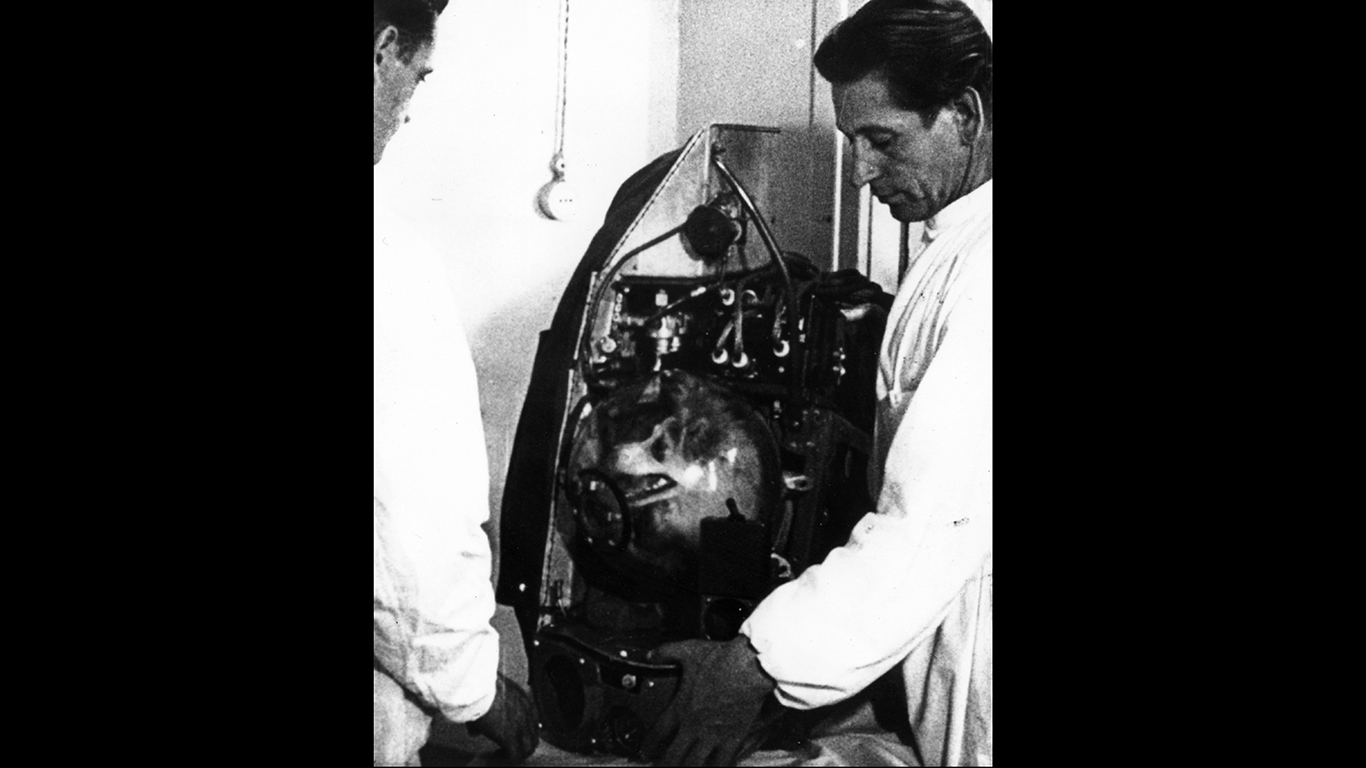 Before there was one giant leap for mankind, animalkind was paving the way for humans in space. Scientists were unsure of the effects of prolonged weightlessness on humans, and wanted to test the possible dangers of space flight on animals first. American and Russian space programs used animals — typically monkeys, chimps, and dogs — to experiment, starting in the late 1940s. These experiments were not always successful, with several of the animals dying in the process. The first animal to be launched into orbit was no exception. On November 3, 1957, the Soviet Union launched Sputnik II with a dog named Laika (“Barker”). A stray dog, who was quickly trained, she died within hours, and without a viable re-entry plan, was never recovered from space.

ALSO READ: Inventions We Use Every Day That Were Actually Created for Space Exploration 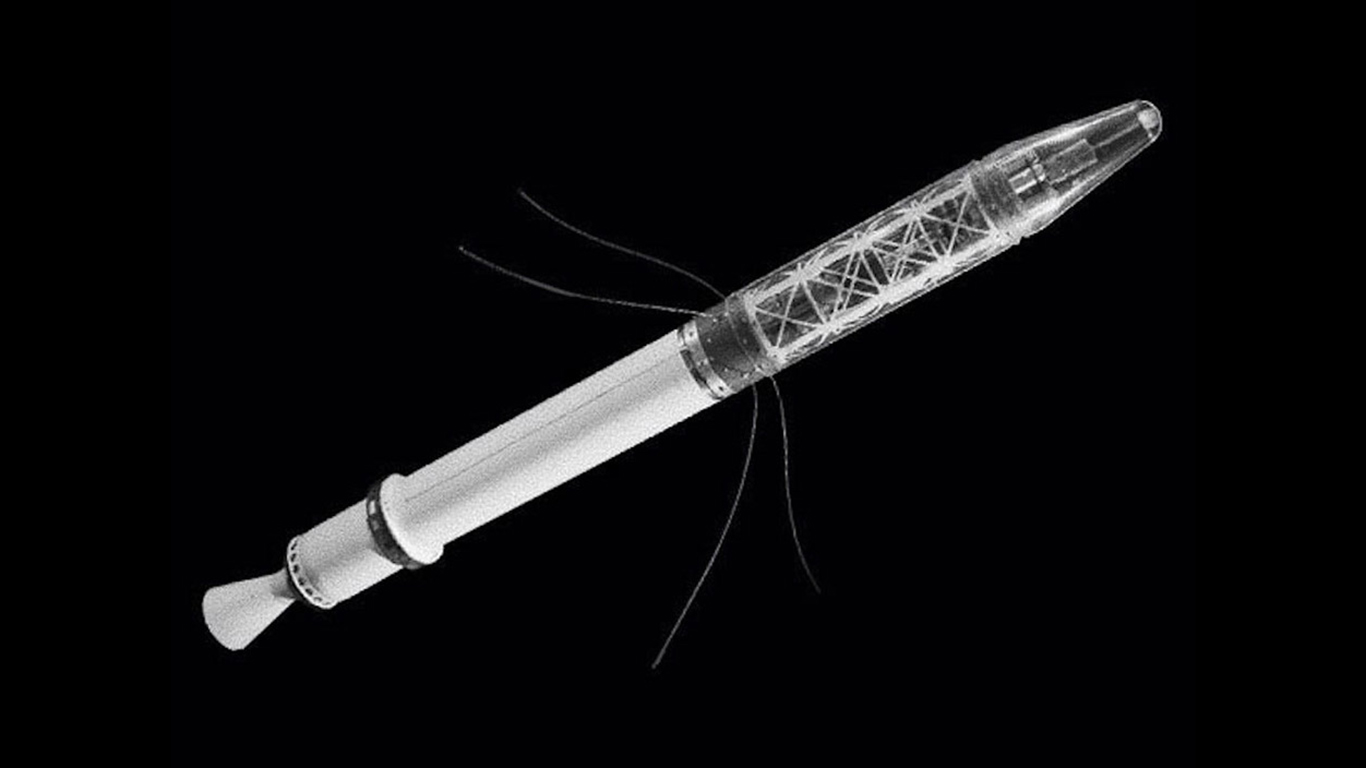 Spurred by the Soviet Union’s launch of Sputnik, the U.S. ramped up its own efforts to put a satellite into orbit. The first attempt exploded on national television during the launch. But about two months later, on January 31, 1958, NASA succeeded with Explorer 1, designed by the Jet Propulsion Laboratory. The satellite made one orbit about every 115 minutes, until burning up in Earth’s atmosphere on March 31, 1970. Explorer 1’s main science instrument was a cosmic ray detector that measured the radiation environment in Earth orbit, which revealed a much lower cosmic ray count than previously thought. 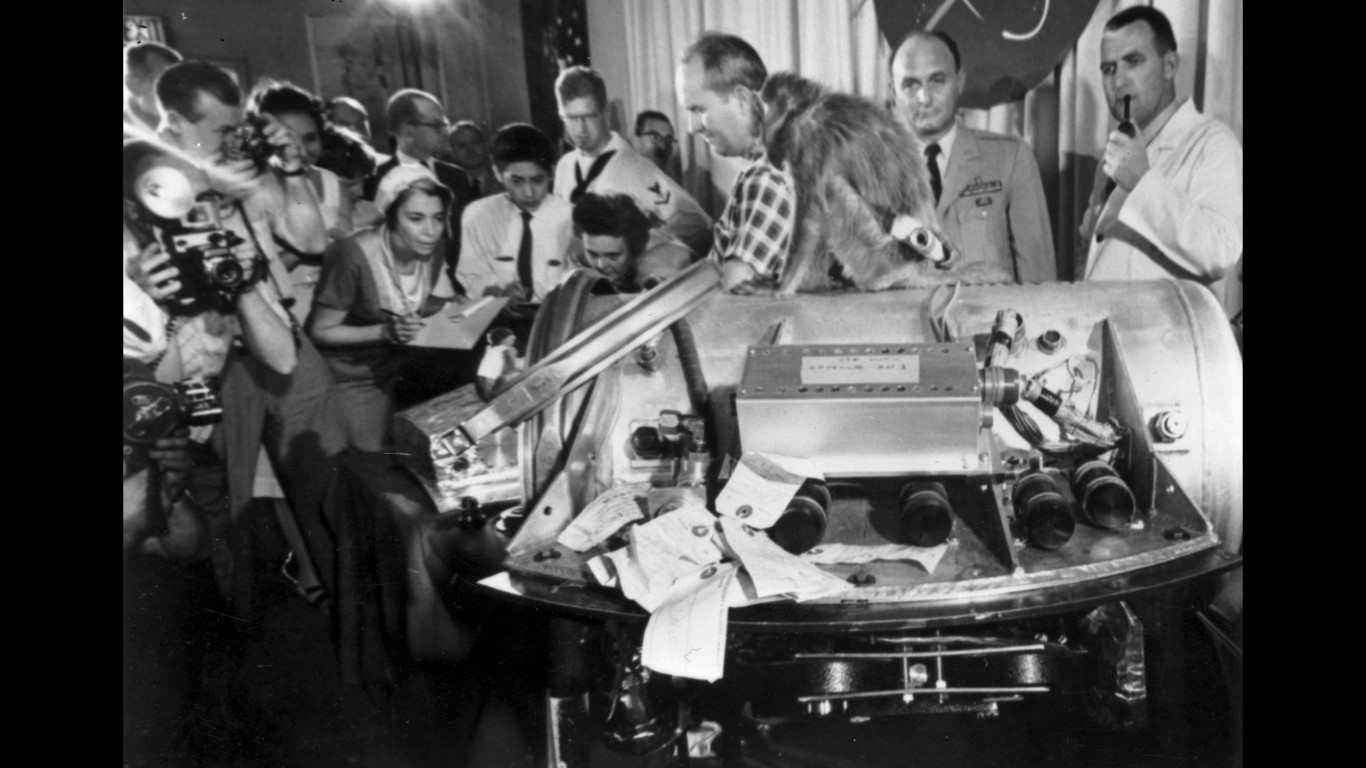 A rhesus monkey named Albert I was first launched into space from White Sands, New Mexico on June 11, 1948 to test the effects of long-term weightlessness on humans. Albert died during his flight, and subsequent flights with other test monkeys also failed to recover a subject alive. Finally, on May 28, 1959, a rhesus monkey named Able and a squirrel monkey named Baker reached an altitude of 300 miles and survived the entire journey. Unfortunately, Able died only a few days later from anesthesia complications while doctors were removing an electrode from under her skin. Baker died of kidney failure at age 27 in 1984. 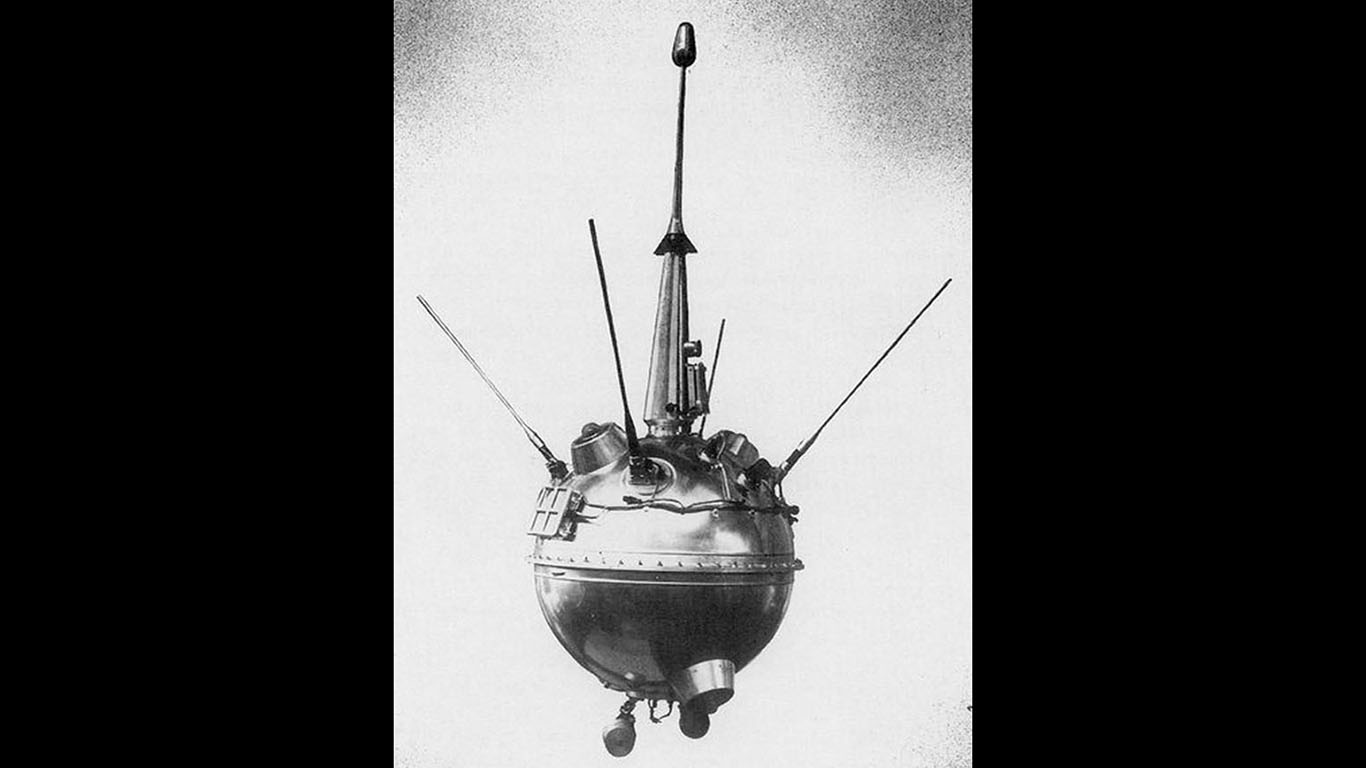 The Soviet probe Luna 2 crashed onto the surface of the moon on September 14, 1959, becoming the first man-made object to reach it. Part of its mission was also to experiment on the behavior of gas in space, confirm that the moon had no appreciable magnetic field, and look for evidence of radiation belts. Luna 2 was part of a series of unmanned lunar probes launched by the Soviet Union. Luna 1 (January 2, 1959) was the first to escape Earth’s gravity, but failed to reach the moon.