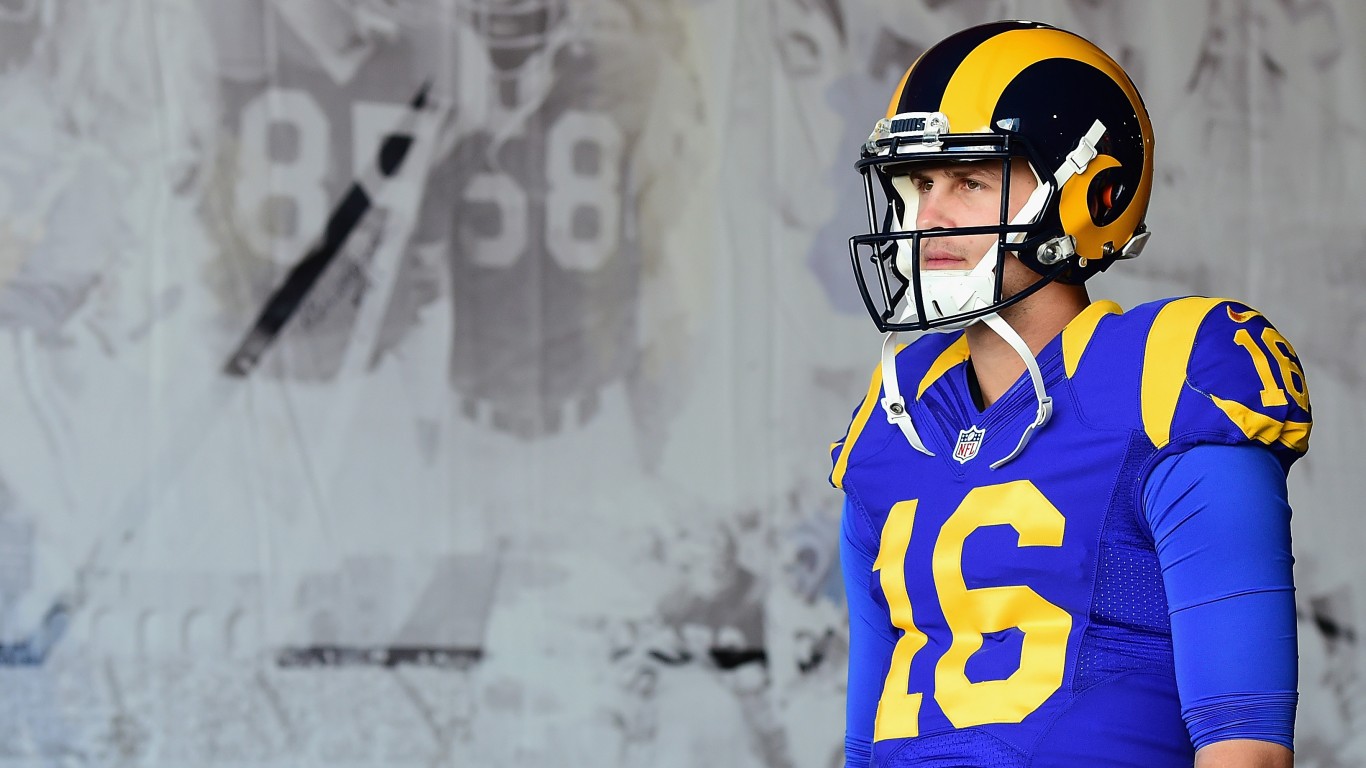 Jared Goff had the third highest cap hit of any NFL player in 2020, at $28.8 million. He signed a massive four-year, $134 million contract after leading the L.A. Rams to the Super Bowl in the 2018 season, but he never quite lived up to the deal.

Goff threw for 20 touchdowns and 10.7 yards per completion in 2020, both the lowest of his four full seasons as a starting QB. Goff’s approximate value — a measure of a player’s overall positive impact on his team — was nine, also his lowest as a starter. For context, MVP Aaron Rodgers had an AV of 17, and Aaron Donald led the NFL with 20. Following the 2020 season, Goff was traded to the Detroit Lions, along with two first round picks, for QB Matthew Stafford. 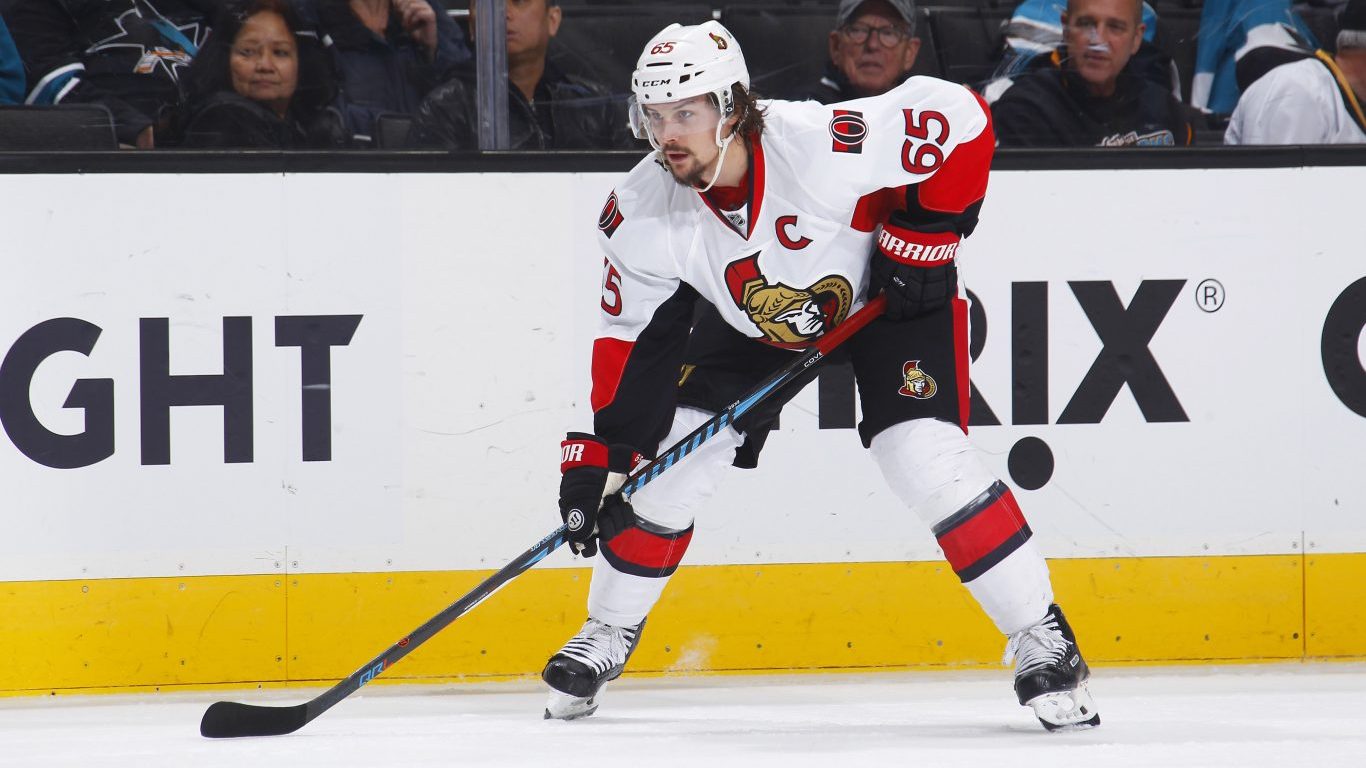 In the 2020-2021 season, Erik Karlsson recorded 2.9 point shares in 52 games. Eight seasons earlier, he had 3.6 point shares in just 17 games. The latest season was also the first time in Karlsson’s 12-year career he recorded less than 1.0 assists per 60 minutes.

Karlsson’s $11.5 million cap hit was tied for the fourth highest in the NHL, but his 2.9 point shares ranked near the middle of the 600 NHL players with significant game time in the 2020-2021 season.

24/7 Wall St.
Sports Franchises With The Most Consecutive Winning Seasons 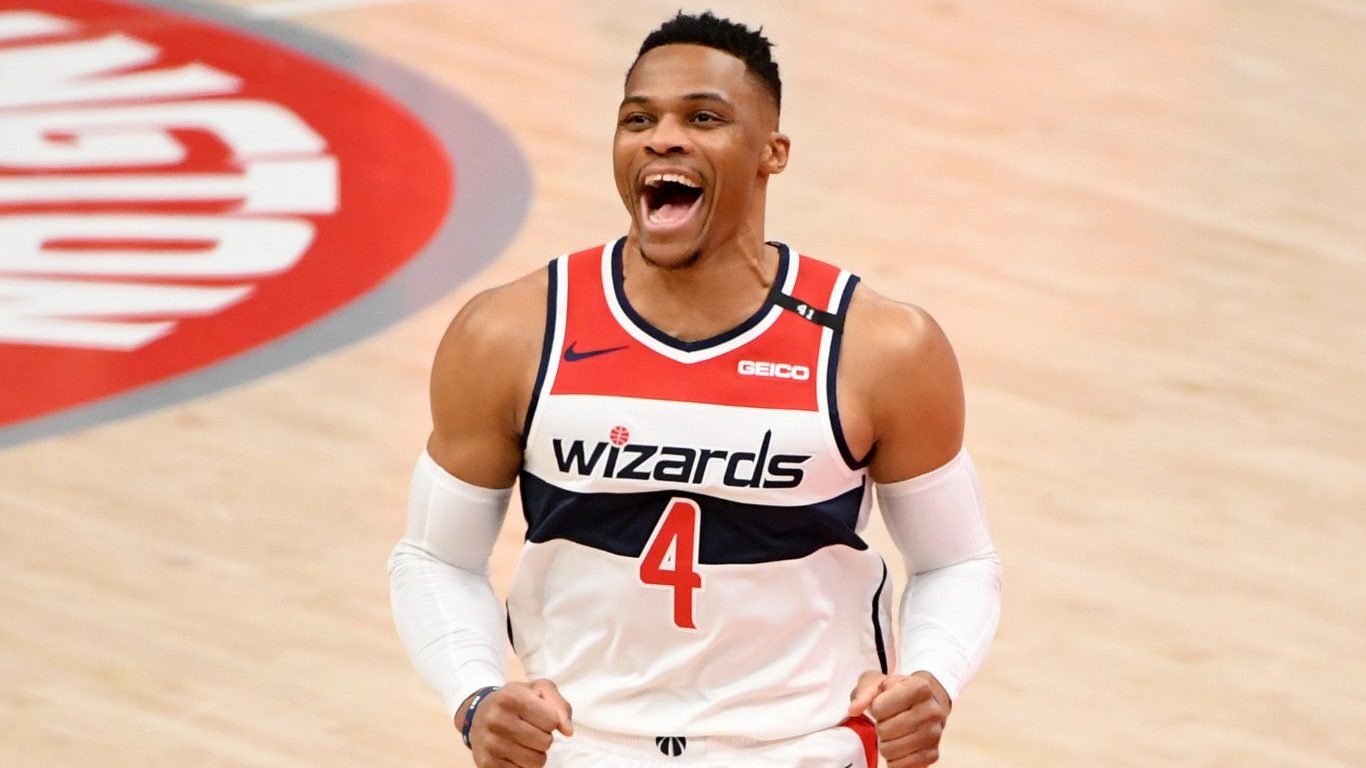 Russell Westbrook had an enormous cap hit of nearly $41.4 million in the 2020-2021 season — tied for second-highest in the NBA with Chris Paul, behind only Steph Curry. That high of a cap hit can be difficult to live up to, even for a superstar like Westbrook. Though he averaged a triple double in the 2020-2021 season, his first with the Washington Wizards, he turned the ball over more often than in recent years and saw both his scoring and shooting percentage decline significantly.

Westbrook was not named an All Star for the first time in seven years. The Wizards made the playoffs, despite their 34-38 record. They lost in the first round to the Philadelphia 76ers. 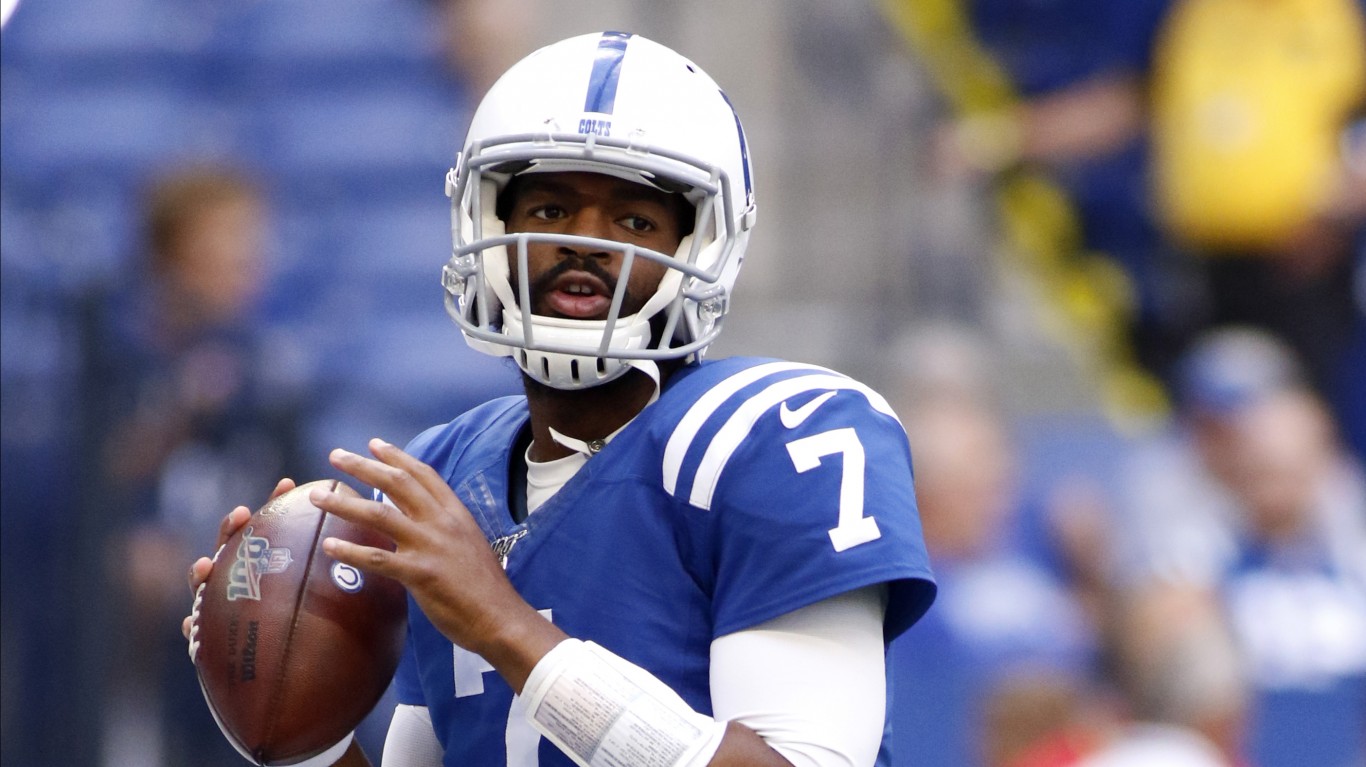 Jacoby Brissett was slated to be a backup QB behind Andrew Luck of the Indianapolis Colts in 2019. When Luck retired abruptly during the preseason, Brissett was thrust into the starting job and given a two-year, $30 million contract to match his status as a starting NFL QB. The contract was back loaded to make his cap hit $21.4 million in 2020, the 19th highest cap hit for that season.

After one season as the starter, Indy signed Philip Rivers, making Brissett the backup again. Yet Brissett did play in 11 games, taking snaps certain in goal line and other specific scenarios — playing enough to qualify for this list, but not enough to make a major difference for his team. After the 2020 season he signed a one-year, $5 million deal with the Miami Dolphins to back up Tua Tagovailoa. 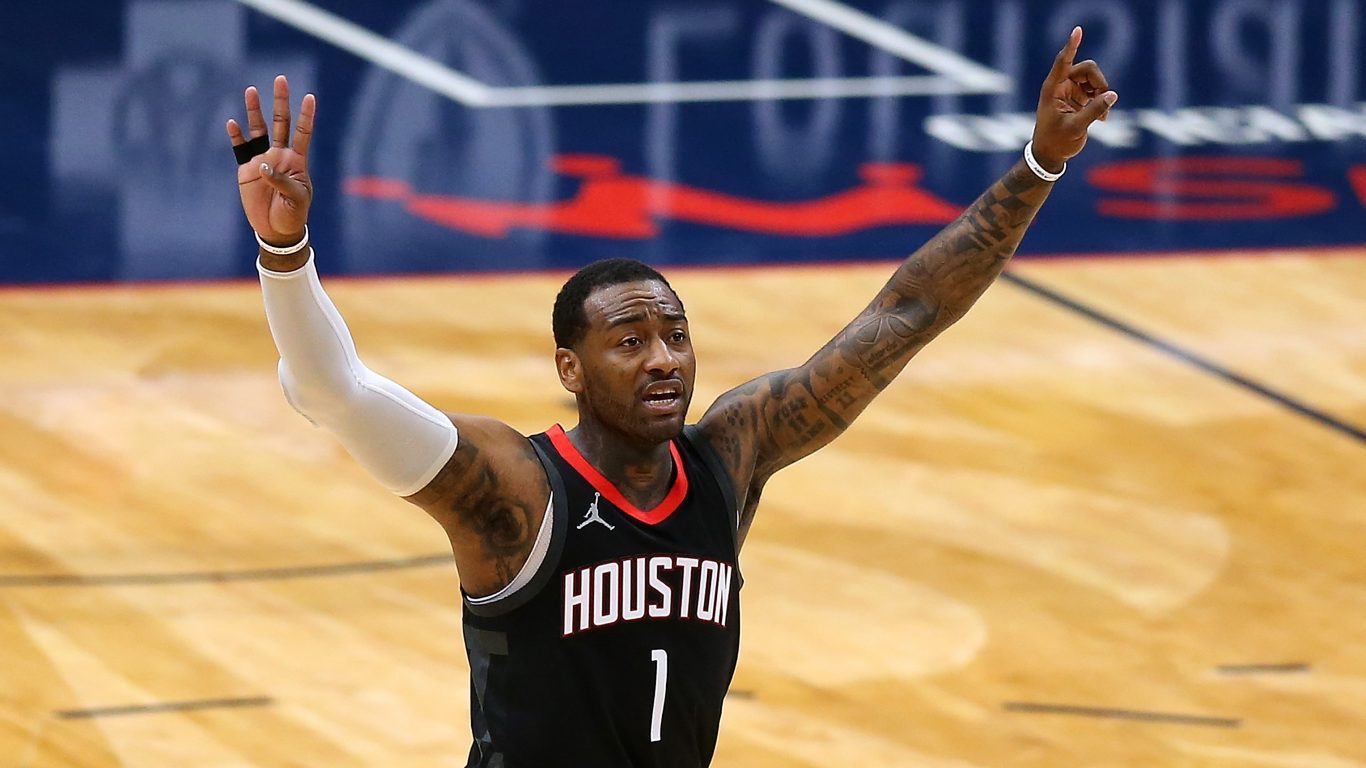 John Wall had a cap hit of $41.3 million during the 2020-2021 season but struggled on the court, making him the most overpaid athlete in pro sports. His cap hit was tied for the fourth highest in the NBA, but he had negative win shares — indicating that he hurt the Houston Rockets more than he helped them while on the court.

Wall shot just 40.4% from the floor, the lowest percentage of his career. His assists and rebounds per game also fell to career low levels. Wall’s season went from bad to worse when a hamstring injury ended his season in late April. He played in only 40 games. Wall is set to earn over $91 million over the next two seasons.