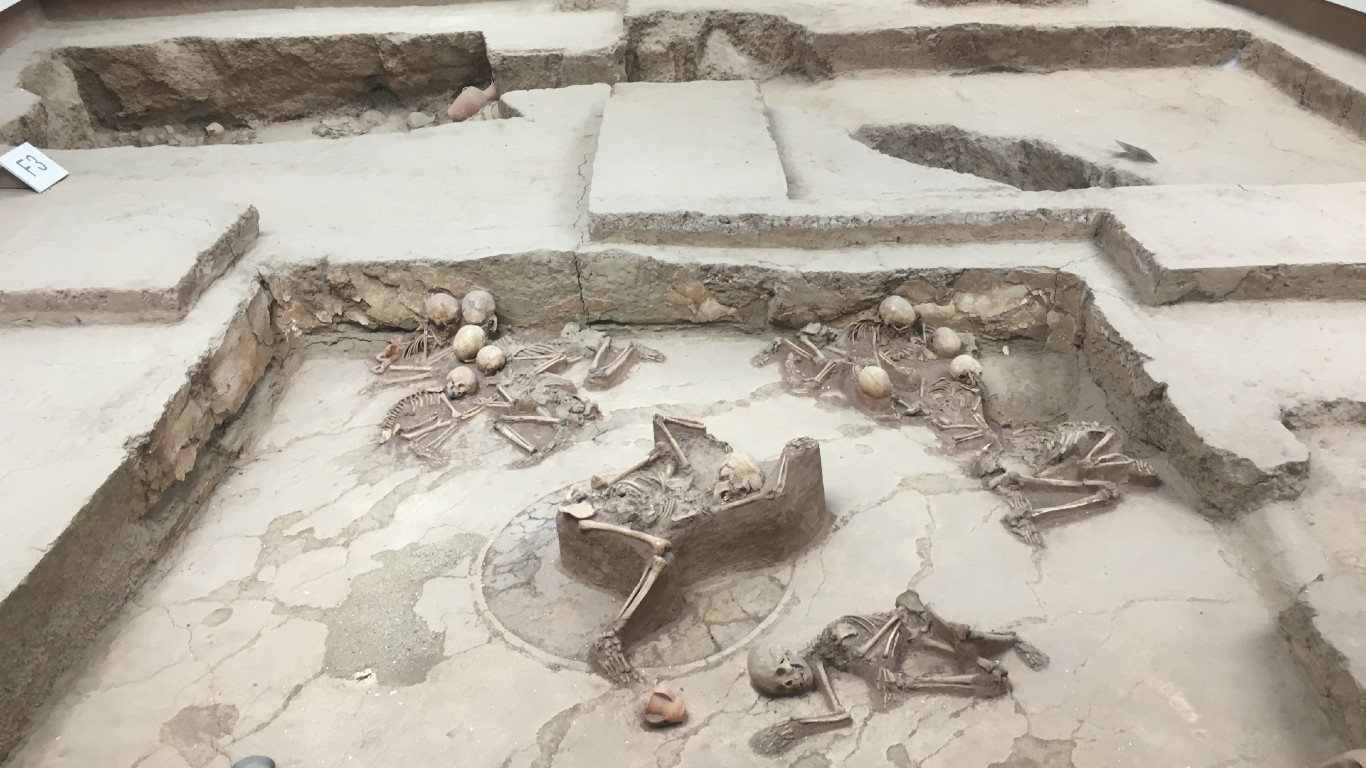 Around 4,000 years ago, an earthquake caused massive mudslides that buried villagers along the upper Yellow River. Many preserved skeletons have been discovered at Lajia, the remains of people cowering in their homes, often in protective poses over children. The Lajia site also contains pottery, the remains of domesticated sheep, and the oldest known noodles in the world — made from millet and found inside an overturned bowl. 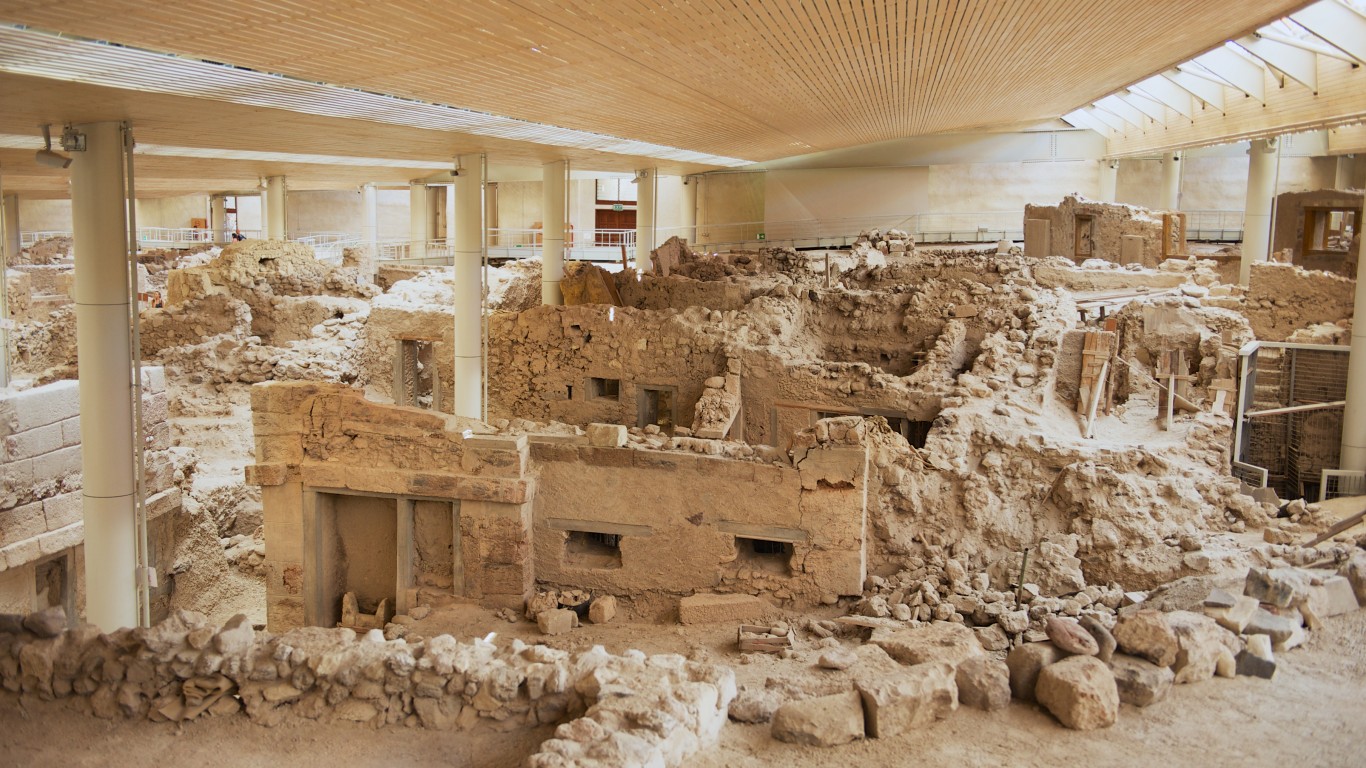 The island of Thera, now known as Santorini, was once home to a Bronze Age Minoan settlement called Akrotiri. Sometime around 1600 B.C., a volcanic eruption with a Volcanic Explosive Index of 6-7 (greater than that of Vesuvius) buried Akrotiri and formed the bay at the center of the island. Excavation of the site has revealed preserved buildings, art, pottery, and frescoes.

24/7 Wall St.
20 Islands That Will Disappear in Your Lifetime 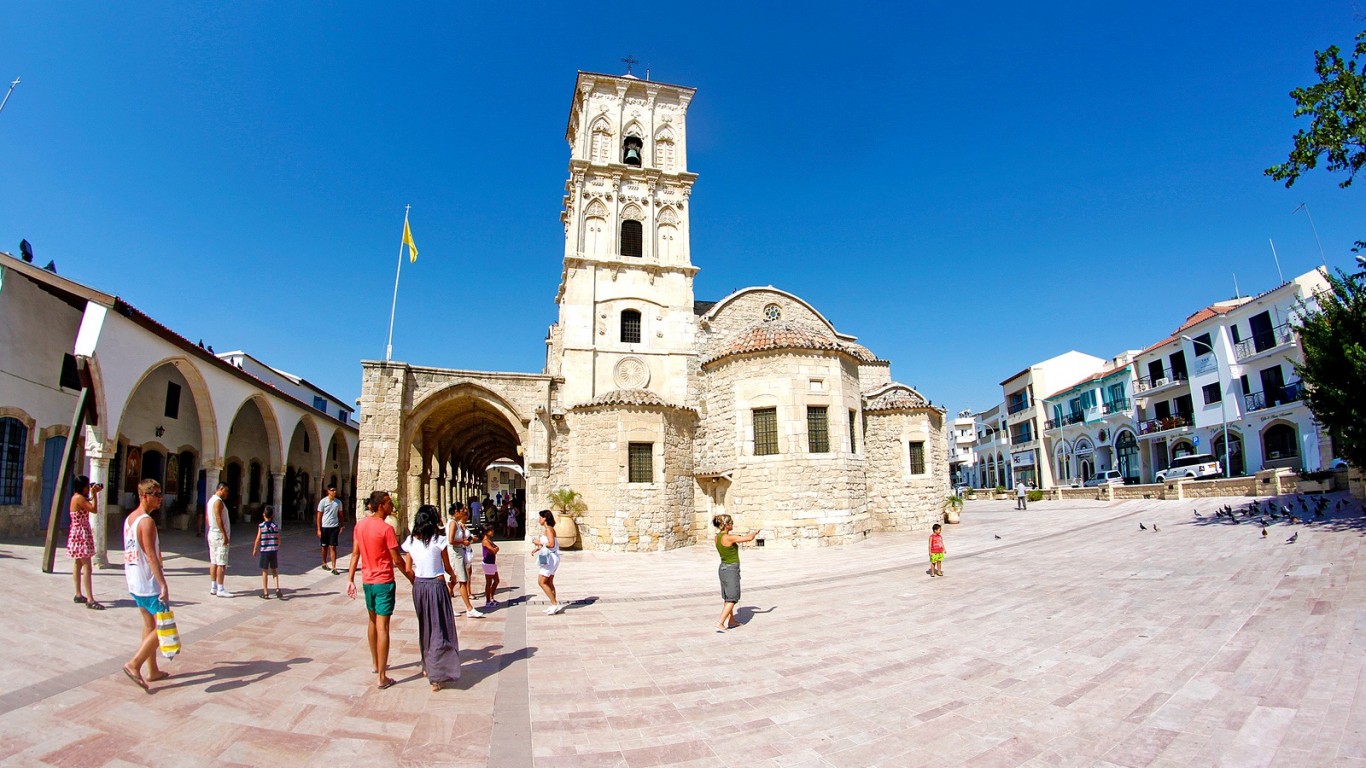 A victim of the so-called Bronze Age Collapse — a period from about 1250 to 1150 B.C. during which numerous Mediterannean civilizations were destroyed by various causes — the ancient city of Larnaca may have already begun a slow decline due to 300 years of drought. Sedimentary evidence from the city shows a distinct lack of rainfall, which likely led to famine, social and political upheaval, widespread death, and ultimately a massive exodus. 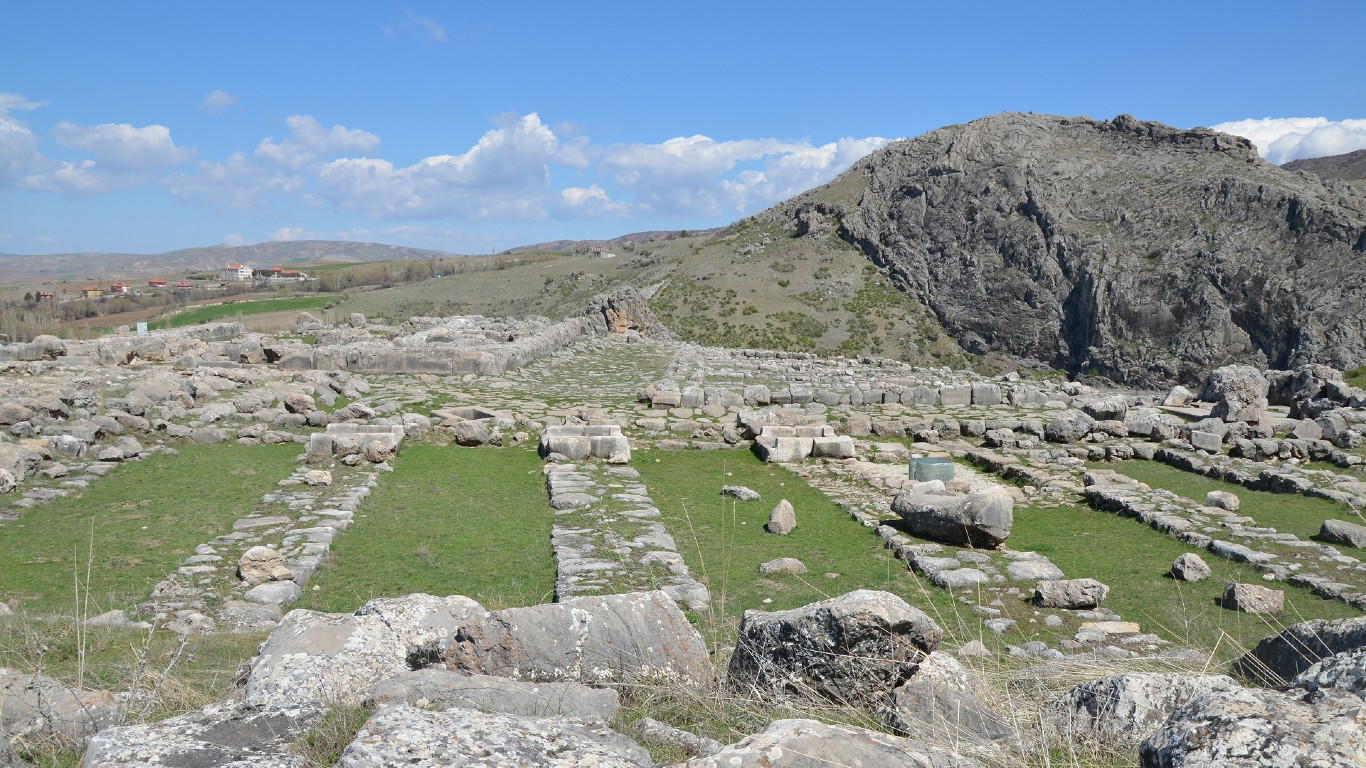 Another victim of the Bronze Age Collapse, the Hittite empire splintered due to climate change involving hundreds of years of drought and a slow drying up of the Mediterranean. The drought likely led to economic crisis, famine, and subsequent social upheaval. Similar declines during the same time period in Mycenaean Greece and New Egypt have been attributed to the same change in climate. 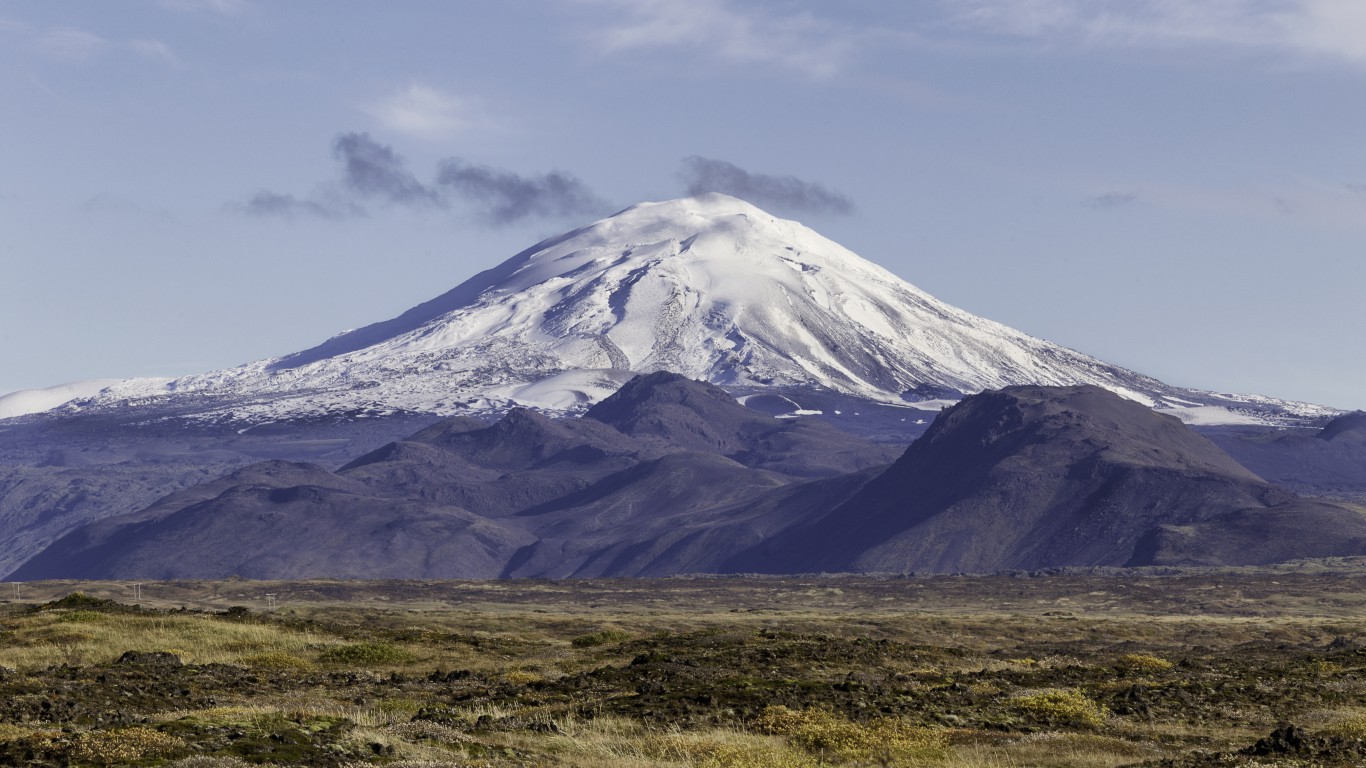 What does an Icelandic volcano have to do with the Bronze Age Collapse of the Egyptian Empire? Some Egyptologists blame a cataclysmic eruption of Iceland’s Hekla volcano — which spewed so much rock into the atmosphere that the Earth experienced years of cooling afterward — for the climate change and widespread famines that led to the decline of Egypt under Ramesses III.