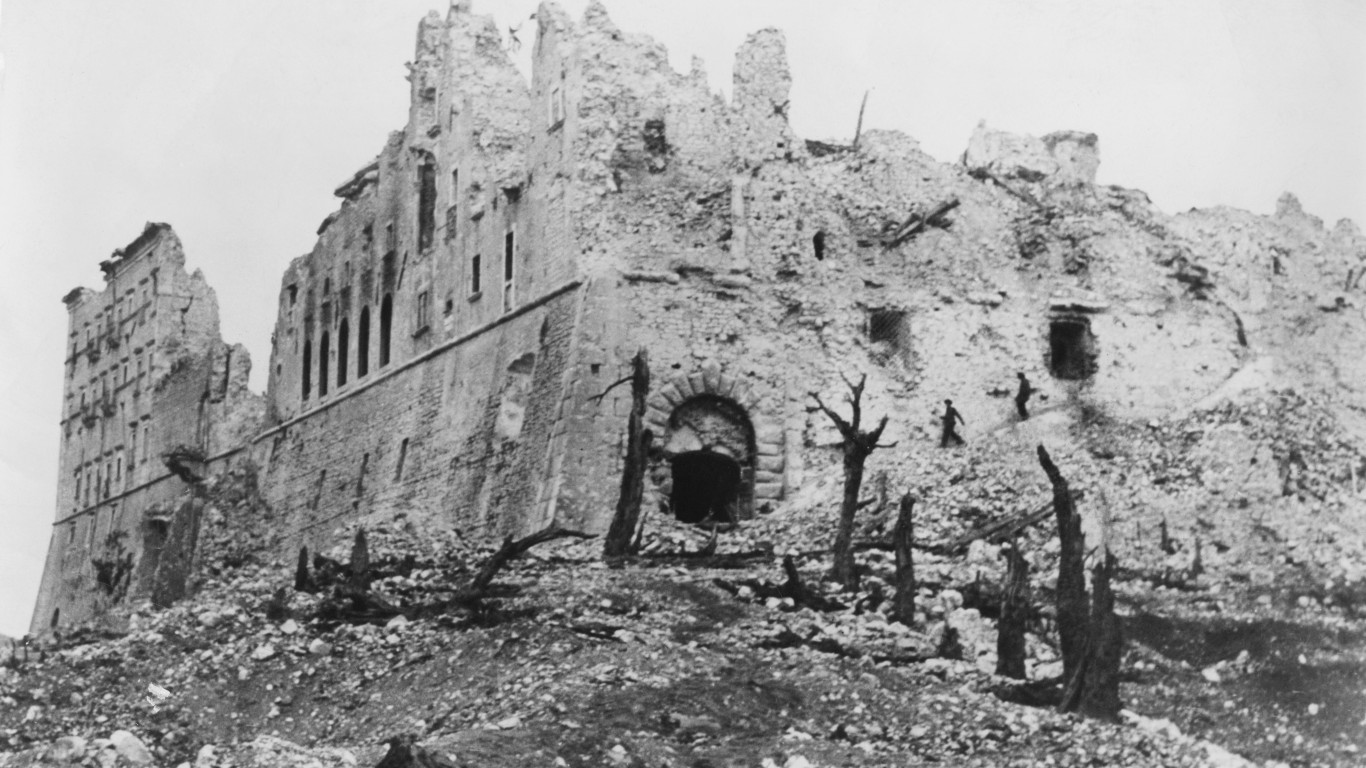 Scenic Cortina d’Ampezzo, Italy, in the southern part of the Alps, near the Austrian border, was due to be the location of the 1944 Winter Olympic Games. But with war raging in Italy, the event was canceled. 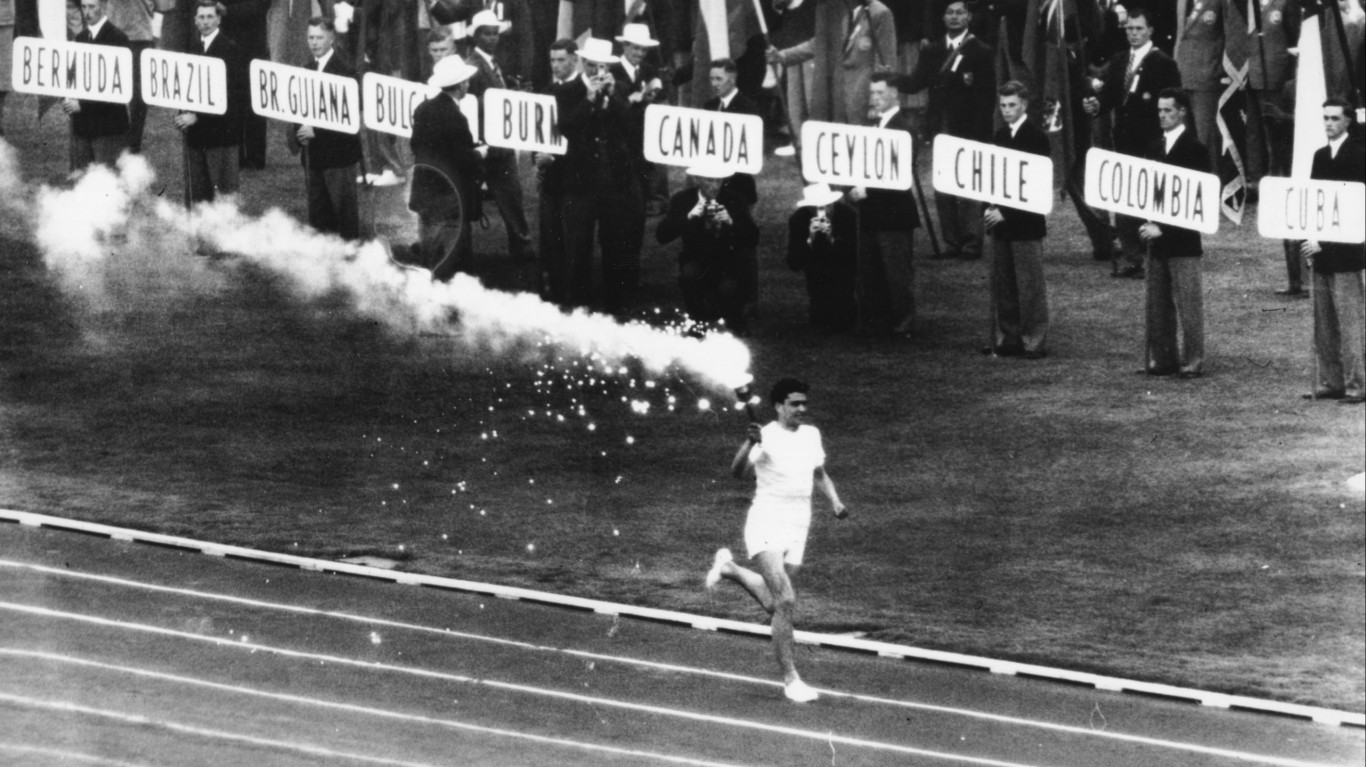 The 1956 Summer Olympic Games in Australia were the first Olympics held outside of Europe and the United States. The event was very contentious, with some nations boycotting it for a variety of reasons. A month before the Games began, the Netherlands, Spain, and Switzerland withdrew after Warsaw Pact troops led by the Soviet Union invaded Hungary to suppress the Hungarian Revolution. The People’s Republic of China pulled out because Taiwan, which China considered a breakaway province, was permitted to compete as a separate country. Egypt, Iraq, and Lebanon boycotted because of the Suez Canal Crisis, in which the British, French, and Israelis invaded Egypt and seized control of the waterway. All was not acrimony in Australia, however. At the closing ceremony, for the first time athletes marched together in solidarity, without national affiliation, a tradition that continues to this day.

ALSO READ: Countries With the Most Gold Medals at Winter Olympics 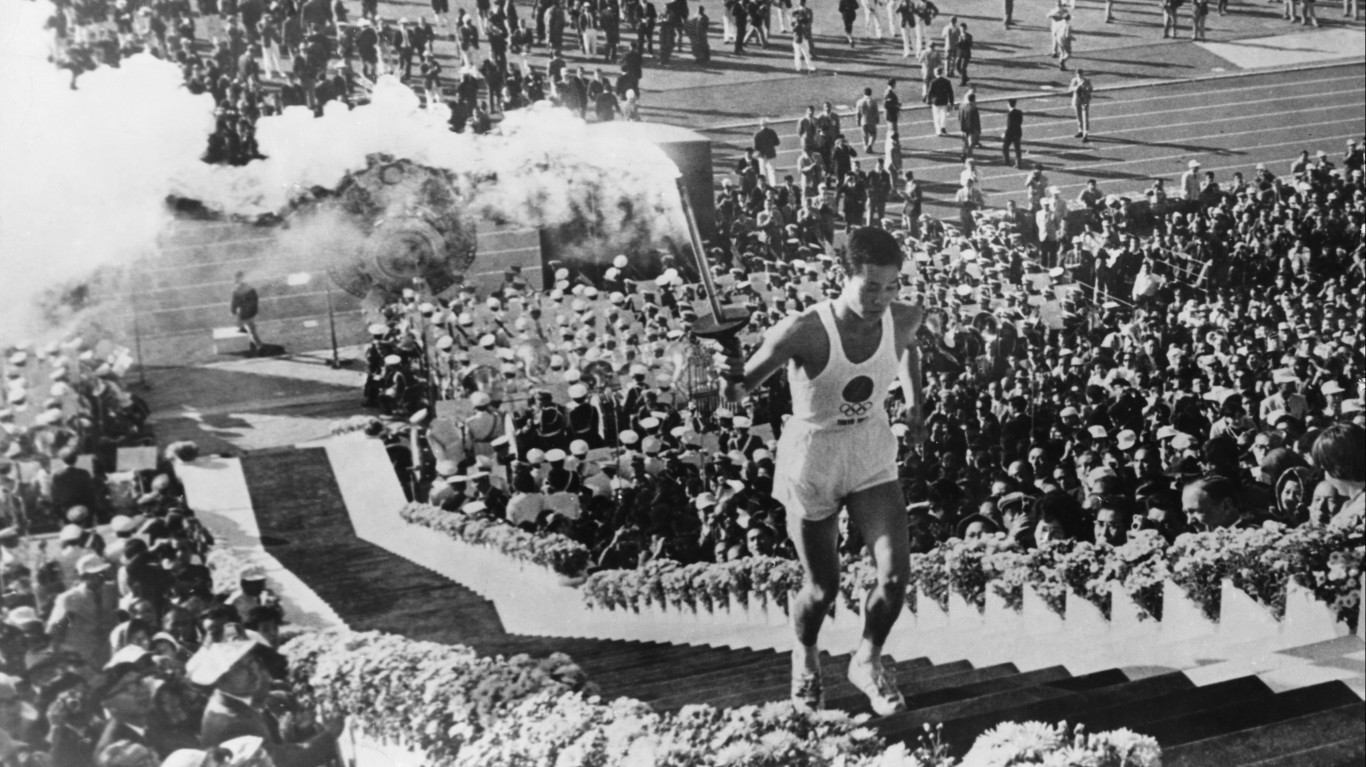 Politics reared its head in 1964 at the Tokyo Summer Olympics, the first held in an Asian nation – though Japan had been the original site of the canceled 1940 Summer and Winter Games. In 1963, Indonesia held what it called the Games of the New Emerging Forces, in which athletes from about 50 nations participated in Olympics-like events. The International Olympic Committee announced that it would ban any athletes who had been involved in the GANEFO from taking part in the 1964 Summer Games. As a result, Indonesia, China, and North Korea boycotted the Games. Also at the 1964 Olympics, South Africa was prohibited from participating for the first time because of its practice of apartheid. The ban lasted until 1992. 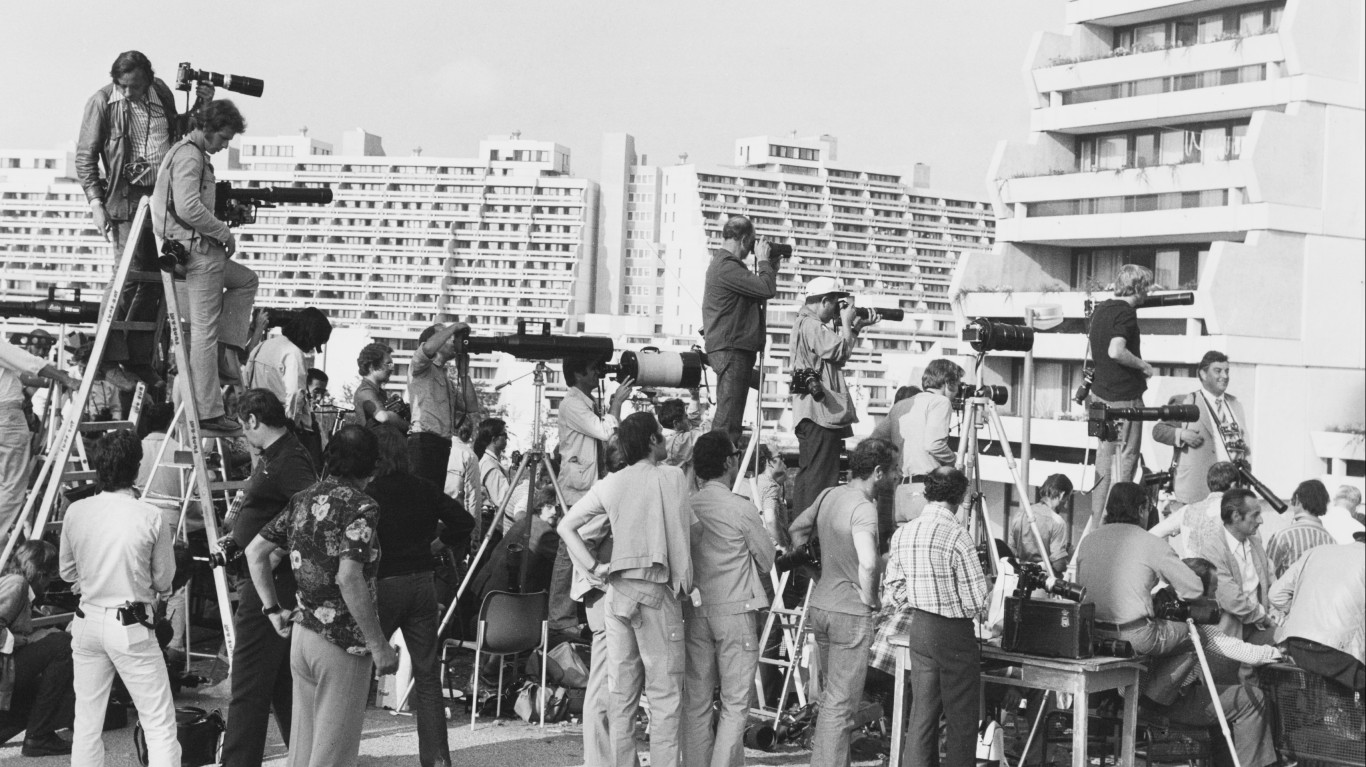 The 1972 Summer Olympic Games were the second Olympiad held in Germany, 36 years after the Games in Berlin under the Nazi regime in 1936. The West German government intended to frame the event as “the cheerful Games,” to draw a contrast with its predecessor. After the first week of competition, however, Palestinian terrorists stormed the Olympic village and took Israeli athletes and coaches as hostages. An attempt to rescue them failed, and 11 Israelis were killed, along with five terrorists and a West German policeman. Competition was suspended after the Palestinian attack, but the Games resumed after 36 hours. 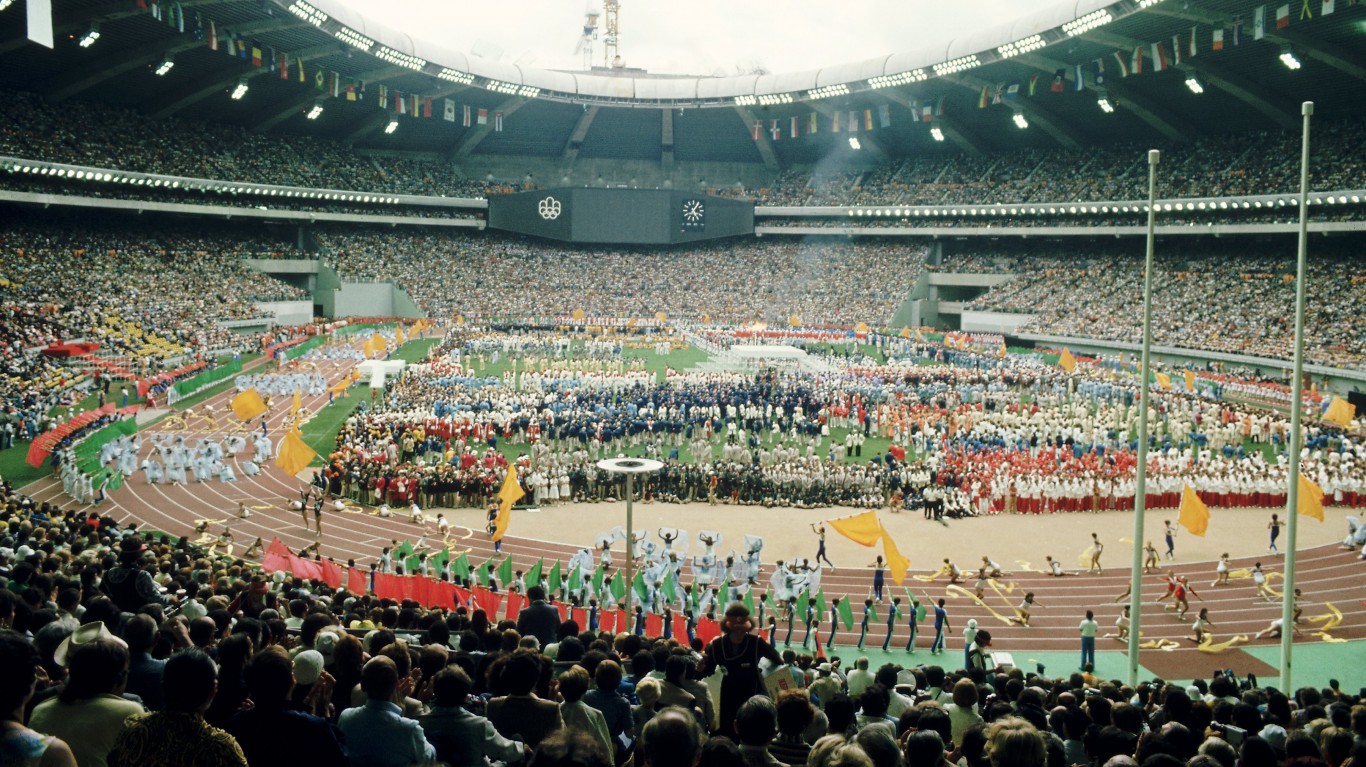 Twenty-eight African nations boycotted the 1976 Summer Olympics in Montreal – the first time Canada hosted an Olympiad – because of the participation of New Zealand, whose national rugby team had flouted an international sports embargo against South Africa and its apartheid policies and toured that nation earlier in the year. Tanzania led the action, which involved more than 400 athletes. Separately, Taiwan withdrew from the Games when Canada refused to let its team compete as the Republic of China.