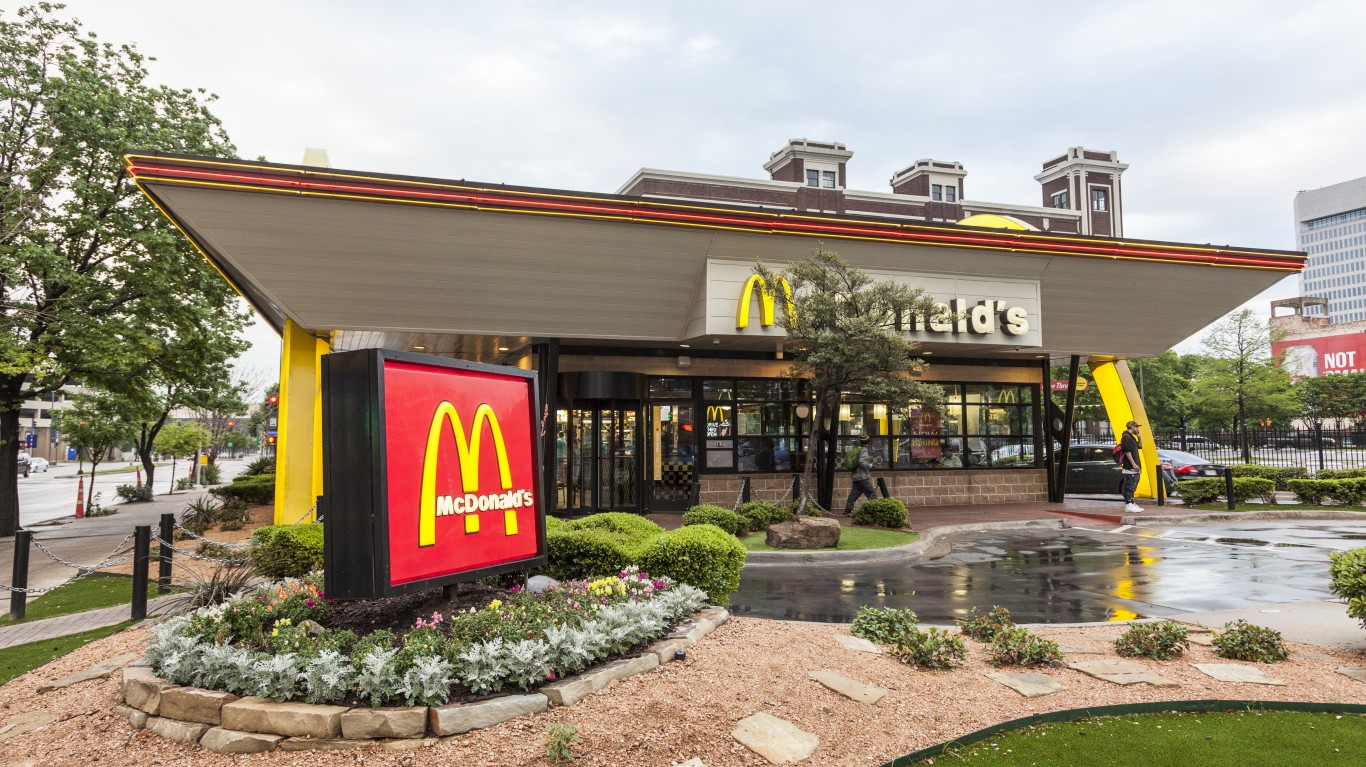 After running an ultimately unsuccessful movie theatre, brothers Richard and Maurice “Mac” McDonald opened a hotdog stand called The Wigwam in the San Gabriel Valley, later moving on to a drive-in they christened McDonald’s Barbecue further east. Soon they’d dropped the drive-in carhops and decided to focus on burgers, fries, and shakes. A salesman for the company that made milkshake machines, Ray Kroc, noticed that the McDonalds were buying a lot of them, a sign of success, and hired on as their franchise agent. He eventually bought out the brothers, and the rest is fast-food history. Today, McDonald’s is by far the largest restaurant chain in existence, serving burgers and more in about 120 countries and recording sales in the U.S. alone last year of almost $40 billion. 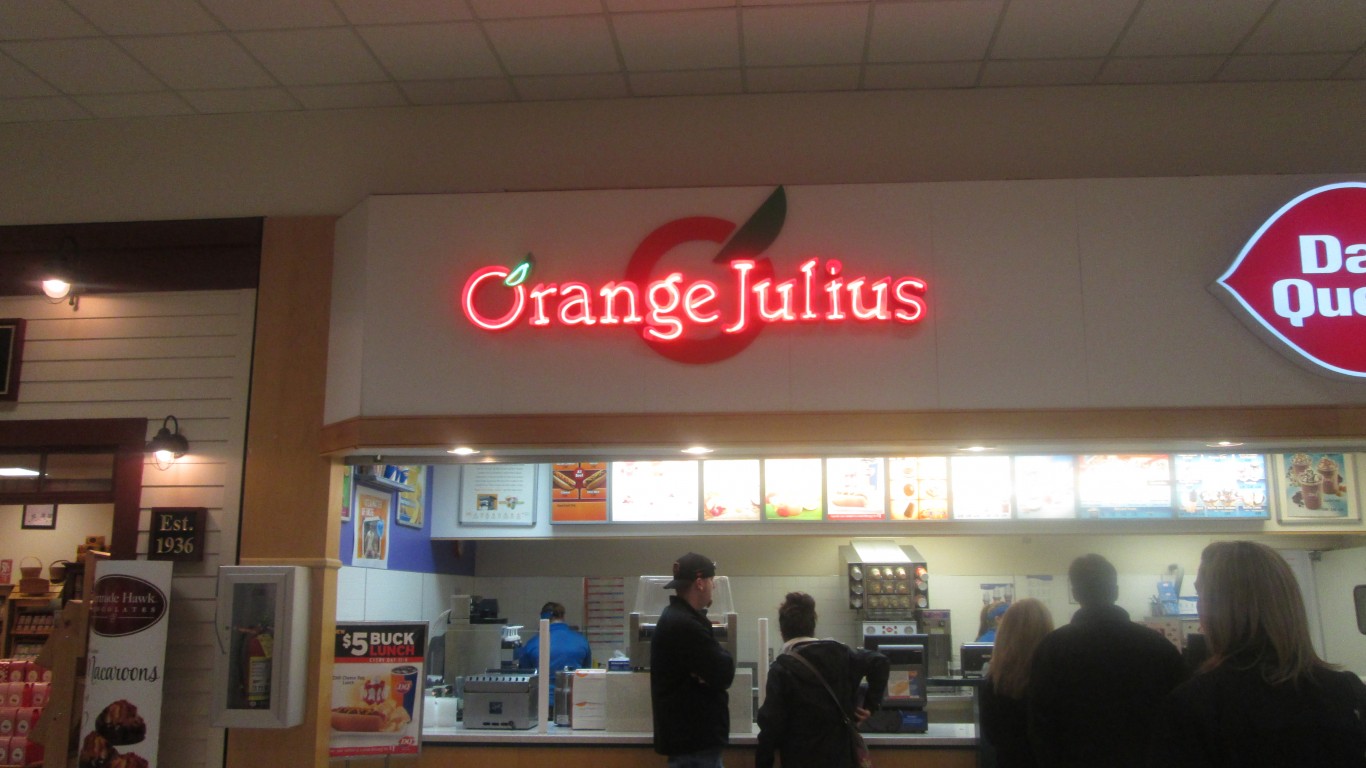 Orange groves used to cover much of Los Angeles, San Bernardino, and (obviously) Orange counties, but fresh orange juice wasn’t often sold until Julius Freed opened his juice stand in downtown L.A. An early customer, who found that straight orange juice upset his stomach, came up with a recipe for a milder beverage, using all-natural ingredients, based on the juice. Customers loved it, and the operation grew from a single unit to a hundred in three years’ time. Today, there are 396 around the U.S., with almost a quarter of those in Texas, with more internationally, and Orange Julius products are widely sold in supermarkets nationwide.

ALSO READ: Where People From California Are Moving to the Most 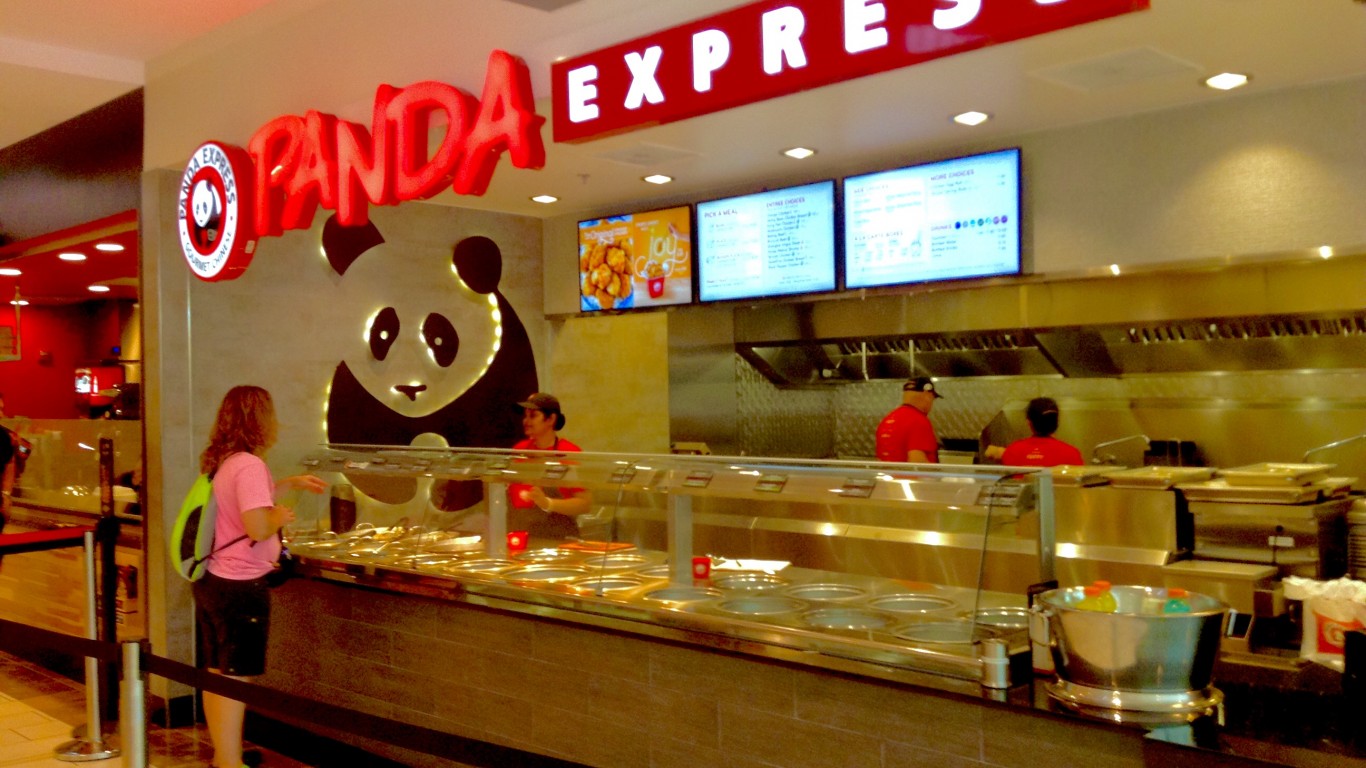 The largest Asian-themed restaurant chain in America, with over 2,200 locations, Panda Express grew out of a Chinese restaurant opened in Pasadena, California, in 1973 by a master chef named Ming Tsai Cherng and his son, Andrew. In 1983, the management company behind Glendale Galleria, a shopping mall one town over from Pasadena, asked the Cherngs to develop a fast-food version of their restaurant for their food court. It proved popular, and a second food court location opened at the Westside Pavilion in West Los Angeles two years later. In addition to its now-widespread U.S. presence, the chain also now has outposts in about a dozen other countries, mostly in Latin America and Asia. 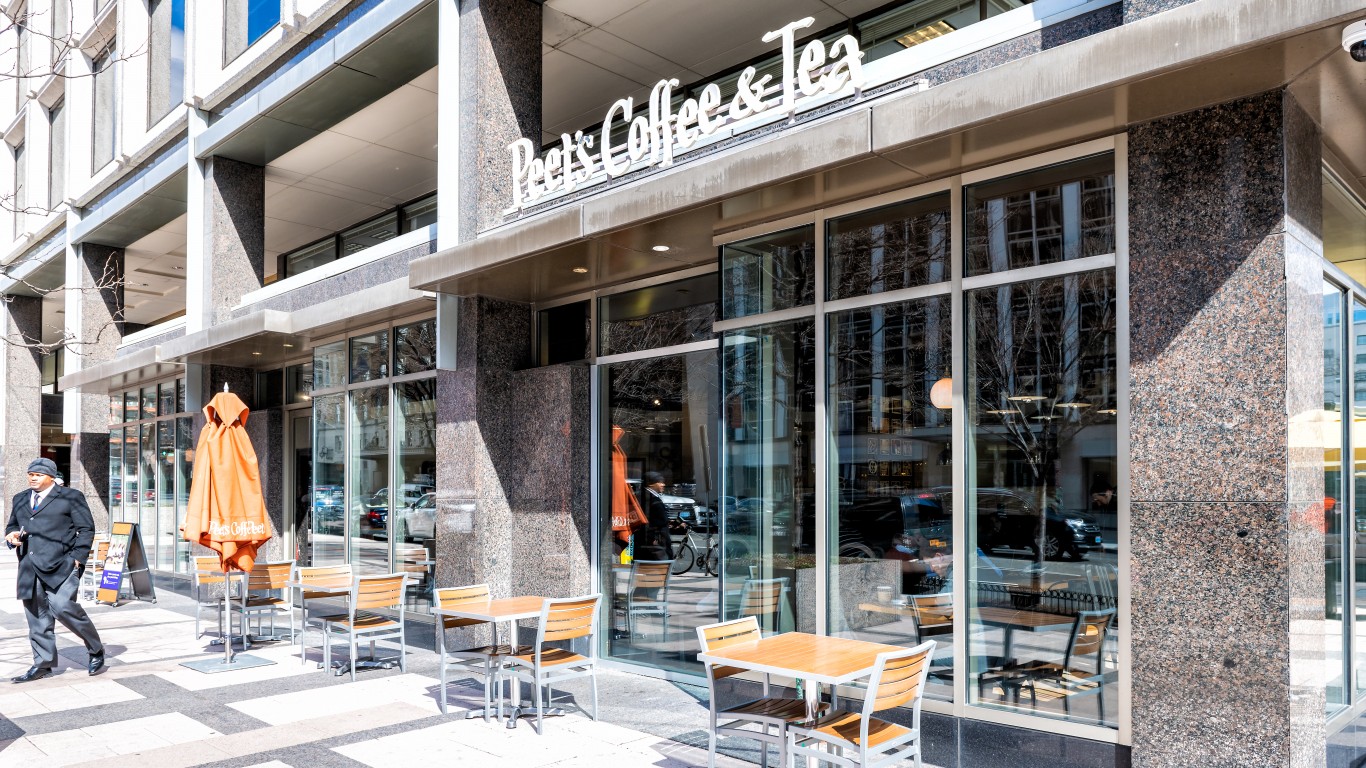 Known as “the Dutchman who taught America how to drink coffee,” Alfred Peet grew up helping out at his family’s small coffee roastery in The Netherlands, and later worked as a tea taster in Indonesia. When he moved to the San Francisco Bay Area in the 1960s, he was appalled by the quality of coffee he found, so opened a storefront in Berkeley selling coffee beans (roasted in-house), along with tea and spices. He taught countless acolytes — including the eventual founders of Starbucks — how to roast and brew coffee right. He expanded slowly, and in 1979, sold the company while remaining involved as coffee buyer. There are now about 340 Peet’s locations in the U.S., mostly in the West, and its beans are sold in an estimated 15,000 stores. 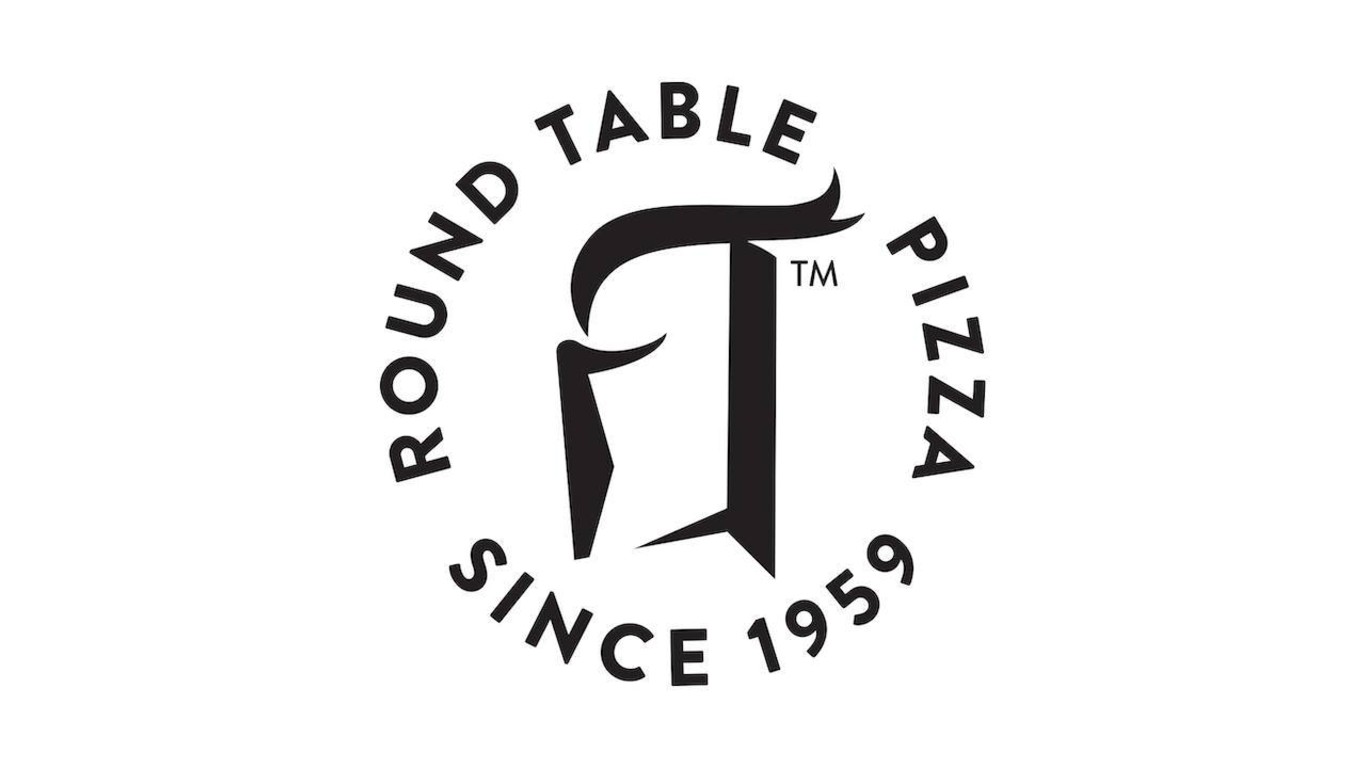 Source: Courtesy of Round Table Pizza

After working for a couple of other pizzerias, William Larson went into the pizza business for himself, opening in the historic Waterworks Building in Menlo Park on the San Francisco Peninsula. He and his father built the restaurant tables out of redwood, installing a round one in the middle of the dining room — which gave the place its name. He began franchising in 1962 and subsequently sold the business. There are more than 400 locations around America today, mostly on the West Coast. According to a press release issued when a new owner took over in 2017, there are also 10 international locations — but in “Made in California,” George Geary reports that there is only one left today — in Mongolia.