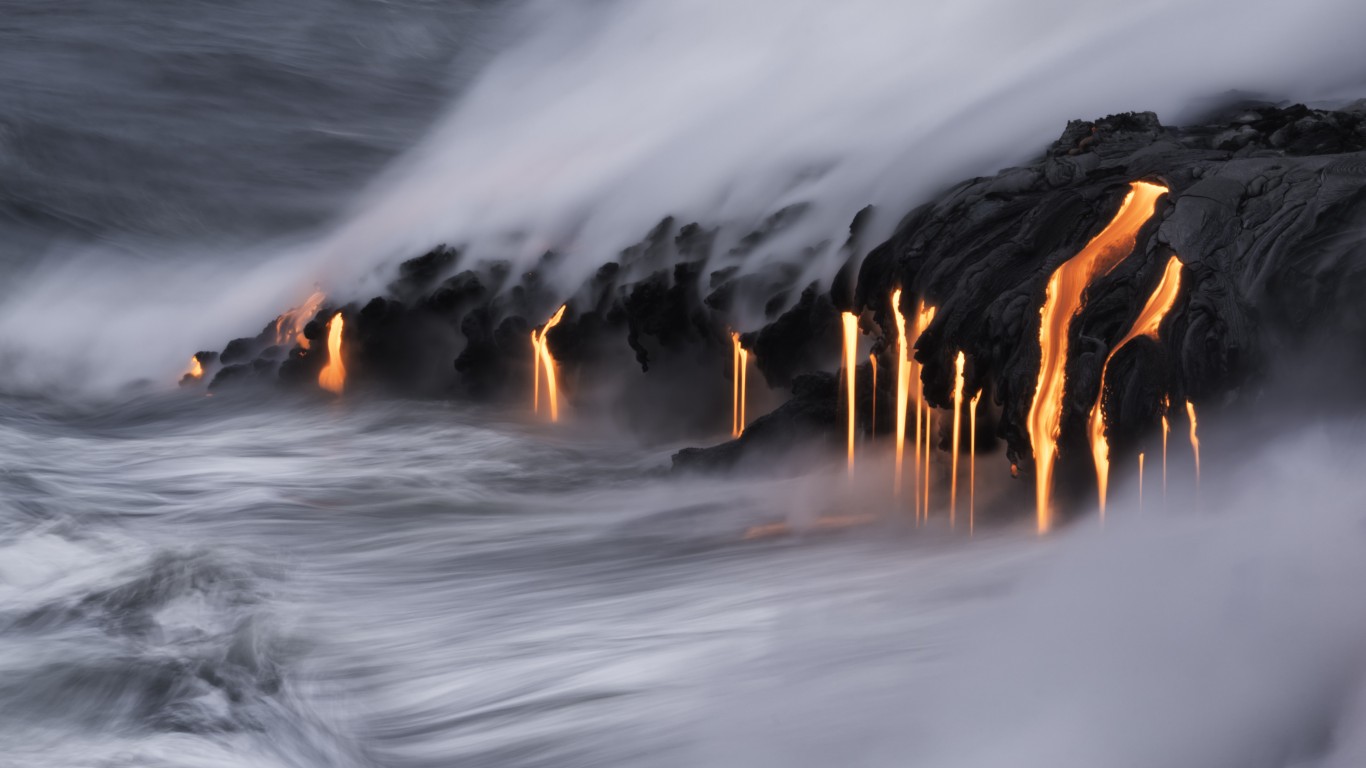 Kilauea is a shield volcano on the Big Island of Hawai’i, one of many in the archipelago that are active today. Kilauea has been active in several different ways. From 2008 to 2018 its crater had an active lava lake and there were near constant eruptions from vents on its eastern side. In 2018, activity shifted to a different part of the volcano and destroyed several nearby towns. 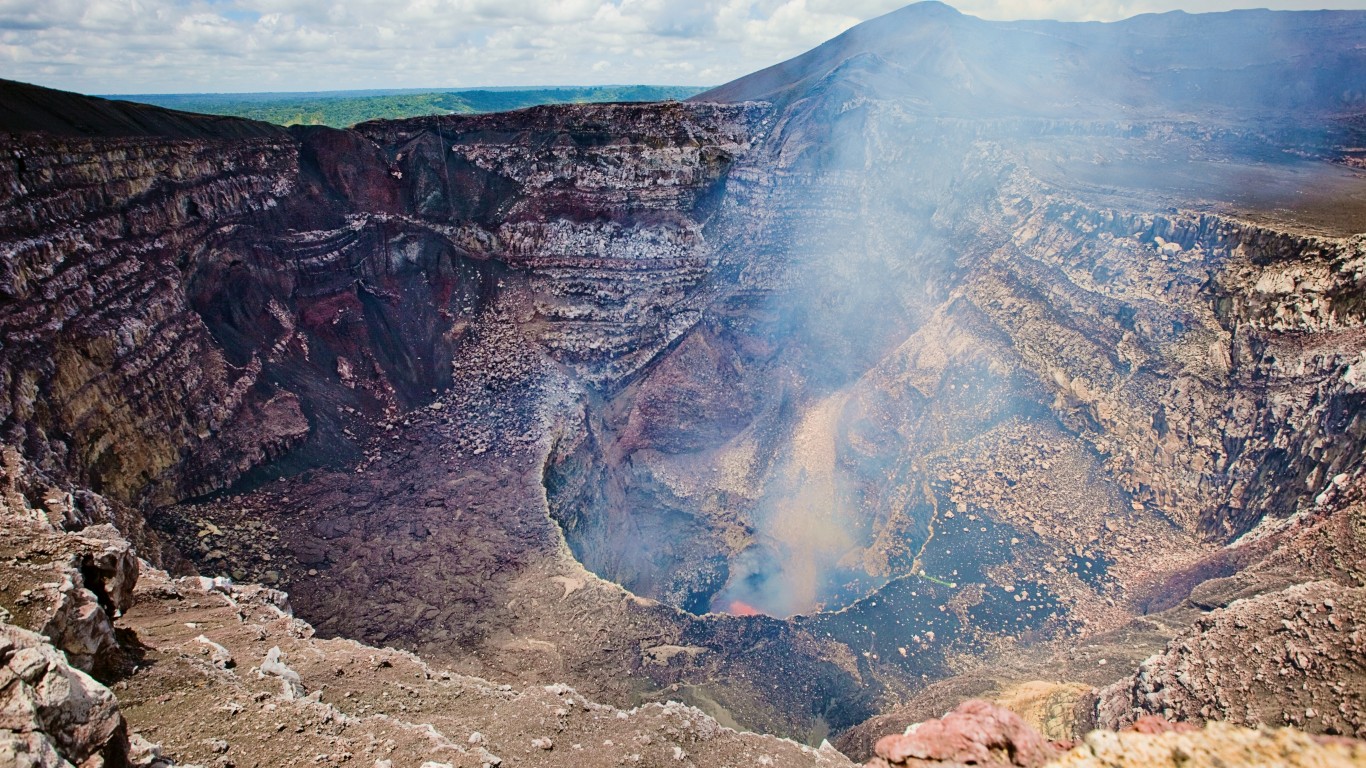 Masaya Volcano lies a little more than 10 miles from the outskirts of Managua, Nicaragua’s capital. It is a complex volcano made up of several nested calderas and craters. In the last 20 years, several smaller explosions have sent debris flying from the volcano, causing damage to nearby cars and structures. The volcano remains active but has mostly just let off volcanic gases and had several small explosions in recent years. In 2020, daredevil Nik Wallenda walked on a steel cable over one of the volcano’s calderas.

ALSO READ: The Deadliest Natural Disasters of All Time 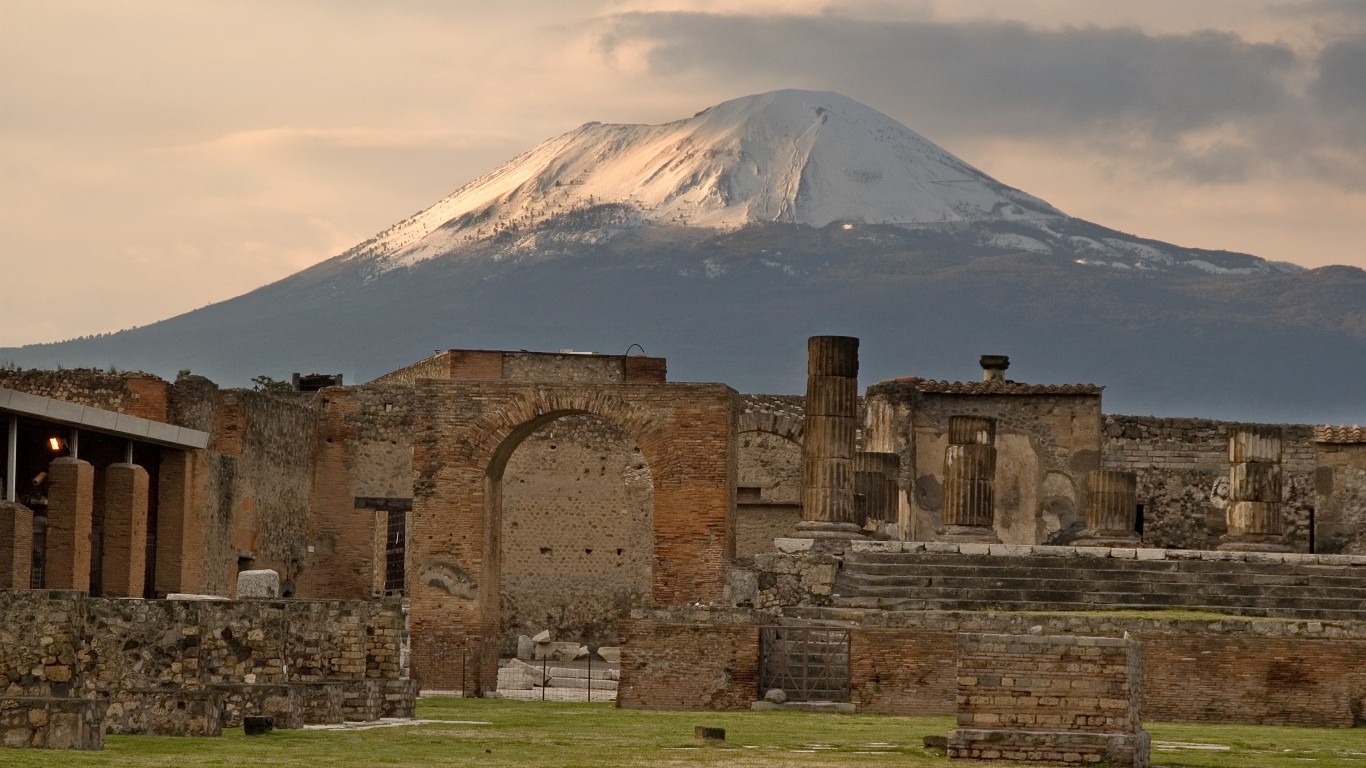 The eruption of Vesuvius and subsequent destruction of Pompeii is perhaps the most famous historical account of volcanic destruction. In the year 79, the mountain was ripped open by an explosion more powerful than that caused by some atomic weapons. Pompeii, along with several other cities, was rapidly buried under pyroclastic surges and ash. The speed of the event left many victims preserved as they had been moments before the eruption. The volcano continues to wreak havoc and is considered extremely dangerous because of the large population in nearby Naples and other settlements. 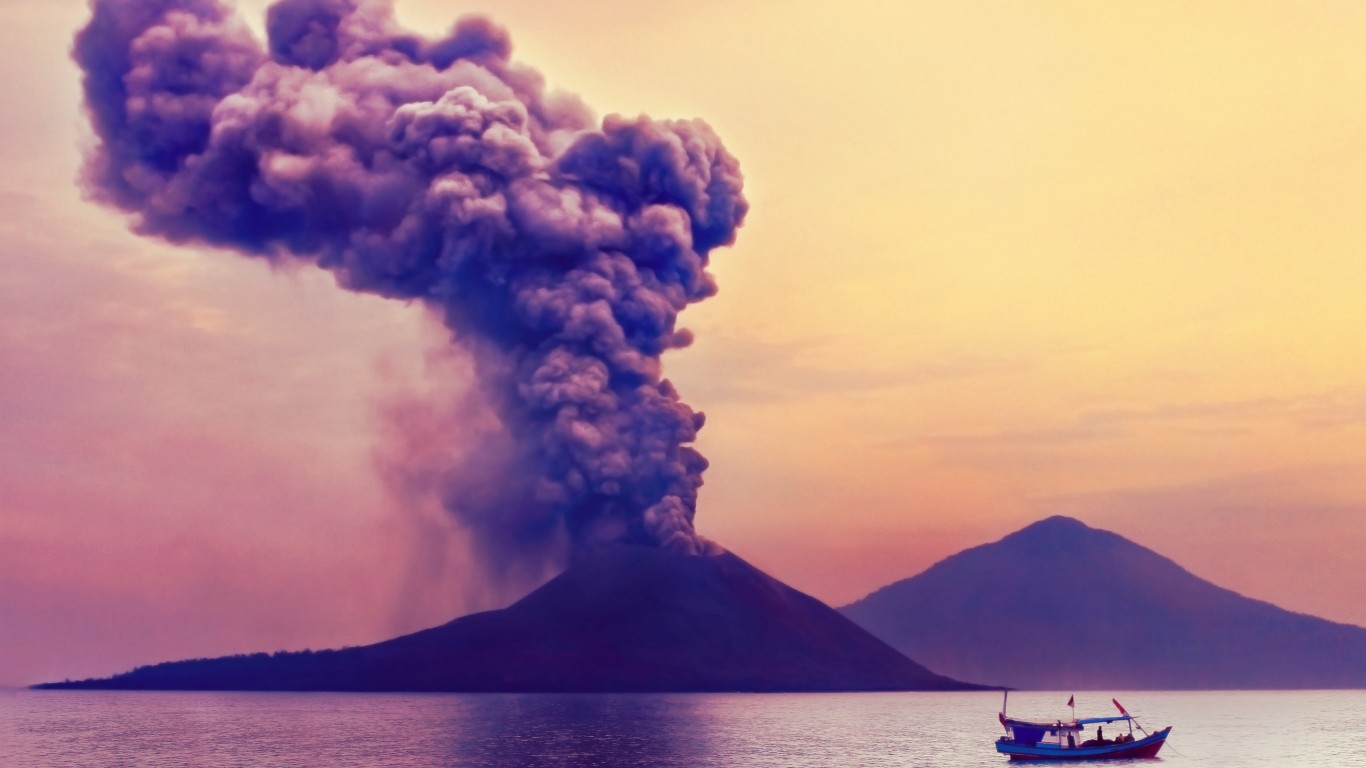 Krakatau — also called Krakatoa — is a caldera volcano in the Sunda Strait between the islands of Java and Sumatra, part of the Krakatau Archipelago. The volcano is famous for a violent eruption in 1883 so powerful that it was heard as far away as New Zealand and western Australia. The eruption and the ensuing tsunamis caused massive destruction and reportedly killed over 35,000 people in the region. (a 1968 movie about the eruption, “Krakatoa, East of Java,” had geographers scratching their heads: Krakatoa is actually west of Java.) The volcano remains active, with smaller eruptions throughout the 2010s. 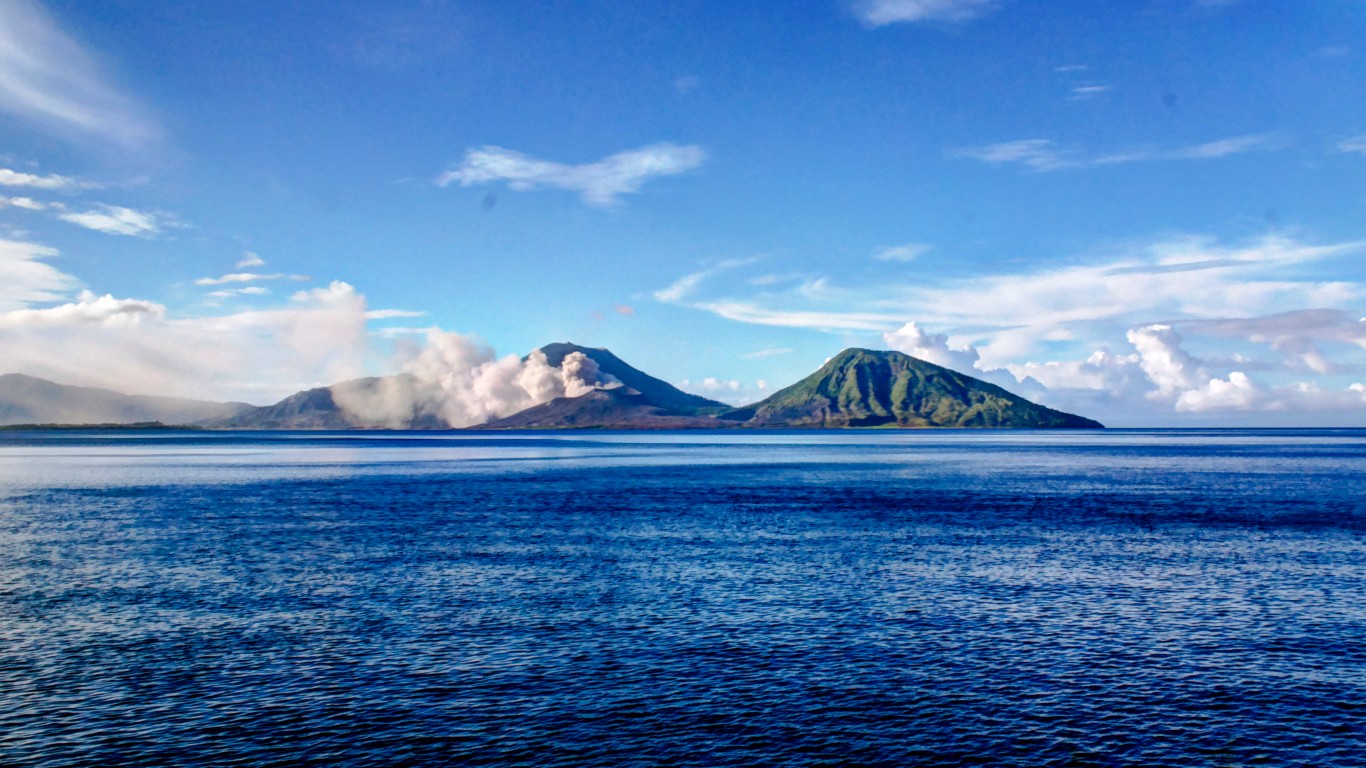 The town of Rabaul is built on a bay, surrounded by rising hills. While this may look like a protective place for a settlement, the bay is actually the bowl of the Rabaul volcano. The town was decimated by an eruption in 1994 that sent ash falling throughout the harbor and destroyed a large number of structures. The town remains inhabited and has been partially rebuilt but is considered to be in danger of being destroyed by future volcanic activity.

20 States With the Highest Risk of Flooding

How Unusual Temperatures Have Been Every Year Since 1950