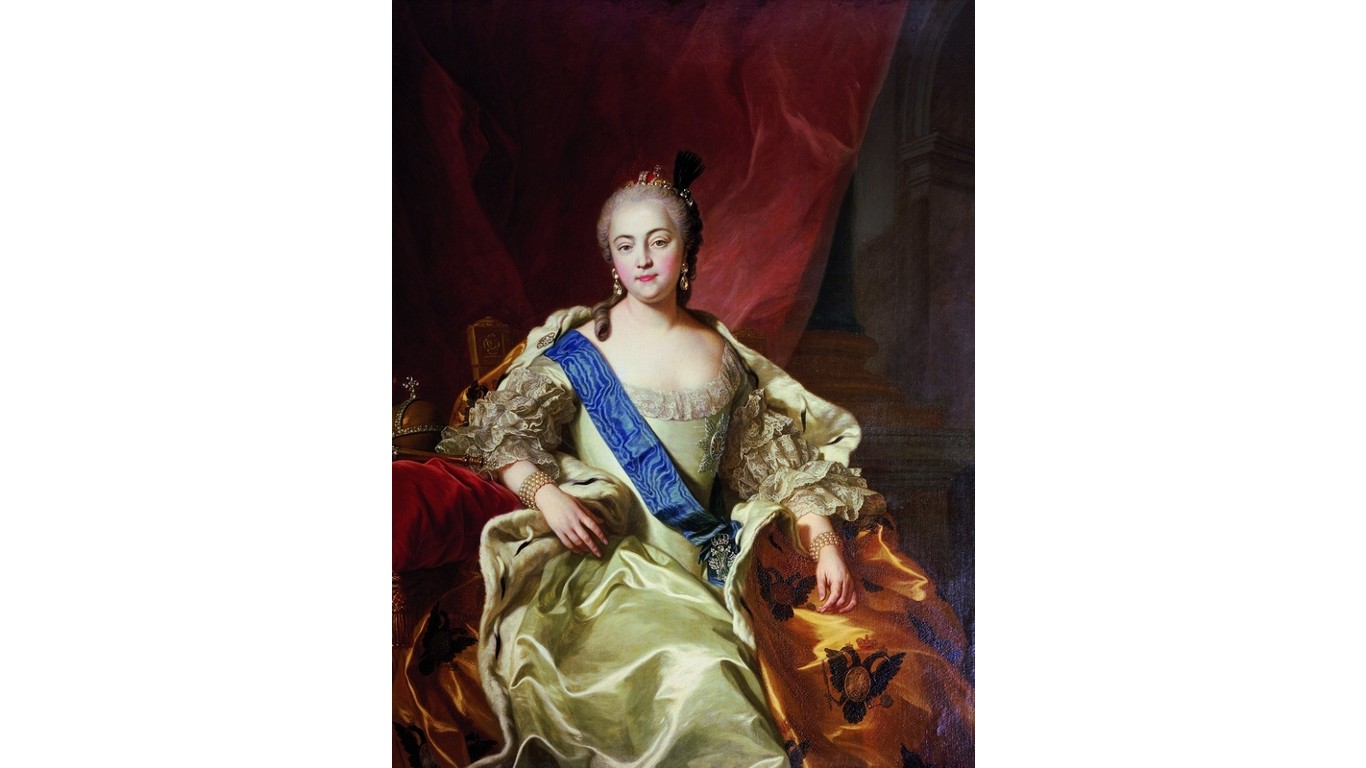 Said to have been beautiful and vivacious, Elizabeth was the daughter of Peter the Great and Catherine I. After staging a coup d’etat against Ivan VI and his mother, Elizabeth assumed the throne as Empress of Russia. During her reign, she restored some of her father’s reforms, but abolished others. Yet she supported education and the arts, founding Russia’s first university (in Moscow) and the Academy of Arts (in St. Petersburg). She also built the extravagant Winter Palace in St. Petersburg. 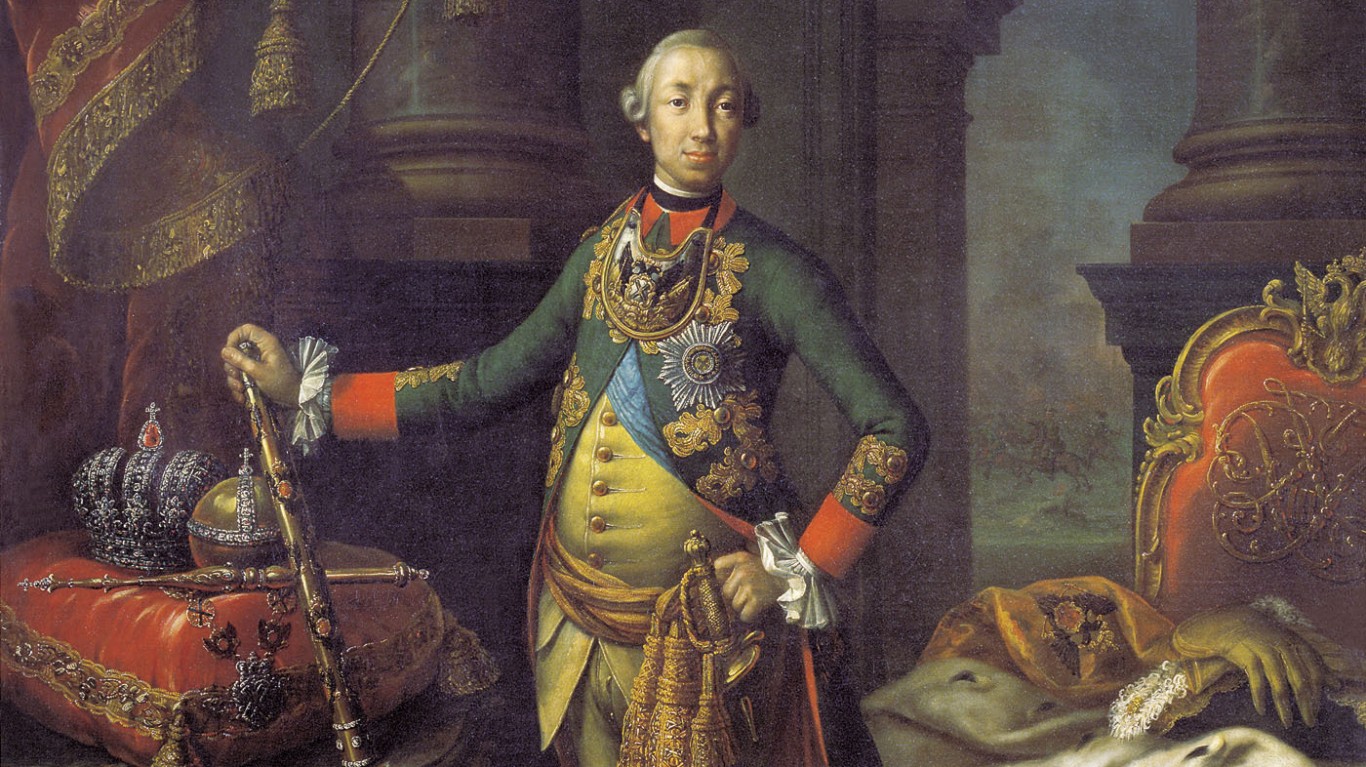 The son of Anna, one of Peter I the Great’s daughters, and Duke Charles Frederick Herzog von Holstein-Gottorp, Peter III was named heir to the throne by his aunt Elizabeth. In 1745, he married Sophie Frederike Auguste, a German princess, who took the name Catherine. The marriage proved fateful, as Peter III’s pro-Prussian stance alienated many Russians, including his wife. Fearful he would divorce her, Catherine conspired with the guards and her lover to overthrow her husband. Peter III was later arrested and killed while Catherine II ascended to the throne.

24/7 Wall St.
All of the Former Soviet Republics and What They’re Called Today 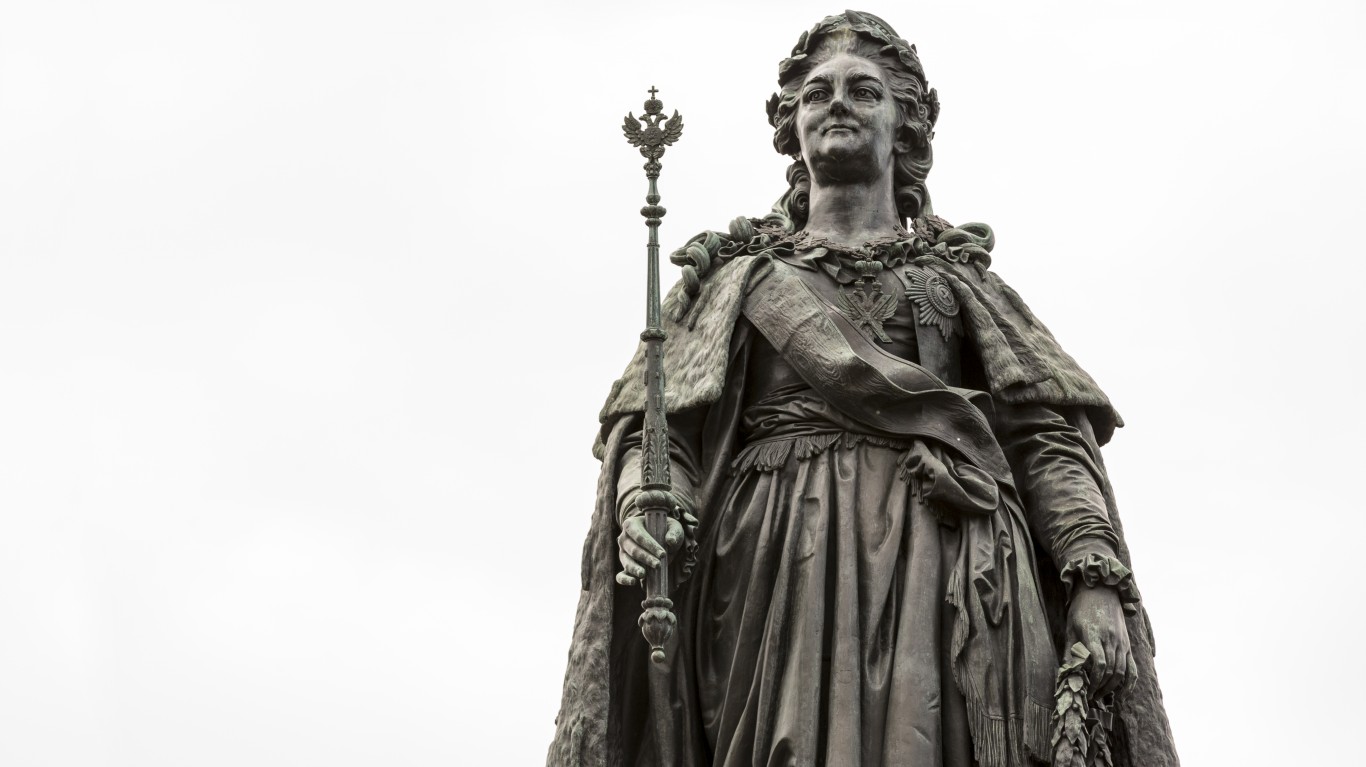 The ambitious German-born Catherine II the Great advanced Peter the Great’s integration of Russia into Europe and expanded Russia into the Crimea and much of Poland. She is also famous for having had several lovers during her lifetime. After her husband, Peter III abdicated and was killed, Catherine rose to Empress with the title Catherine II. She reigned for 34 years and was known for dedication to the Russian people. However, her proposal to free the serfs was never enacted due to opposition from landowners. 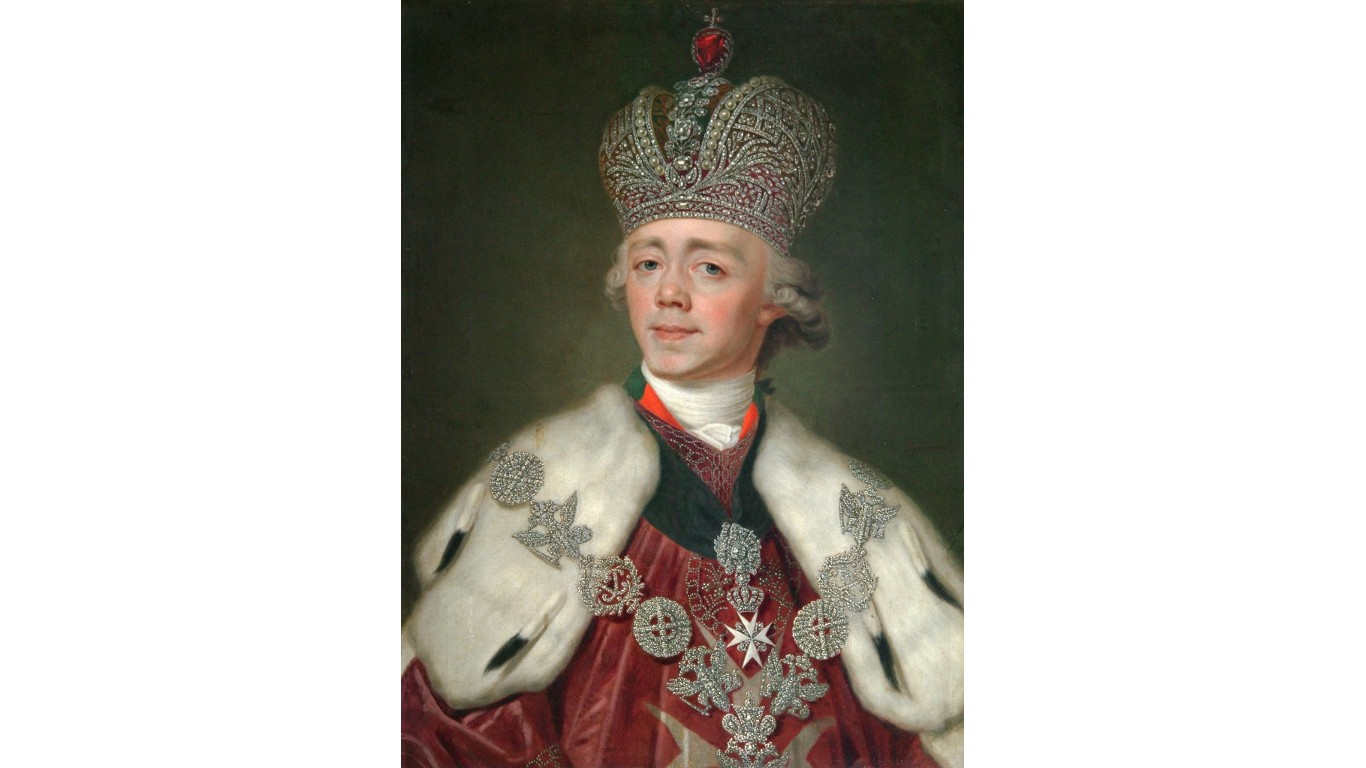 Son of Peter III and Catherine the Great, Paul I spent most of his youth away from the palace court. After he succeeded mother to the throne, Paul I solidified the power of the monarch by abolishing Peter the Great’s rule that each emperor could name his or her successor. Instead, he installed the male line of the Romanov family as sovereigns. Paul I so alienated the nobility with his strict autocratic policies that a cadre of civil and military officers conspired with his son, Alexander, to overthrow Paul I, who was assassinated in his bedchamber. 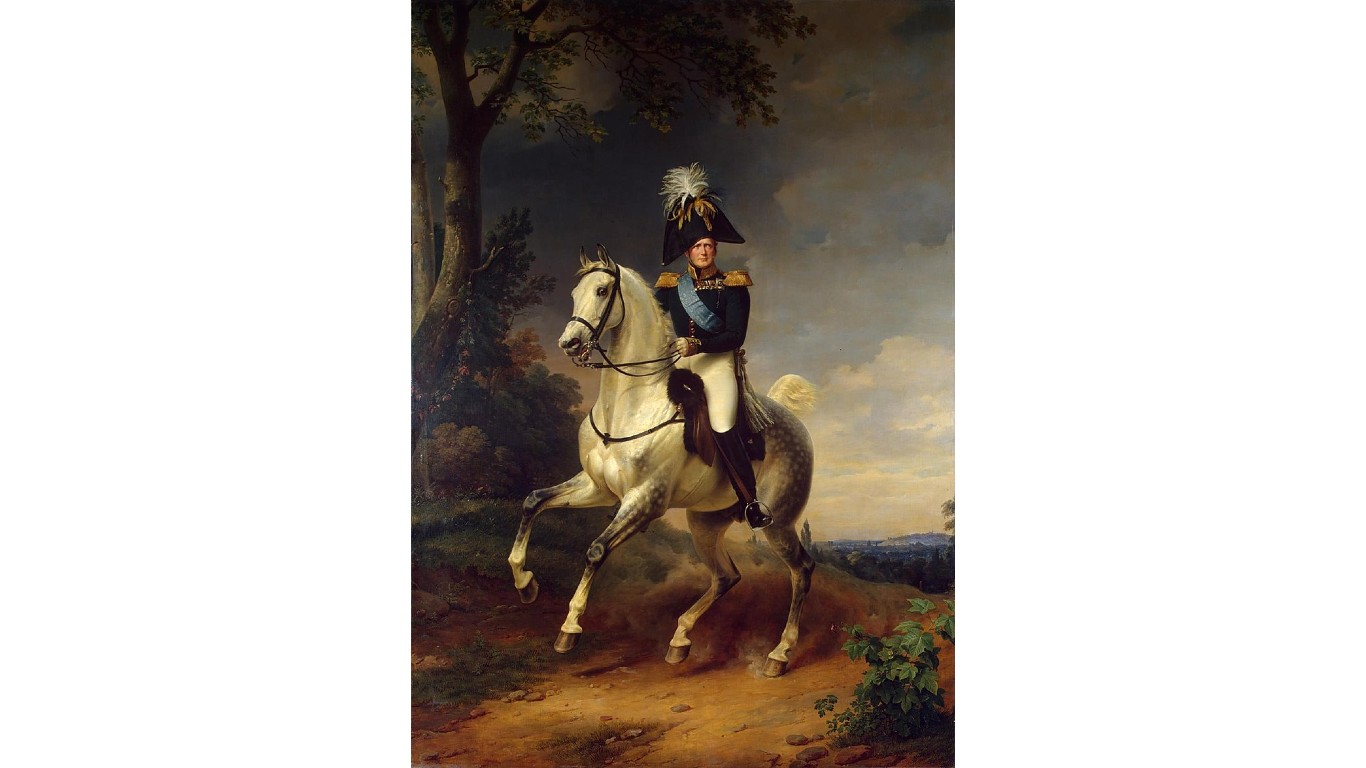 Taking the throne following the death of his father, Paul I, Alexander I reversed some of his father’s harsh dictatorial policies, but did not abolish serfdom. During the Napoleonic Wars, Alexander I both opposed and befriended Napoleon, but eventually formed a coalition that defeated the French emperor. He died suddenly in 1825.