Every Billion Dollar Weather Disaster in the US After 2020 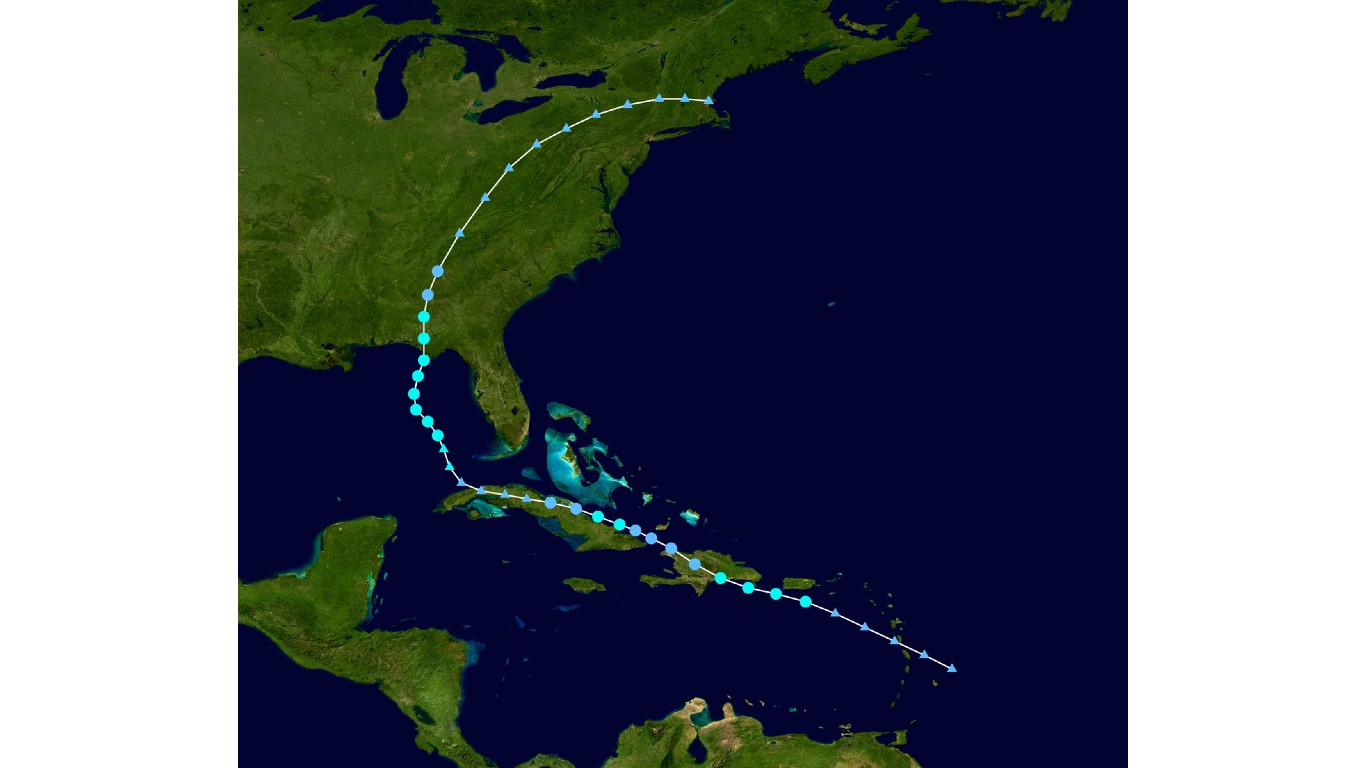 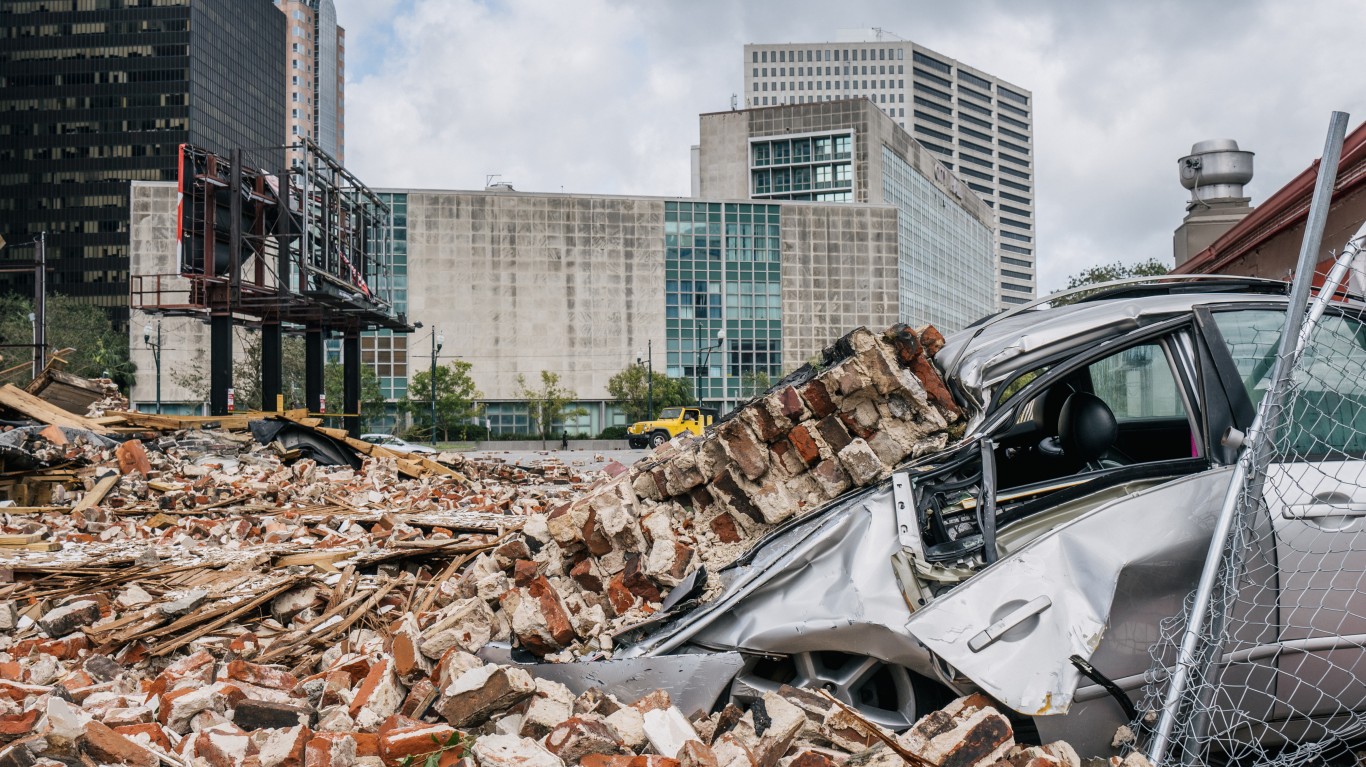 Hurricane Ida, a powerful Category 4 storm, made landfall in southern Louisiana. It is only the third hurricane to hit the state with sustained winds of 150 mph winds, dating back to 1856. The storm left behind widespread damage to Louisiana homes and infrastructure as it moved northward. Ida’s remnants merged with a storm front causing fatal flooding in the Northeast. New York and New Jersey issued their first ever flash flood emergencies, which covered the tri-state metro area of New York City.

ALSO READ: Cities at the Greatest Risk of Hurricane Disaster This Year 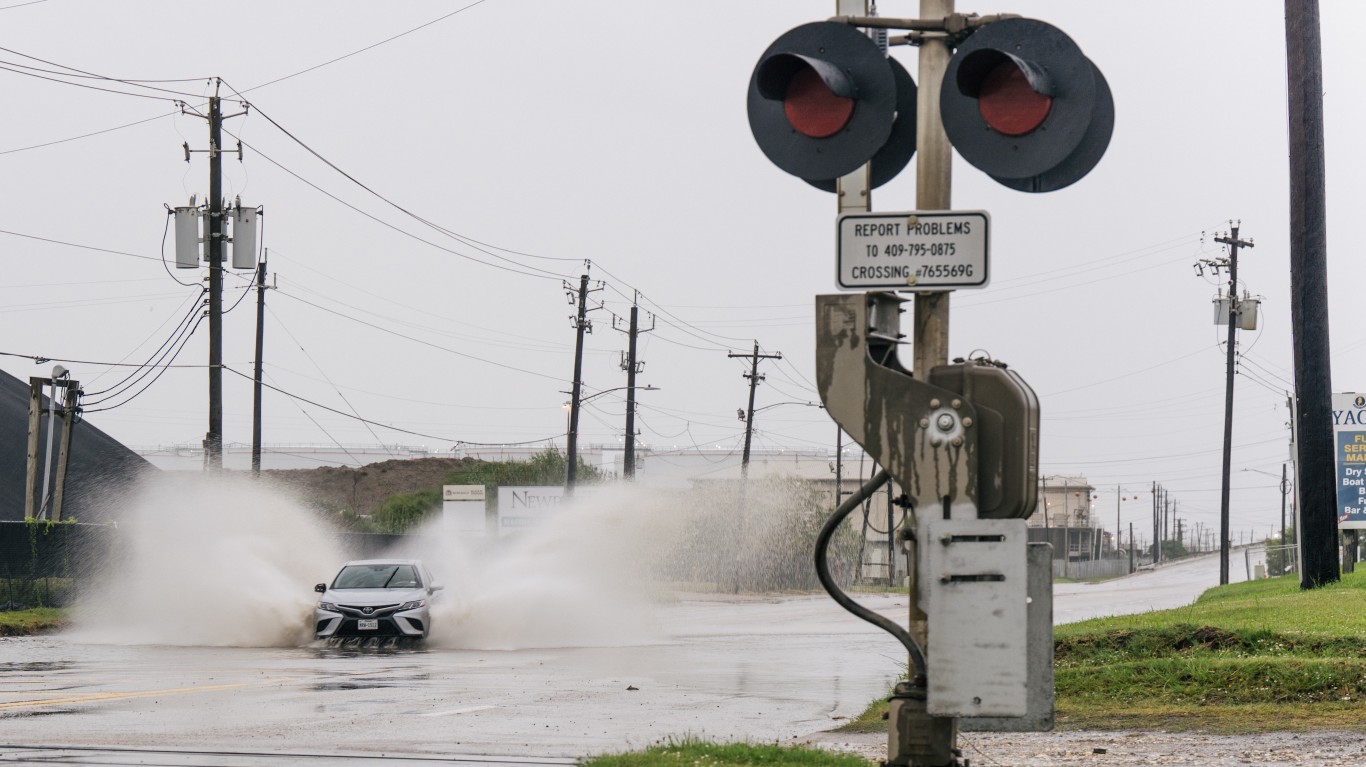 Hurricane Nicolas, a Category 1 storm, made landfall near Sargent Beach, Texas, and moved slowly into Louisiana. Some Gulf Coast communities were still cleaning up from Hurricane Ida when Nicolas caused further flood and wind damage. 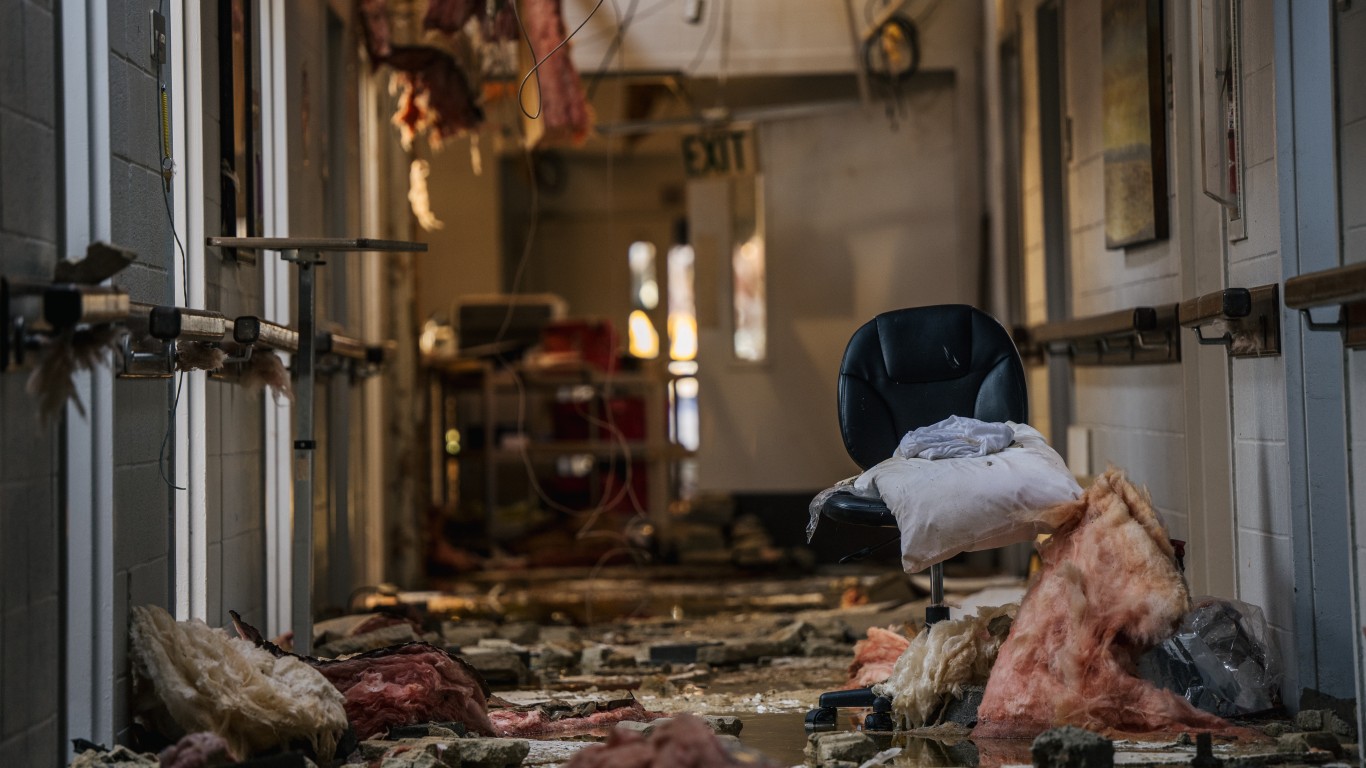 An unusual outbreak of tornadoes occurred in late fall in several central and southeastern states. The tornadoes included two EF-4 twisters that plowed across Arkansas, Missouri, Tennessee, and Kentucky. Tornadoes are considered EF-4 on the five-level Enhanced Fujita Scale if their sustained wind speeds range from 207 to 260 mph. This was the deadliest December tornado event on record, beating a similar outbreak in Vicksburg, Mississippi, in 1953. 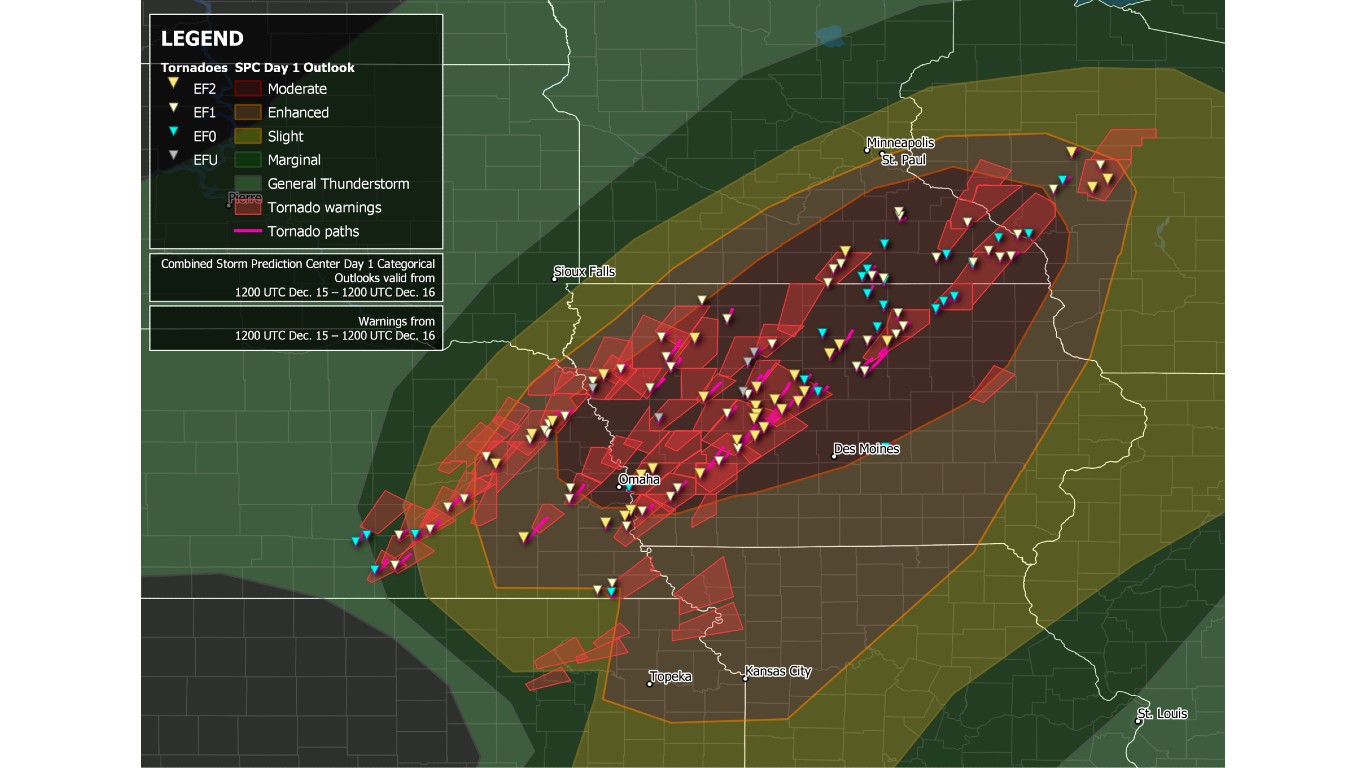 Just days after a tornado outbreak in central and southern states, parts of Kansas, Nebraska, Iowa, Minnesota, and Wisconsin were struck with hurricane force wind gusts from a storm system that also produced more than 50 tornadoes, inflicting widespread damage to properties and infrastructure. Minnesota recorded its first December tornadoes since 1950.