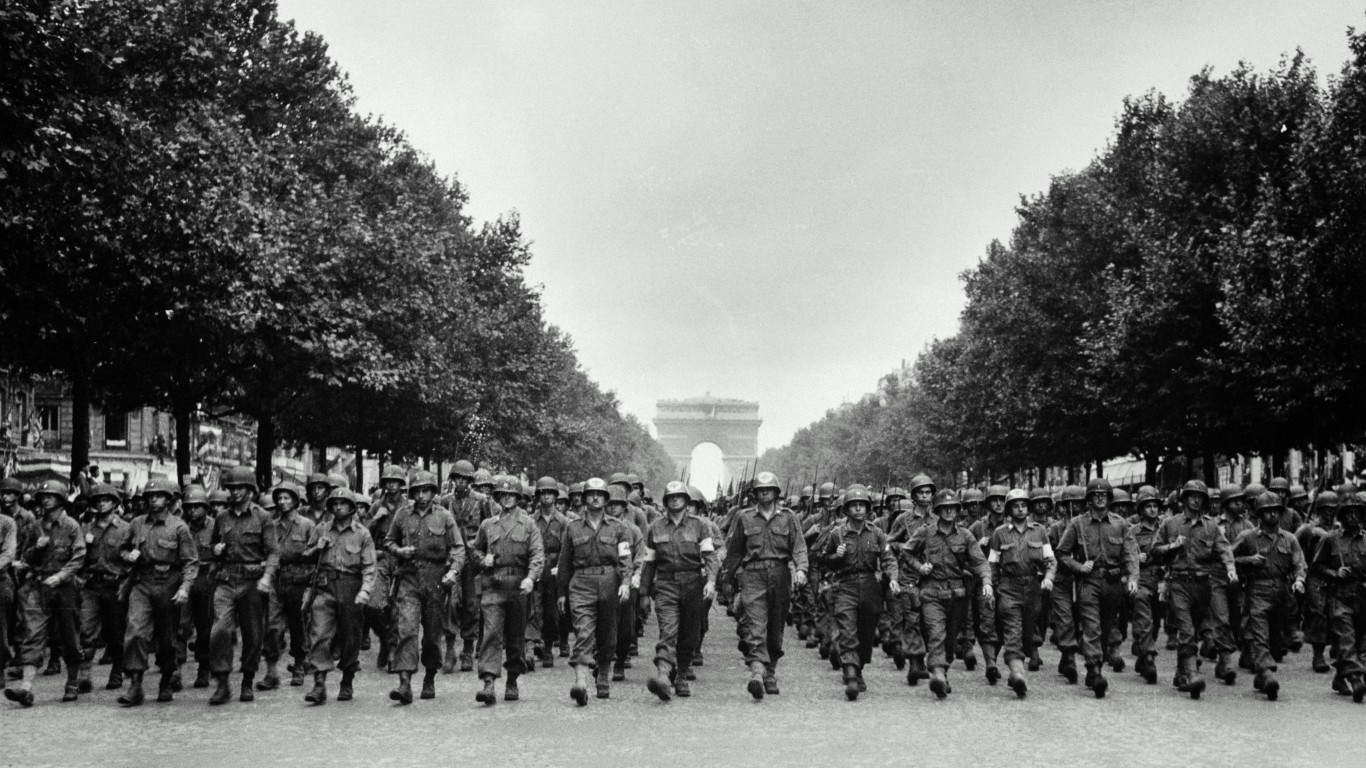 Which countries did the US fight during World War II?

The 1998 epic blockbuster film “Saving Private Ryan,” not to mention countless World War II documentaries on American TV over the decades, isn’t enough to enable many Americans to name the belligerents in a global conflict that killed tens of millions of people, including nearly 417,000 U.S. soldiers. According to a 2018 survey by the Woodrow Wilson National Fellowship Foundation, a staggering 60% of citizen respondents didn’t know that the primary enemies of the United States and its allies were Germany, Italy, and Japan.