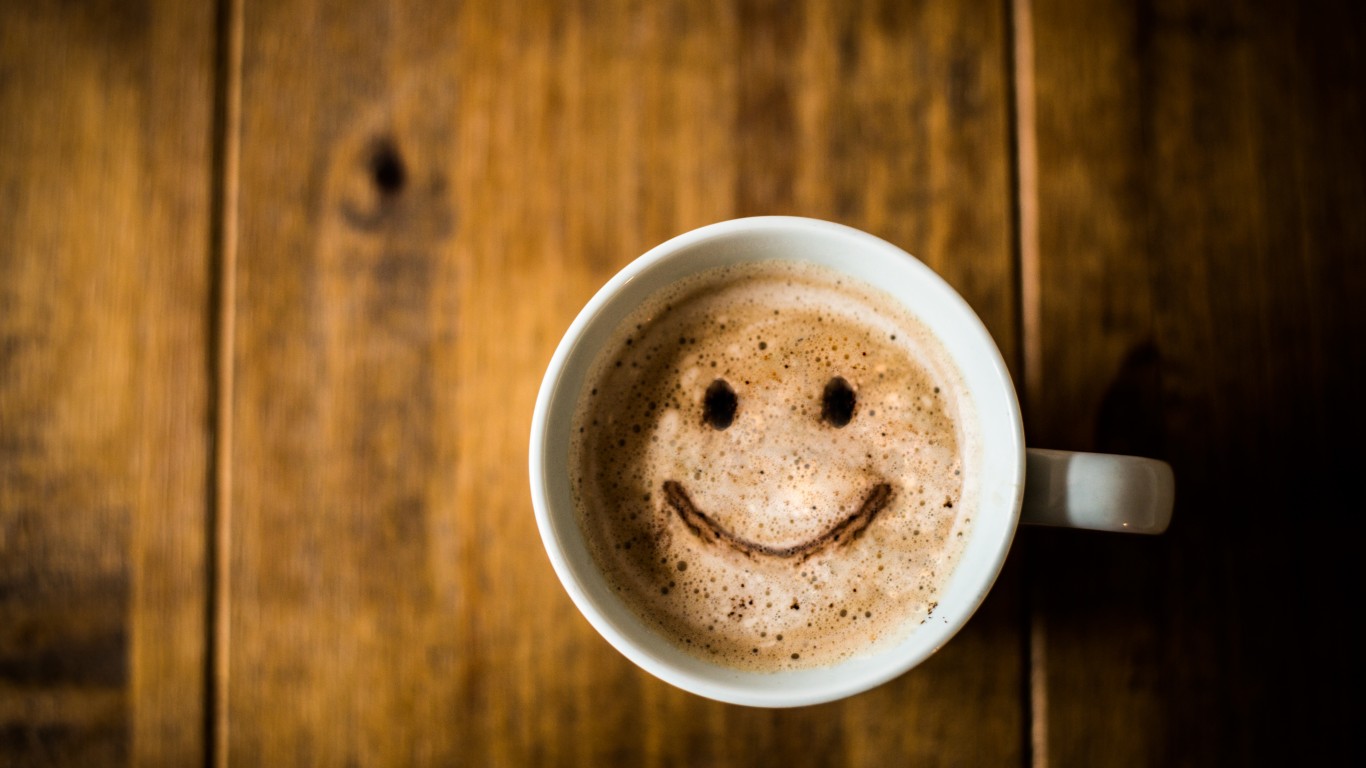 Have a coffee break

Coffee is more than just a jolt of caffeine in the morning. Caffeine, when consumed in moderation, has been possibly linked to reduced risk of a number of diseases and conditions, including depression, Parkinson’s disease, multiple sclerosis, and Alzheimer’s disease, according to some research. Coffee has been shown to lower the risk of stroke among older women, according to separate U.S. and Swedish studies. 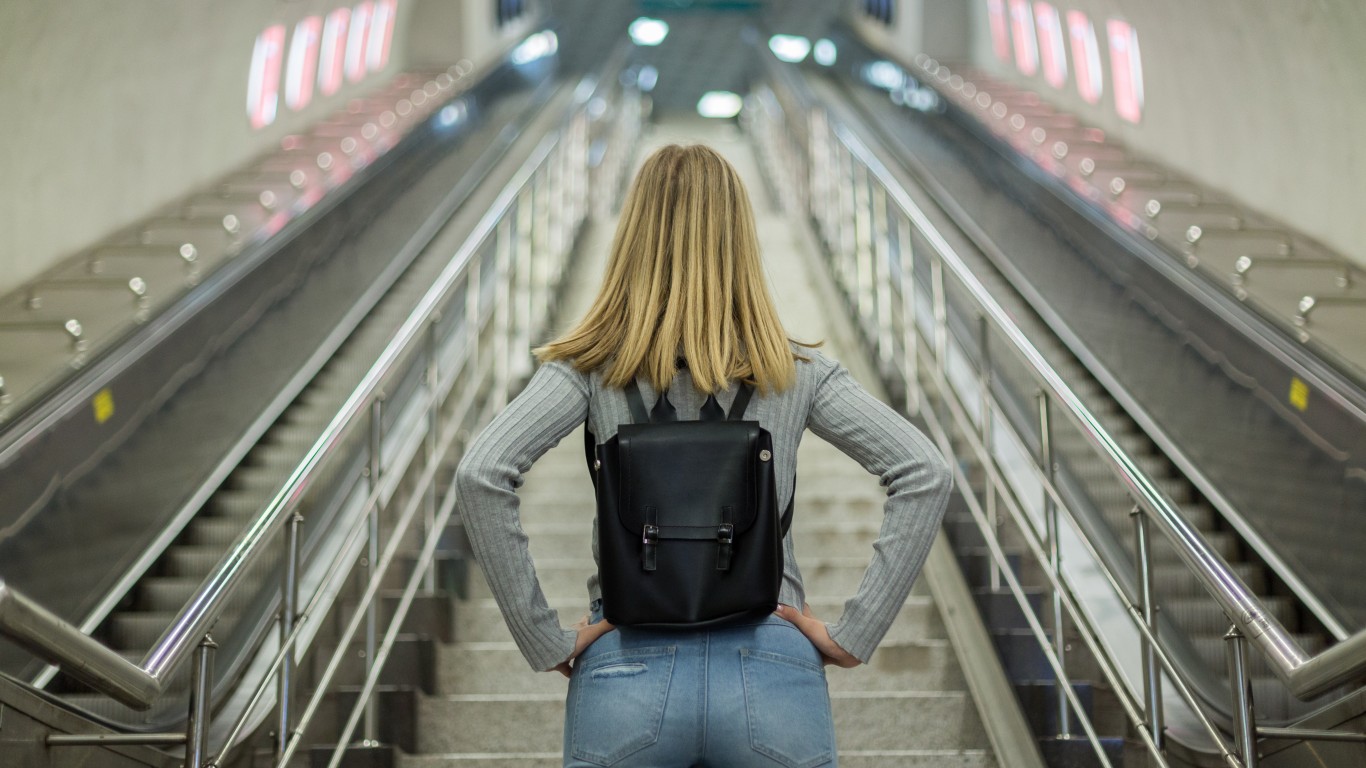 Take the stairs, skip the elevator

You don’t need a machine to be a stair master. Climbing stairs instead of taking the elevator burns more calories per minute than jogging; helps decrease stroke risk; boosts cardiovascular fitness; and strengthens muscles.

24/7 Wall St.
Drinking Too Much Coffee and 18 Ordinary Habits That Can Be Signs of Serious Health Problems 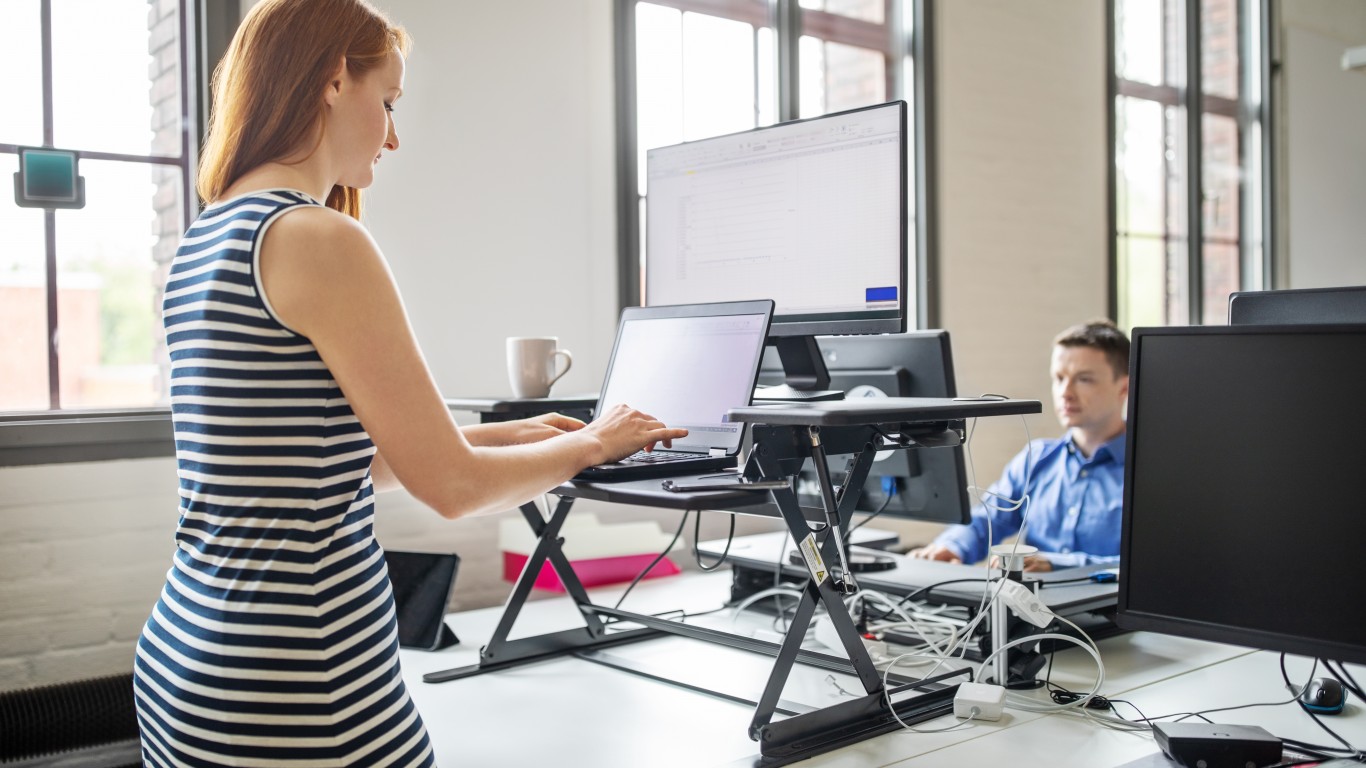 Use a standing desk 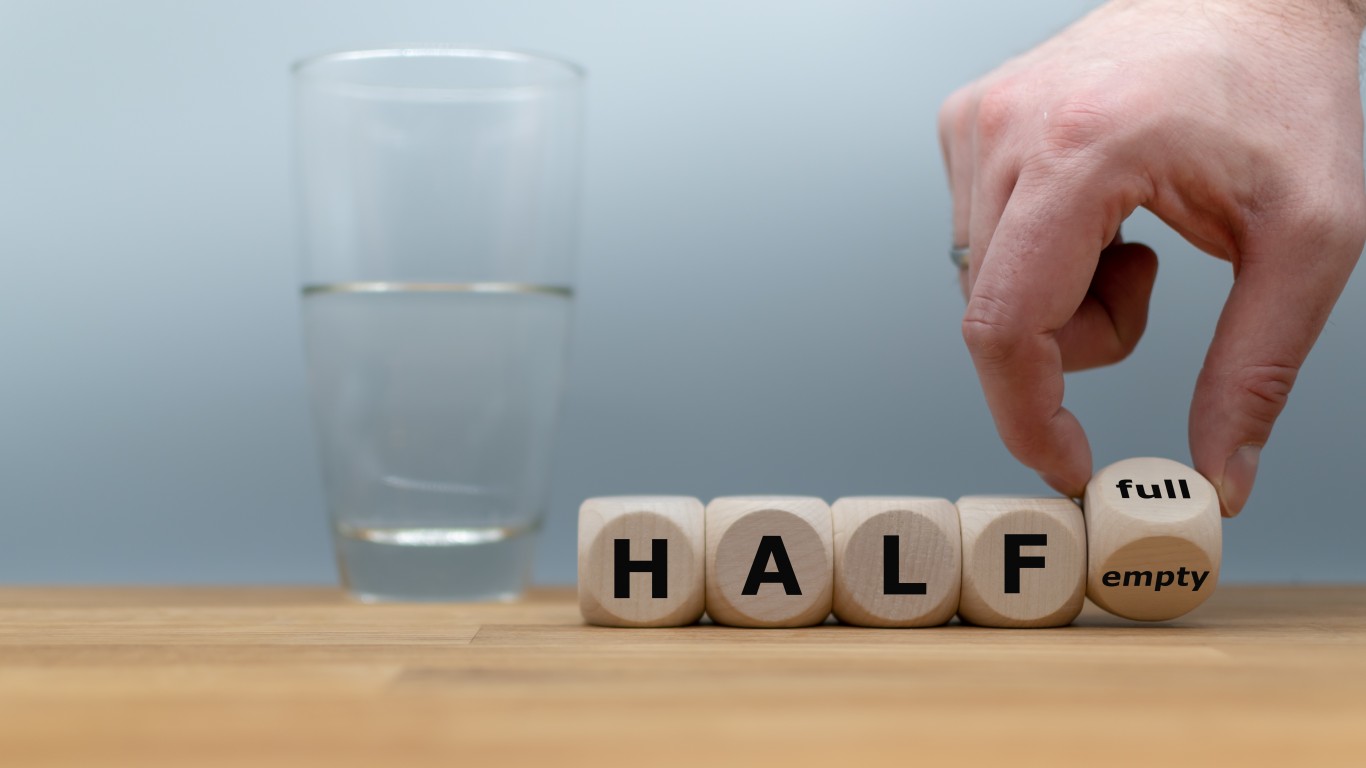 Look at the glass half full

Fight negative thoughts with positive ones. Try to always look at the bright side. By following negative thoughts with positives ones, you are training your brain to relax, increase positive emotions, and build happiness. A study by the University of Wisconsin-Madison found that simply perceiving stress as a good thing can reduce its negative effects. Data from the 29,000 study participants showed that those who took stress in stride were healthier. 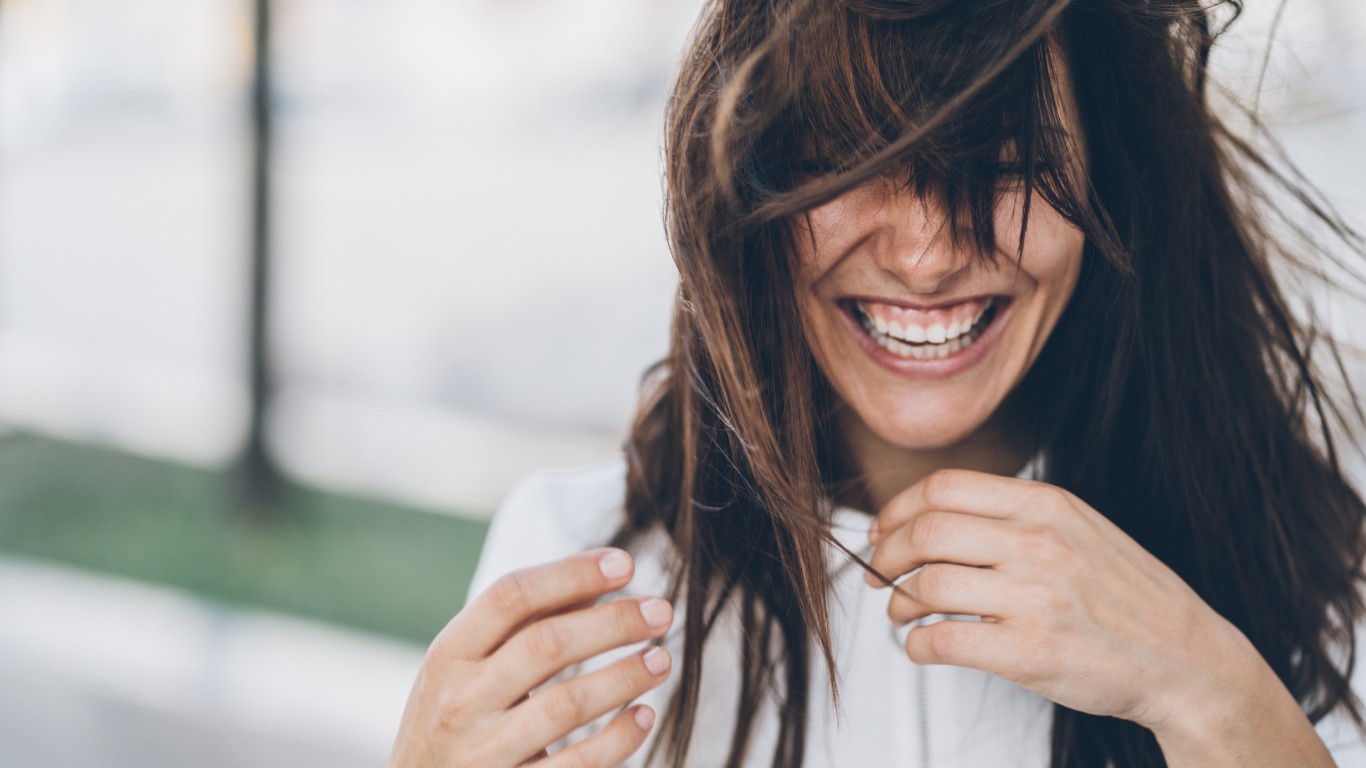 Imperfection allows people to embrace who they are and the possibility of improving. You can see imperfections as mistakes, as chances to be creative, or as special qualities. Some experts even say that the pursuit of perfection may actually be the biggest obstacle to being happy. People become consumed with the fear of failure, leaving no room for positive emotions.