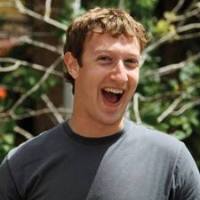 Today was the first real appearance by Mark Zuckerberg, CEO of Facebook Inc. (NASDAQ: FB), since the disastrous initial public offering came out in May. At the TechCrunch Disrupt conference Zuckerberg admitted that the stock performance since the offering has been an obvious disappointment. He also admitted that the drop in the share price does not do much to incentivize its employees. Zuckerberg even admitted that employees may choose to leave, but he tried to stave that off by saying it is a great time to stay as well.

Much of the initial focus was on the mobile opportunity by saying that there are 5 billion phones and far fewer computers. In what may be a blow to some, Zuckerberg said that the company burned two years by betting on HTML5 and it was the biggest mistake so far.

Zuckerberg admitted that he no longer inserts code himself as those who insert code are required to maintain that code. When asked if his code breaks his response was a bit odd even if it was a bit tongue in cheek: “Everything I do breaks, but we fix it quickly!”

Zuckerberg talked up his acquisition of Instagram, and he again said that Facebook is not building its own smartphone. On the phone he noted that the company might get 10 million, 20 million, or more users from it but that it wouldn’t be enough to move the needle.

Zuckerberg was asked about search after a comment about competition from Google Inc. (NASDAQ: GOOG) via Google+ and he said that there a billion queries a day.. mostly to find people, but also that there are many raw searches as well. He did hint that there is a huge opportunity there but they haven’t decided what to do or how to do it yet. He also admitted that he has a team working on search.

See comments from conference and video at TechCrunch