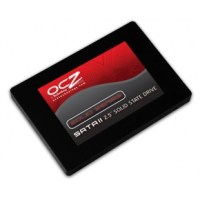 Solid-state drive maker OCZ Technology Group Inc. (NASDAQ: OCZ) announced this morning that it will file its 10-Q for the second quarter ended August 31 by October 15. But wait, there’s more:

The Company’s financial statements are still under review. The Q2’13 revenue will be materially lower than the September 5th preliminary revenue range of $110 to $120 million. This new revenue estimate and filing delay is principally due to the impact of customer incentive programs which were discovered subsequent to the preliminary announcement during the normal close process, and which the Company will be reporting as a material weakness in its Form 10-Q. The Company also expects to report negative gross margins and a significant net loss for Q2’13.

The consensus estimate for second-quarter revenues had been $119.69 million.

OCZ has been rumored as a buyout target for either of the major hard drive makers, Seagate Technology PLC (NASDAQ: STX) or Western Digital Corp. (NASDAQ: WDC), and such a transaction is still possible. One analyst has noted that even as OCZ’s stock has dropped about 50% since the beginning of the year, insiders continue to hold on to shares — a sign perhaps that a buyout might still be on the table.