Why Oppenheimer Got So Bullish on Alibaba 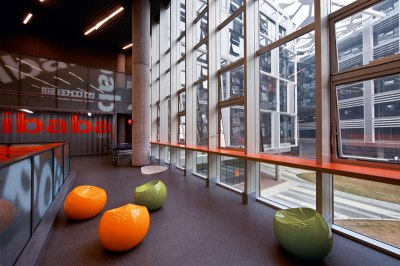 Source: Courtesy Alibaba Group
Alibaba Group Holding Ltd. (NYSE: BABA) has seen its shares trade higher and higher, although we may have seen a small sell-the-news reaction to the good news about Singles Day in China. Now we have word that Oppenheimer’s analyst Ella Ji has initiated coverage of Alibaba with an Outperform rating and a whopping $133 price target. What stands out here most is that the highest analyst price target at all other brokerage firms on Wall Street is $135.

The Alibaba dominance in e-commerce is represented by the largest user base and unmatched user engagement, with some 50 orders per active customer in 2014. That is exponentially higher than average orders for JD.com, Amazon.com and other Chinese peers.

Another boost was from a solid core growth profile, indicating that Alibaba’s Taobao and Tmall will deliver consolidated growth of 14% and 46% from 2014 to 2019 in gross merchandise value. The firm expects that Taobao will be Alibaba’s business hub that feeds traffic to the more profitable Tmall, as well as others in its ecosystem.

ALSO READ: 14 IPOs Scheduled for the Week of November 10

The world’s largest online/mobile commerce platform has now developed to be one of the most comprehensive ecosystems globally. In this report, we not only discuss Alibaba’s listed assets (e-commerce and cloud), but also provide a detailed analysis of its entire ecosystem, which adds substantial breadth & depth to the listed company. Together, they build up a long-lasting competitive barrier to entry & directly enhance the listed company’s top-line growth and margin profile. We think BABA is one of the best-positioned companies in the China Internet space by virtue of its strong brand, large and loyal customer base, and compelling network advantage.

Other key drivers were as follows:

Oppenheimer’s $133 price target equates to a price-to-earnings (P/E) ratio of 43, on top of the firm’s 31% earnings per share growth and fiscal 2016 earnings of $3.10 per share. Oppenheimer’s analysis also projects a potential benefit of $6.70 per share from Ant Financial, prior to any tax consequences.