What Avago Likely Sees in Broadcom 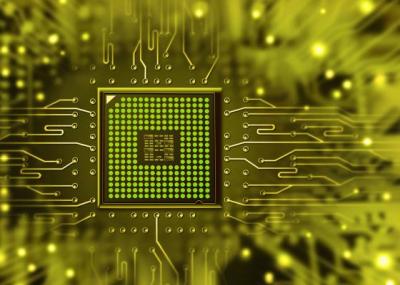 Source: Thinkstock
Broadcom Corp. (NASDAQ: BRCM) is said to be in advanced talks with Avago Technologies Limited (NASDAQ: AVGO) to be acquired. This could potentially be a huge move within the semiconductor industry if the Wall Street Journal “sources” are correct. This news break recent is potentially just one of a string of many proposed mergers that has occurred in the semiconductor field.

While news is of course massive here, what interest 24/7 Wall St. is what Avago would get by merging with Broadcom – new lines, larger share, new key customer wins, and on and on.

Avago has been the beneficiary of strong smartphone sales and mobile communications, as well as chips used in enterprise storage. Where this gets real interesting though is that Avago already completed its acquisition of Emulex, and it had previously gobbled up PLX Technology as well – and Avago has ben involved in several portfolio and unit deals with other key hardware makers and designers.

The simple logic in the chip space is that if an established company the size of Broadcom can get swallowed up by Avago, then there would almost certainly be quite a few other possibilities still out there for M&A in the semiconductor space. And this would make Avago a highly diversified player with an even more massive portfolio that gets used in enterprise systems, mobile, and communications.

ALSO READ: 10 Companies To Own for the Next Decade

Broadcom was originally halted for five minutes when the Wall Street Journal broke the news just before 2 p.m. Eastern. The reason behind the halt was a volatility pause, but if this for a formal deal announcement the halt would have been a “News Pending” halt.

Conceivably, if these talks can hold water, then counter offers for Broadcom are possible – potentially at other price points that may be a valuation difference (for better or worse) than what some might expect here. Some market watchers might think Intel Corporation (NASDAQ: INTC) could potentially be another bidder for Broadcom, but Intel would probably run into more antitrust issues with regulators inside the United States and in foreign countries than other buyers..

Broadcom has been the subject of rumor in the past. The difference here versus the past is that Broadcom has typically been considered the acquirer in most rumors of years past. As with all mergers, the buyer and the seller have to consider that they are in a more scrutinizing regulatory environment now. This might not be enough of a dominating force that regulators would block a deal, but one never knows for sure.