Why eBay Is Severing Ties and Equity Stake in Craigslist 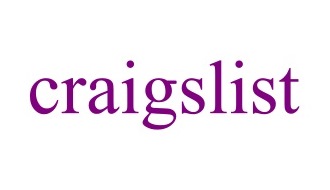 Source: Dedwox / Wikimedia Commons
It has been a long time since eBay Inc. (NASDAQ: EBAY) took an equity interest in Craigslist. About 11 years or so. Now eBay is selling its stake back to Craigslist. What may matter more than the actual dollars here is the reason eBay is severing its ties.

As a reminder, eBay’s acquisition of PayPal in 2002 was initially valued at $1.5 billion. Back then, eBay’s revenue was approximately $266 million for the quarter, versus a PayPal guidance of revenues between $53 million and $54 million. The combined revenue for eBay, which still includes PayPal, is expected to be almost $4.5 billion for the June quarter.

The eBay news release on Friday was so small that it seems almost inconsequential to the company. eBay’s release simply said:

With the terms being confidential, it is hard to know what eBay really received for its equity stake sale to Craigslist. It could be close to nothing, or it could be substantial. Right now, eBay seems to be in a house-cleaning mode while it continues to prepare for the spin-off of PayPal. What this does more than anything is remove one more legal case that could have potentially enjoined PayPal in that pending spin-off.

Also seen this week was the eBay and PayPal separation ratio for the upcoming split. The SEC filing showed that each eBay stockholder will receive one share of PayPal common stock for each share of eBay common stock held.