Why Analysts Just Cannot Get Enough of Intel, Even at 17-Year Highs 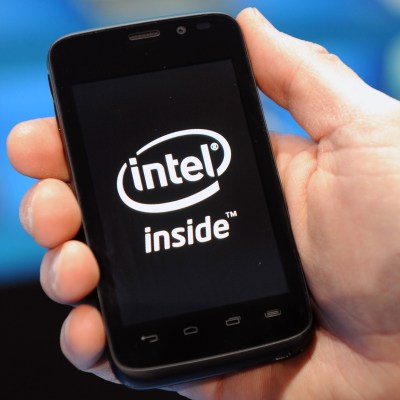 Source: courtesy of Intel Corp.
Intel Corp. (NASDAQ: INTC) is moving beyond just being a processor company for PCs and servers, and the chip giant is being rewarded handily for that move. While 24/7 Wall St. covered the earnings in depth, the reality is that all new initiatives appear to be firing on all cylinders for Intel. So much for the world only being about NVIDIA and AMD!

What stood out ahead of earnings was that Intel’s stock price was up 1.4% at $41.35 before the report. In fact, the stock hit a 17-year high dating back to that old technology and internet bubble that burst back in the year 2000. Even at these highs, you might be shocked at how low an earnings multiple the market is still assigning to Intel.

The reaction after earnings was even more impressive, and Intel was trading up over 7% at $44.40 late on Friday. Intel was rewarded by seeing about $14 billion in market value added in the week. And Intel’s guidance was solid too.

24/7 Wall St. tracks many key analyst calls in key stocks each day and week. Intel’s pre-earnings consensus analyst target price target was $40.80. That consensus target was up at $44.12 on Friday and is likely to be adjusted higher next week when the catch-up analyst calls are seen.

While many analysts reiterated and maintained their ratings on Intel, there were some upgrades that stood out.

Merrill Lynch raised its rating on Intel to Buy from Neutral with a $49 price objective from a prior $42 objective. The report signaled that Intel’s “beat and raise” quarter addresses concerns over competition and cash flow generation. The team sees Intel not being first but still having a pipeline to benefit in new markets, with its growth products now at 45% of sales with 10% compounded growth ahead. The team even thinks that Intel’s unexpected cost discipline can drive free cash flows up 15% annually at a time that Intel is valued at less than 13 times earnings, while it has a 2.7% dividend yield and $13 billion left in buybacks.

The company has exhibited solid long term growth in data center/servers where it has 90%+ market share and which are being driven by emerging consumer cloud applications, and incremental opportunities in mobile, memory, and the internet of things. In conjunction with improved operational execution, we believe Intel’s many growth vectors can help offset the incremental competition from AMD and Nvidia and from declines in the PC market.

Intel’s chart, according to Merrill Lynch’s technical team, even indicated that the new base for the stock sets the stage for longer-term upside, with upside projections at $51 first and perhaps $61 to $62 further down the road.

Other big price targets have raised as well. The actual ratings don’t really matter, but it is interesting to see that the consensus analyst target went up almost 7%. Many price target hikes seen from Friday alone:

Anyhow, you get the idea. Analysts are chasing their tails to raise their price targets on Intel in the wake of it acquiring Mobileye and Altera. The fact that many of the analysts have missed out for so long may be because they thought AMD and NVIDIA were the only paths forward for artificial intelligence, virtual reality, the internet of things, graphics, processors and so on.