Why Goldman Sachs Is So Incredibly Bullish on Cisco Systems 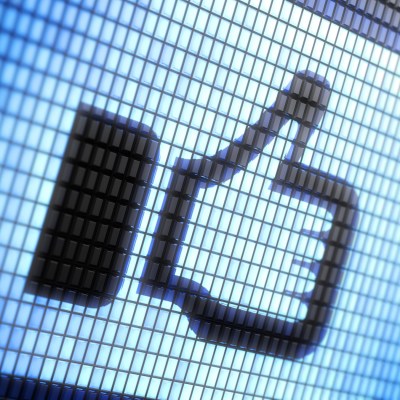 Source: Thinkstock
Cisco Systems Inc. (NASDAQ: CSCO) has come back into focus for investors in 2018, and the networking and security giant was actually the top performing stock on the Dow Jones industrial average year to date. Now a bold new analyst call from a widely recognized firm is targeting much more aggressive upside ahead in a much stronger call than most other firms.

Cisco was already rated as Buy at Goldman Sachs, but the firm’s Rod Hall moved the stock on to the prized Conviction Buy list. Hall also juiced up his price target to $54 from $51. That represented 25% in implied upside from the prior $43.07 closing price, and that is before considering Cisco’s nearly 3% dividend yield for longer-term total return investors.

Note that most analyst calls from bulge bracket brokerage firms tend to have upside price targets implying total returns of 8% to 10% at this stage in the bull market. Those targets can even be as much as 15% on average in some of the other largest mega-cap stocks, so an upside of 25%, plus the 3% dividend, is greatly above average, as well as greatly above the consensus analyst target price. This analyst call may have a little bit for everyone: growth, value, dividends and buybacks.

24/7 Wall St. has tracked several pieces of fresh news that would offer support for some upside interest by investors. Cisco recently found itself among 13 fresh dividend hikes and buybacks that are just too large to ignore. In mid-February, after earnings, 24/7 Wall St. covered the many analysts raising their price targets on Cisco. Most of those targets are under this new one from Goldman Sachs.

As far as what Goldman Sachs sees here for even stronger upside, Hall considers Cisco a defensive stock at this point, at a time when stock market volatility may be rattling the nerves of many investors. And Hall sees Cisco’s end markets as healthy and improving. This could lead to earnings and revenue growth upside to consensus estimates in the coming quarters and years.

Along with increased buybacks targeted from Cisco, the Goldman Sachs report said this:

We expect Cisco to deliver significant returns to shareholders from the recently enacted tax laws. Indeed, the company has already announced a $25 billion increase to share repurchase authorization, and hiked its dividend payout ratio to nearly 50 percent (of earnings).

One additional driver is that capital spending growth has returned to the telecom sector. And Hall sees Cisco generating higher cash flows for a company that is already trading at a steep discount to many technology giants.

24/7 Wall St.
Why Analysts Are Still Bullish on Micron Technology

Thomson Reuters now shows the Cisco consensus target price at just $48.74, but the median price target is $50.00. Those targets were closer to $40 on both a mean and median level at the end of 2017.